I didn’t even scratch the surface of WHY Madonna’s “Aretha Franklin tribute” was so offensive. You know why? Because it was obvious, and because Madonna loves this. She loves the fact that we’re talking about how bloody offensive she was. She loves the fact that she got to stand up there and talk about herself and that we’re still talking about her too. She feeds on this. She always has. The fact that Madonna – of all people – was chosen for the tribute and that MTV didn’t seem to vet this sh-t at all was disturbing enough. But now Madonna is trying to play it like she has no idea why we’re reacting to it. Thus, she ensures another day of coverage. She posted this message on her Instagram:

Im with the Winner!! The beautiful @camila_cabello ! So proud of her! 🌈💕🎉. And just to clarify: I was asked to present video of the year by MTV! And then they asked me to share any anecdotes I had in my career connected to Aretha Franklin! I shared a part of my journey and thanked Aretha for inspiring me along the way. I did not intend to do a tribute to her! That would be impossible in 2 minutes with all the noise and tinsel of an award show. I could never do her justice in this context or environment.

Unfortunately most people have short attention spans, and are so quick to judge. I love Aretha! R.E.S.P.E.C.T. 🙏🏼. I Love Camilla! Congrats! I LOVE my dress! AND. I love-L O V E!! ♥️ and there is nothing anyone can say or do that will change that. #vmas #postivevibes

If this seems like an utter lie, that’s because it is. Variety spoke to Jesse Ignjatovic, the executive producer of the VMAs, several days before the show. Ignjatovic spoke about their last-minute plans to pay TRIBUTE to Aretha, saying:

“That’s our big focus now,” Ignatovic says. “Even [considering] how many times she performed here, her connection to MTV in the heyday of music videos on the channel, and just what she means to music. We have our pie-in-the-sky dreams, but she’s one of the all-time greats so we have to do her justice.”

Asked whether the tribute will feature a single performer or an ensemble, it seemed that — not uncommonly for such situations — the final plan is still coming together.

“It could land on either,” he says. “It’s such a scramble to figure out what to do, we have to make sure whatever we do is true to her art. We don’t want to do anything too kooky, it’s got to be organic.”

Which means that what MTV producers came down to was a tribute (there’s that word again) involving a photo/video array behind Madonna saying words. I bet MTV offered Madonna a script too – even though she’s Madonna, I sincerely doubt they were like “oh, just say whatever you want, we know you’ll be brilliant.” Just as I’m sure that’s what Madonna heard. While I blame MTV – seriously, it’s their signature show and they f–ked it up – Madonna also deserves a decent-sized chunk of the blame too. She made the choice to get up there and turn the tribute into The Madonna Show.

#VMAs: The Queen of Pop @Madonna pays tribute to the Queen of Soul, Aretha Franklin: "I want to thank you, Aretha for empowering all of us. R-E-S-P-E-C-T. Long live the queen." pic.twitter.com/ugdxbr48Gz 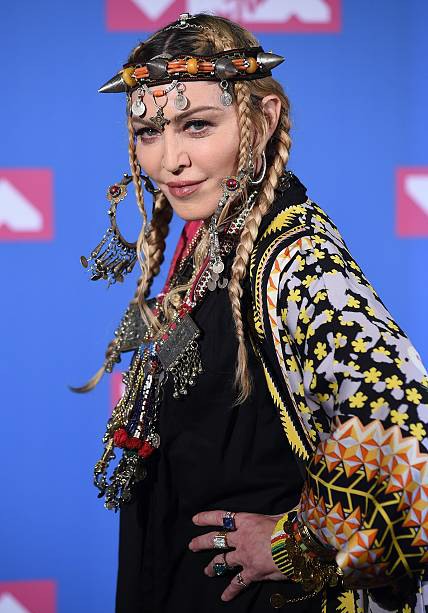 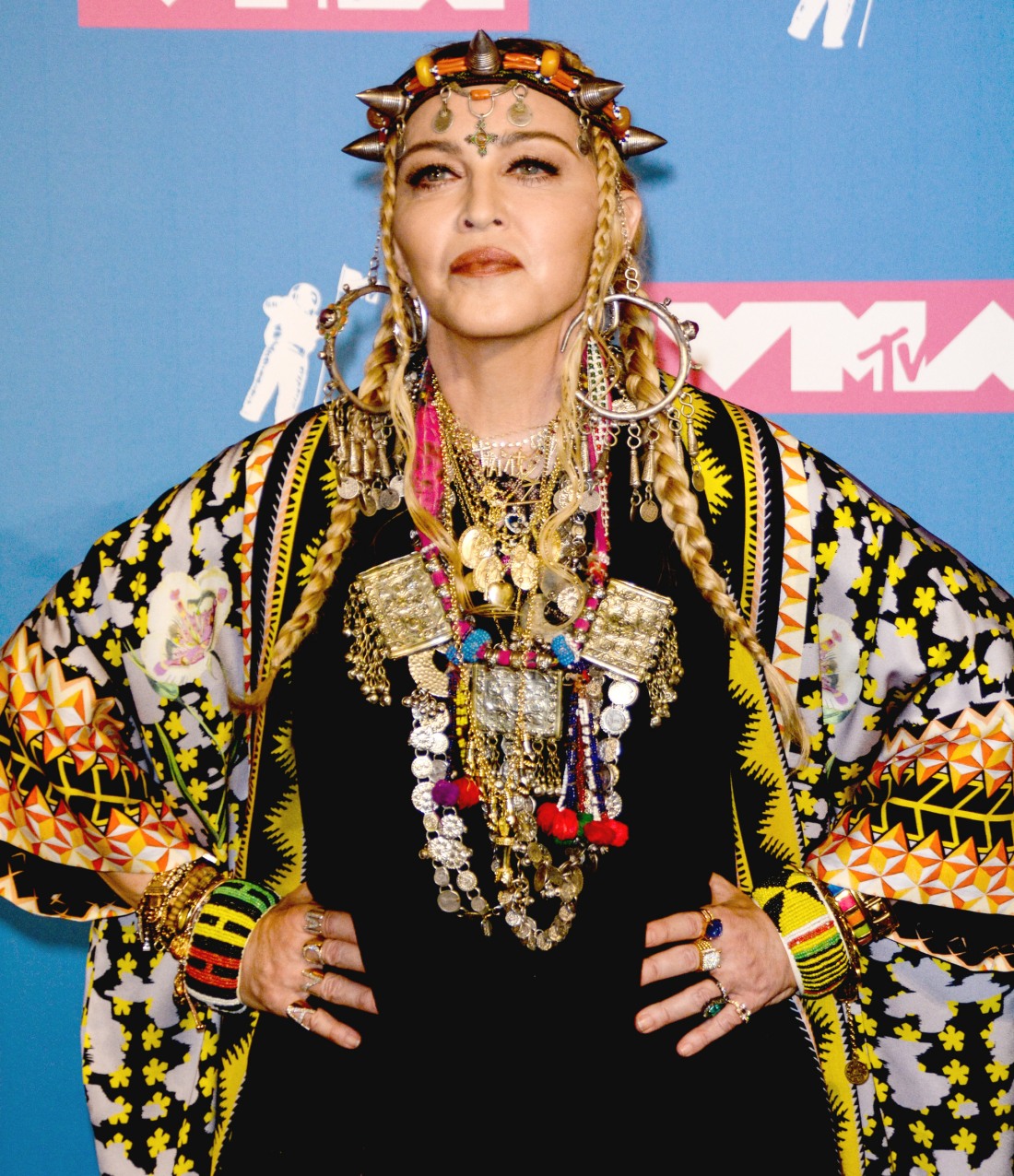