Hilary Duff hyped the new baby to her son: ‘I’m going to chase you with her dirty diapers’

Hilary Duff has partnered with Jiff Peanut Butter and the Boys & Girls Clubs for their Imagine If, With Jif program . Each year families “submit their kids’ ideas on projects meant to make the world a better place,” and the winning idea is given $15,000. It’s an exciting program and I’m happy it’s still going strong. Another project Hilary is working on is welcoming a baby girl with boyfriend Matthew Koma. At the Imagine If launch recently, Hilary told AOL that her six-year-old son with ex Mike Comrie, Luca, was not always so excited about the addition to the family. I don’t know, listening to Luca’s logic and Hilary’s explanation of what to expect, I think I’m with Luca on this one.

When Hilary Duff told her son, Luca, 6, that he was going to be a big brother, he wasn’t immediately thrilled about the exciting news ― in fact, he’s actually “a little nervous” about the prospect of having a little sister.

“The first conversation was pretty sad,” Duff told AOL’s Gibson Johns during a recent sit-down at the Imagine If, With Jif launch. “He was like, ‘Why?’ Because it’s been just us for six years!”

Since she broke down for Luca what this means for them as a family, he’s begun to come around on the idea of welcoming another person into the fold.

“I was like, ‘Dude, you have no idea. This is going to be a really good thing for our family. Mom has so much room in my heart for you and a sister and you’re going to have so much fun watching her grow and teaching her things,’” she recalled to us. “I also told him that babies are funny! I was like, ‘And I’m going to chase you around with her dirty diapers sometimes.’ And he was like, ‘Nooo!’ If I keep it lighthearted, then he has fun with it and I do think he’s excited. He’s touching my belly now and saying ‘goodbye’ to her when he goes to school.”

I hear ya’, Luca – if it’s not broken, why fix it, right? That’s my cat’s logic since we’ve begun discussing adopting another dog. I’m always interested in what drives a kid’s desire for more siblings. I remember kind of wanting a little sister but only because I was 1) the only girl and 2) the youngest so I wanted someone younger (I dropped that thought as soon as I realized how much the youngest gets away with). My kids have both said they don’t want us to have any more kids. But my friend’s kid, who is a preteen and has a younger brother, has begged for another baby since she began talking.

Regardless of Luca’s trepidation, I can’t get behind Hilary’s explanation of how it’s going to be fun. From personal experience, nothing involving a dirty diaper is fun. Nothing. But I do like her logic of presenting the idea as an entertaining adventure. Babies can be fun… but they are also a lot of work so I hope Hilary is also setting up a few expectations of the changes Luca can expect. One thing Hilary said that helped bring Luca around is spending time with Hilary’s sister Haylie’s two-month-old daughter. I’ll bet it has, and that’s a great transition from spending time with a baby to having one around full time. The story about Luca saying goodbye to Hilary’s stomach was sweet. Luca will be a great older brother. And for the record, I still back Luca’s bid to name the baby Cofant Croissant.

Younger peeps – did everyone see the finale? Thoughts? I hate to say it, but I am kind of over the whole thing. The only people I came out of this season liking is Diana, Lauren and Maggie (most of the time). At this point, I just want a for a Diana/Lauren spinoff, which I would watch the hell out of. 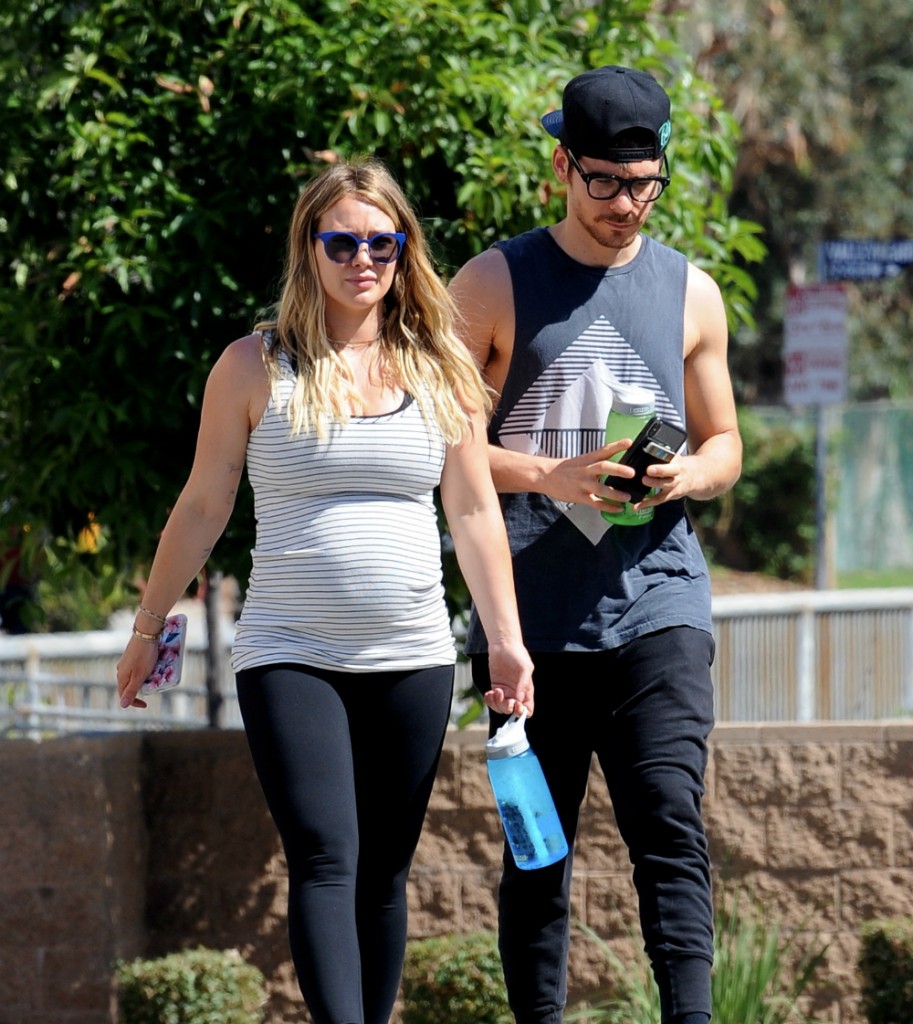 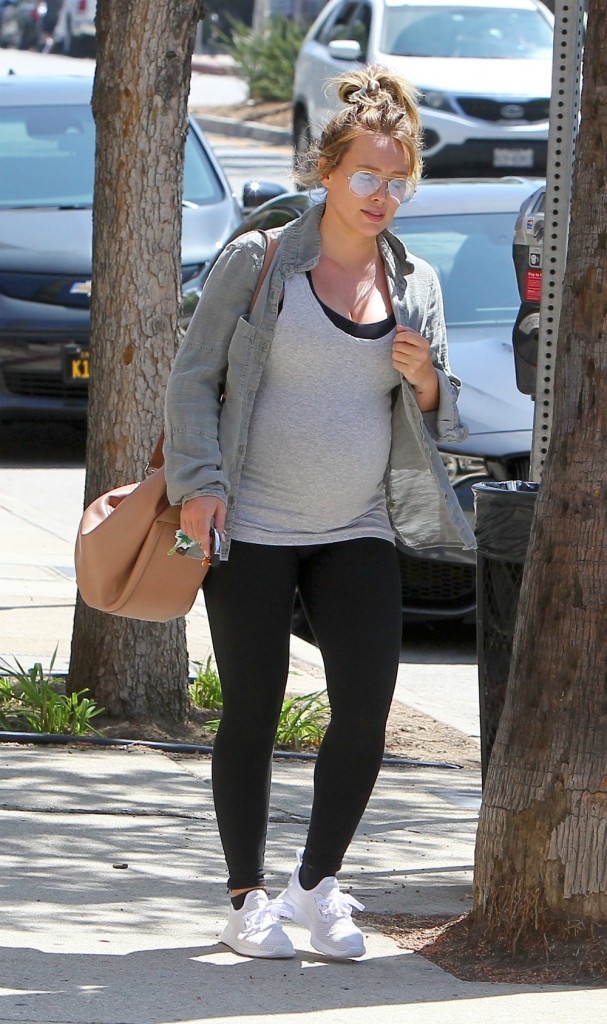 11 Responses to “Hilary Duff hyped the new baby to her son: ‘I’m going to chase you with her dirty diapers’”