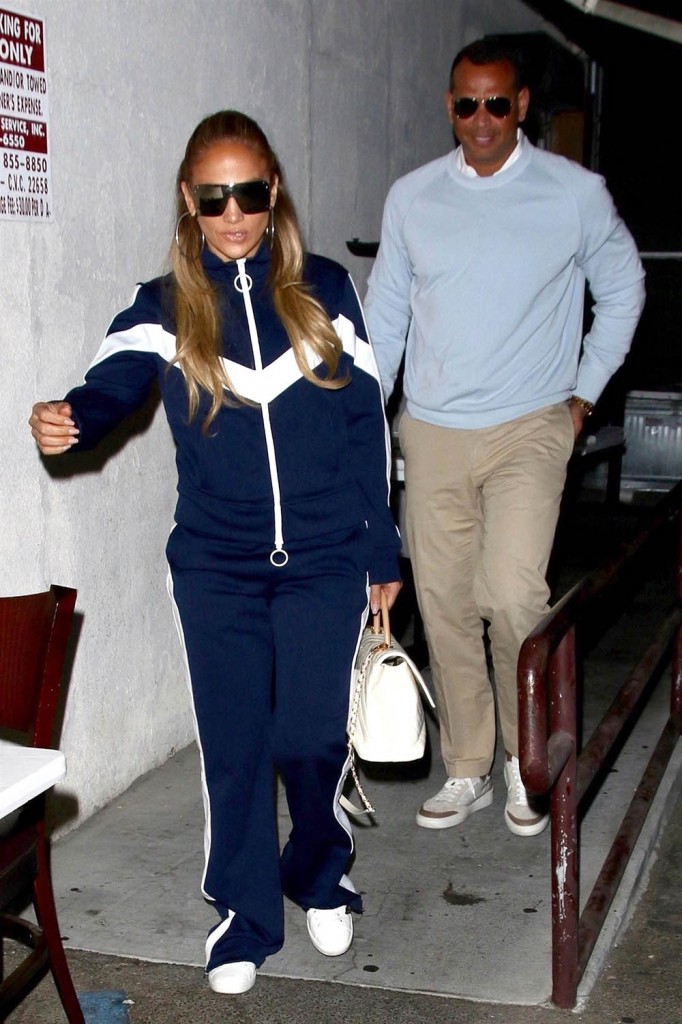 In a city where there are only so many hotspots, it’s bound to happen. Jennifer Lopez, out with current squeeze Alex Rodriguez, ran into her ex, dancer Casper Smart, at West Hollywood restaurant Craig’s on Monday night. In the insightful words of the immortal Pauly D., the situation was “Awk-ward!”

Jennifer, giving us “Jenny from the block realness” in a navy blue track suit and the half up-half down ‘do that Vogue has dubbed “the hairstyle of the summer” and Alex, in a light blue sweater and khaki pants, were dining with Jen’s manager Benny Medina. Casper, whom Jennifer dated on and off from 2011 to 2016, showed up, reportedly for a “business meeting” of his own. I’d like to know what kind of “business” Casper is into, but that’s a topic for another post.

According to E! News, Lo-Rez beat feet out of the eatery via a back door a few minutes after Casper’s arrival. A source told Entertainment Tonight that the couple and Casper didn’t see or speak to each other in the restaurant. Thank goodness she was wearing her finest athleisure wear so she could make a speedy escape, right? Crisis averted. As you were, everybody.

This happened to me a few months after I had started dating my current guy. I saw my ex the minute we walked in and told Kevin, but he wanted a burger and didn’t want to leave, so he walked me right past my ex and his friends to our table. It was awkward, but we made it through without incident. This wasn’t the first time Jennifer ran into Casper, and it probably won’t be the last. I’m sure she’ll handle it with style every time. 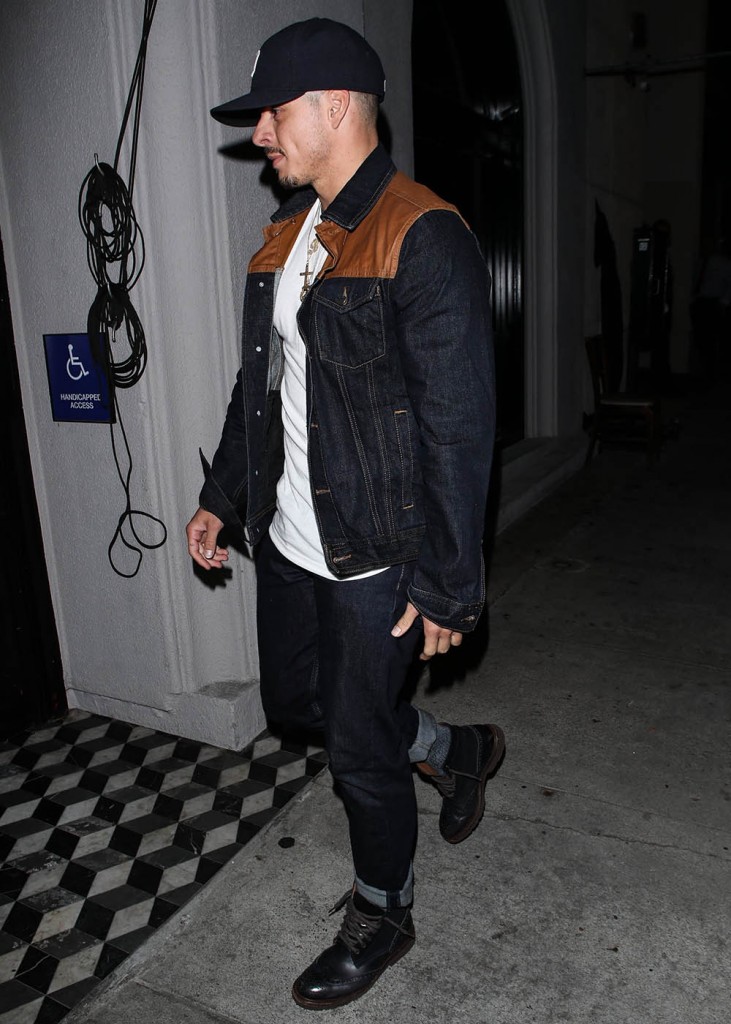 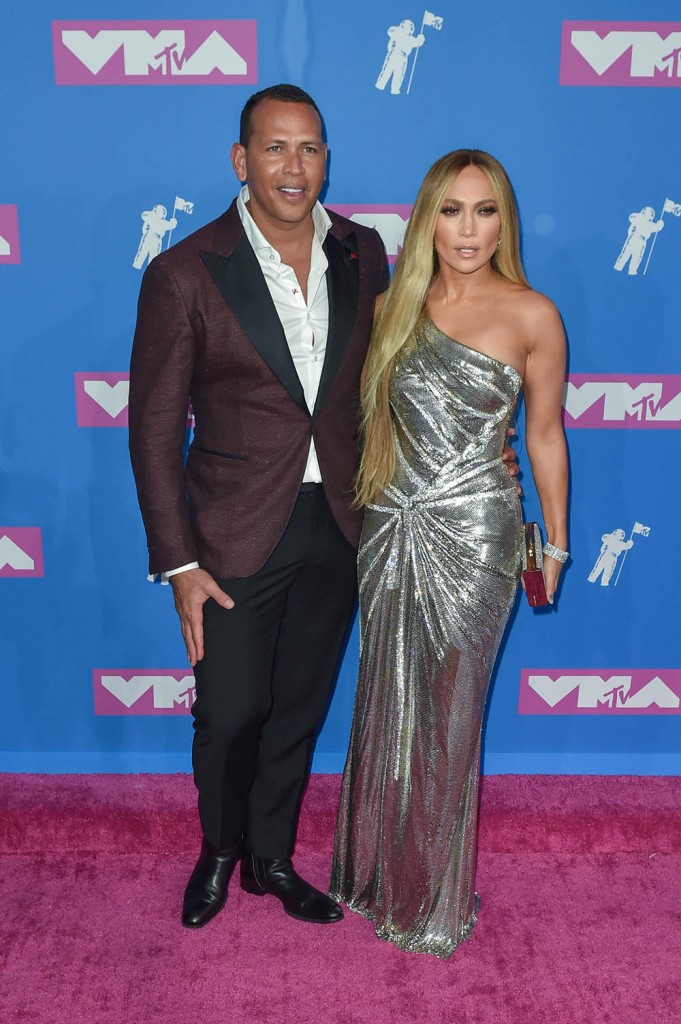