What’s up with the American-flag controversy in Damien Chazelle’s ‘First Man’? 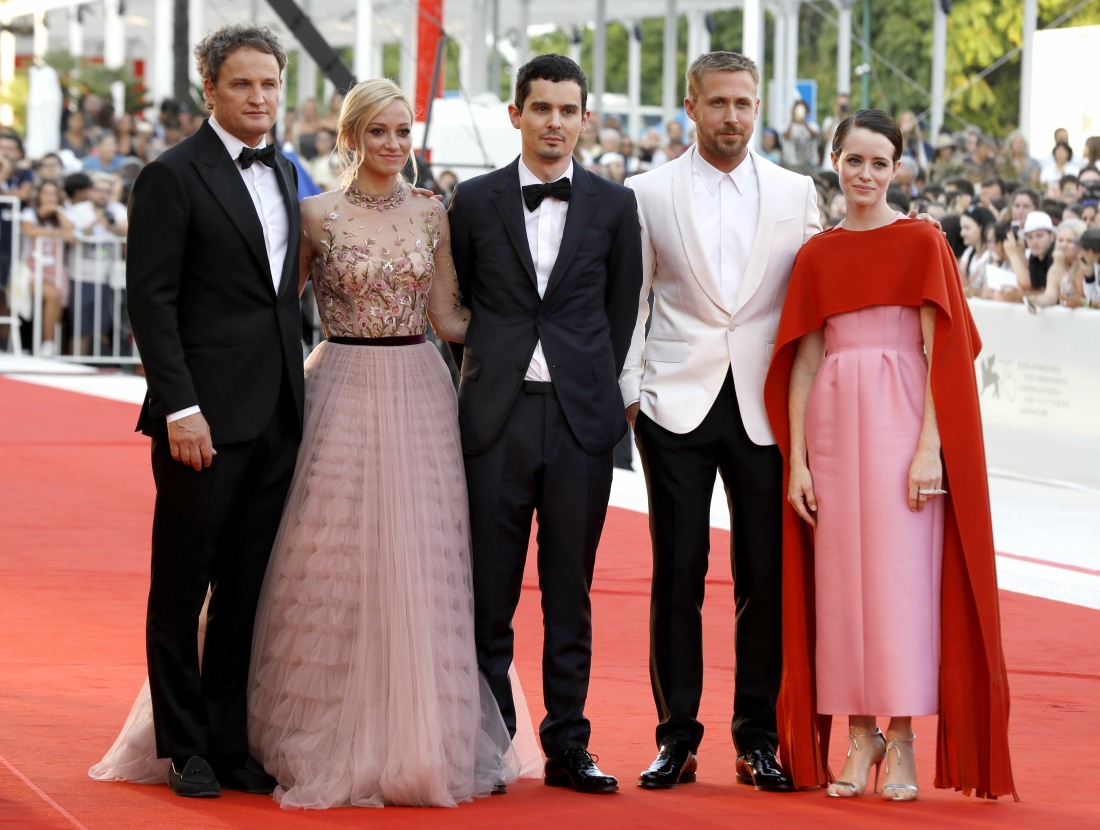 Here are some more photos of the Venice Film Festival promotion for First Man. Damien Chazelle reunited with his La La Land muse Ryan Gosling to tell the true story of Neil Armstrong. It seems like a pretty cut-and-dry bio-pic of that time in Neil Armstrong’s life, the early days of the space program and becoming the first man to walk on the moon. Ryan plays Neil Armstrong and Claire Foy plays his wife Janet. Corey Stoll plays Buzz Aldrin, and overall, the cast seems lit. The reviews coming out of Venice are pretty good too. Here’s one of the trailers:

I’ll admit it, I only watched the trailer for the first time just now, as I was writing up this post. While I am SO tired of bio-pics, I do think this looks good. I’ll watch it. This doesn’t look as aggressively fart-sniffy as last year’s pathetic Churchill bio-pic, which won Gary Oldman an Oscar. It’s even possible that Ryan Gosling will finally win an Oscar. Anything is possible.

But of course there’s a controversy. That controversy? There should be more flags… or something?

First Man, the upcoming Neil Armstrong biopic from La La Land director Damien Chazelle, premiered at Venice Film Festival this week. Critics almost universally adored it, but there’s a famous moment missing from the dramatized version of Armstrong’s first-ever moonwalk and, as with most things in 2018, the absence has stirred up some controversy around the American flag.

Although the flag left on Earth’s moon during the first landing does appear in the movie, you don’t actually see the moment it was planted. That omission has riled some of the more sensitive defenders of American space dominance, because patriotism, I suppose.

On one side, I think people are idiots for being riled up about whether or not the planting of the flag is given an important moment on screen. On the other side… why would you omit that from the film? It would be like doing a bio-pic of Eisenhower and omitting D-Day. Then again, as Mashable notes, it’s not a straight-up omission, it’s just that the PLANTING of the flag doesn’t happen on-screen. The controversy has gotten so weird that even Neil Armstrong’s sons had to chime in about the (admittedly authorized) bio-pic. Their point was that the film depicts the human story of Neil Armstrong, the man/husband/father, not the “American icon” who “won the space race.”

So after all that, Buzz Aldrin had to tweet out this shady hashtag game. Oh, Buzz. What are you doing?? 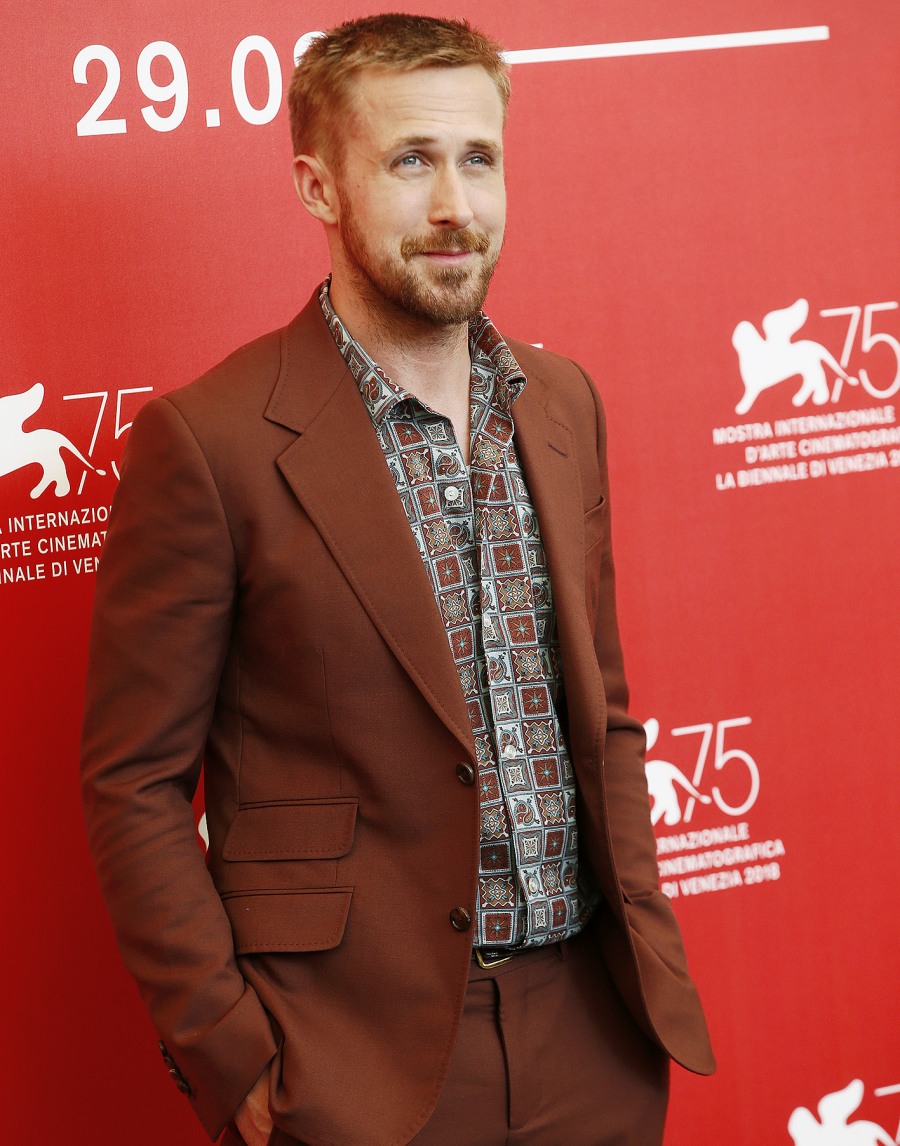 47 Responses to “What’s up with the American-flag controversy in Damien Chazelle’s ‘First Man’?”