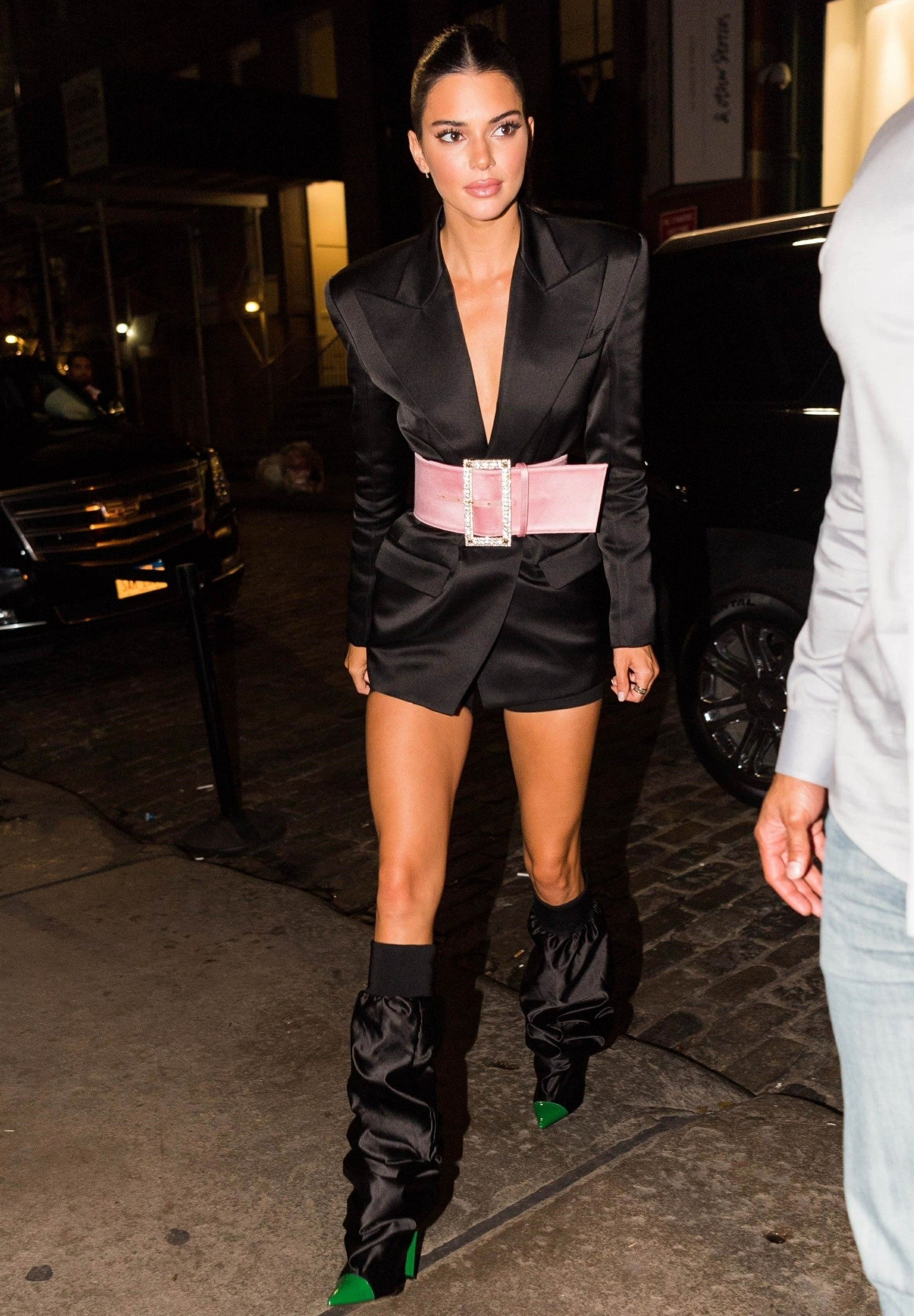 I’ve never cared much about Anwar Hadid. Anwar is Gigi and Bella Hadid’s younger brother, and after Bella and Gigi got nepotized into the modeling industry, they brought Anwar into it too. Anwar is a relatively successful male model – he gets hired for runway work, he’s been featured in some magazines, etc. But he doesn’t really have a memorable or even notable look? Also, he’s just 19 years old. Well, Anwar is about to hit the big time because Kendall Jenner is helping him out. There are rumors that Kendall broke up with Ben Simmons – they basically just had a summer fling – and now she’s out here, making out with Anwar Hadid at New York Fashion Week. This feels like corporate synergy.

Models Kendall Jenner and Anwar Hadid were spotted in an epic makeout session at New York Fashion Week on Wednesday — as his top-model sisters Gigi and Bella partied nearby. Spies said Jenner — who is, at 22, the world’s highest-paid model, and elicited ire recently from lesser-paid catwalkers — was at a Cipriani Downtown party in Soho with Hadid, 19, where the pair were seen furiously locking lips.

“Kendall was sitting with Anwar all night and made out with him for quite some time,” a spy said. “They didn’t give a damn who saw them.”

The pair’s been seen canoodling in the past: In June, TMZ posted pics of Jenner and Hadid kissing at a CFDA Awards after-party in New York. Pals insisted at the time that it was nothing serious. But it seems the relationship’s gathering steam since Jenner recently split with Philadelphia 76ers star Ben Simmons. Jenner and Hadid were spotted together last week in LA on separate occasions with friends, including dinner at Nobu. (Their interactions on those occasions were described as just friendly.)

This gossip item does several things all at once. One, it helps Kendall promote all of her NYFW appearances in the coming days. Two, it draws attention to Kendall’s lips, which are expanding by the day and are almost “vintage Kylie.” Three, it helps promote Anwar Hadid as a model/celebrity and this will legitimately help him get work. I suspect that Kendall is just helping out her good friends, the Hadids.