Julia Roberts in Givenchy & Dsquared2 at her TIFF premieres: tired or lovely? 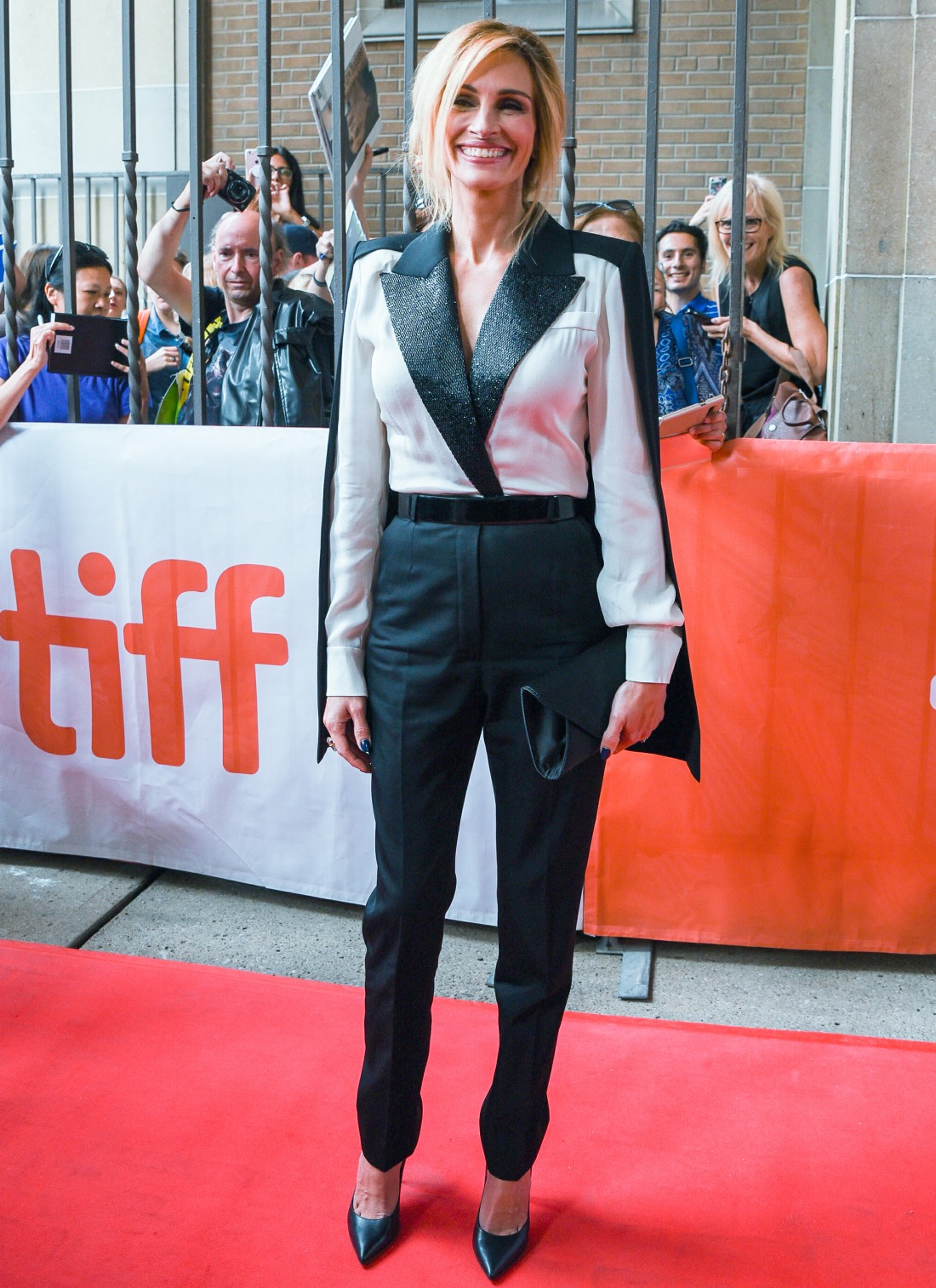 This weekend, the Venice Film Festival was winding down as the Toronto International Film Festival was just getting going. So these are photos from the mountain of TIFF premieres from the past three days. Julia Roberts was doing double-duty this weekend, promoting both Homecoming and Ben Is Back. Julia is back! Or something. This is her premiere look for Homecoming – a Givenchy tuxedo jumpsuit, with some kind of cape? It’s not my favorite thing, but she looks mostly good here. I wish she – and Nicole Kidman – would stop with this too-light strawberry-blonde shade though. 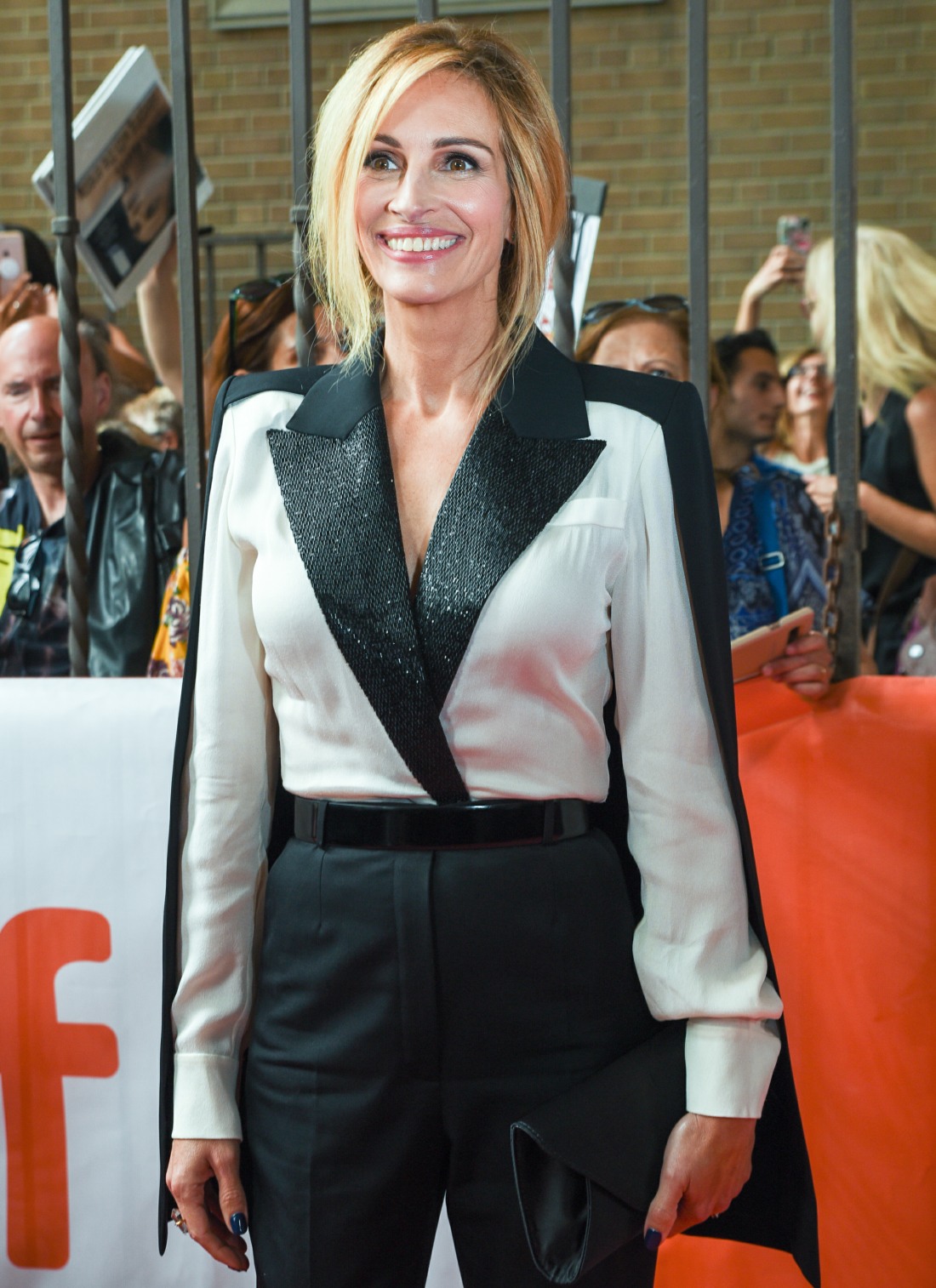 Julia wore Dsquared2 to the Ben Is Back premiere. She’s lost weight. I like the subtle cutouts.

Natalie Portman in Christian Dior Haute Couture at the TIFF premiere of Vox Lux. This gown is actually prettier than this photo – it was surprisingly dramatic in natural light, and it’s an enchanting shade of pale lilac. 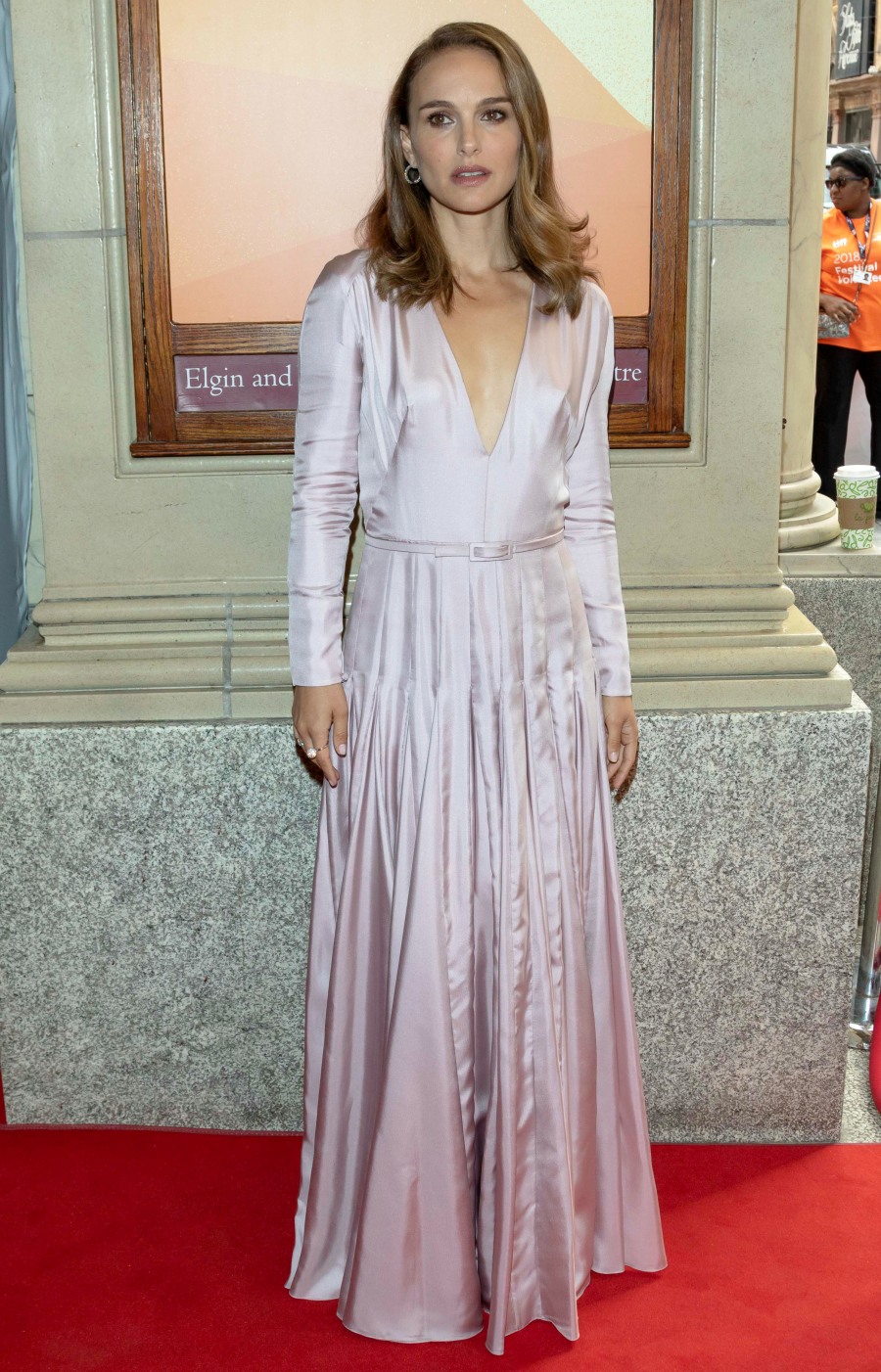 Lord, I can’t wait to see The Hate U Give. It looks incredible. Amandla Stenberg wore Gucci to the TIFF premiere – this dress is not the best, but she’s young and having fun with fashion, so I’m okay with it. 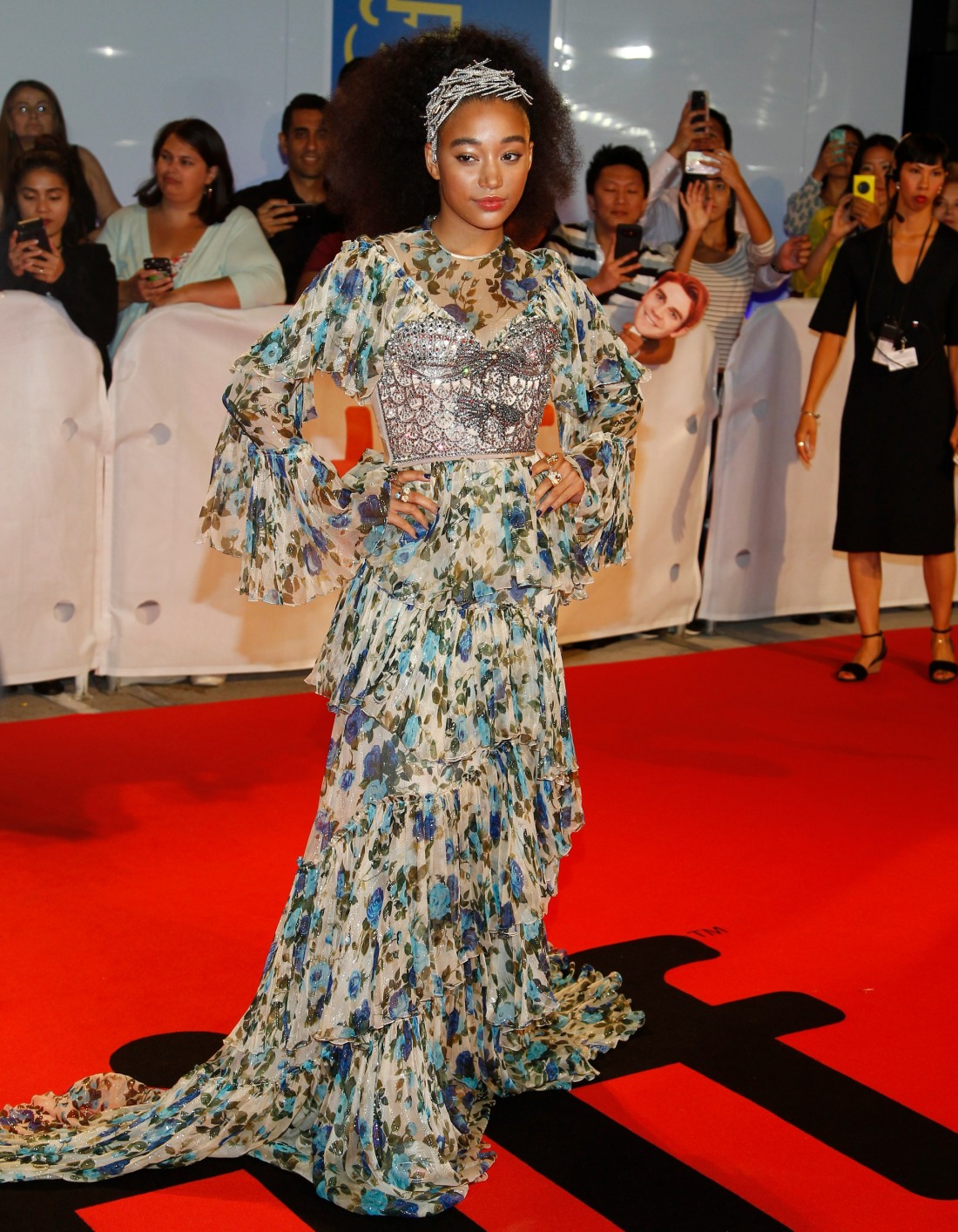 Issa Rae wore Oscar de la Renta to The Hate U Give premiere – I love this. She looks amazing. 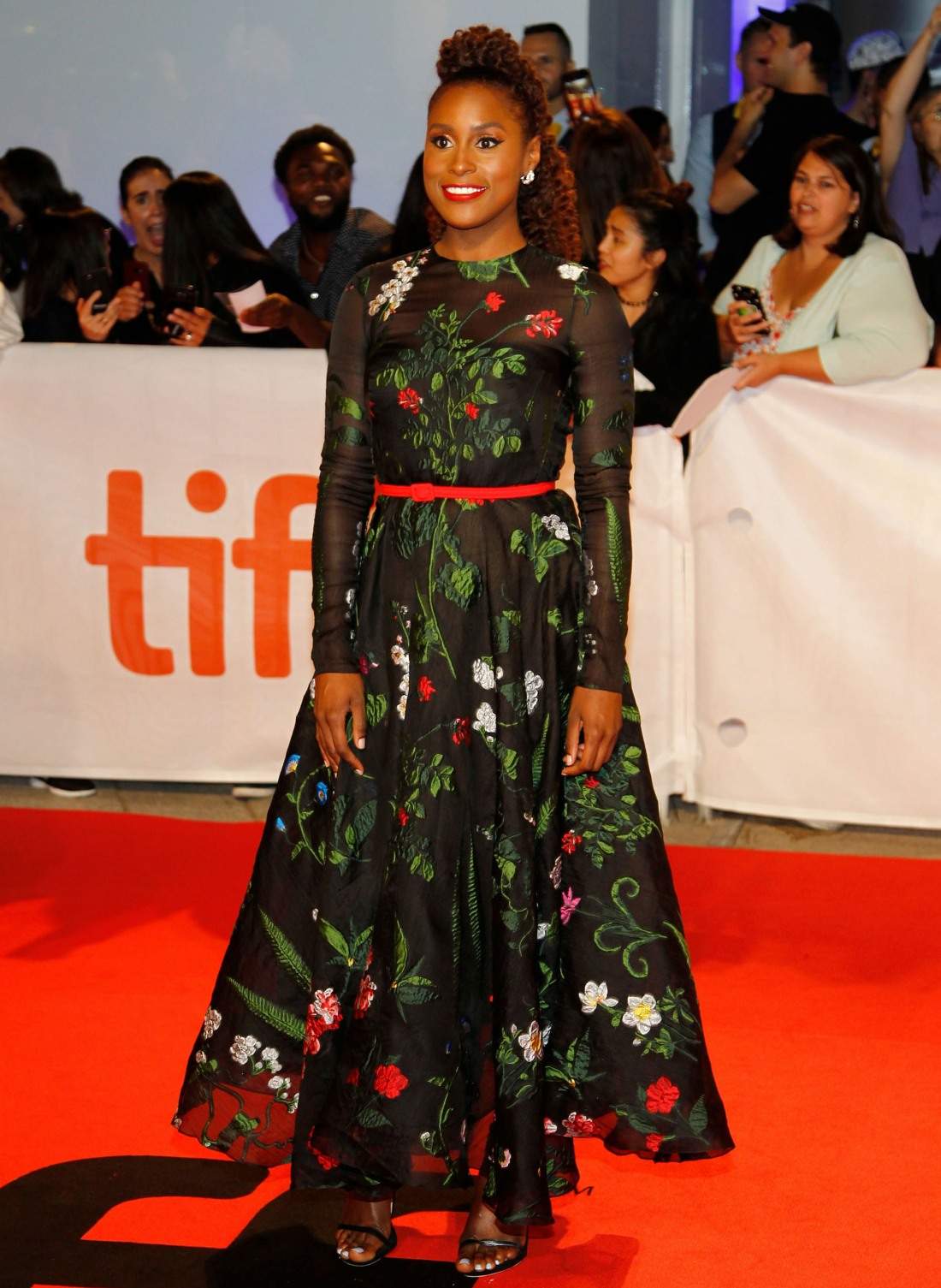 Elle Fanning in Valentino at the Teen Spirit premiere. I love the idea of this more than the execution – I would have not made the neckline so deep, and I would have streamlined the dress a bit so she didn’t look swallowed up in it. But it’s an interesting dress. 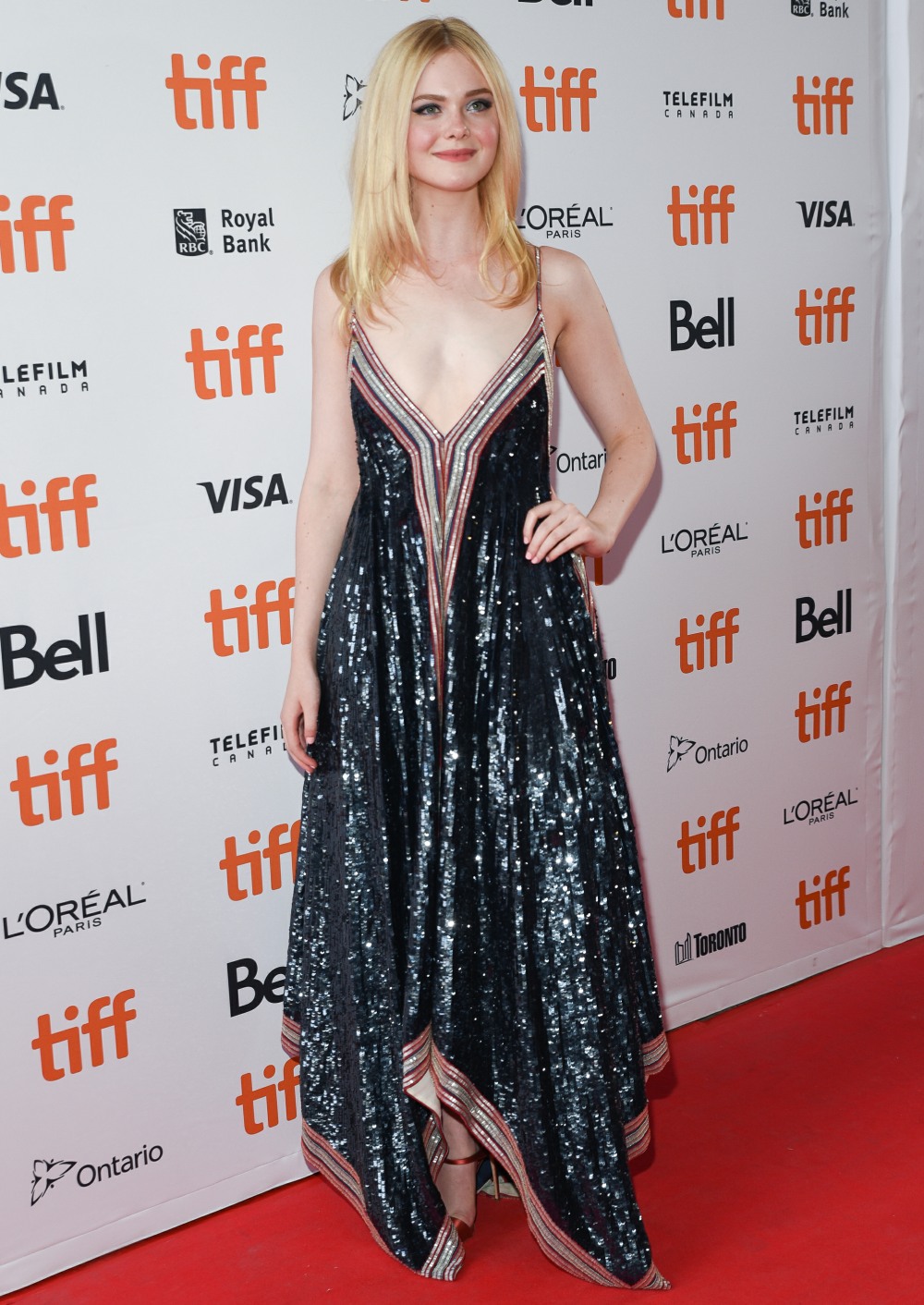 Timothée Chalamet in Haider Ackermann at the Beautiful Boy premiere. I love him so hard. I love his suit. 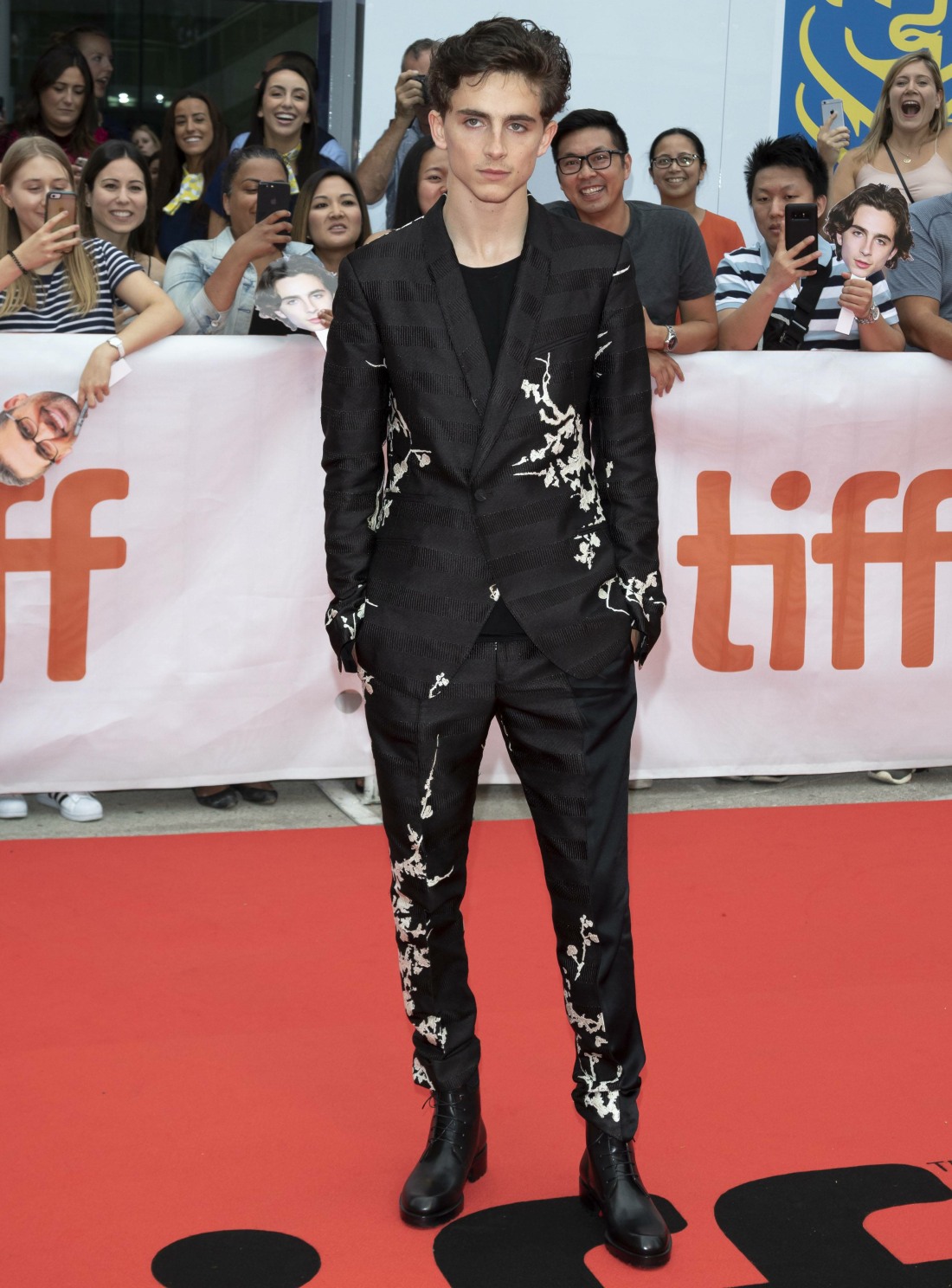 Penélope Cruz in Chanel at the Everybody Knows premiere. This is pretty, but I feel like she easily has about twenty versions of this dress in her closet. The buttons… just remind me of how much the Duchess of Cambridge would love this. LACE AND BUTTONS. 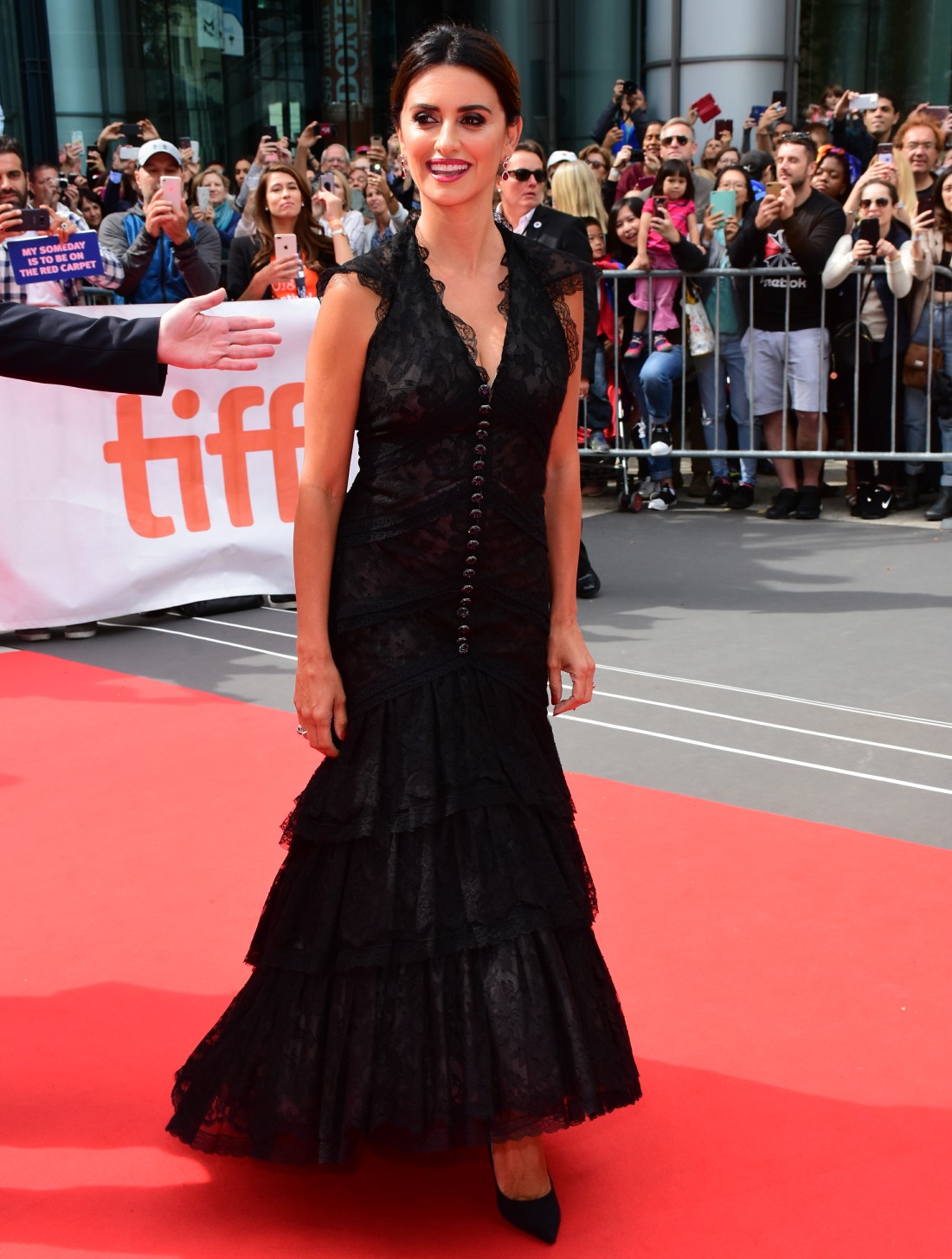 27 Responses to “Julia Roberts in Givenchy & Dsquared2 at her TIFF premieres: tired or lovely?”