Tracee Ellis Ross in Valentino at the Emmys: dramatic and scene stealing? 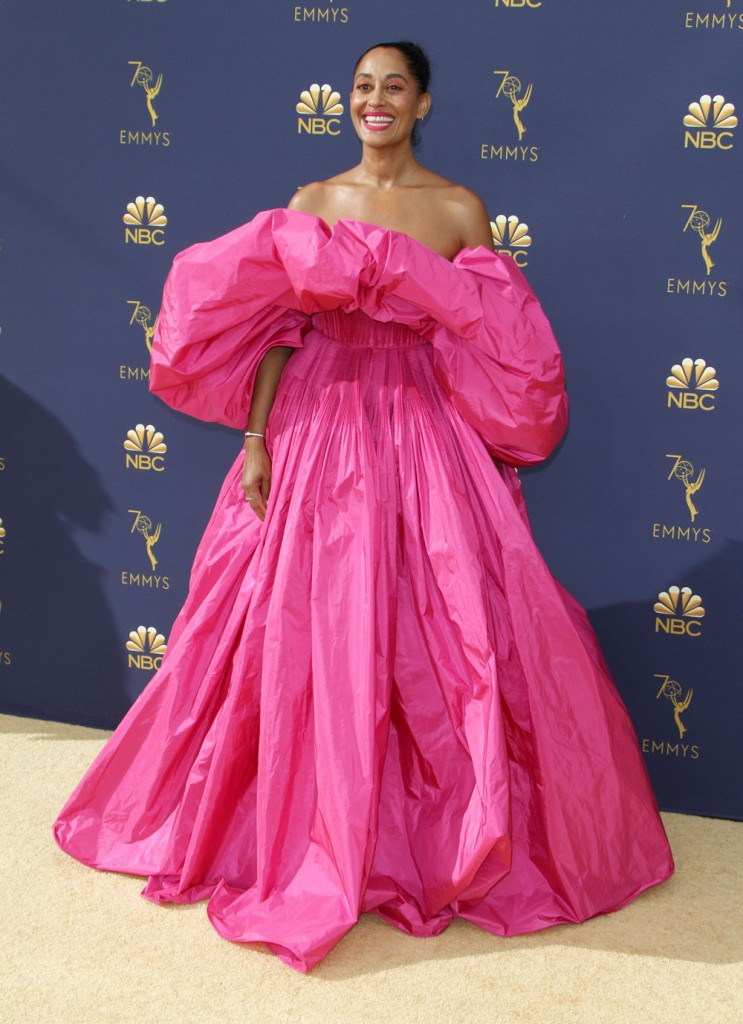 Tracee Ellis Ross showed up at the Emmys last night in a giant poof of a pepto pink Valentino dress. It was cascading off her shoulders, it had layers of folded giant nonsense and it was amazing. Kaiser tweeted that it was Tracee was wearing a comforter, and the bitch worked it! You know who else could pull this off? Rihanna that’s it. That’s the only other famous woman who could pull this off. If you look at the still photos and think “that’s ridiculous,” just watch Tracee in motion arriving and on the red carpet. She knows and she doesn’t care and that’s fashion. Tracee was nominated in the lead actress category, which went to Rachel Brosnahan.

Shes picking up the giant top floof I love her so much #Emmys @TraceeEllisRoss pic.twitter.com/K6uHQY2vOy

Now that I see her orange eye shadow and matte pink lip I love it even more. 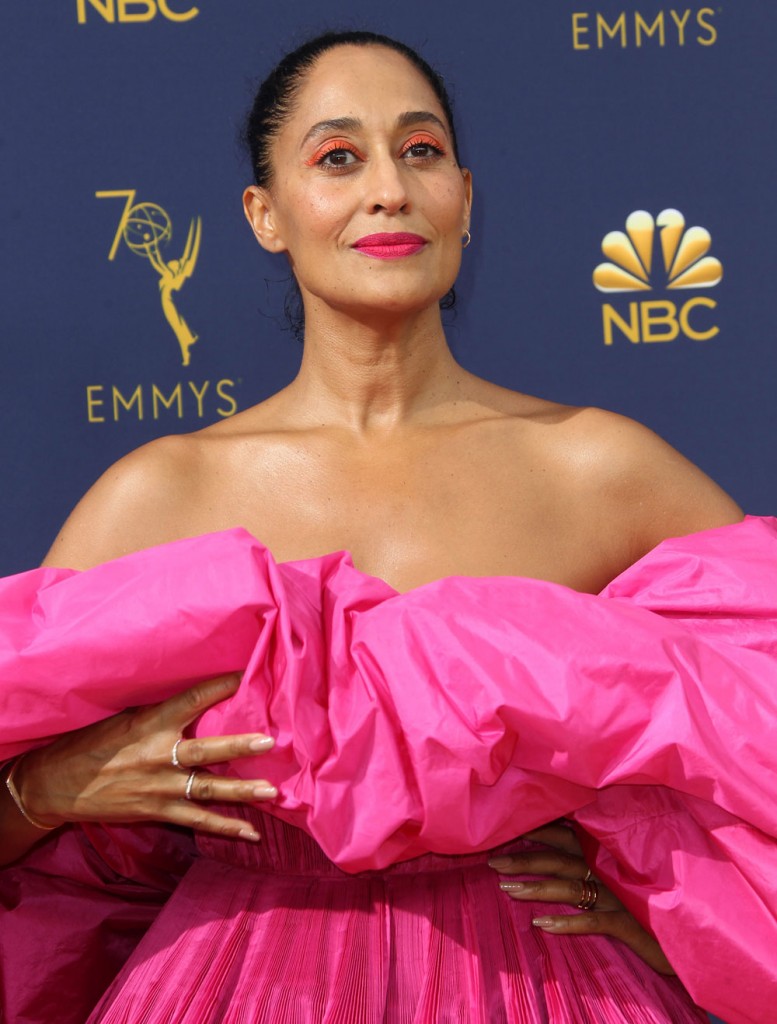 Sarah Paulson couldn’t even manage Tracee Ellis Ross’s look, but she knows better than to try. Remember the huge diagonal tiered pink Valentino sack that Sarah wore to the Oceans 8 premiere? That was about 65% of the dress that Tracee wore and it overwhelmed even Sarah. Last night Sarah was perfectly stunning in black Oscar de La Renta, in a sweetheart neckline gown with a full feather skirt. I’m not sure if the parted in the middle slicked back hair works here, that look was very popular, but her makeup is on point. Sarah was nominated for American Horror Story: Cult for Lead Actress in a Limited Series or Movie. That went to Regina King for Seven Seconds. 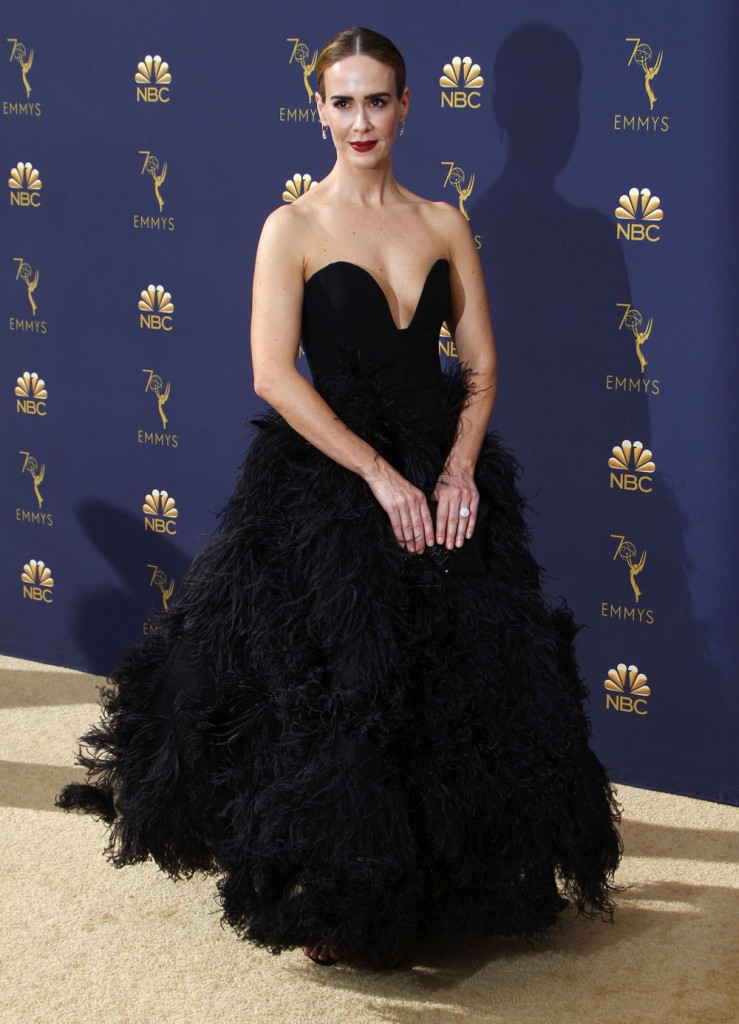 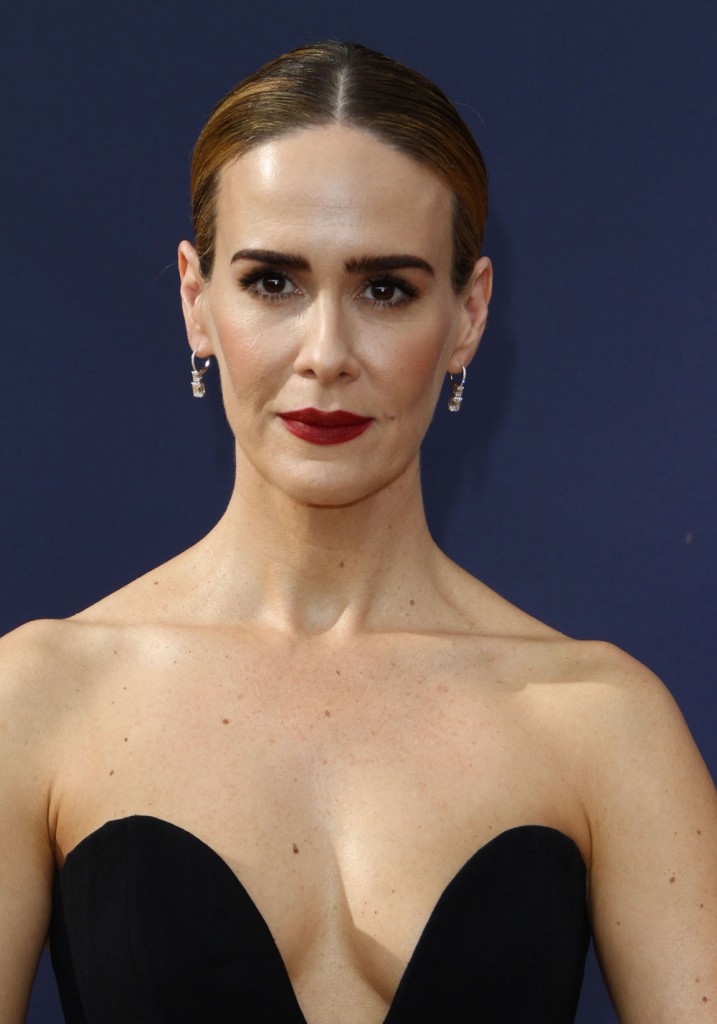 Taraji P. Henson was in Giambattista Valli. Taraji told Giuliana Rancic on the E! red carpet that she goes for comfort with her fashion, which is good because that’s about the only thing that can redeem this awful busy tiered mullet dress. Looking through recent runway looks for this designer, there were worse choices that Taraji could have made.

Look at the side view!
Embed from Getty Images

Moving on to another awful dress, here’s Tina Fey in Elie Saab. I love the shimmery material of this gown and the abstract floral print is so cool. Imagine it without the dippy lace around the bodice and without the cheap plastic-looking belt with the giant gold buckle, it would be a great awards gown. Her hair is fashioned into a bow on the top of her head with the ends sticking out too. 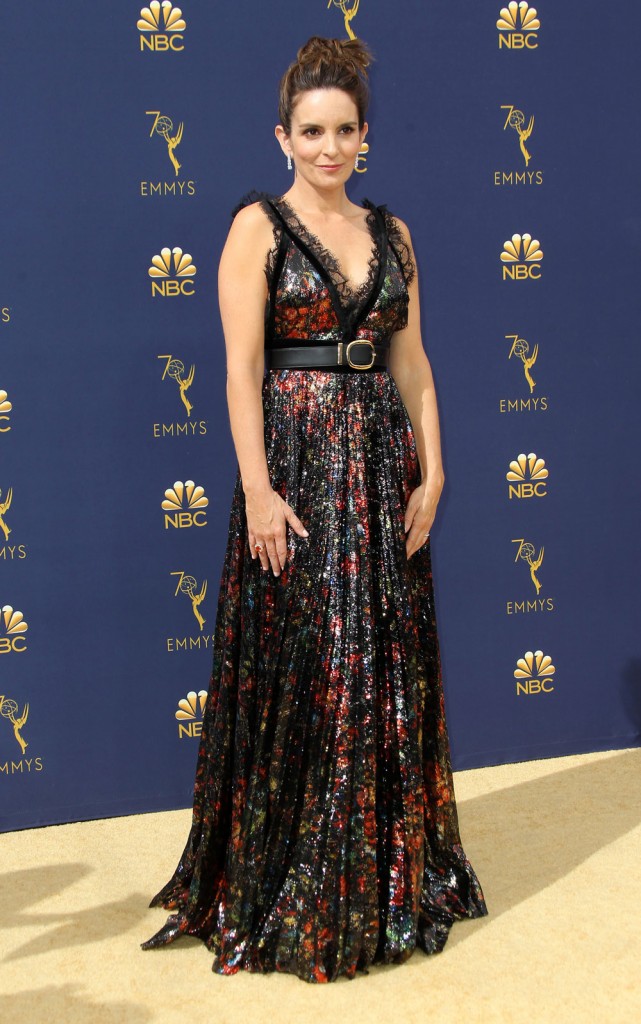 15 Responses to “Tracee Ellis Ross in Valentino at the Emmys: dramatic and scene stealing?”