Tiffany Haddish in Prabal Gurung at the Emmys: rainbow realness? 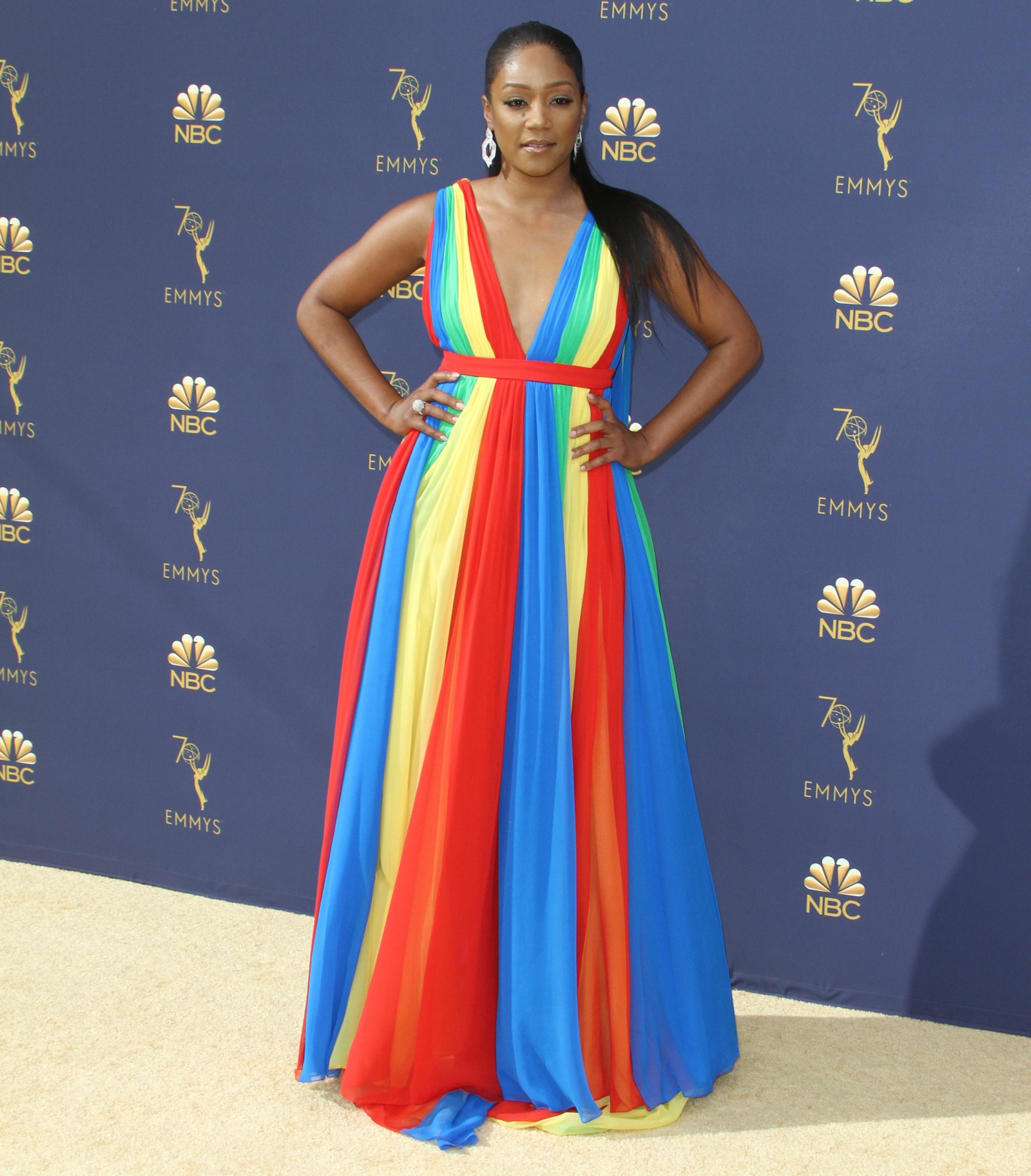 You know why Tiffany Haddish goes to every awards show now? Because A) she’s invited, B) she’s usually nominated for something and C) she’s a ray of sunshine wherever she goes, so of course every awards show asks her to present an award. Tiffany was actually at this year’s Emmys to pick up her guest-actress Emmy AND present. She decided to go with this custom-made Prabal Gurung gown. At first, I thought it seemed like a Pride Flag, or that Tiffany just wanted to look like a rainbow because she’s so sunny. But she had another reason for getting this custom dress: “I asked them to make a dress that represents my father’s land.” So Prabal Gurung made her dress based off the colors of the Eritrean flag. I honestly don’t hate it. The silhouette is good, it’s flattering and I enjoy the fact that she’s so colorful. 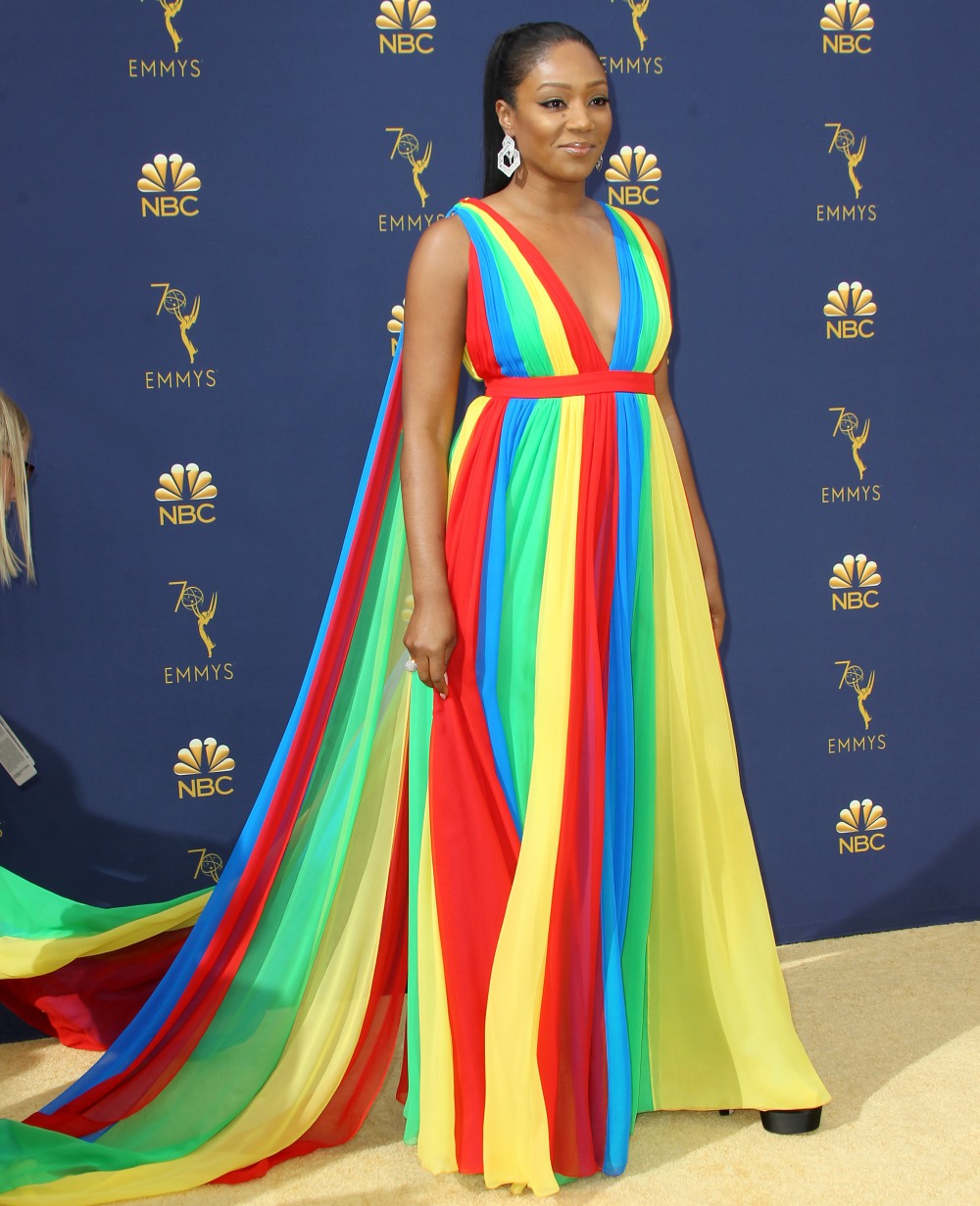 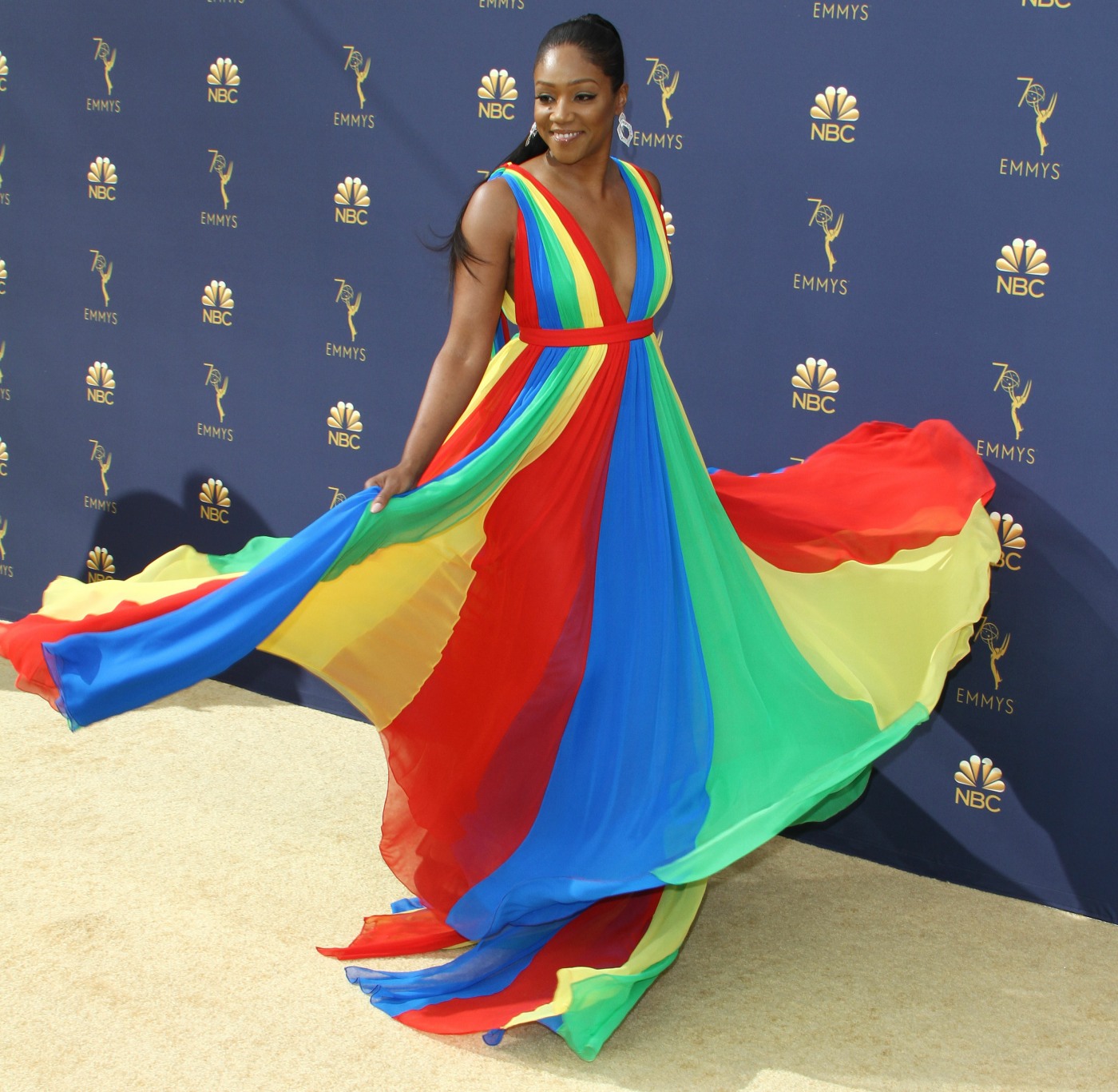 Allison Janney also wore Prabal Gurung – I love Allison, but sometimes I feel like her style is sliding into “game show hostess.” This dress is giving me Vanna White vibes. 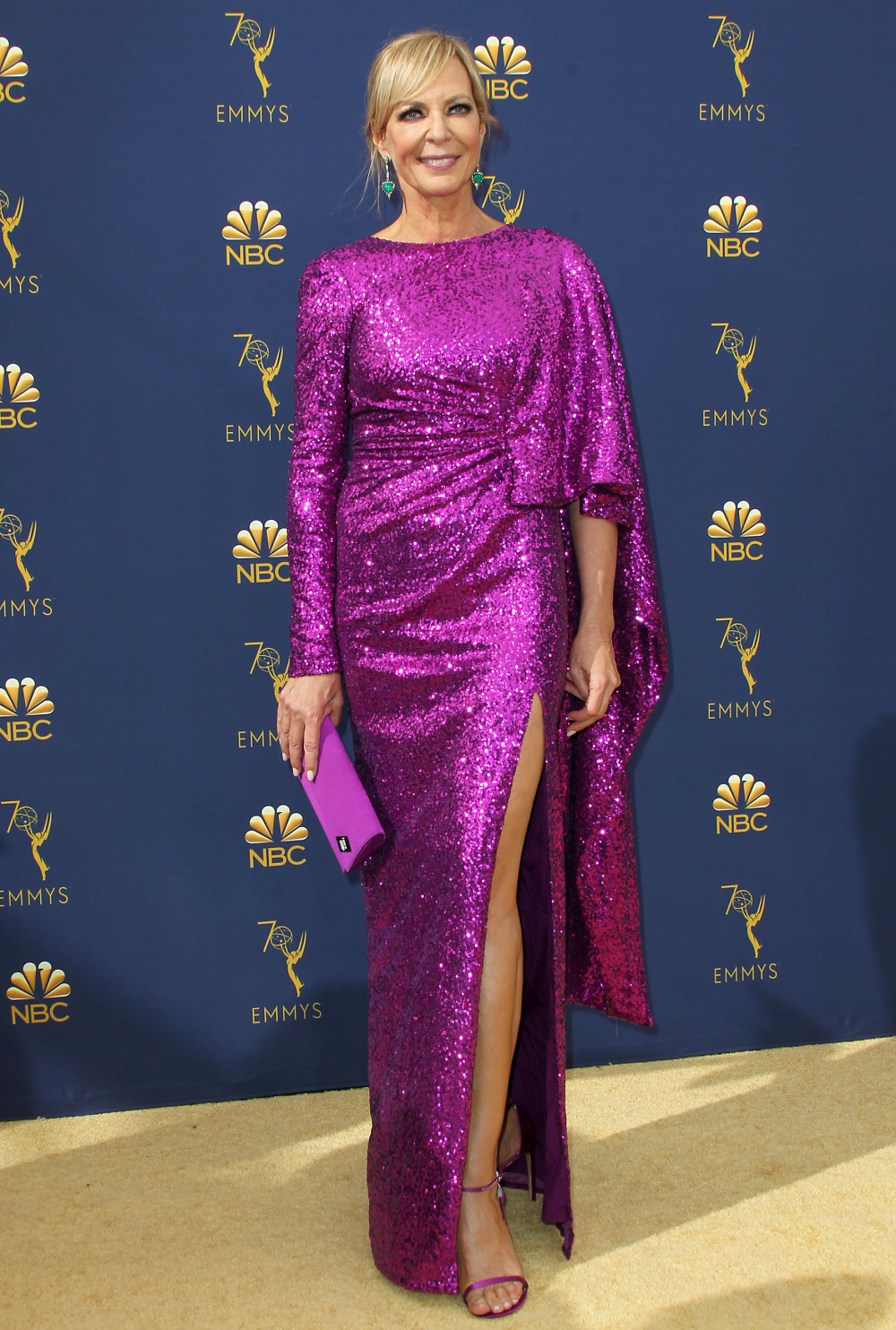 Kate McKinnon shocked me by not wearing a tuxedo or a suit to the Emmys! She wore this Alexander Wang dress on the carpet, and then she changed into a suit for the opening song, then she changed back into this Wang dress. It’s pretty and serviceable – simple, no-nonsense, flattering. I hope she bought it so she can wear it again.

14 Responses to “Tiffany Haddish in Prabal Gurung at the Emmys: rainbow realness?”