Alison Brie in cutout Miu Miu at the Emmys: not that great but cute anyway? 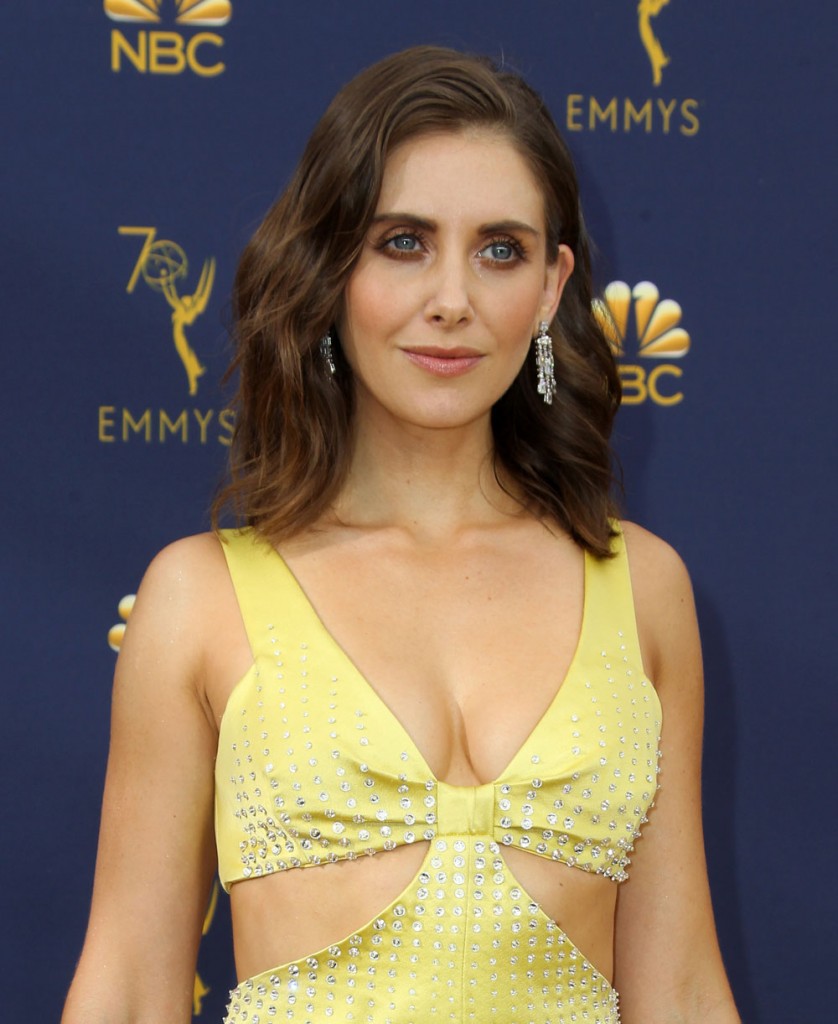 Glow did not win anything at the Emmys last night, but it was nominated for comedy and did pick up a creative arts Emmy for Outstanding Stunt Coordination. Glow is going to be like Jenji Kohan’s other show, Orange is The New Black, it will air forever because it’s on Netflix and it will probably start winning Emmys in the third season. Star Alison Brie wasn’t nominated for anything this year, only her costar Betty Gilpin was nominated for supporting actress, but that will surely change. I like the subtle nod to wrestling in Brie’s yellow Miu Miu dress with the side cutouts and leotard-like straps. The rhinestones are a little much and the argument can be made that this looks cheap, but I see what she’s going for and I appreciate it. Also she’s gorgeous and versatile, I really like her. 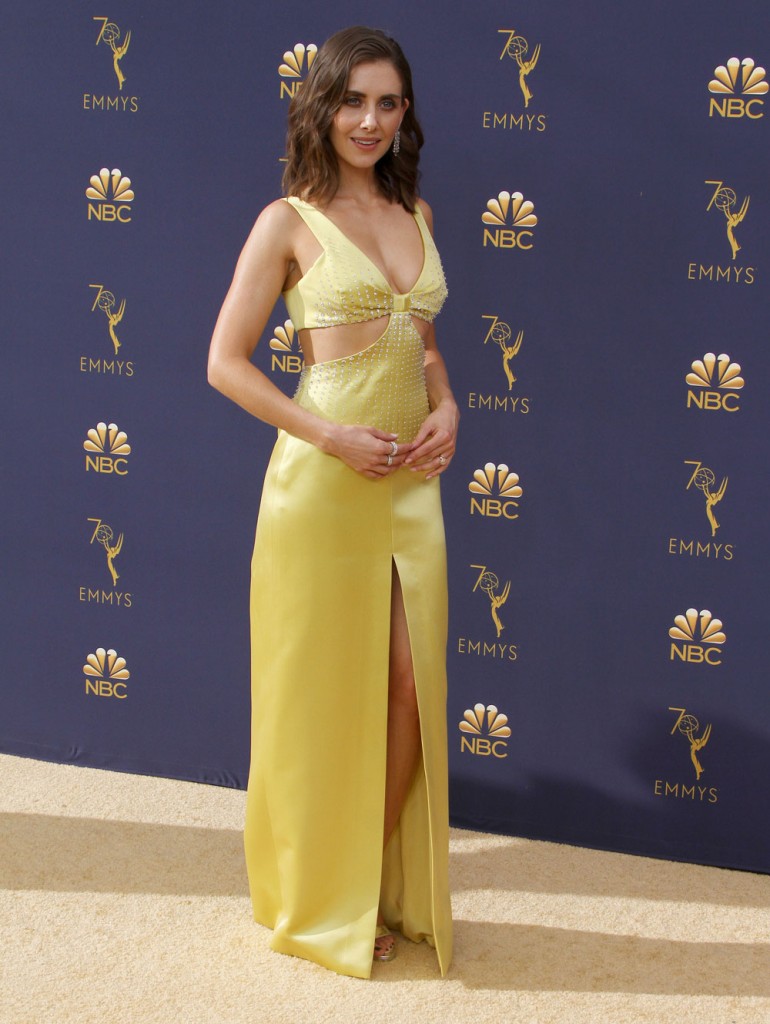 Ellie Kemper was in J. Mendel and I also have mixed feelings about this dress. The scalloped tiers are bizarre but they don’t overwhelm the dress, which has a simple silhouette and subtle enough print to balance them out. The color is underwhelming, but sherbet colors were big last night. So I don’t know. Unbreakable Kimmy Schmidt was also up for comedy series, but Marvelous Mrs. Maisel won that.
Embed from Getty Images

Padma Lakshmi was in a complicated red cutout J. Mendel gown that she’s worn before. People points out that Padma wore that gown about a year ago to the Vogue India Women of the Year Awards. I would recycle the hell out of that dress it looks great on her. Padma was wearing a blue ribbon in support of the ACLU. 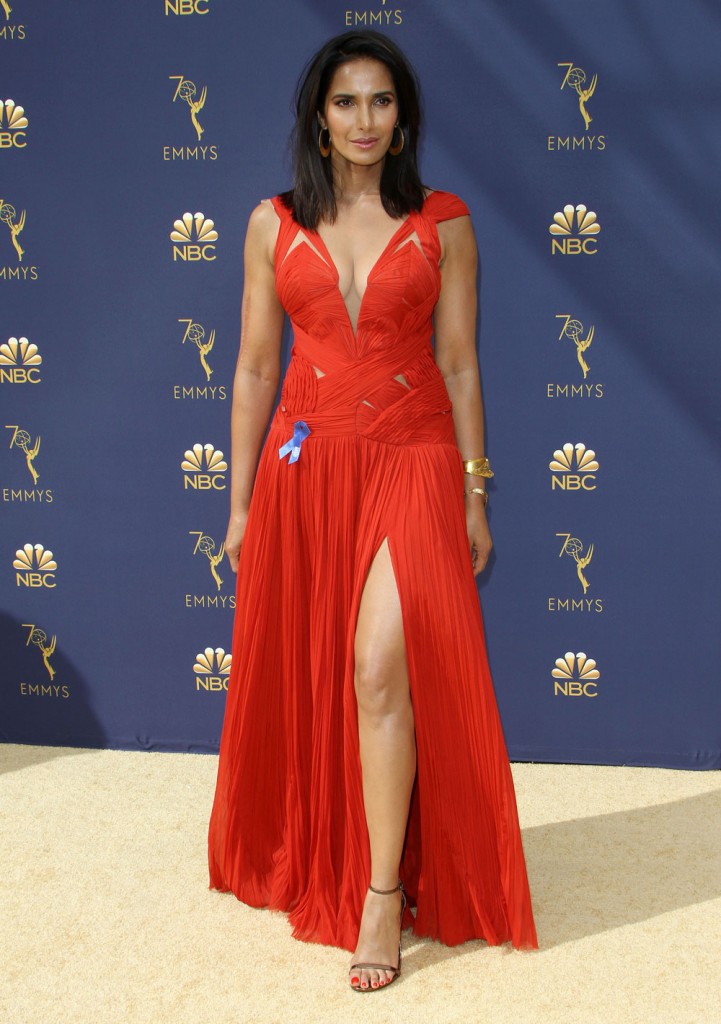 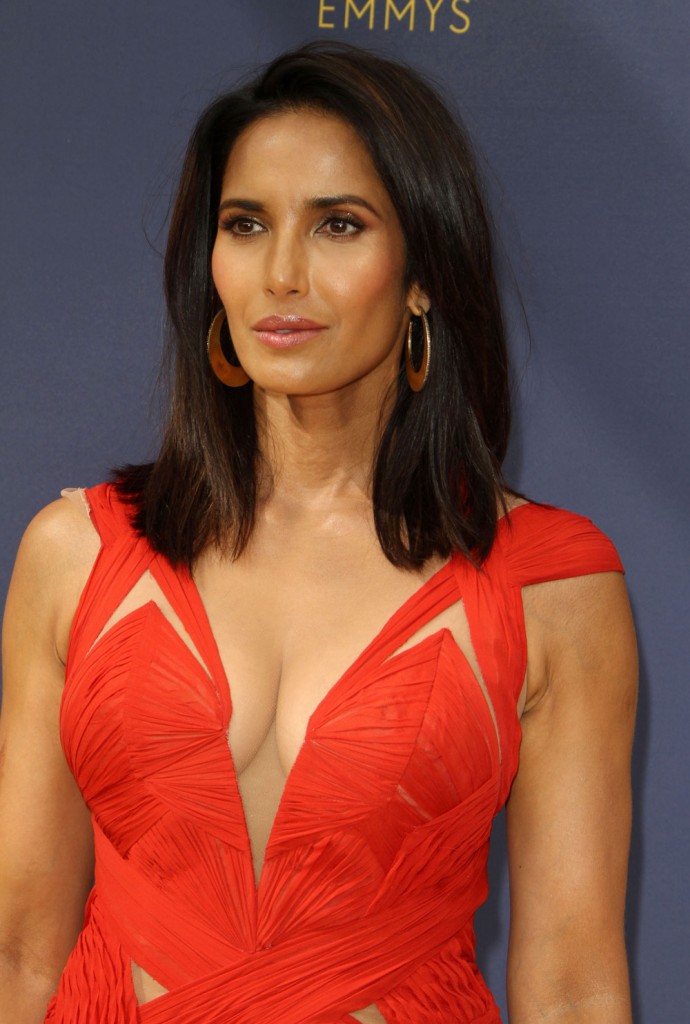 17 Responses to “Alison Brie in cutout Miu Miu at the Emmys: not that great but cute anyway?”