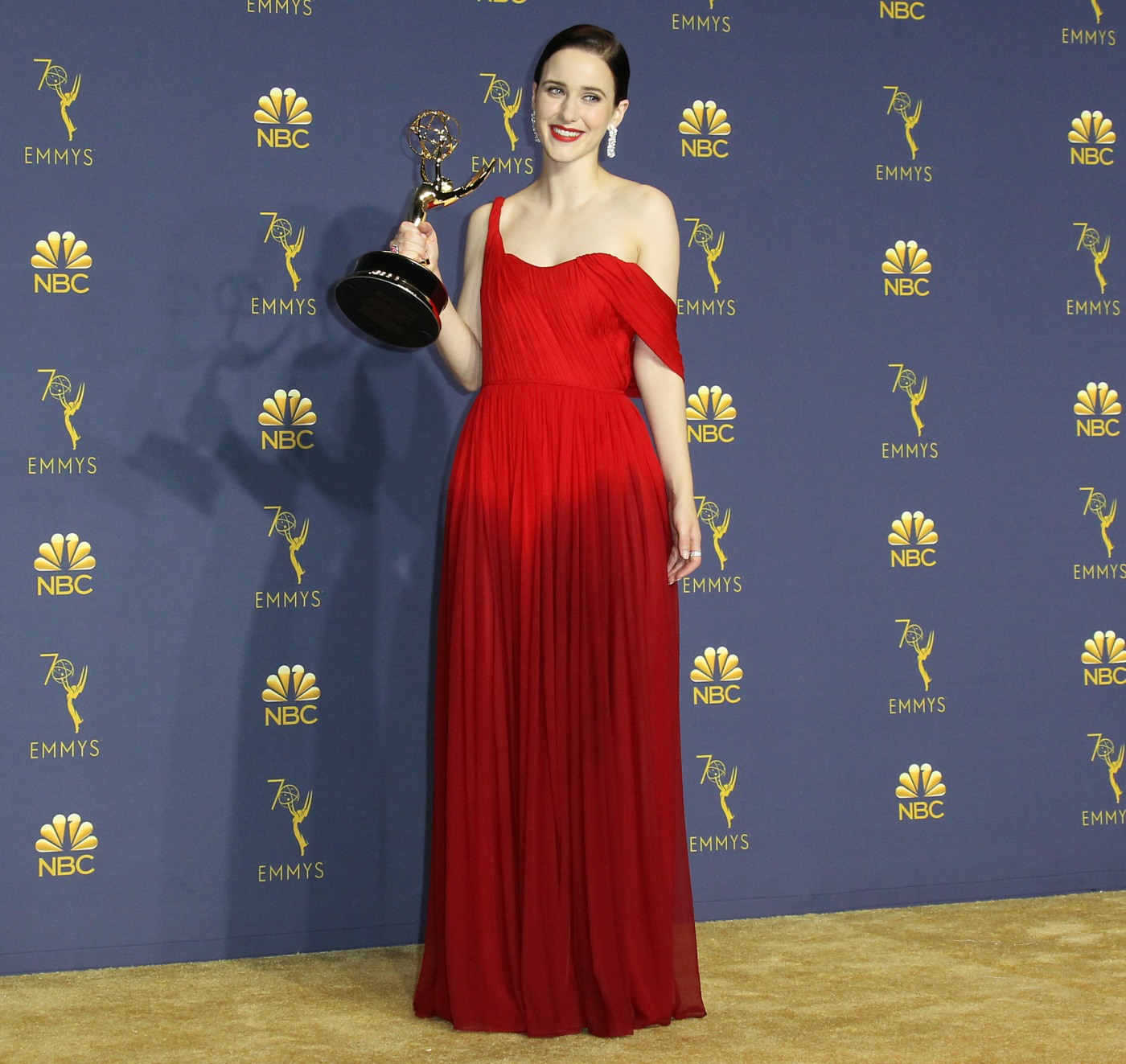 The Marvelous Mrs. Maisel won big last night at the Emmys. I don’t know how to feel about it – I guess I’m happy? I’m happy because the Emmys recognized a big new show in a big way. I’m happy because the show was created by a woman and because it’s a female-centric story with a female lead. Those are all good things. But I do wonder if Mrs. Maisel is just the shiny new toy for Emmy voters and they’ll be on to something else next year. We’ll see.

The star of the show, Rachel Brosnahan, picked up the Emmy for Outstanding Lead Actress in a Comedy. Alex Borstein won for Supporting, and creator/show-runner Amy Sherman-Palladino won two Emmys in quick succession at the start of the evening. So, obviously, the show also picked up Outstanding Comedy too. I’m including photos of all the ladies – Alex didn’t wear a bra and people were shook about it. I thought she looked fine.

Brosnahan wore this blood red ombre Oscar de la Renta gown which… I have complicated feelings about. On the one hand, the color is gorgeous and she styled it beautifully. She looked beautiful and dramatic and slightly vintage too. But the actual design of the dress sort of sucks, right? There should have been two shoulder straps. The off-the-shoulder asymmetry looks awful and it makes her boobs look sad. 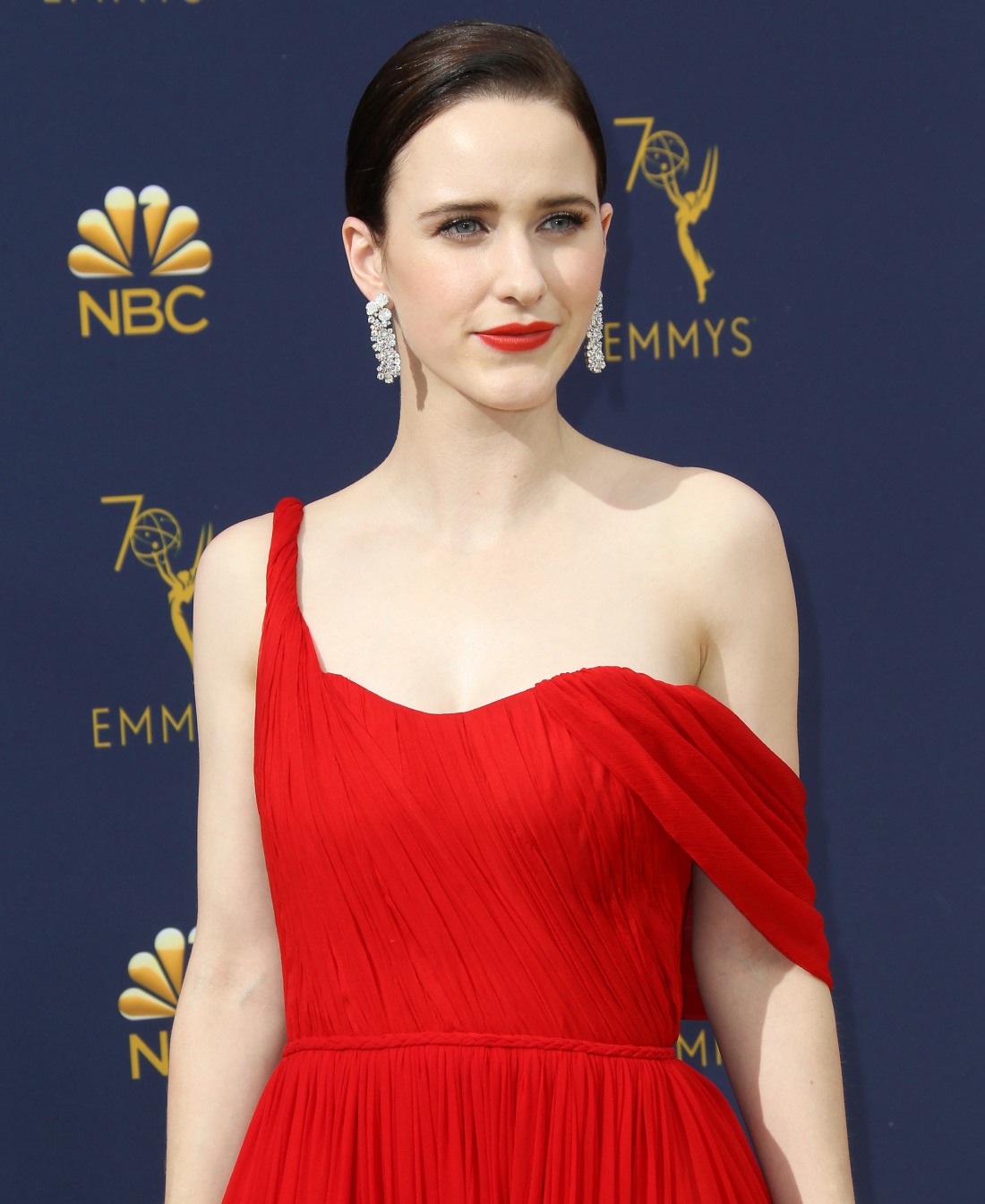 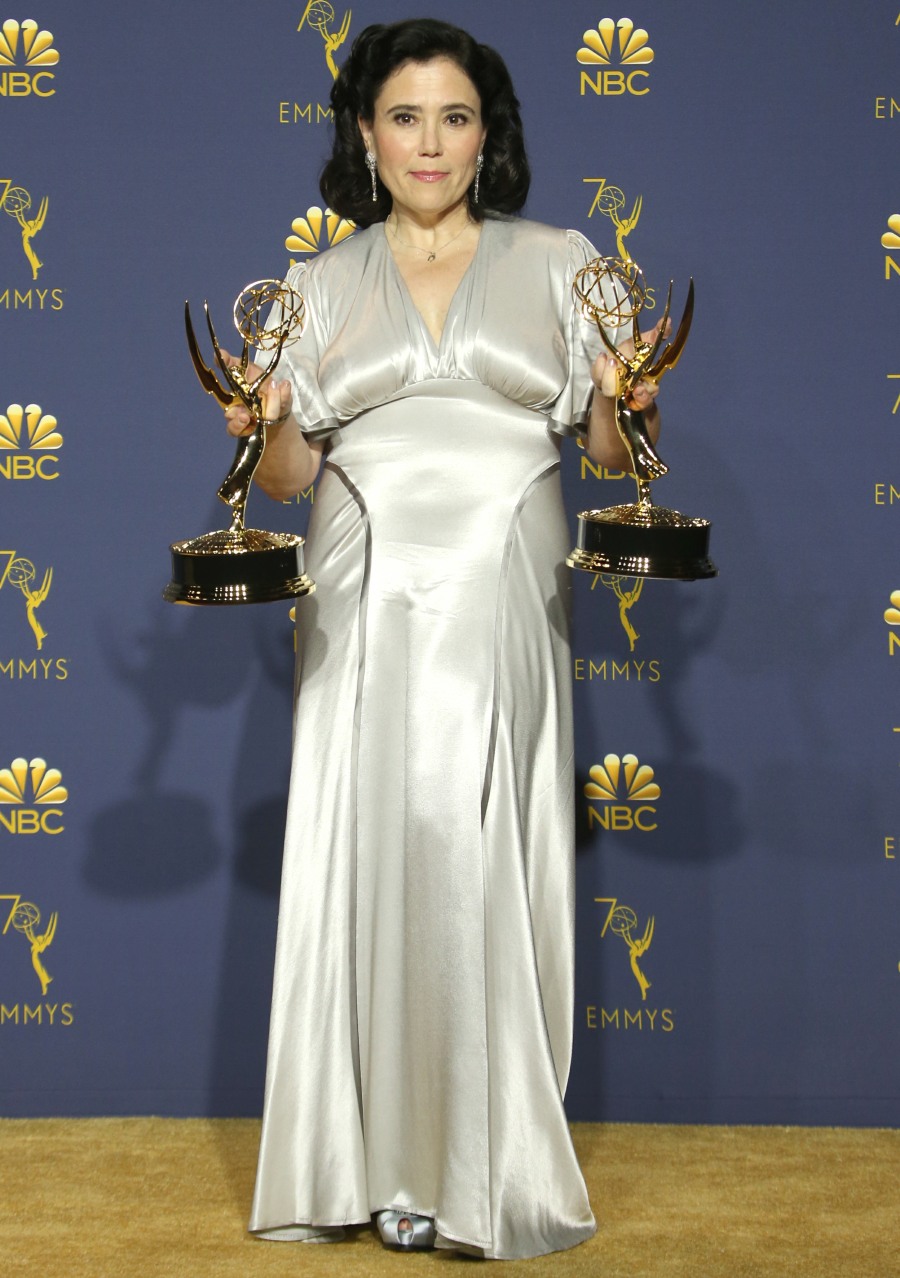 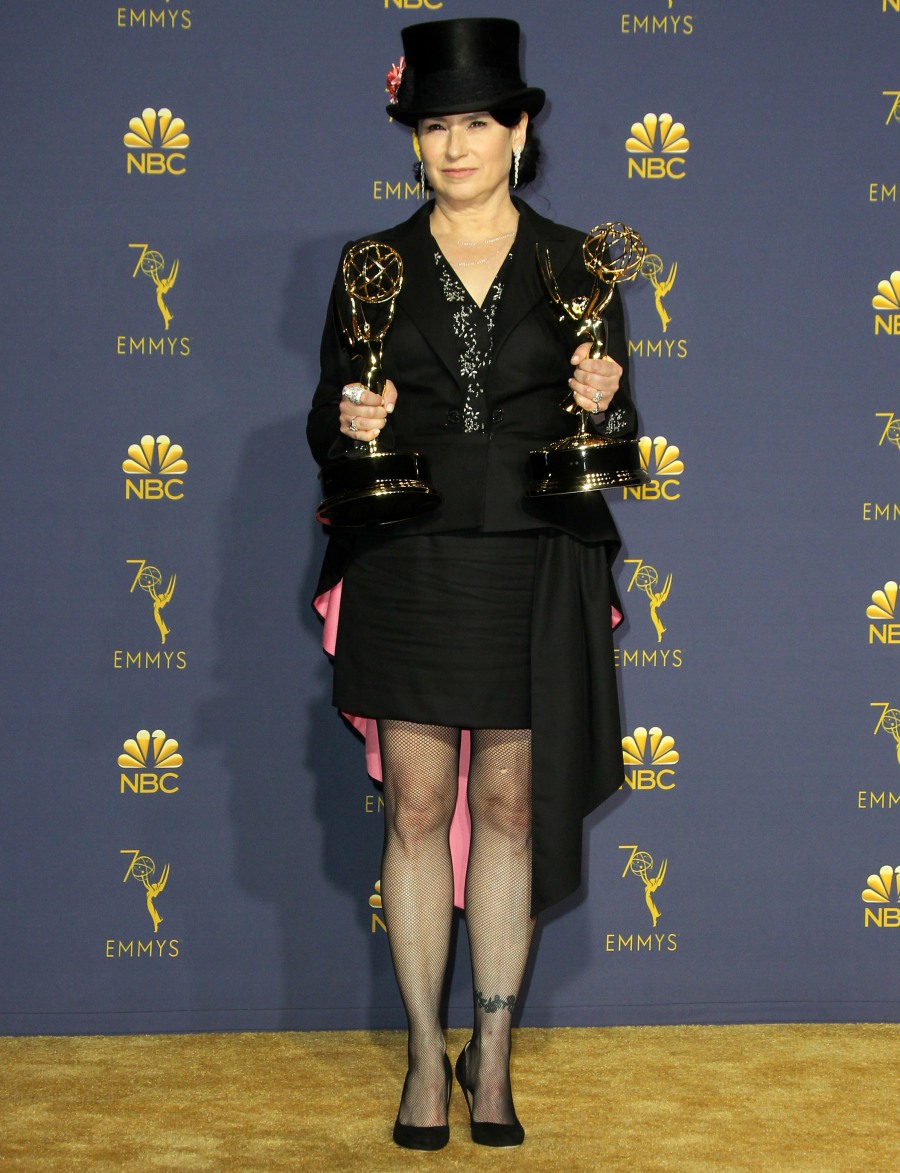 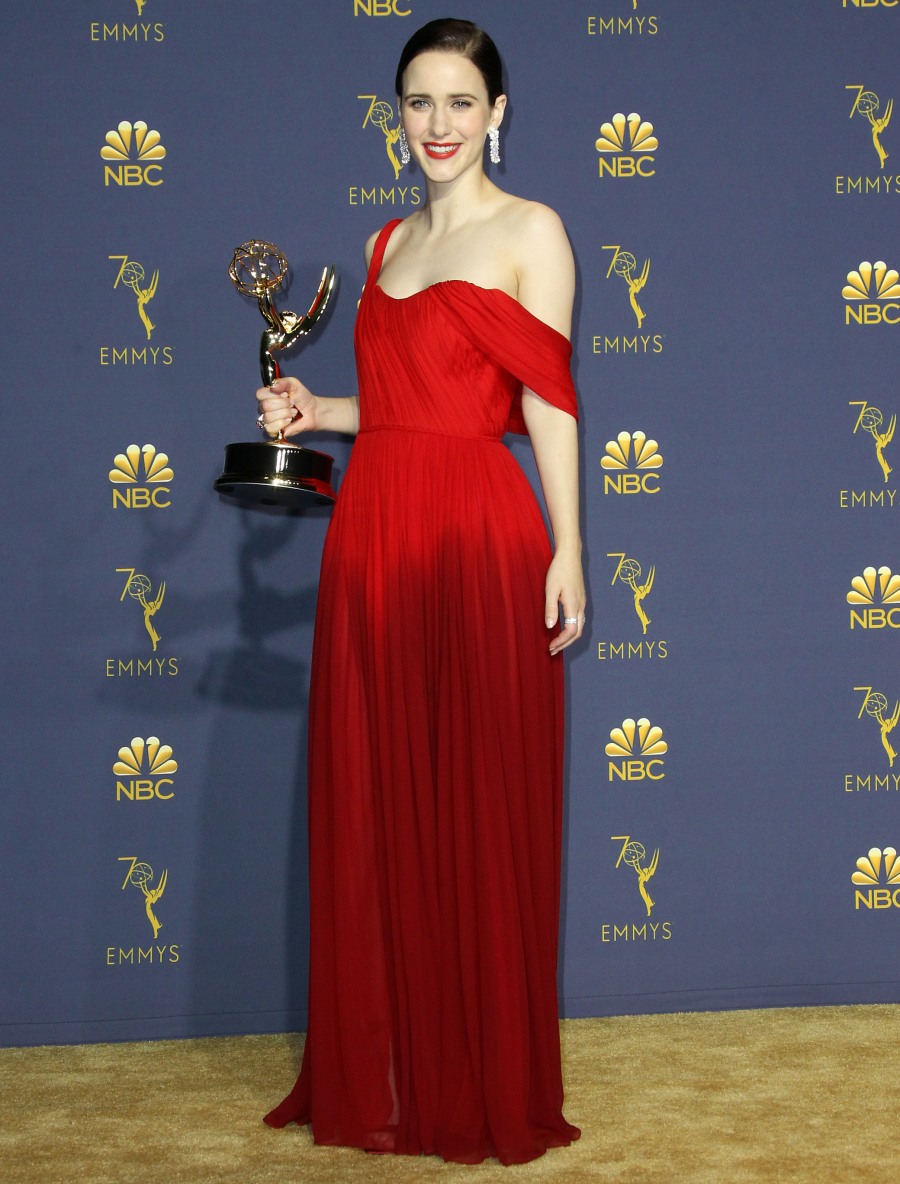