Nicole Kidman: ‘I look at those films that Polanski made, and they’re amazing’ 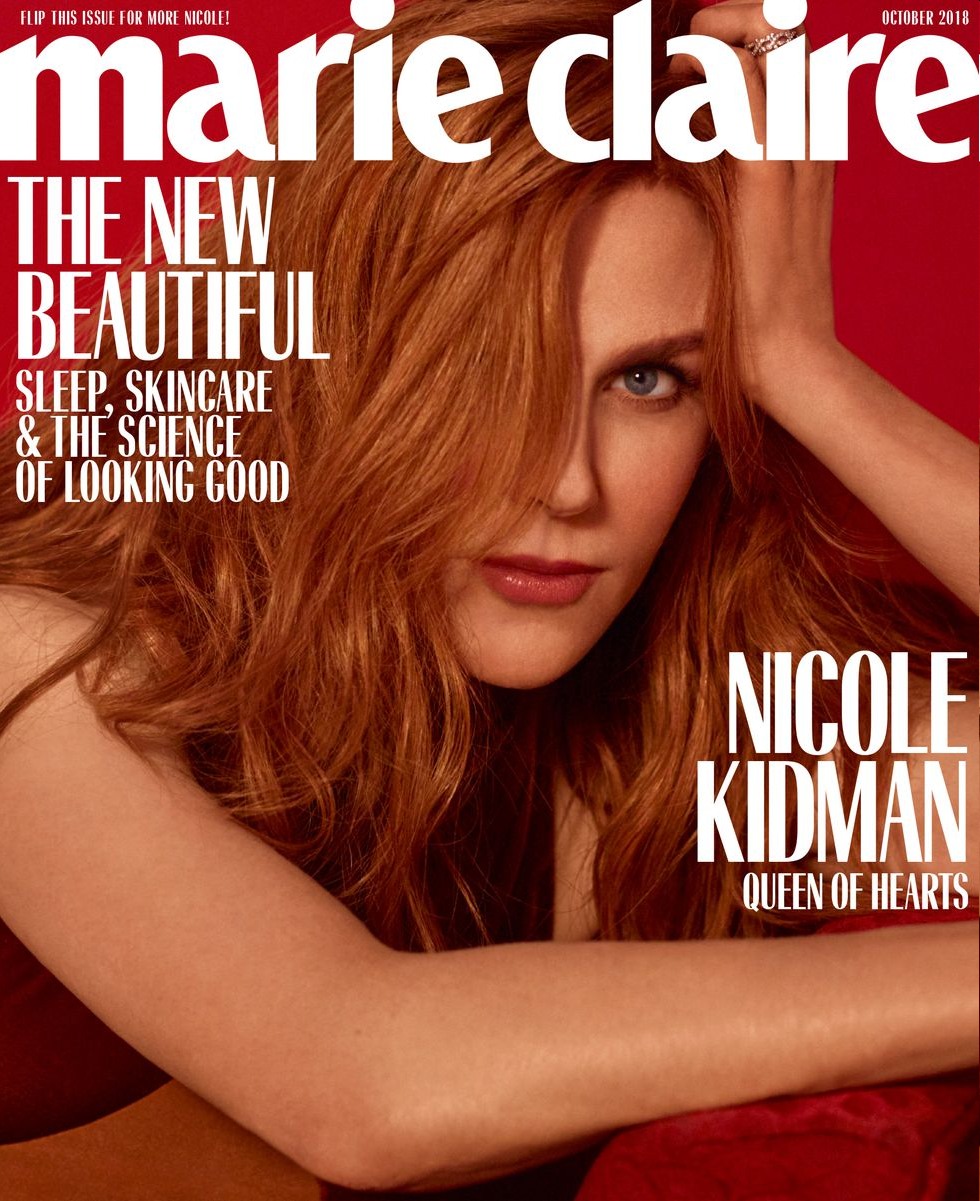 Nicole Kidman covers the October issue of Marie Claire to promote all of her projects coming out in the next few months, but especially the film Boy Erased. Boy Erased is the true story, based on Garrard Conley’s memoir, of being a Baptist preacher’s son who is forced into gay-conversion therapy. Nicole plays the mom, and Russell Crowe plays the Baptist preacher dad. The film is directed by another Australian, Joel Edgerton. God knows, it could be another Oscar-bait project for Nicole, depending on how critics receive the film. Anyway, in Marie Claire, Nicole talks about how she has a “strong sexuality” and yet she was raised by “stoics.” You can read the full piece here. Some highlights:

What kind of artist she is: “Well, I always say I’m a pretty even mix, but I’m probably dominated by that,” she says, with one hand over her heart. “If you don’t come from a feeling place, you just end up with an enormous amount of technique. I have this,” she says, tapping her head again, “but that can be overruled. It fluctuates too. I have a strong sexuality. It’s a huge part of who I am and my existence.”

How she thinks of her life: “I have a very sort of quiet life, I suppose. I try to live a soulful, artistic life.. [I’m] trying to raise my daughters in a really conscious, present way. Time becomes so precious as you get older… I mean, I feel probably more now than I ever have. I’m incredibly sensitive to the world and to the way in which we’re all navigating together as people. Artistically, I can make statements.”

She still experiences fear: “Crippling fear at times. But at the same time, I was raised by stoics… It’s a philosophy, a way of behaving and being in the world, which I kind of don’t have. I have a little bit of it, but I have far more of, like, ‘Oh, my God, how am I going to get through this? I can’t get through this! I can’t get up!’ And then I think, ‘Get up!’ I think once you have children, your resilience is built, and your ability to go, ‘OK, I can’t wallow…and I certainly can’t get into bed for a week and never get out.’”

Her adult children Isabella & Connor: “They’re adults now, married and off in their own lives. They’re totally grown-up people.”

How she feels about watching films made by predators: “I look at those films that Polanski made, and they’re amazing. I’m sort of navigating through it myself with my own moral compass. What do you do? Do you ban it? Or see it as art? Or judge it in this time looking back at that time? I have no answer.” But she does have questions. One of her favorites: “‘What do you mean?’ And ‘I don’t understand.’ And ‘Teach me.’ Those are really important things to constantly be saying. I’m willing to learn. Since I was a kid, I’ve loved learning, growing, broadening, understanding, being challenged, being dissected. And I’ve had some of the greatest teachers in the world.”

Weirdly, I guess I’m not going to judge her for saying Polanski’s films are “amazing.” I feel like what Nicole is doing is subtly but substantially different than what Cate Blanchett and others have done. Blanchett and other people tried to create a convoluted rationale of “you can watch a predator’s movies just as long as they’ve never been convicted of anything in a court of law,” which… we’ve discussed many times as being problematic. I think Kidman truly doesn’t know what the right answer is, and neither do I. I think Polanski is a monster who has abused and assaulted multiple girls and women over the course of decades. But I also think Chinatown holds up as a film classic. What is the answer?

As for Nicole saying “I have a strong sexuality” – does she though? Maybe she does in her private life, but I’ve never really thought she works as a romantic lead because she comes across as rather icy and asexual on-screen.

68 Responses to “Nicole Kidman: ‘I look at those films that Polanski made, and they’re amazing’”