Jane Fonda on overcoming bulimia: ‘With each binge, the self-loathing lasts longer’


Embed from Getty Images
Jane Fonda has been doing some in depth interviews and I don’t understand why more people aren’t into paying attention. I’m still covering her because she’s so interesting and wise, she’s laying bare her life and she’s unafraid. I hope I get to Jane’s level of bada–ery within 20 to 30 years, but even if I achieve 60% of that by the end of my life I’ll have been a wild success. Jane is promoting her HBO documentary Jane Fonda a Life in 5 Acts. In her interview with People Magazine she talked about her struggle with bulimia and the fact that she was able to quit binging and purging. She said it wasn’t easy but that she was able to do it.

“I was doing the workout before I started the business, and it gave me back a sense of control over my body,” she told PEOPLE’s editor-in-chief Jess Cagle, in the most recent episode of the Jess Cagle Interview.

“The longer space you put between yourself and the addiction, the easier it gets,” she says of recovering from both bulimia and anorexia. “I started the workout, and that kind of cemented my ability to eat normal, which I can do now. Some people say you can never get over it, but you can.”

As for how she finally stopped the cycle of bingeing and purging—or simply avoiding food altogether—she says the reality was, she was getting too old to handle it.

As for how she finally stopped the cycle of bingeing and purging—or simply avoiding food altogether—she says the reality was, she was getting too old to handle it.

“As you get older, with each binge, the fatigue and the hostility and self-loathing lasts longer,” she says. “I had a husband and children and a career, and I was politically active. I couldn’t keep doing it all and allow this addiction to ruin my life. So I stopped cold turkey.”

She adds that it wasn’t easy: “Oh it was so hard,” she admits.

Fonda says she’d like others to understand that eating disorders are never actually about food. “It has to do with filling a hole,” she says. “We’re vessels that need to be full in spirits…but there are other ways to fill it.”

It’s rare to hear someone describe eating disorders as an addictive behavior, but that makes so much sense. It’s also offers a path to quitting that many sufferers may not have considered.

Jane has done a bunch of other press this week, and I had the pleasure of watching her Colbert interview, where she discussed her activism in Vietnam (she apologized for that for the umpteenth time, don’t @ me) and the fact that all proceeds from her workout tapes went to The California Campaign for Economic Democracy, which she started with her second husband, Tom Hayden. Fonda was my age, 45, when she did her first exercise video. Holy crap that’s amazing.

Oh and here’s a link to quick Q&A she did with Marie Claire. She said the movie with the greatest ending was Get Out and that the last show she binge watched was The Good Place. Me too! That’s it, I’m going to do one of her workout videos today. 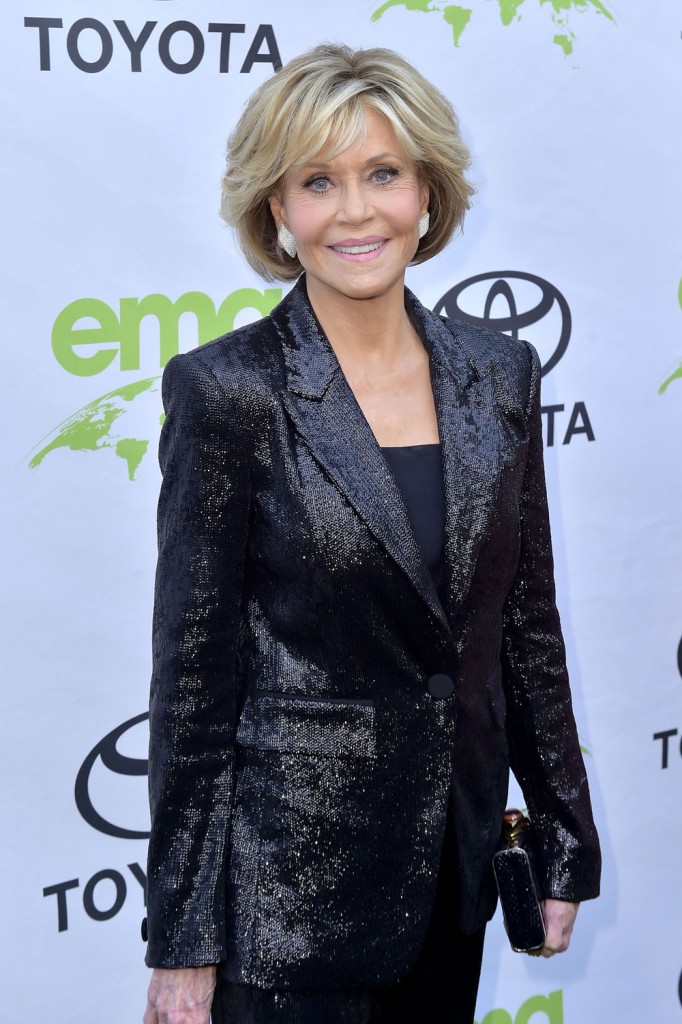 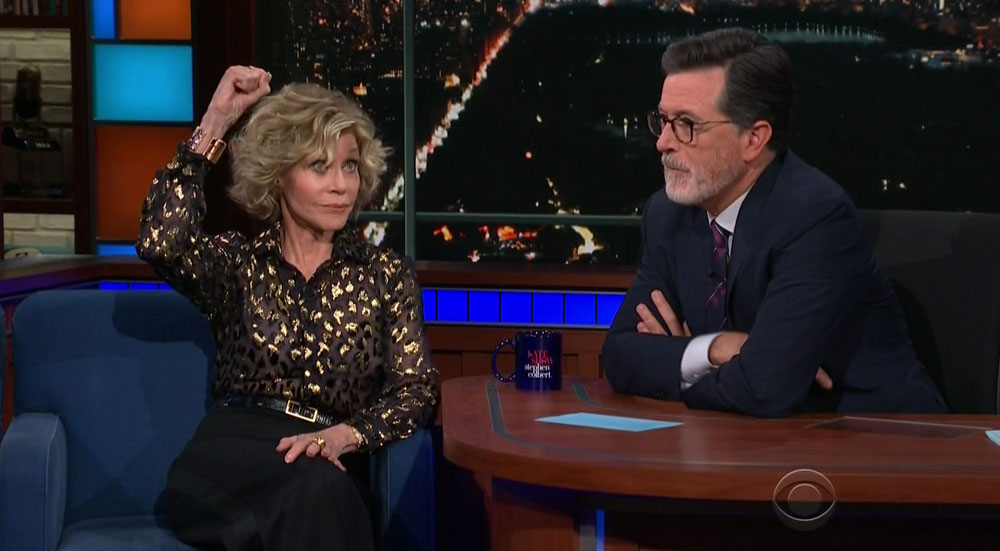 18 Responses to “Jane Fonda on overcoming bulimia: ‘With each binge, the self-loathing lasts longer’”