Controversy: Fantastic Beasts’ Nagini was cast with a Korean actress 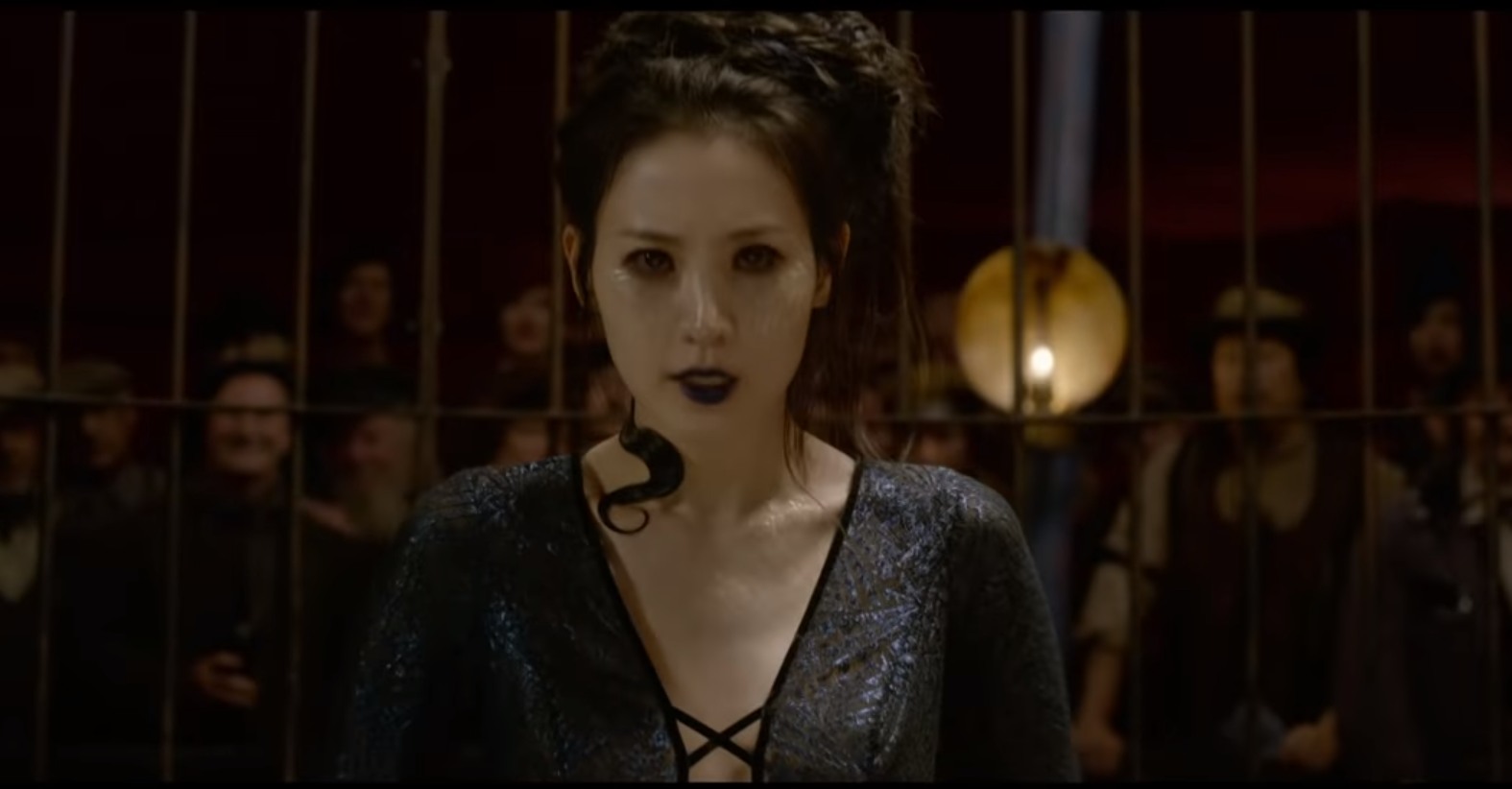 A few days ago, the final trailer for Fantastic Beasts: The Crimes of Grindelwald was released online. I didn’t pay much attention, because I made up my mind months ago to not care about any movie with Johnny Depp. Depp’s involvement is problematic enough, but there was a new problematic wrinkle that worried fans when the trailer came out:

It happens near the beginning of the trailer, do you see it? They cast Korean actress Claudia Kim as Nagini, the human woman “with a blood curse that causes her to transform into an animal,” in this case, a snake. The problem is that this is the first time anyone has seen the Nagini character’s human form, and people took issue with the role being played by an Asian actress specifically. The Potter universe is fantastical, of course, but people have always noted that the universe is dominated by white characters. The few non-white characters are poorly drawn, or two-dimensional, or in this case… an Asian woman who becomes the subservient “pet” of a white villain (Lord Voldemort in the Potter books).

According to author J.K. Rowling, Nagini is a maledictus — a woman with a blood curse that causes her to transform into an animal — and the author claimed she’s been holding onto this secret for nearly two decades. The knowledge now throws Nagini’s character and her actions in the Harry Potter books into a different light, with people pointing out on social media that in the books, Nagini is a submissive character who eventually becomes the property of a male blood supremacist.

When people questioned JK Rowling’s choice here, she said she always intended for Nagini to be played by an Asian actress. Here’s one of her arguments:

The Naga are snake-like mythical creatures of Indonesian mythology, hence the name ‘Nagini.’ They are sometimes depicted as winged, sometimes as half-human, half-snake. Indonesia comprises a few hundred ethnic groups, including Javanese, Chinese and Betawi. Have a lovely day 🐍

I’ll buy JK’s argument that this wasn’t a late addition to make the Fantastic Beasts/Potter universe more diverse, and that she always intended for Nagini to be an Asian woman. That being said, just because this is now part of the canon, doesn’t mean it’s completely A-OK. Besides that, many people are pointing out that the mythology of Naga is rooted in Indian mythology and… if you want to get technical about it, maybe an Indian actress should have played Nagini instead of a Korean actress???

JK Rowling: …and that’s why she will be played by a Korean woman.

Asian person: that’s not in Indonesia. Or India. Where the mythology comes from. Let’s look at the map again JK

Does this mean I now hate Harry Potter? No. I still love it. But let's make it clear. Harry Potter is problematic AF. So let's discuss it now so that our future generation of writers who create the next blockbuster books and movies can do better.

Woke: Asian women brainwashed, transfigured into a giant snake and kept as a pet/slave for 60 years by white male antagonists, then decapitated by a teenager.#FantasticBeasts #nagini pic.twitter.com/mkNA6wniD9

Ok, this is gonna be the last thing I say on this.

I just want to say that I'm impressed with J.K. Rowling, it takes a LOT of confidence to go 2/2 on racist Asian stereotypes.
Cho Chang being the demure "gentle flower" and #Nagini being the sexually attractive "dragon lady". 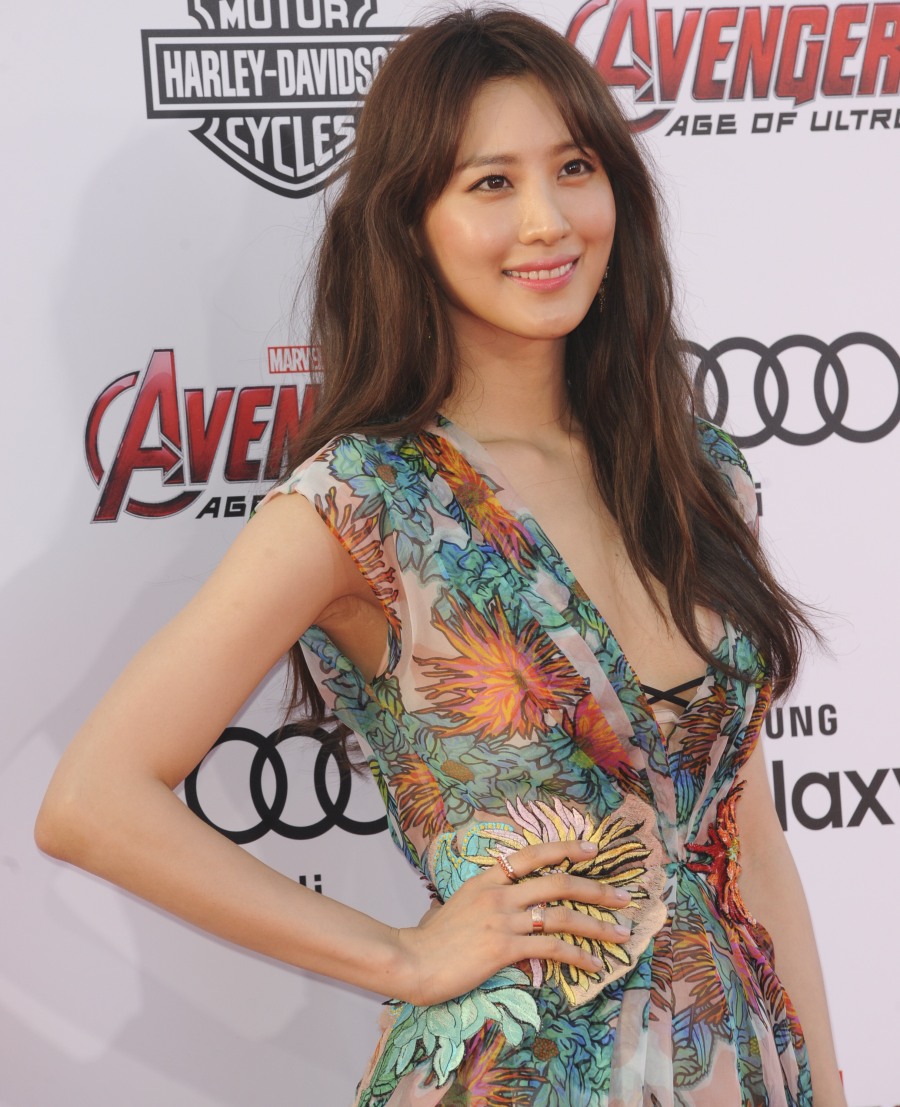 81 Responses to “Controversy: Fantastic Beasts’ Nagini was cast with a Korean actress”