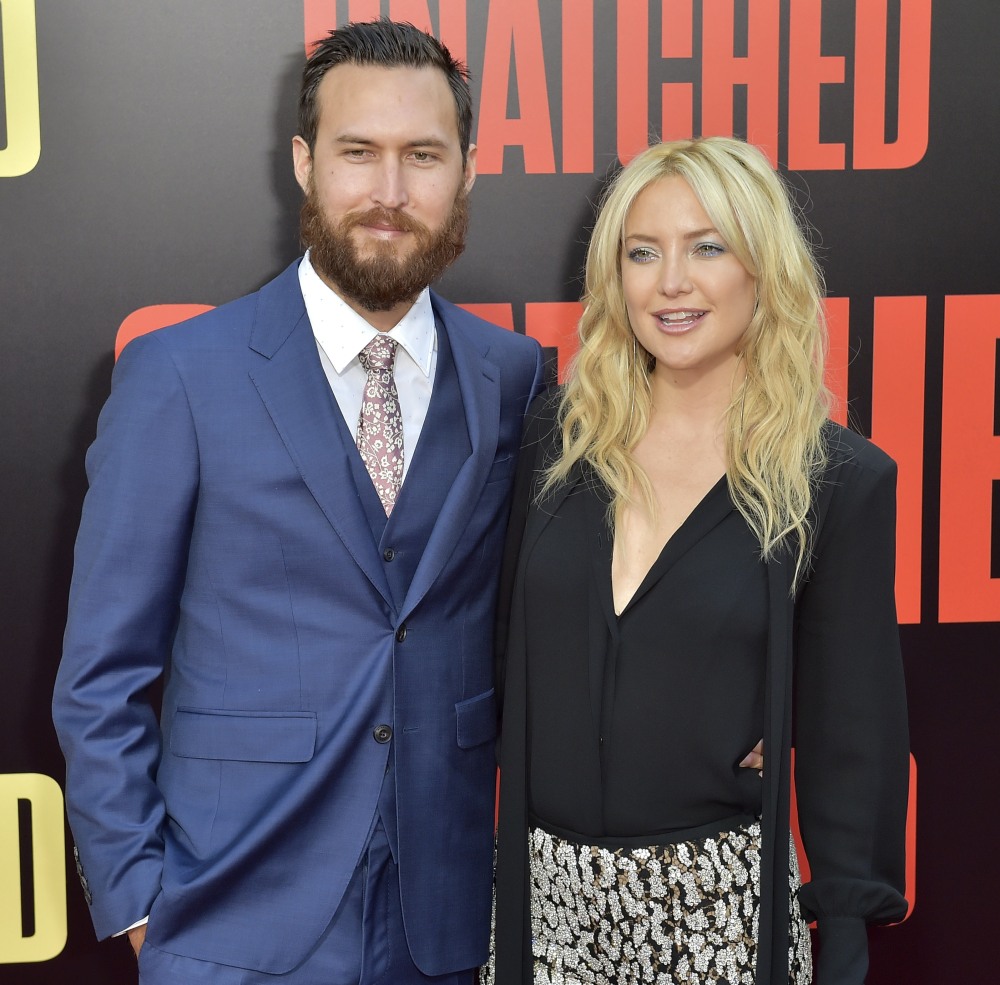 It felt like Kate Hudson was pregnant for two solid years. We actually learned that Kate was expecting a child with her boyfriend Danny Fujikawa back in April, which doesn’t seem that long ago, except time has no meaning these days. Kate has two sons with two baby-daddies: 14-year-old Ryder Russell Robinson with ex-husband Chris Robinson, and 7-year-old Bingham Hawn Bellamy with ex-boyfriend Matt Bellamy. I think Kate just likes to have babies every seven years, and maybe she was trying for that much-sought-after daughter. And she got the girl!

Kate Hudson‘s mini-me has arrived! The actress, 39, announced on Instagram Wednesday that she and her boyfriend of over a year, Danny Fujikawa, welcomed their first child, a baby girl named Rani Rose Hudson Fujikawa, on Tuesday, Oct. 2.

“We have decided to name our daughter Rani (pronounced Ronnie) after her grandfather, Ron Fujikawa. Ron was the most special man who we all miss dearly. To name her after him is an honor,” Hudson wrote in her announcement post, which was captioned simply, “She’s here.”

She continued, “Everyone is doing well and happy as can be. Our family thanks you for all the love and blessings that have been sent our way and we send ours right back.”

I would have half-way liked “Rani” if it was pronounced Rainy or Rainey, but pronouncing it Ronnie? Eh. Just name your girl Ronnie! I get the decision to name her after her granddad, but just go all in and spell her name Ronnie. Anyway, congrats to Kate and Danny. I’m sure Kate is beyond thrilled to finally have a girl.