Emily Ratajkowski: ‘Women must feel liberated, not constrained, by feminism’ 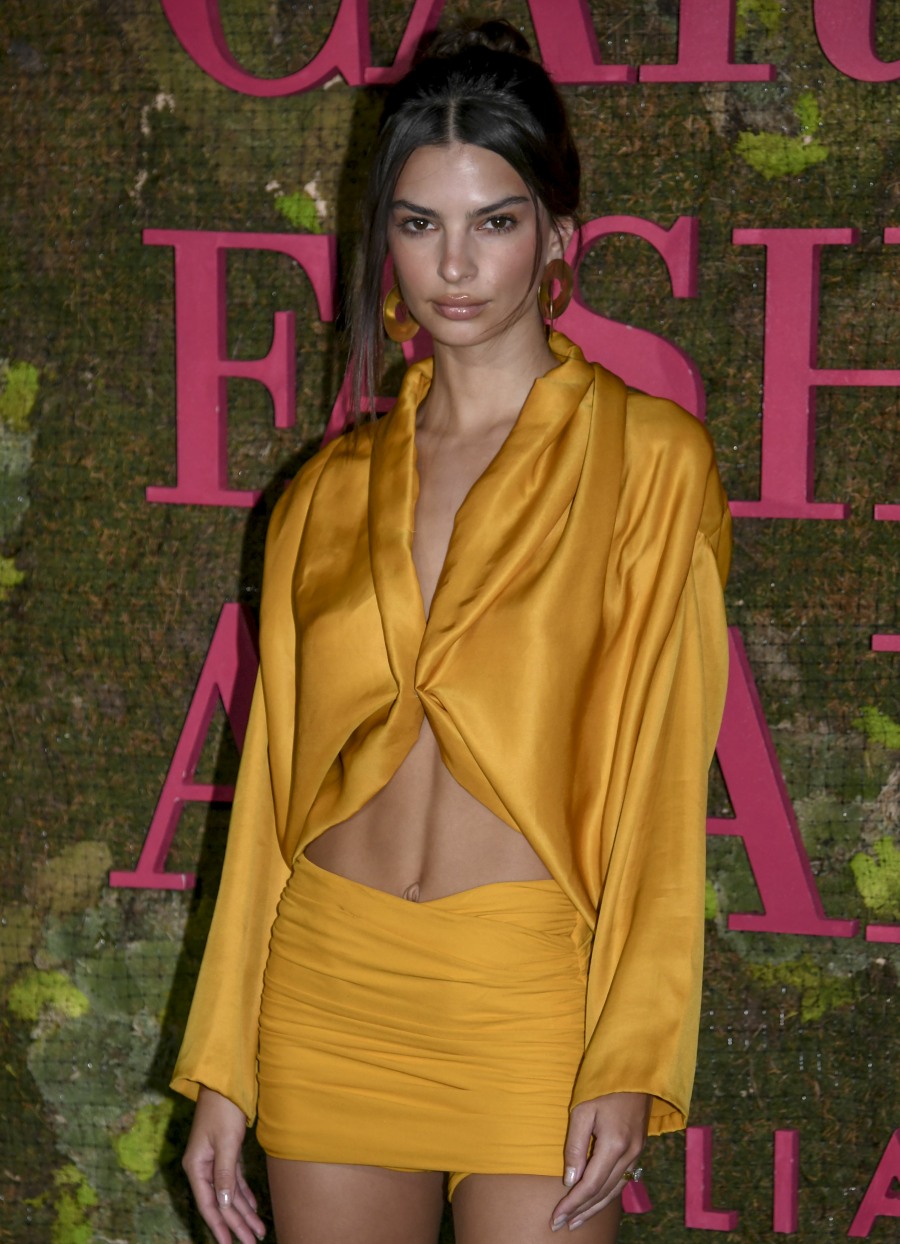 Emily Ratajkowski was arrested as part of the large demonstrations and protests around Brett Kavanaugh’s nomination (and confirmation) to the Supreme Court. It’s just a reminder that Emily might not be the most intellectual feminist out there, but she really does care and she really is trying. Emily has long discussed feminism in the narrow view of “feminism is not judging me for my scantily clad selfies.” Well, Emily has a new interview in Grazia where she says much of the same. It’s not that I truly disagree with her about most of this stuff, I just wish her take on feminism existed beyond the end of her nose. Some highlights from Grazia:

Whether selfies are art: ‘Yes! I think selfies have more to do with talking about gaze, especially for women. I don’t know if that is always art but they definitely engage in a conversation about the gaze – a new level of self-portrait.’ She hates art elitism, though. ‘The thing that made me not like the art world is snobbery and the bullsh-t. Art in every form should be about a visceral response.’

She likes French feminists. She admires how Frenchwomen embrace their sexuality in a way that’s ‘never vulgar’ or ‘obvious’ because they always ‘have ownership of their bodies’.

Good lord, did you know she had developed her bust at the age of 13? ‘I had quite a figure at that point, curvy with really big breasts’ – when she wore a cute dress to a dance and was turned away for looking too sexy. ‘It was so embarrassing. I wasn’t having sex and didn’t know what being sexy was so it was very strange to get that kind of reaction. I felt like it was my fault although it wasn’t.’

On feminism & sexuality: ‘For me, feminism is all about choice: socially, sexually, in the workplace, in any capacity. It is about women having the freedom to choose.’  Are there limits to that? ‘I don’t think so. Once you start drawing lines you’re missing the point, because everyone has different things they want for themselves… and there are no limitations for men in that way.’ What’s essential, she thinks, is that ‘Women must feel liberated, not constrained, by feminism.’

She doesn’t want to be a mom or a role model yet: ‘I don’t want to be vanilla! I think having haters is a good sign! I want to inspire people to get mad.’ When I ask what she’s afraid of, she says ‘mediocrity’. ‘I would rather have 300,000 trolls than nobody saying anything.’

Marrying Sebastian Bear-McClard: They married after they dated for just four weeks because she ‘felt if I’m not going to get married when I’m this in love with someone then I don’t ever want to get married’. She walked the aisle in a yellow Zara suit. ‘It just felt like the most me outfit ever,’ she grins. Yes, her wardrobe was a feminist statement. No, she didn’t take his name. Although, she grins, ‘My family has been joking about him taking mine.’

How many times is she going to tell that story about developing her bust early on? Good lord. Every time she tells that story, it feels like she’s saying “I realized I was a feminist the moment I was discriminated against for being stacked.” As for the rest of it… I actually had a minor epiphany while I read through this interview: Emily is a new strand of Cool Girl. She’s the new Feminist Cool Girl, where she’s all about making her White Feminism Lite appealing and palatable to men. She’s not looking to extend her knowledge of feminism beyond “I want to post a lot of sultry selfies,” so she’s just telling men that when they look at her bust, they’re being feminist allies. That’s what it is. 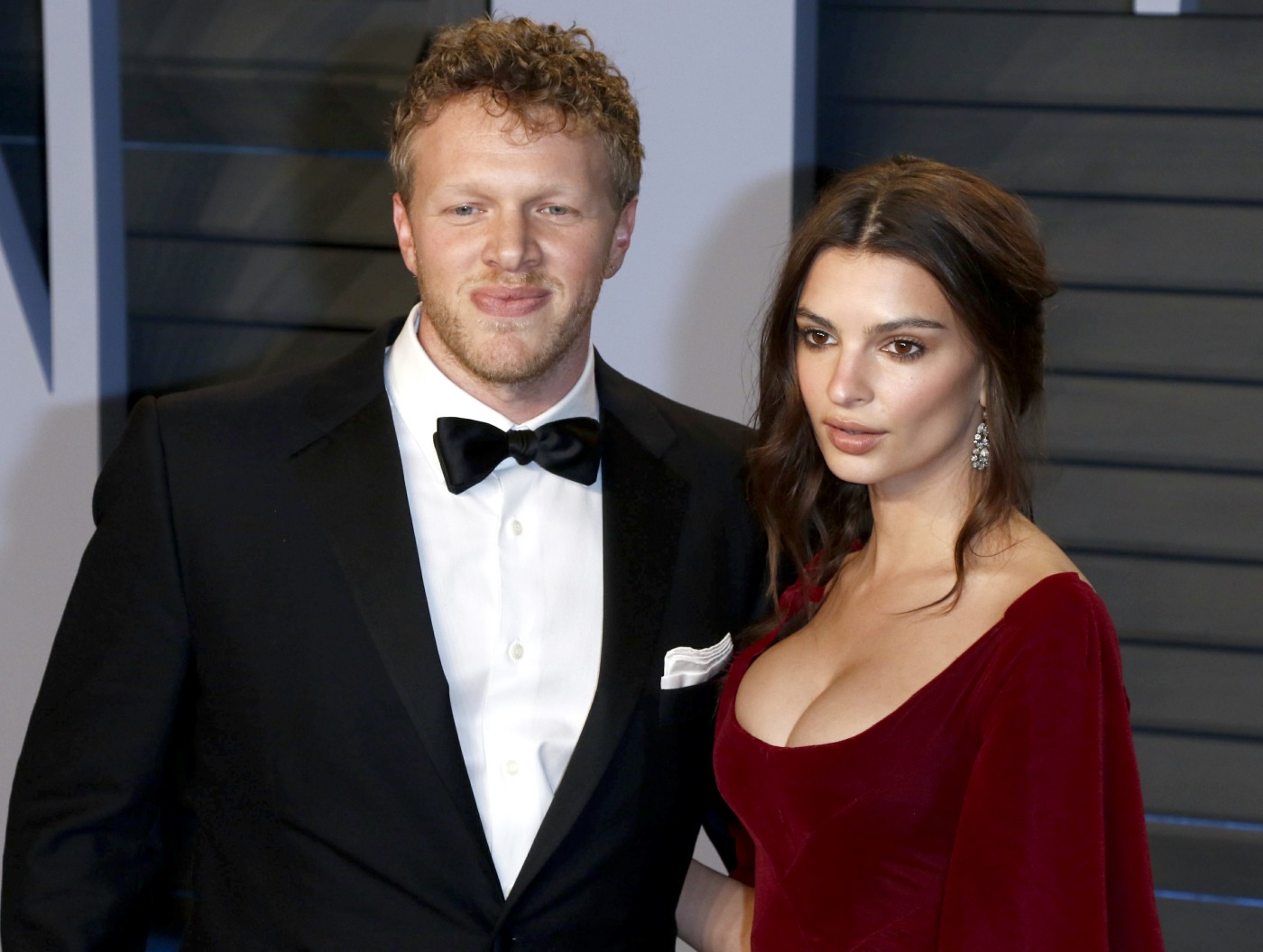 52 Responses to “Emily Ratajkowski: ‘Women must feel liberated, not constrained, by feminism’”