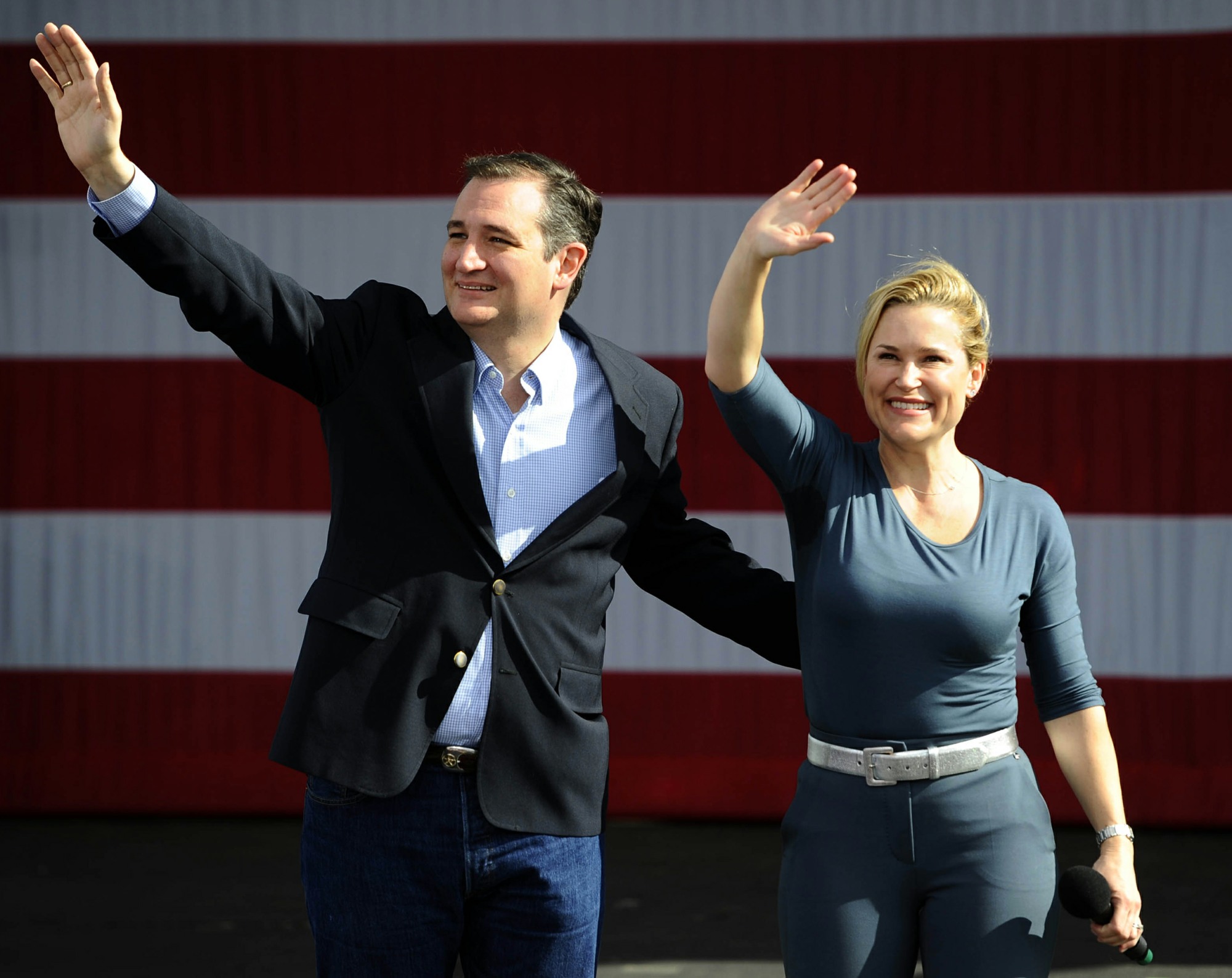 If you’re anything like me, you were idly reading stuff on Twitter this morning and you wondered why “Heidi Cruz” began trending. Heidi Cruz is the long-suffering wife of Senator Ted “Zodiac Killer” Cruz, who is up for reelection in Texas. His opponent is Beto O’Rourke, the charismatic, good-looking, badass Democrat. Will Beto win? I hope so. Do I think Ted Cruz is a charisma vacuum who likely murders hoboes? Yes. Do I also have some kind of weird sympathy for Heidi Cruz? Maybe. So that’s why Heidi Cruz started trending – The Atlantic did a soft-focus interview with her about how her life is kind of crazy and maybe we should have sympathy for her. The problem is that even Heidi Cruz fully admits that she knew what she was signing up for when she married the Zodiac Killer. The details in this piece… well, here’s a small taste:

She loved the Zodiac Killer at first sight: He was “super-smart” and “really fun” and looked like a “1950s movie star.” “It was love at first sight,” she told me.

His first gift to her was a pearl necklace: Call me every day when your day is done, she instructed him. And he did call her, every day that spring, at about 3 or 4 a.m. Later that summer, Ted gave her a strand of pearls. Probably fake, she still thinks, but they were from Bergdorf Goodman. And this was special: She’d mentioned once that she liked to go to Bergdorf’s, to look at the china and other delicate things behind glass, and he’d listened.

What he insisted on for their wedding: Heidi found herself planning a May wedding to a man who, for all his pretension, insisted they play “A Whole New World,” the popular Disney song, at the end of the ceremony. She didn’t understand: They had a band, she told him—a violinist, no less! Why on earth would they play a CD? “Because no one can do Aladdin,” he said. She relented, and it became a theme of sorts. Or that’s how she remembers it, anyway. On a magic carpet ride.

What she wishes she had known: “I would say to younger women: Be intentional about your decisions. And I do appreciate that Ted started our life together with that song, because there’s some truth to it. He’ll be like, ‘It’s such a great life! We have so much adventure ahead! It’s like our magic-carpet ride.’ And sometimes I’m like, ‘I hope we don’t hit the cement.’”

First off, I would be out the door as soon as the guy insisted on playing a song (off a CD!) from Aladdin. I don’t care if it’s a beautiful song. That sh-t is tacky at a wedding. But the entire piece reads like that – Heidi is more sympathetic than her husband, but to be fair, Charles Manson is more sympathetic than Ted Cruz. She comes across like a rich, bored housewife with ennui. She’s not dripping with self-pity, to her credit, but you can tell that she’s like “I could have had a successful career on my own, why did I subjugate my own interests to marry the Zodiac Killer?” Plus, her husband ended up kissing up to Trump after Trump attacked her looks. Why would you stay with a man who did that? The Atlantic never asks.

Some reactions to The Atlantic article:

Heidi Cruz is a 'victim' according to the Atlantic. Victim of what? Victim of being married to Ted Cruz. Ok, now I understand. That makes sense. #ThursdayThoughts

I give a lot of credit to Heidi Cruz for being able to stand by her husband @tedcruz after he accepted the endorsement of a man (@realDonaldTrump) who verbally and brutally attacked her in front of the nation.

That's why I support @BetoORourke