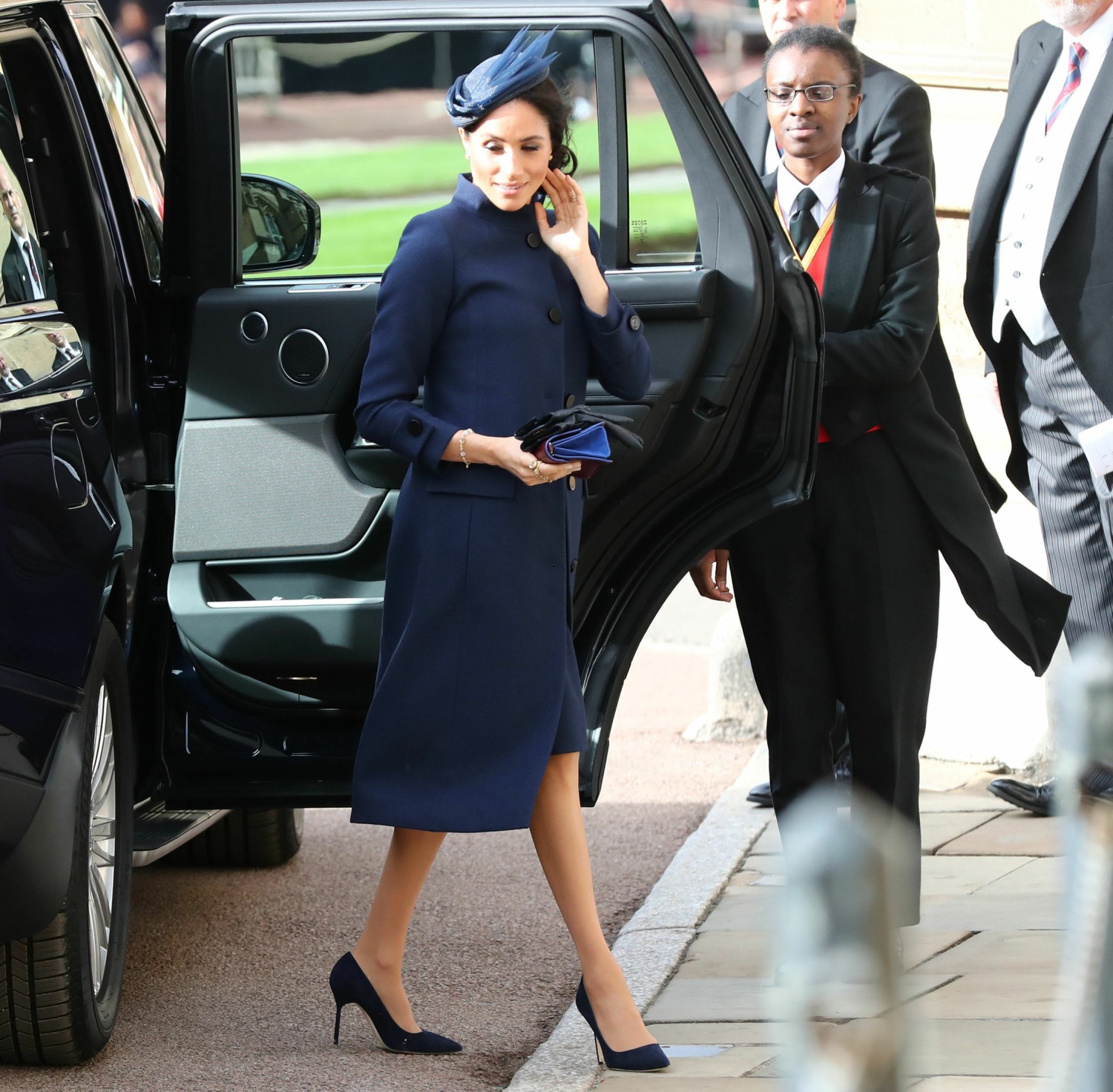 The Duke and Duchess of Sussex arrived together, obviously, for his cousin’s Friday wedding. Princess Eugenie and Jack Brooksbank’s wedding arrivals were structured much like Meghan and Harry’s wedding, although the Sussexes and Cambridges didn’t want to take attention away from the bride, so they walked quickly inside from their cars.

I immediately got pregnancy vibes from Meghan in the broadcast, seeing her in motion. But I have to say, in these photos, I’m not getting the same vibes. Meghan wore a Givenchy coatdress in a rather staid navy blue. The coat has a vintage flavor, like something Jackie Kennedy would have worn. It has… buttons. Not big, shiny buttons, but still. Noticeable buttons. Meghan also wore a smallish hat by Noel Stewart. She looks lovely, and perfectly appropriate for a wedding guest. 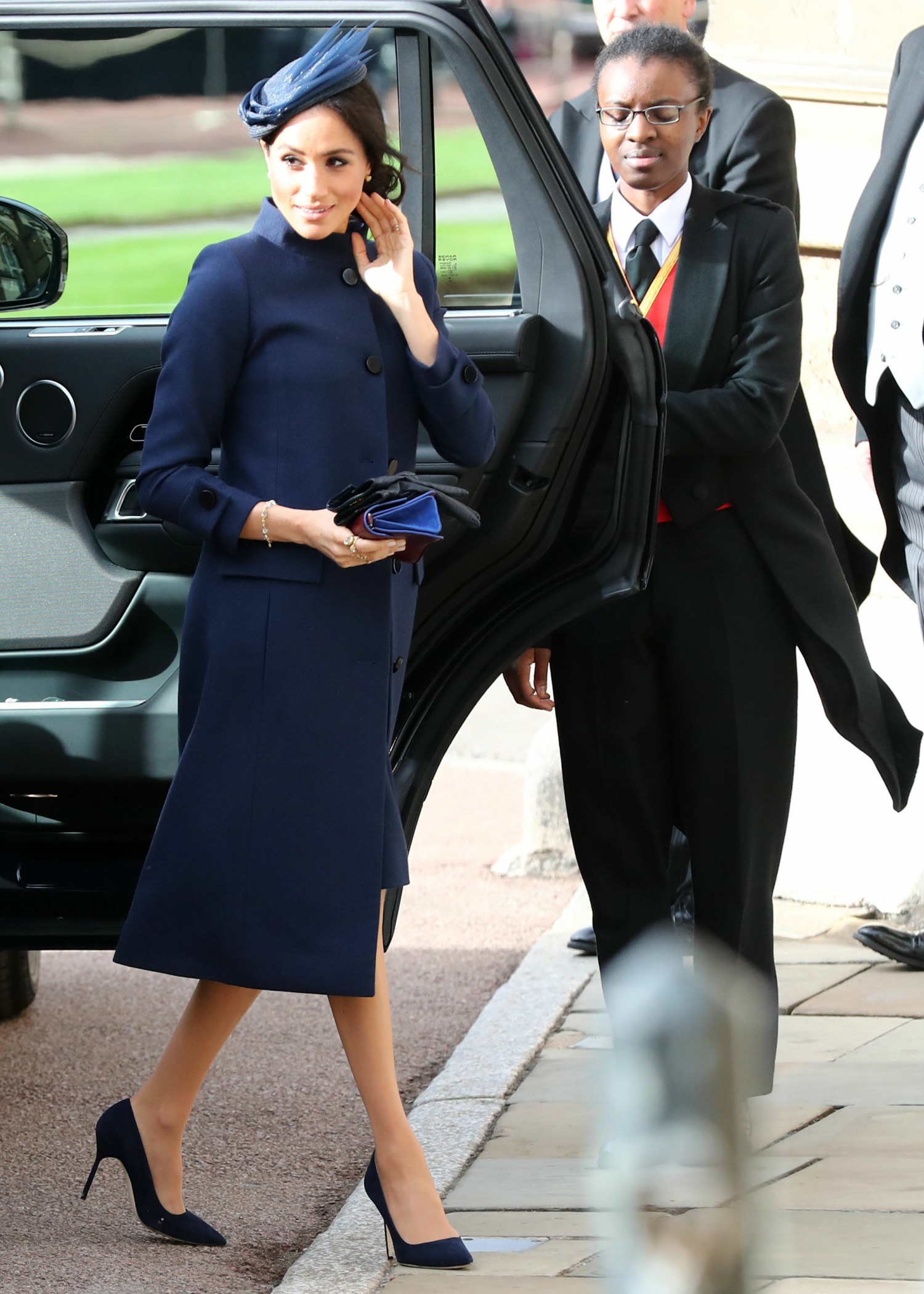 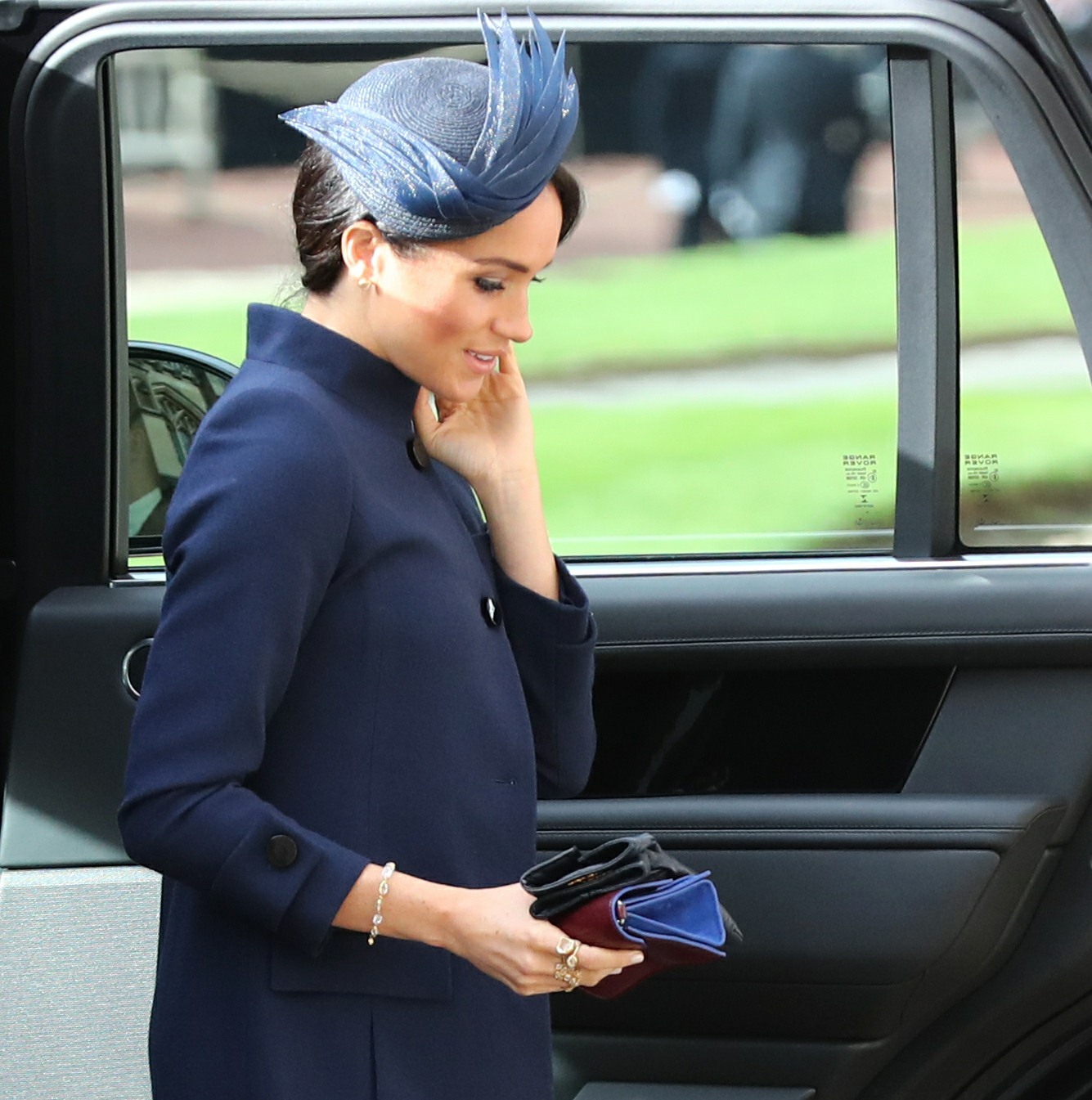 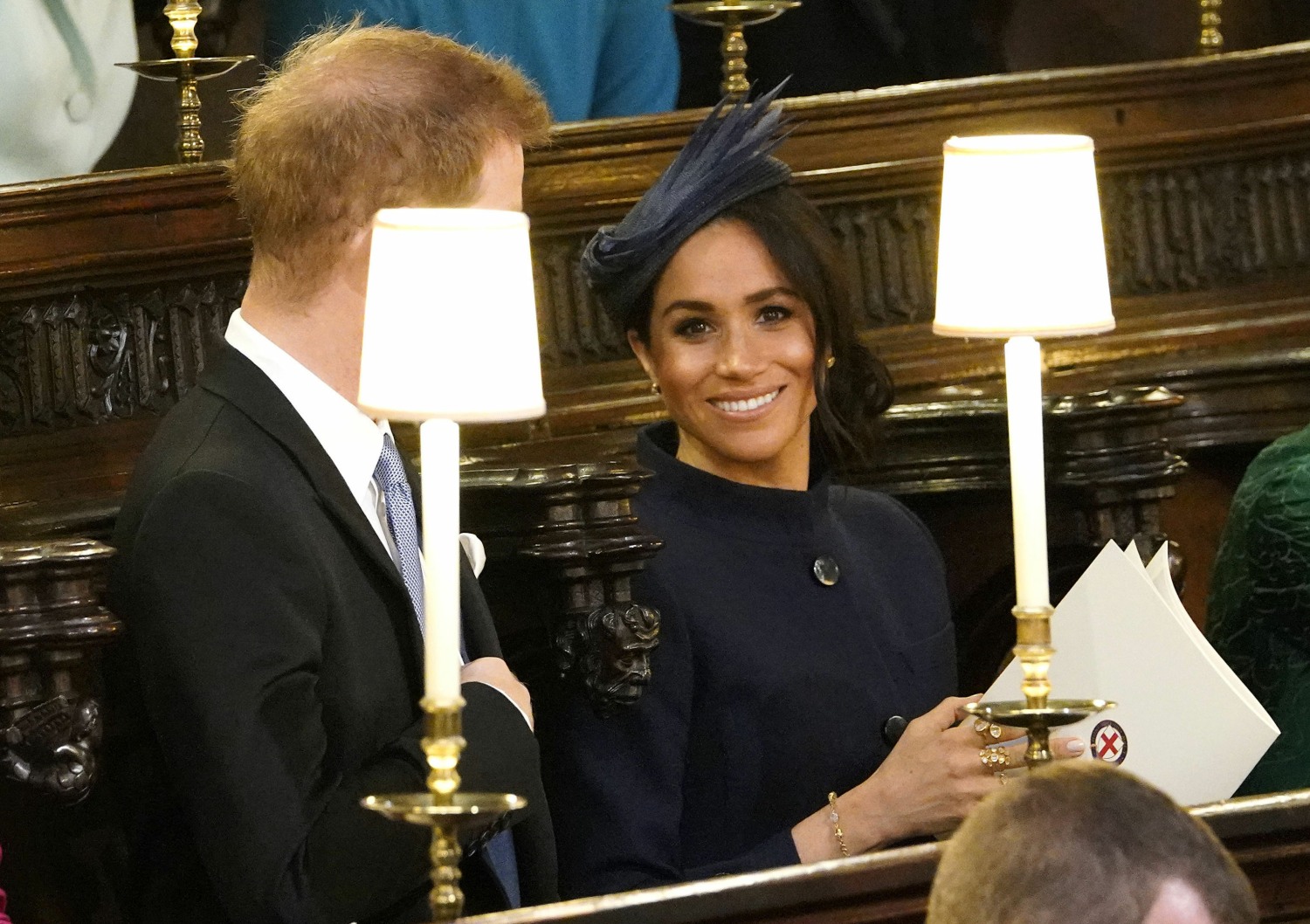 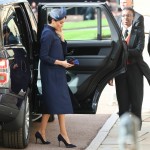