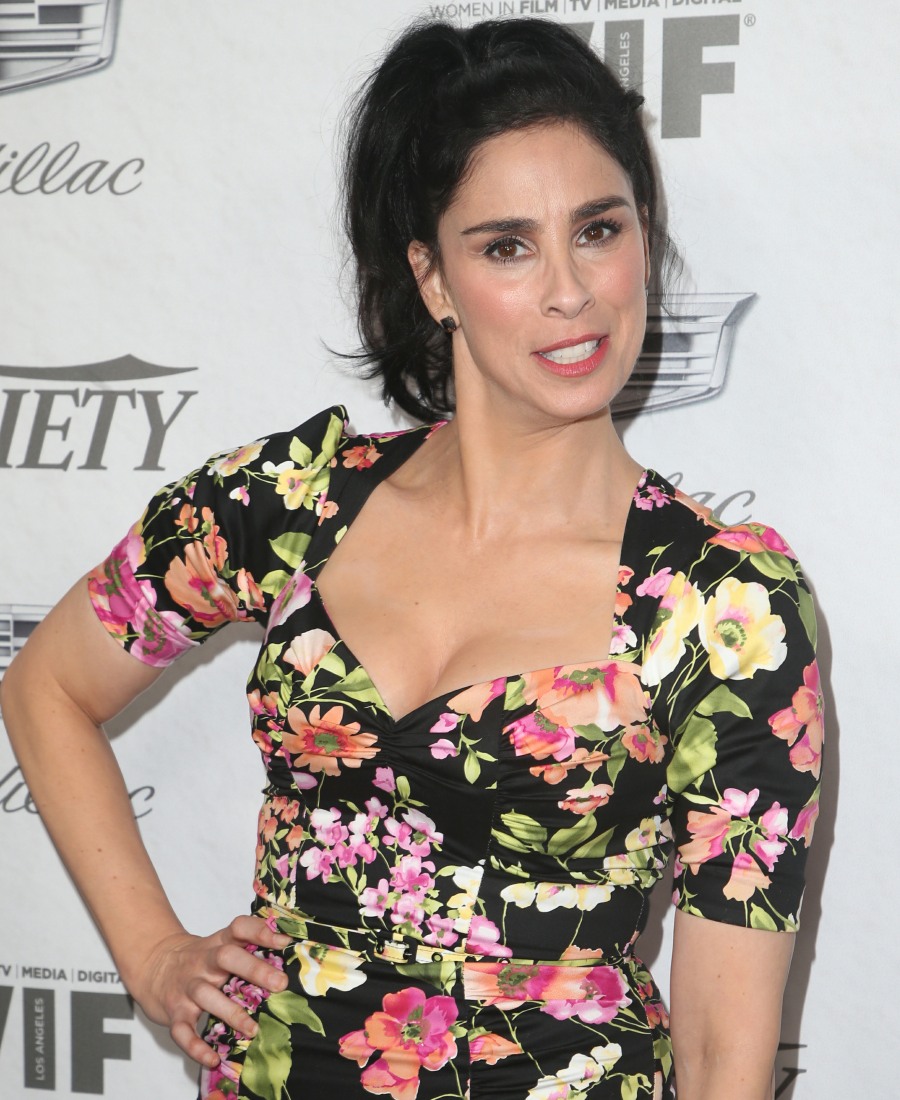 Louis CK had a little vacation. That was his “punishment” for sexually harassing multiple women over the course of his career. He took a little break and some of his projects got canceled, all because he liked to whip it out and masturbate in front of often-horrified women, often female comics who had much less power and access than him. Whenever one of them tried to speak out, Louis and his bros made sure to run her out of the comedy world or our of Hollywood. Louis CK is already back in comedy clubs, making everyone uncomfortable and generally being gross.

But I have no doubt that Louis CK will have a thorough “comeback.” Even in the first weeks of his “exile/vacation,” all of his friends were already falling all over themselves to justify and excuse his behavior. Well, Sarah Silverman is still friends with Louis CK. And she wants everyone to know that… he whipped it out and jerked off in front of her too. But she liked it. Silverman appeared on Monday’s Howard Stern Show (on SiriusXM) and here’s some of what she said:

When they were younger, he did it all the time: “I know I’m going to regret saying this. I’ve known Louis forever. I’m not making excuses for him, so please don’t take this that way. We are peers. We are equals. Sometimes I’d go, ‘F–k yeah, I want to see that!’ … We were only just friends. Sometimes, yeah, I wanted to see it. It was amazing. Sometimes I would say, ‘F–king no, gross,’ and we got pizza.” Sarah made sure to explain that her encounters are “not analogous to the other women that are talking about what he did to them.” She insisted that they were simply “letting our freak flags fly.”

She thinks Louis just failed to realize he couldn’t do that when he became more powerful: “Once he became powerful, even within just his [comedy] community, he felt like he was the same person, but the dynamic was different and it was not OK.”

Louis has remorse: “I’m not saying everyone should embrace Louis again. I believe he has remorse. I just want him to talk about it on stage. He’s going to have to find his way or not find his way.”

On Louis returning to comedy clubs: “I get it. I’m not in the business of telling people how to feel. He’s my brother and I love him. I can understand, I can try to understand him… I think I’m too close to really see the big picture.”

Can I get away with just writing “hard pass” and leaving it at that? I swear it’s not a “hard” pun, ugh. I just don’t understand the purpose of this kind of interview – surely all of the celebrities and comedians who love Louis CK also see how his actions hurt their industry? When will someone like Sarah Silverman stand up and say “yeah, he’s my friend, but I can’t justify what he did and my thoughts are with the women who felt violated by his actions and the women whose careers were altered by his actions.” You know who said something like that? Amy Schumer, when she talked about Aziz Ansari – there’s a way to balance “he’s a friend” and “but what he did was awful.” I left feeling like “who is this interview for?” Who is Silverman trying to win over? Men’s Rights Activists?