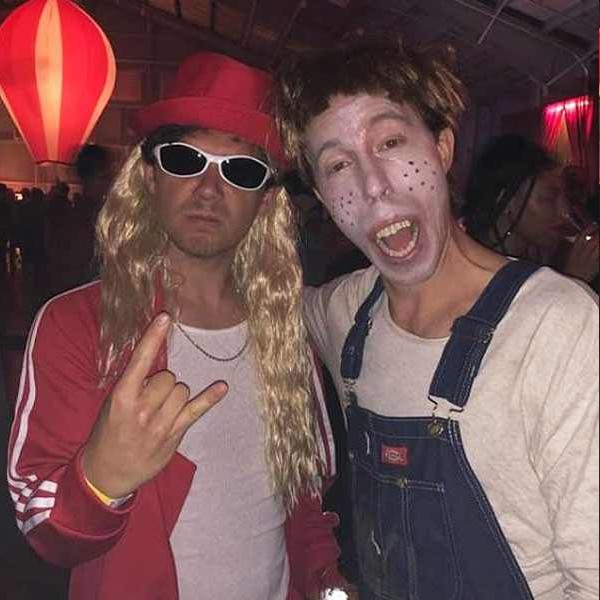 There are so many constants every year. Every Halloween, at least one celebrity – and usually more like a half-dozen celebs – will choose a completely stupid and inappropriate Halloween costume. They’ll “wear” someone’s race or ethnicity as a “costume.” They’ll do blackface, or wear a Native American headdress. But this is somewhat new: Shaun White decided to dress up as a movie character for a Halloween party. The character: Simple Jack, from the movie-within-the-movie in Tropic Thunder. Ben Stiller’s character, Tugg Speedman, is famous for playing a “Simple Jack,” an intellectually disabled man.

Some would argue that within Tropic Thunder, the Simple Jack character was a high-minded – perhaps “meta” – commentary on actors making terrible career decisions. You have to remember, just a few years before Tropic Thunder was made, Sean Penn was nominated for a g–damn Oscar for I Am Sam, and the “Simple Jack” character felt almost like very specific commentary about Penn’s performance. But enough about film history – why did a current Olympian decide to dress up as Simple Jack for Halloween? Ugh. Everyone’s pretty disgusted:

Shaun White is under fire from special needs parents AND the Special Olympics over his Halloween costume — Simple Jack from “Tropic Thunder.” Remember, when the movie came out back in 2008, several disabilities groups blasted Ben Stiller and the flick for the character — an intellectually disabled man who is repeatedly referred to as the r-word.

Now, 10 years later … White thought it would be a good idea to trot out the costume for a Halloween party and people are pissed. In fact, a rep for the Special Olympics tells TMZ Sports …”We are truly disappointed that Shaun White, an acclaimed Olympian, would choose this costume which is so offensive and causes so much pain. Disability is not a joke nor should it be a punchline. We hope that Shaun White and others learn that this just continues stigma, stereotypes and discrimination.”

Others have sounded off on Shaun’s IG page — where he posted the pic. “I’m not sure if it’s worse that this is an actual movie or that you’d think it’s okay to mock individuals who have disabilities. It’s 2018, man. #spreadthewordtoendtheword #rwordhurts,” one person wrote.

Another wrote, “You’re a real POS! Really? At the expense of those who can’t defend themselves?? Hope you’re working on your lame apology speech…I know this will be deleted!! Grow up you douche! #spreadthewordtoendtheword #specialolympics.”

I just feel like… we should be past this as a society. I’ll admit that I grew up in a generation that tossed around the r-word in casual conversation frequently, but hopefully we’ve all grown and stopped using that word, and we’ve stopped otherizing, denigrating and mocking the intellectually disabled at this point. It *IS* especially gross coming from one of the most famous and accomplished Olympians too. White eventually apologized, hours and hours after the photos came out. He posted this on his social media:

Eh. Incidentally, we learned earlier this year that White had been accused of sexually harassing a woman, Lena Zawaideh, in his part-time band. Lena Zawaideh had filed a lawsuit against White, and they had quietly settled the suit in May 2017. During the Olympics this year, White was asked about the woman’s claims of harassment and his immediate response was to minimize it by calling it “gossip.” The reaction was revulsion, across the board, and he had to come out a few days later and apologize. My point? Shaun White is pretty gross across the board, about many different things. 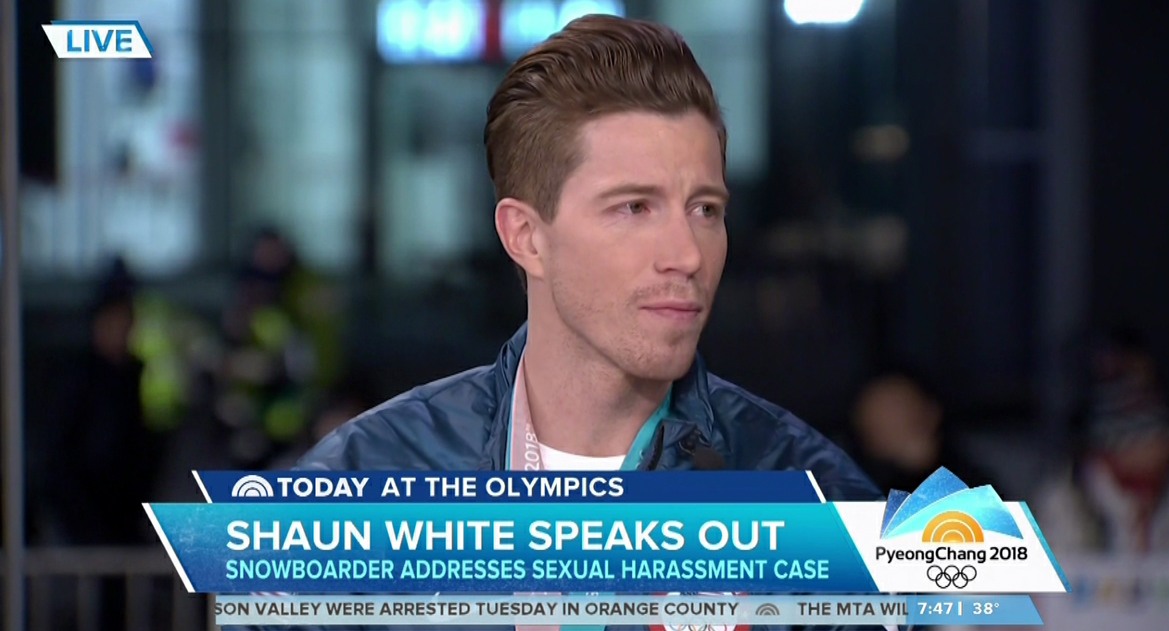 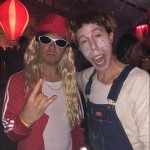