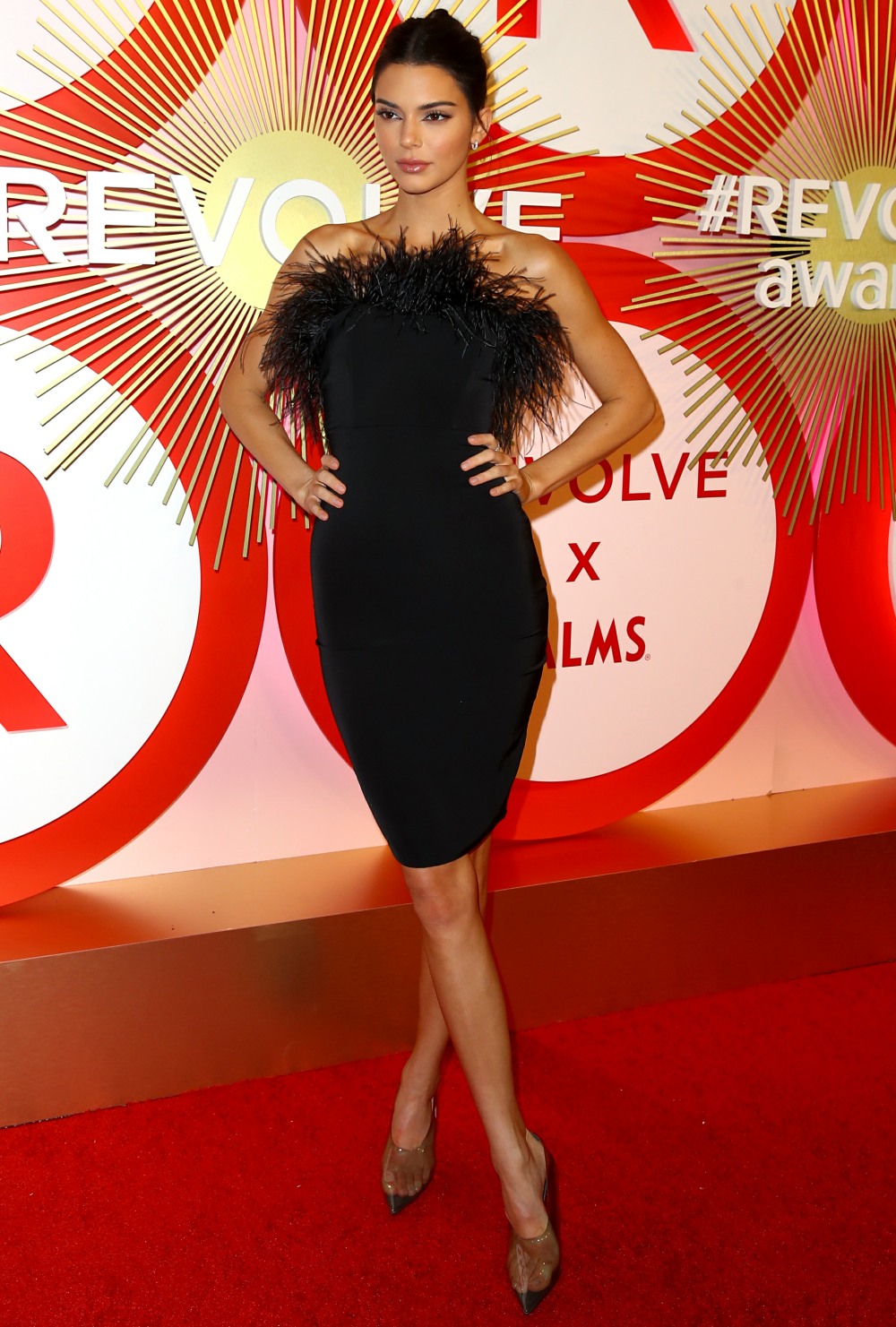 I know I sound like an old fart, but let me tell you something: we don’t need all of these fakakta “awards.” Every media outlet doesn’t need their own awards show, every critics group does not need their own awards show, and every clothing label does not need to make up their own branded “awards.” These photos are from The Revolve Awards, and yes, Revolve is a clothing company. They give out awards to people like Kendall Jenner and Olivia Culpo and Emily Ratajkowski. These awards make me feel like I’m Peak Curmudgeon.

The whole point of the fake-ass awards is to get some famous (or semi-famous) women to show up, all while wearing Revolve clothing. That’s what Kendall Jenner did – she wore an affordable Revolve Aurora dress with feathers, and she paired it with a pair of Yeezy heels. Can we just say something again about those Yeezy heels, the kind made of clear plastic, so you can see a woman’s feet? They’re gross. They look SO uncomfortable and smelly. Also: Kendall keeps tweaking her face, and she looks more and more like her mother. I bet Kris Jenner LOVES that. 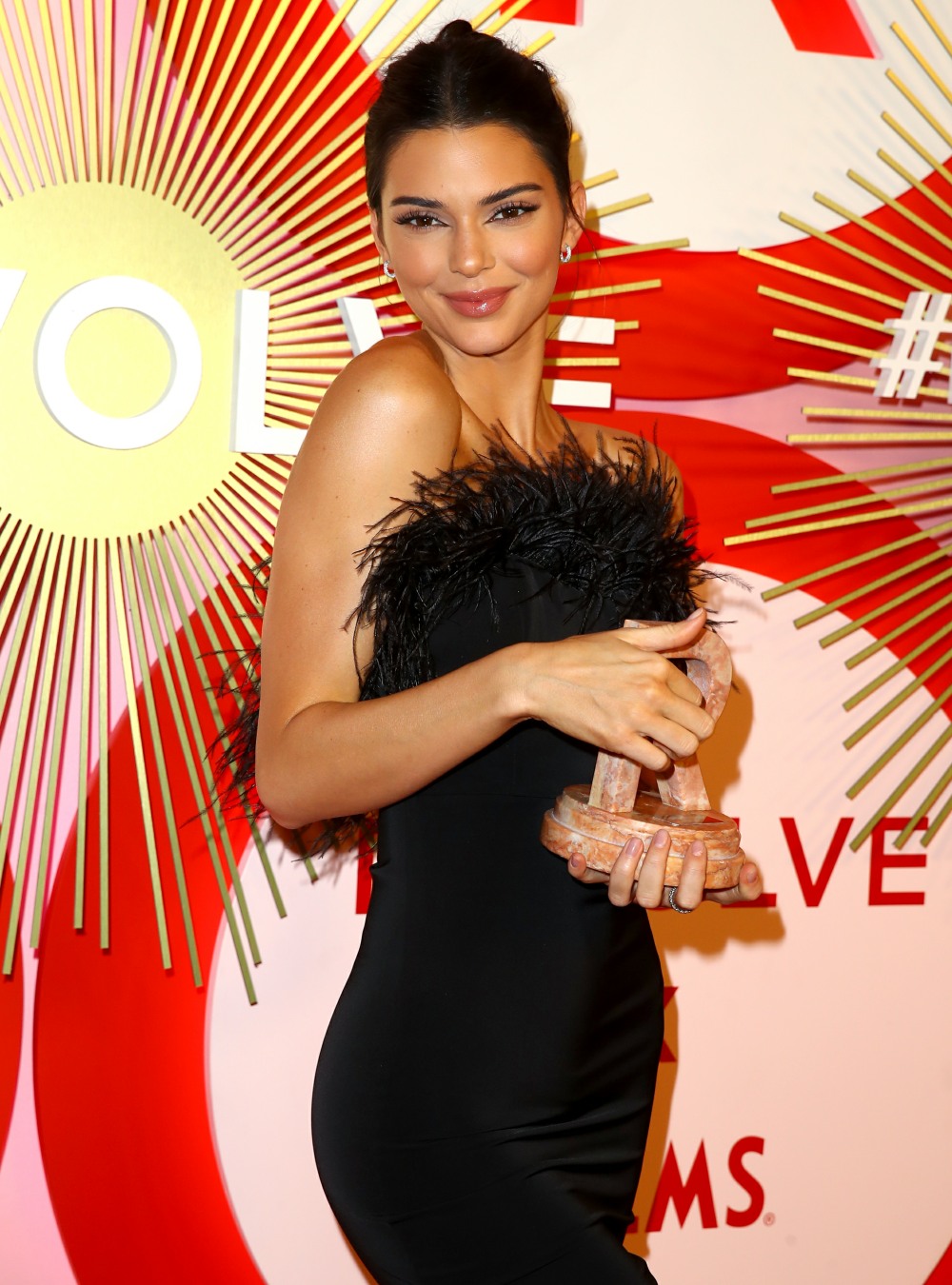 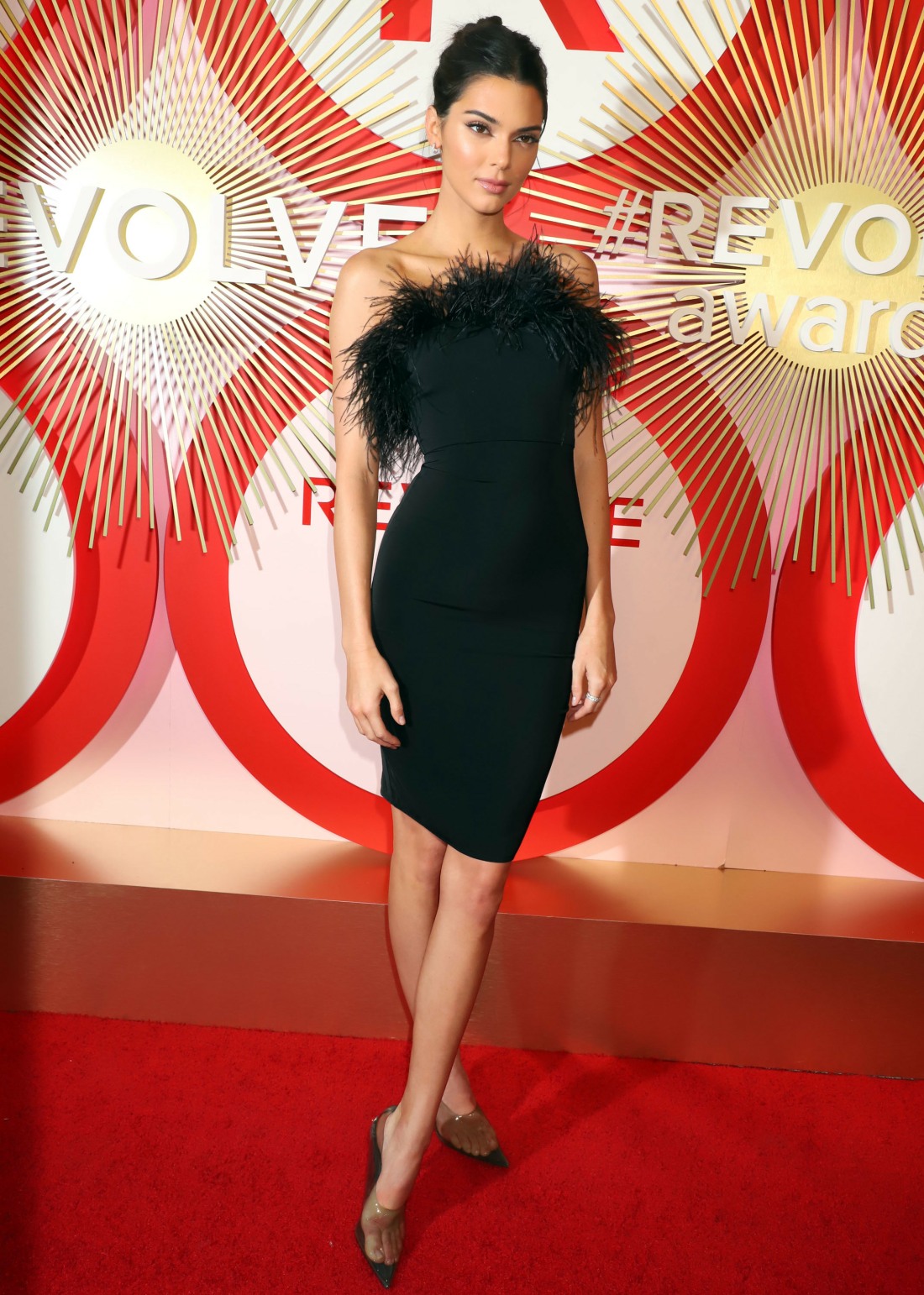 I also tend to think Kendall is morphing into Emily Ratajkowski, so it was weird to see them at the same event. I assume Emily wore Revolve too, since that was the whole point of this awards ceremony. 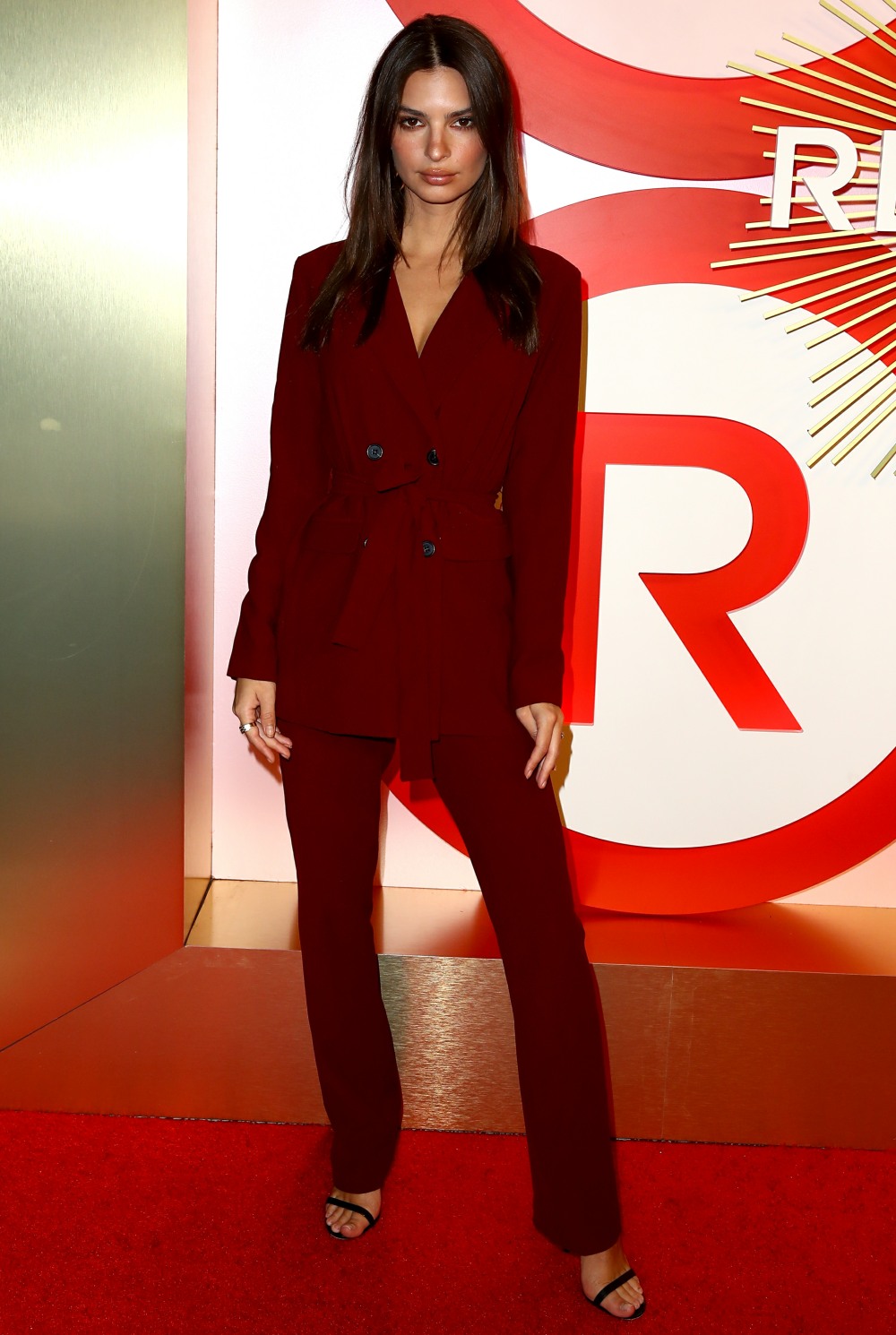 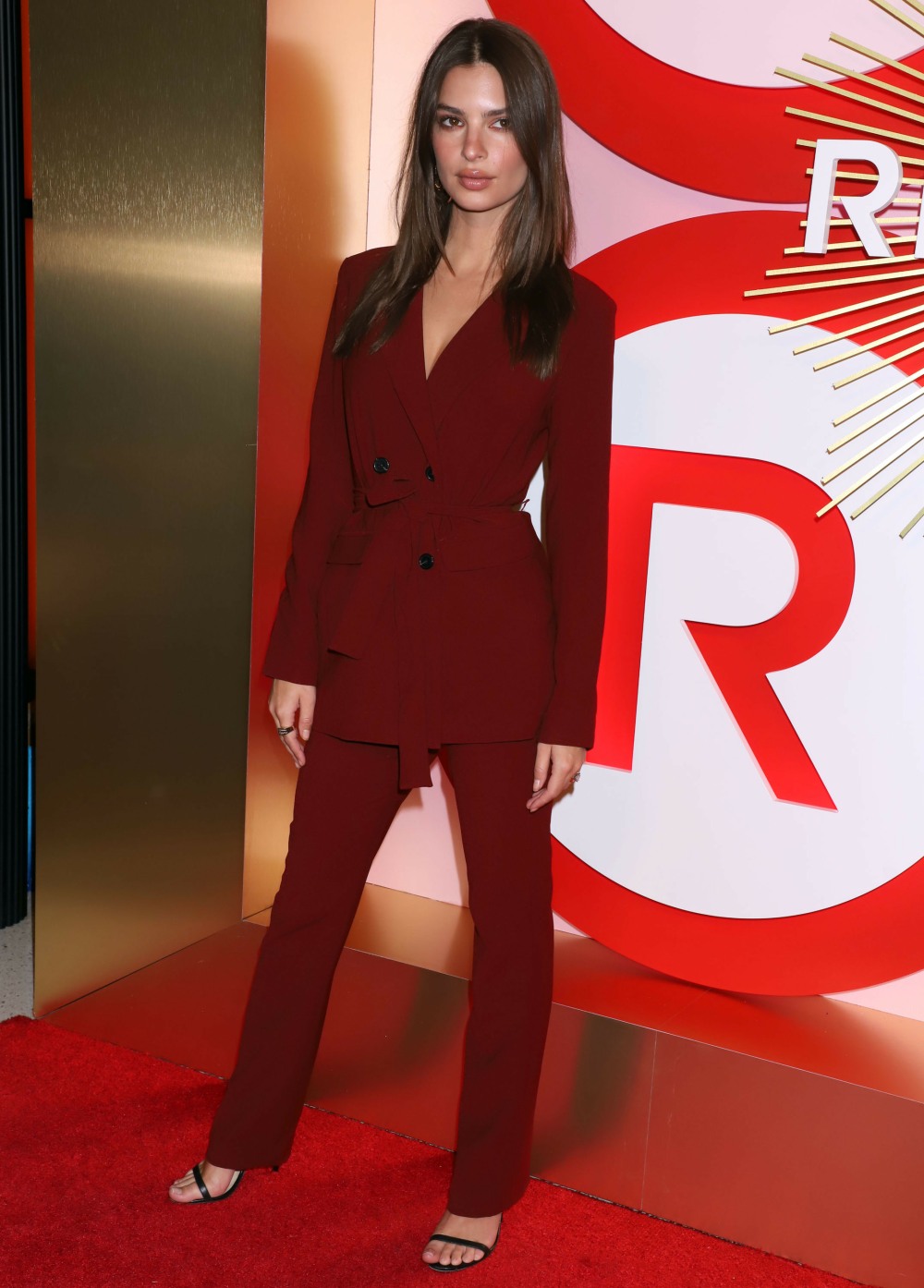