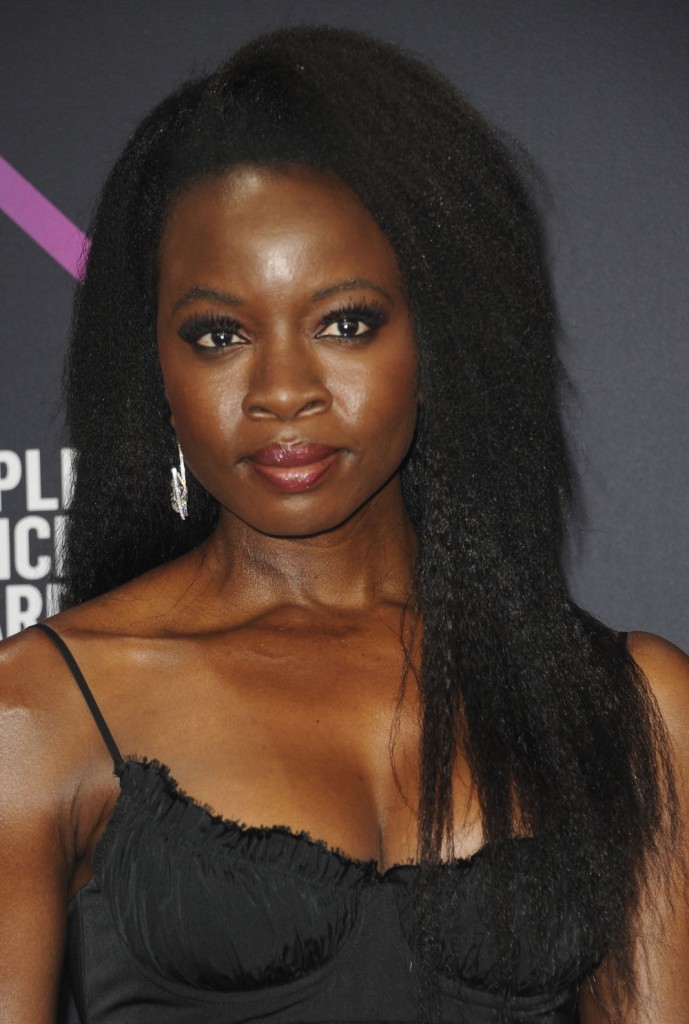 Last night the People’s Choice Awards aired on E! Honestly I went to bed at 8pm after spending my Sunday marathoning The Great British Baking Show season five. (No spoilers I have two episodes to go!) It was that kind of weekend. I’m not going to fake like I watched this show, there are too many awards show and this seems designed for the celebrity who will show up. Still it’s nice to see that Danai Gurira won for Action Movie Star, for Black Panther of course. She was the only woman in that category so I love this. She beat out Chris Hemsworth, Ryan Reynolds, Chadwick Boseman and Chris Pratt. Give Okoye all the awards. 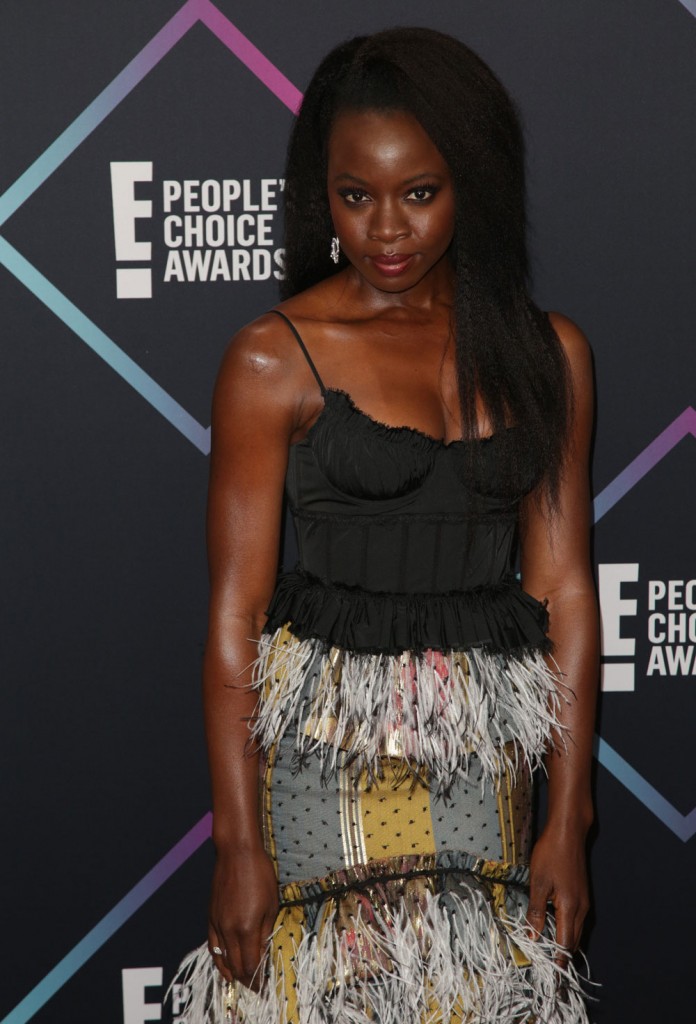 Danai mixed up her fashion in a bizarre Brock Collection gown featuring a black bustier with a peplum, feathers, stripes and even little polka dots. It’s like a lot of bunch of different elements that don’t go together and this almost works but not quite. I do like her her styling though. Here’s a link to her acceptance speech. The dress does look better in motion because it fits her like a glove. 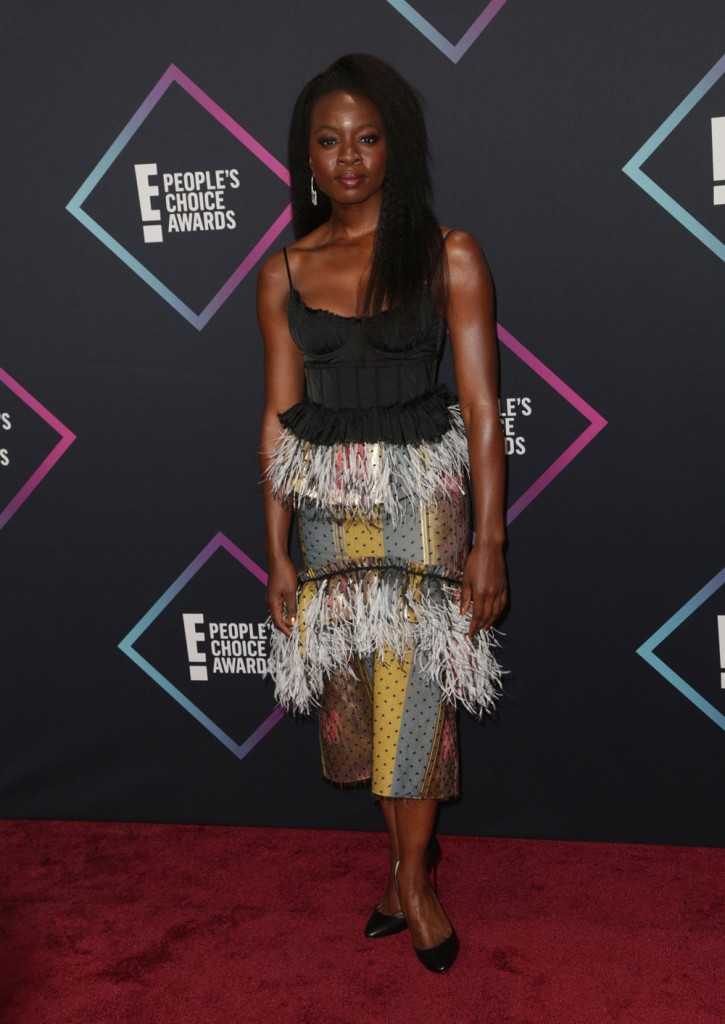 Busy Philipps was in all black Christian Siriano, in a voluminous skirt and black turtleneck combo. She has on floral print Doc Marten boots under there! The thing that makes this work is the beautiful necklace. I covet that necklace. Plus I really like her hair like that. 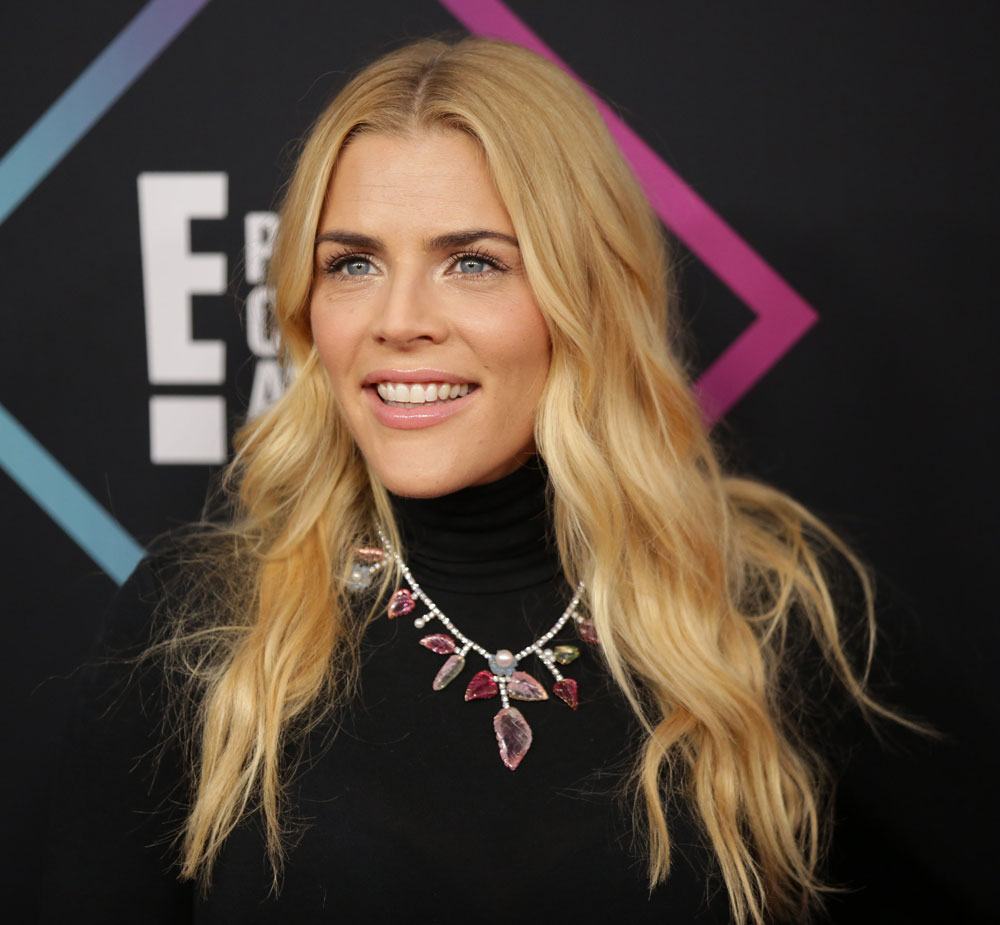 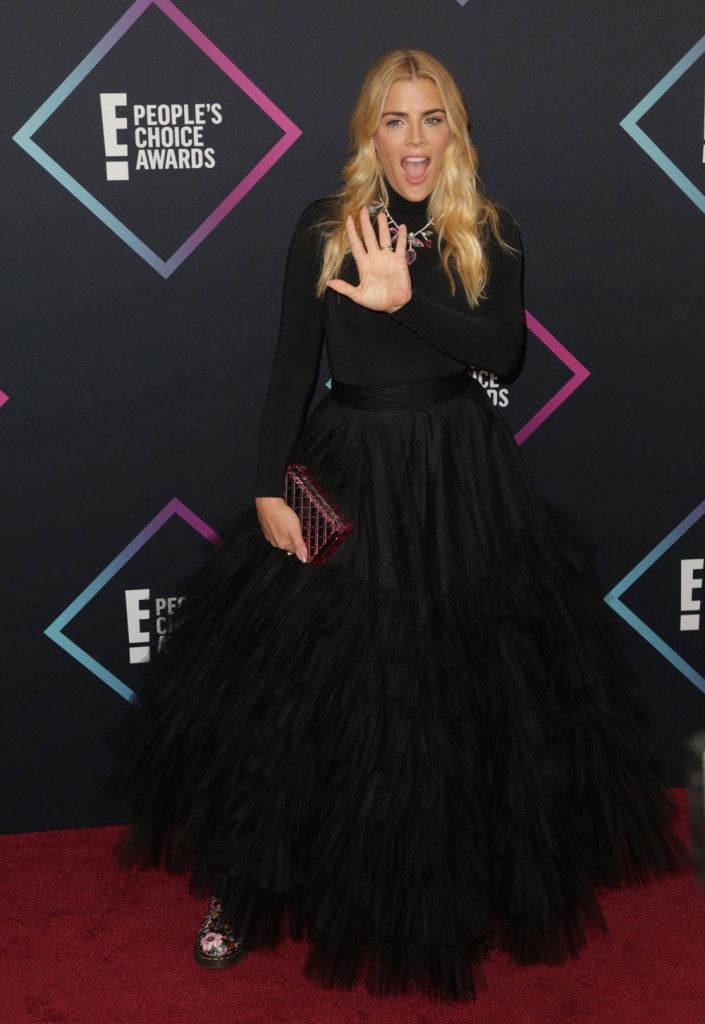 Kat Graham was in a green Chalayan dress with a a high thigh slice, deep v-neck and one long sleeve with a built in scarf coming off the other shoulder. I like this actually. It’s like a typical gown with a little twist and it doesn’t try to be too many things at once. I don’t even mind her helmet hair. 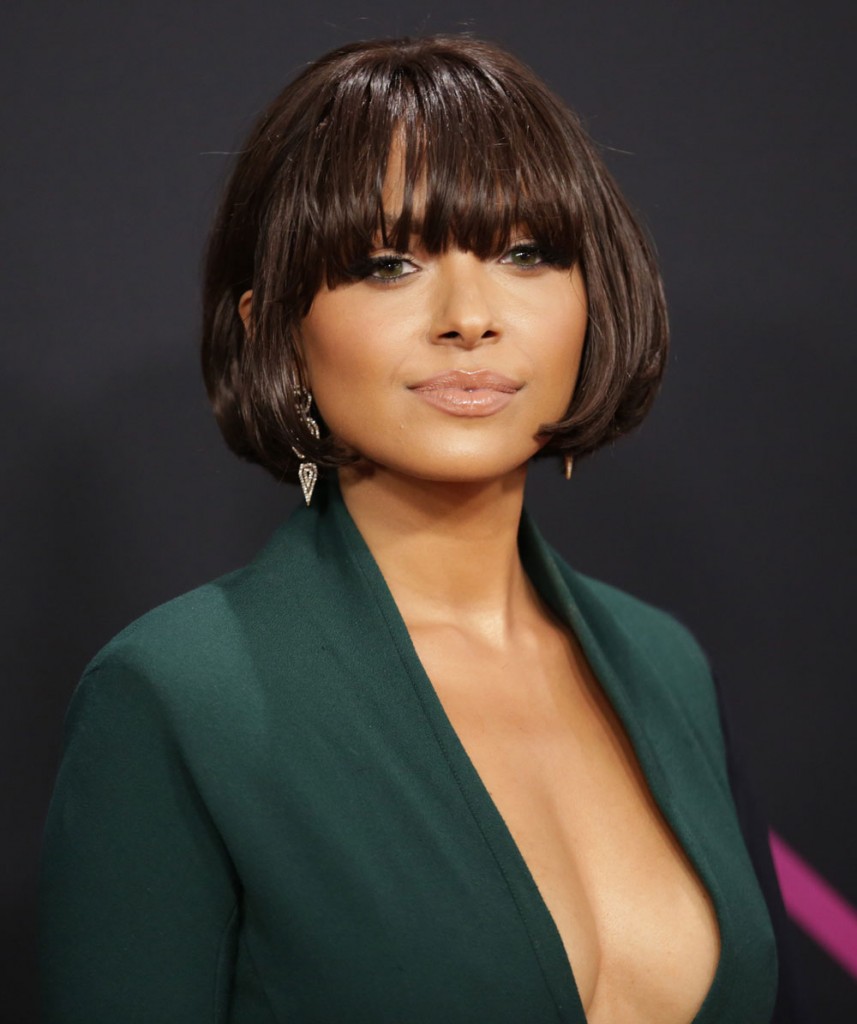 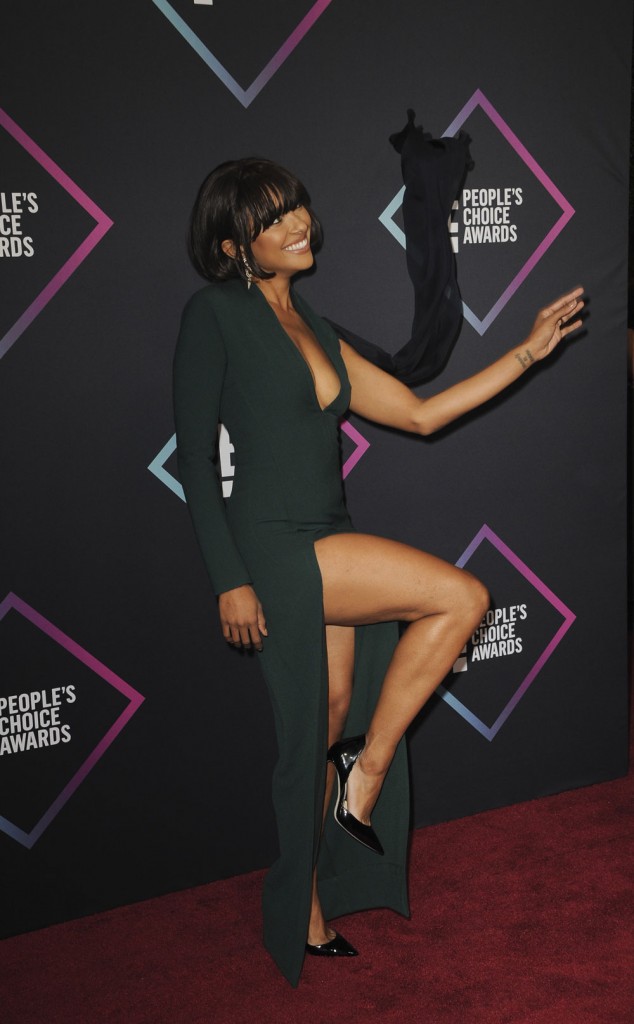 Shay Mitchell was in a cranberry Toni Maticevski gown featuring gathered layers, black piping and half of the bust peeking out. I see what they were going for but it needs to be sleeker or more tailored. Also I wish the too long hair trend would die. 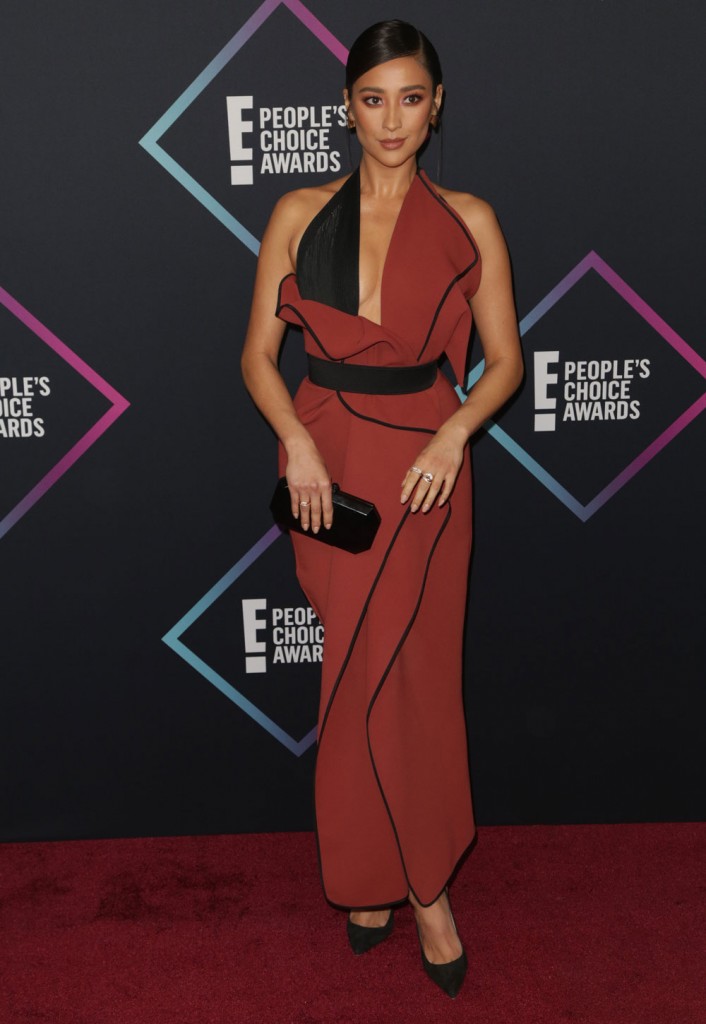 I like full coverage dresses for the crisper weather. Betty Gilpin was in Esteban Cortazar. In theory this is decent but she didn’t do much with her hair or makeup and this could use some earrings. She often keeps it simple on the red carpet though. 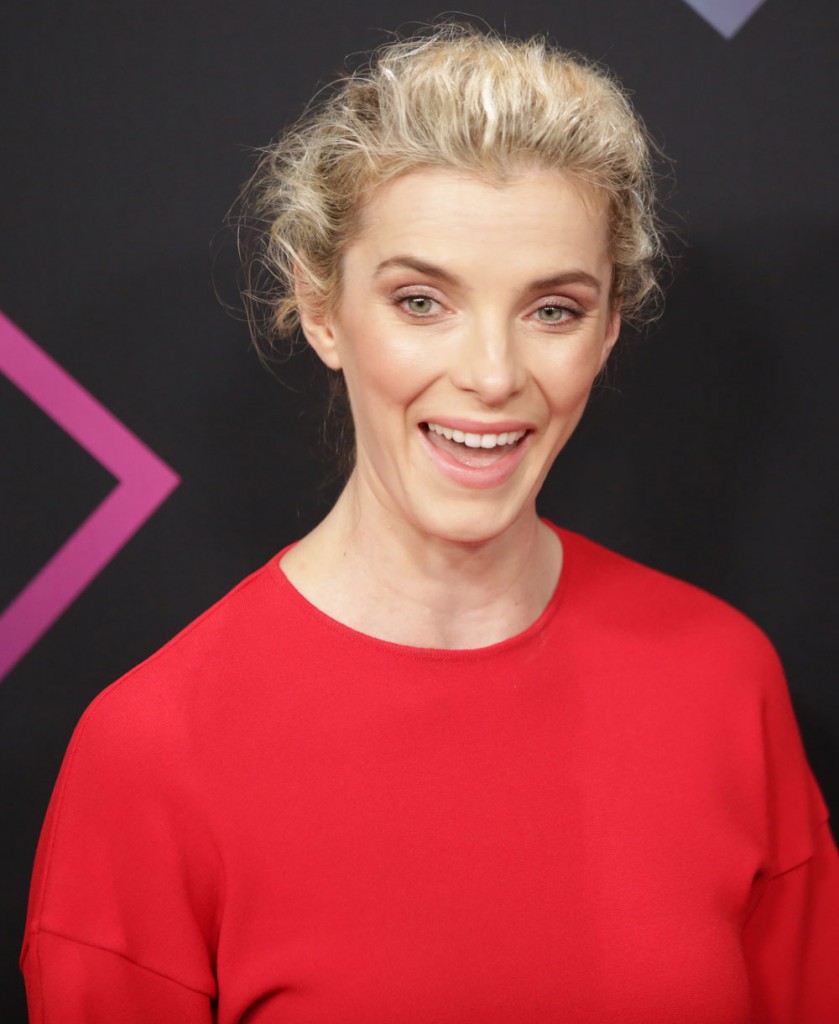 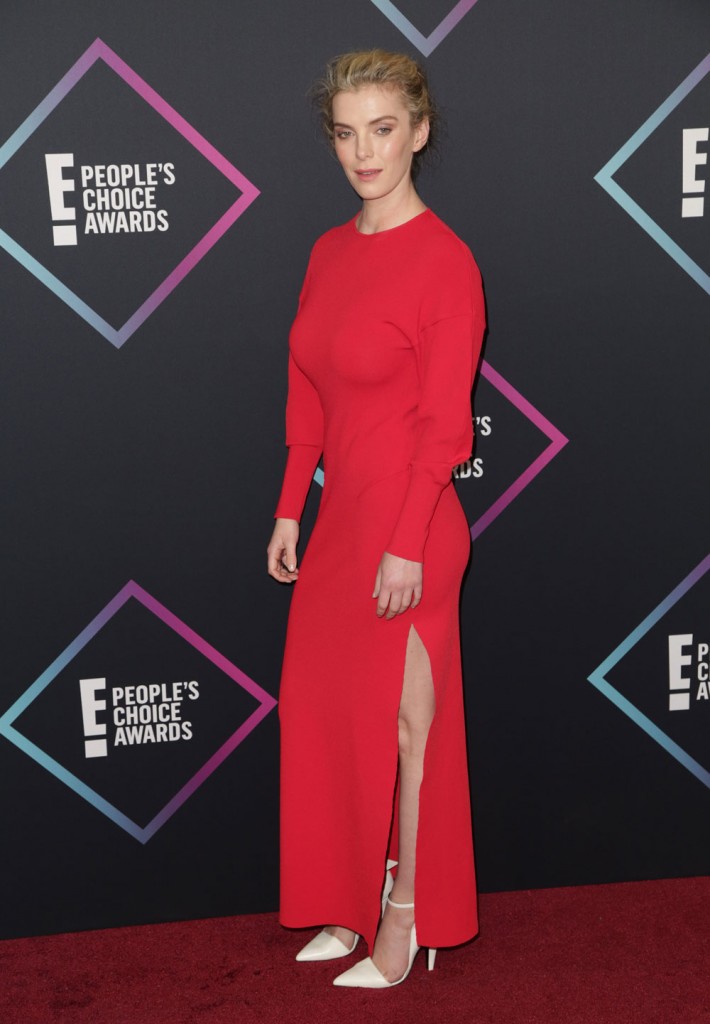