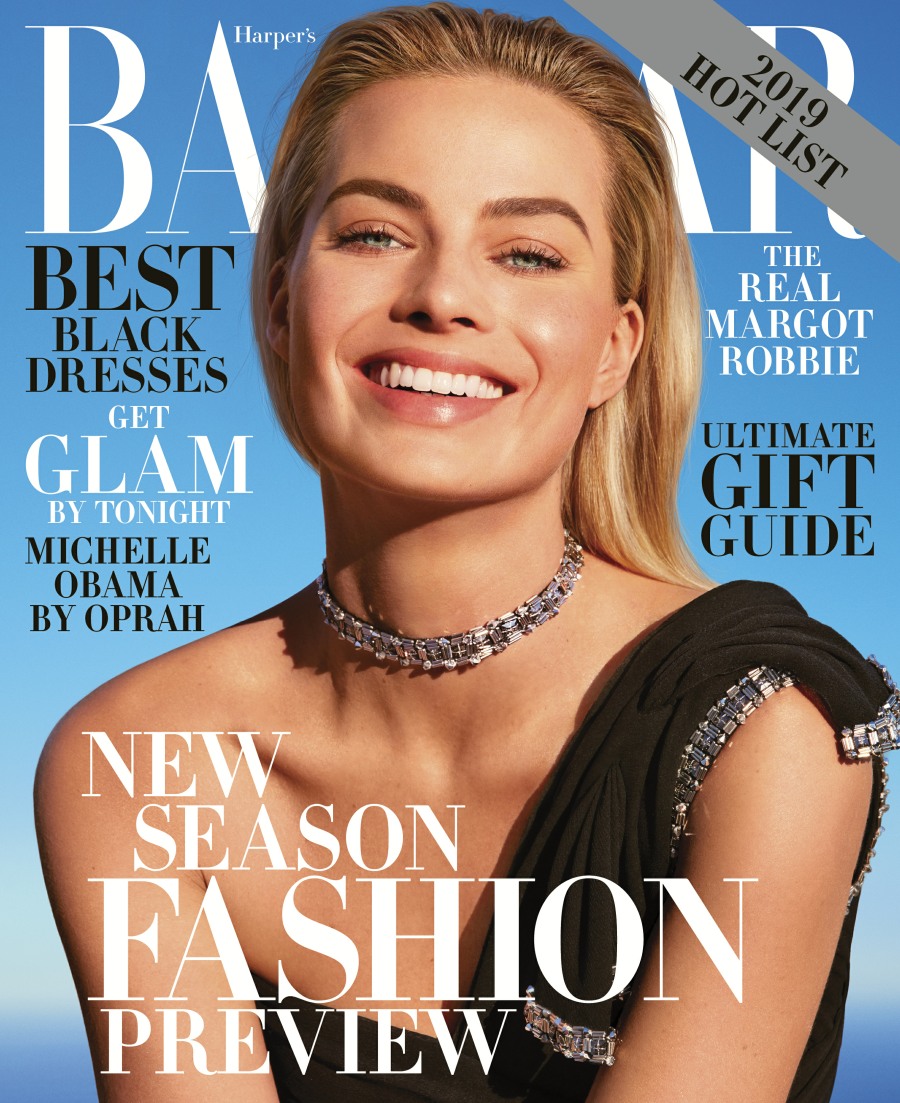 Margot Robbie covers the December issue of Harper’s Bazaar to promote her role in Mary Queen of Scots. Margot plays Queen Elizabeth I, and Saoirse Ronan plays Mary. Many of you have already complained about many of the fictions/lies being peddled in this historical drama. I’ll admit, I don’t know much about this particular history, the Elizabethan Era and what really happened between the two women. But can we sort of agree – maybe? – that Margot “uglied it up” appropriately to play QEI? She apparently spent three hours in hair and makeup to look time-ravaged and old, which makes me wonder… why didn’t they just hire someone older and less of a bombshell? I don’t know. I don’t mean to criticize Margot specifically – I actually like Margot a lot – but there are so many examples of stupid casting choices lately, right? Anyway, you can read the Bazaar cover story here. Some highlights:

No one would talk to her when she was in QEI drag: “They wouldn’t even get close to me. It was very alienating. And I felt very lonely. It was an interesting social experiment.” Her transformation into Queen Elizabeth I, who was scarred by smallpox as a young woman, took three and a half hours of intensive hair and makeup every day. “They’d start with a head wrap. Gelling and pinning my hair down. Then we’d do a bald cap.” There were different wigs for different stages of the story and her illness, one that was very thinning, and prosthetic scarring applied to her face. “Surprisingly, the quick part was the white makeup. And the heavily drawn-on blush, eyebrows, lips.”

What Mary & QEI were going through: “I feel like Mary and Elizabeth could have just sat down and worked it out over coffee. But all those men kept getting in their way.”

On her metamorphosis into Queen Elizabeth I: “Normally there’s someone who steps in and says, ‘No, keep all the girls looking pretty!’ But Josie Rourke, the director, was keen to explore how Queen Elizabeth’s looks affected her relationships, and everyone had the guts to do it.”

On the inspiration to form her own production company, LuckyChap Entertainment, in 2014: “When we set out to create our company, it was sort of a new idea, but then in response to the #MeToo conversation it was all that anyone was talking about. People were like, ‘Why don’t we make movies for women?’ Uh, what a revelation, right?”

On refusing to be typecast by her beauty early on: “When I was trying to make my name as an actress, creative roles for women were limited. I didn’t want to pick up another script where I was the wife or the girlfriend—just a catalyst for the male story line. It was uninspiring.”

Much of the interview did focus on Margot’s transformation to beautiful bombshell to decrepit old hag, which… will get exhausting after about two interviews. There should be a minor movement in celebrity journalism/Hollywood, to call out this ugly-stunt-queen nonsense. Attractive young actors shouldn’t get a f–king cookie for “uglying up” for awards or to prove their range. It’s not just a woman thing either – this kind of dumb stunt-makeup work is done by men all the time. Actors like Gary Oldman shouldn’t wear a mountain of prosthetics just to play a caricature of Winston Churchill and win a f–king Oscar for it (I’m still salty af about that). So, while I like Margot a lot and I’m sure she’s good/okay in this film, I’ve got to wonder why they didn’t just hire an older, average-looking actress, you know? Why did it take “guts” to cast an in-demand young actress like Margot, but it wouldn’t have taken “guts” to cast Melissa Leo and just take the time (less time, I’m assuming, sorry!) to make her look decrepit? 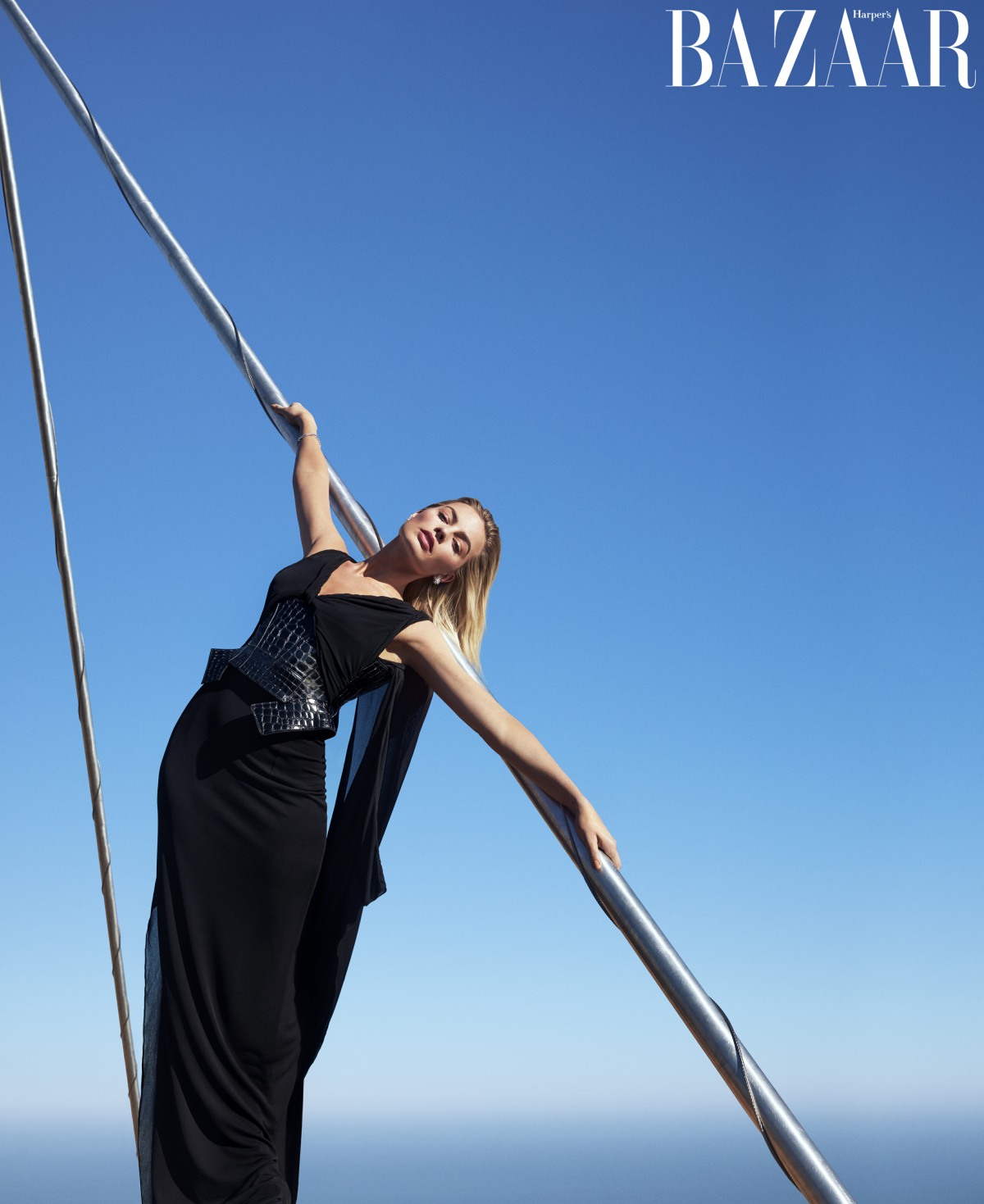