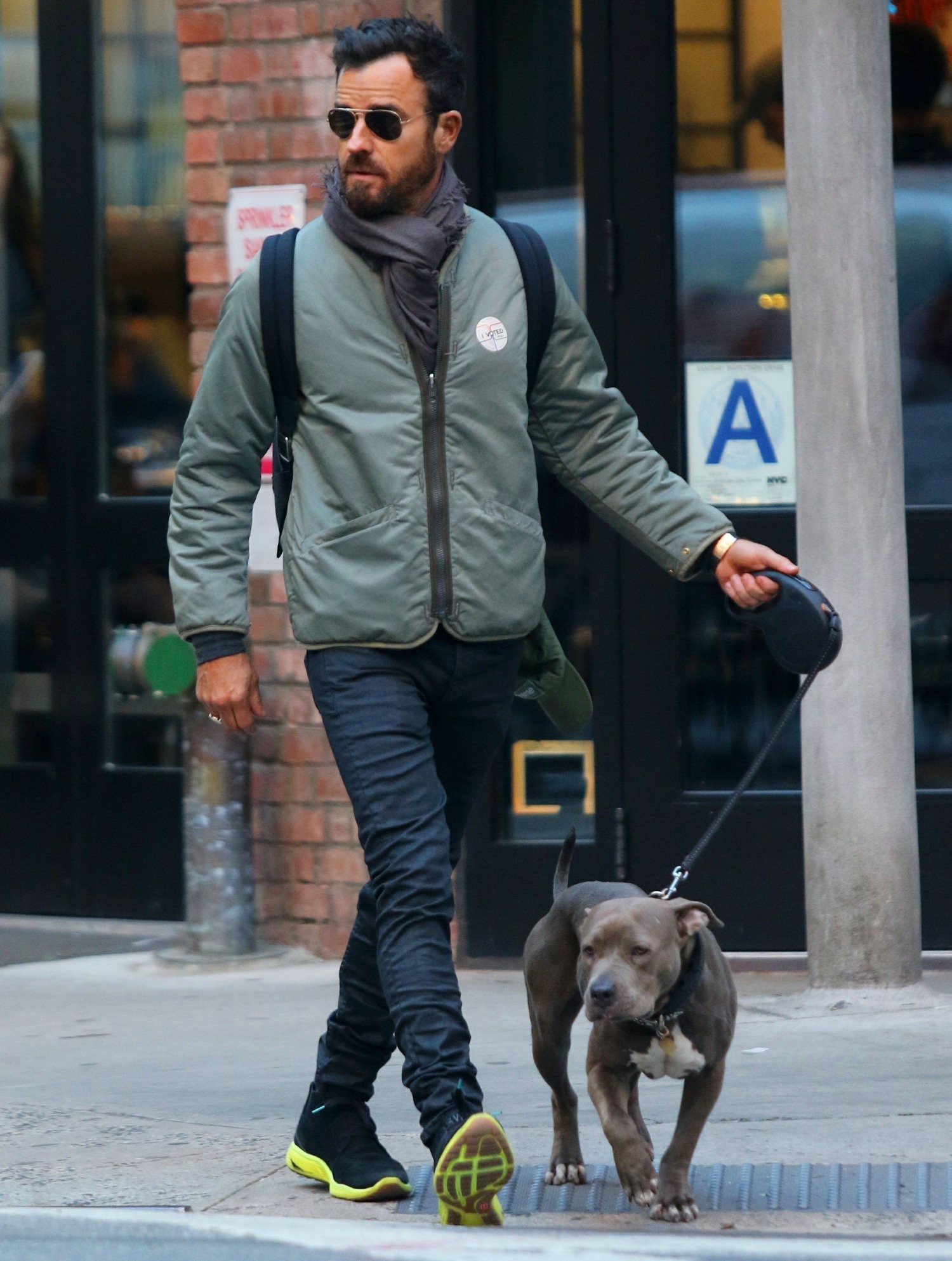 As we all know, Justin Theroux is super-edgy and only extremely edgy people can live in New York. Justin moved back to New York full-time while he was fake-married to Jennifer Aniston, and he’s been in NYC ever since, minus a few working vacations to France. Since Justin and Jennifer were fake-married, I guess they aren’t going to work on kind of fake-divorce or fake-custody agreement for their dogs. Jennifer has kept all of the dogs except for the pit bull Kuma.

Justin adopted Kuma in June of this year – Kuma survived Hurricane Harvey, and she ended up in a Texas shelter, which is where Justin found her and adopted her. She’s his Texas girl, and honestly… I’ll shade the f–k out of him for being an edgy poseur and all of that, but he seems to flat-out adore his girl Kuma. Kuma is an edgy New Yorker now, but in paparazzi photos from the past five months, you can tell that Kuma sort of misses Texas. She doesn’t like pooping on the streets of New York, maybe. And she possibly doesn’t like the climate either.

Last week, New York unexpectedly got hit with a major Nor’easter and half a foot of snow. The city was paralyzed, trains stopped working and every road seemed to be jammed because everyone thought that NYC would get an inch or two of snow at most. There’s still snow on the ground, but edgy New York dogs still have to poop in the grimy New York snow. Kuma wasn’t happy. So Justin got her a puffy coat and some dog booties. He posted photos on his Instagram Stories (you can see all of the photos here at Us Weekly): 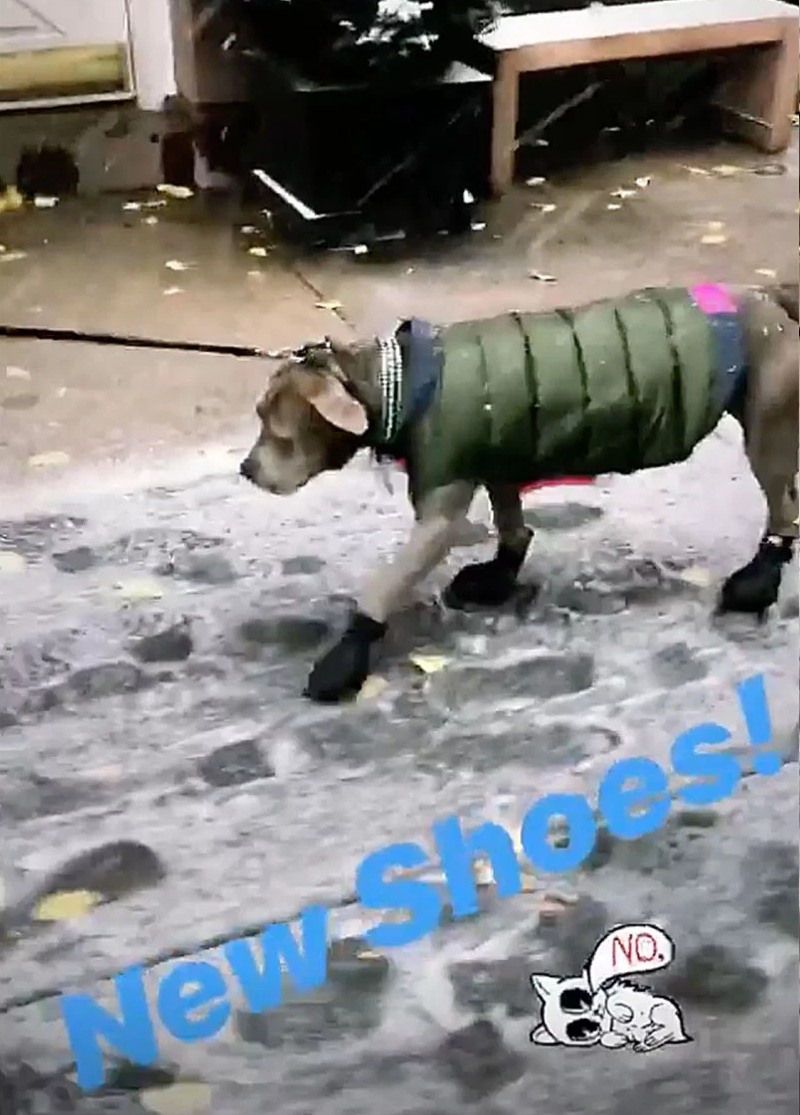 I looked through all of the photos and I feel sorry for Kuma a little bit. Justin seems to acknowledge that Kuma is a Texan at heart, and she doesn’t have time for the snowy New York weather. I’ve had big dogs throughout my life, and I’ve honestly never gotten them a jacket or dog booties. When I had a Newfie mix, I just made him go out in the snow with no booties. He didn’t like it, but it’s what he had to do if he needed to poop. So I guess my question is: what do you think pissed off Kuma Theroux more, the dog booties or pooping in the snow? 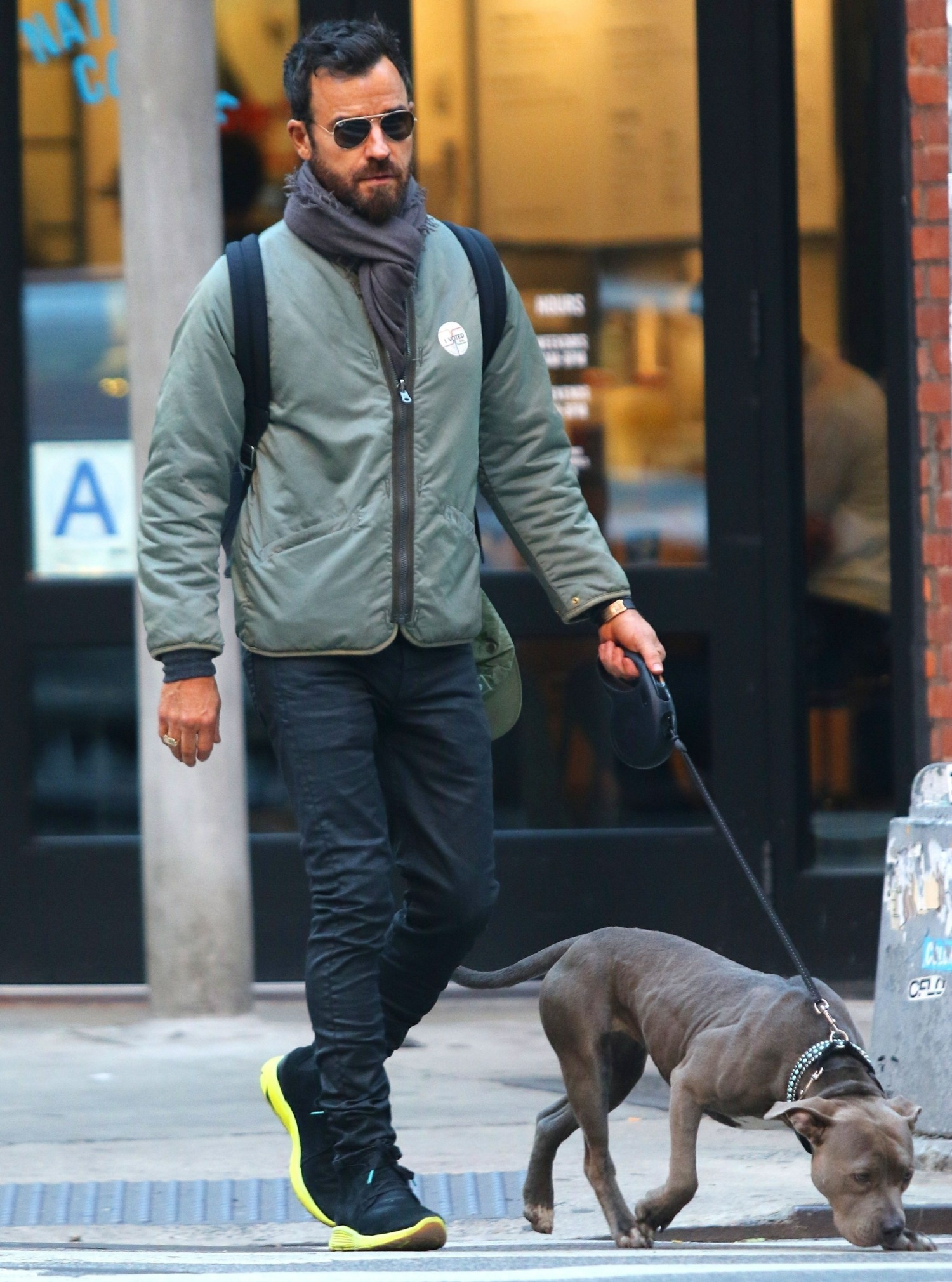