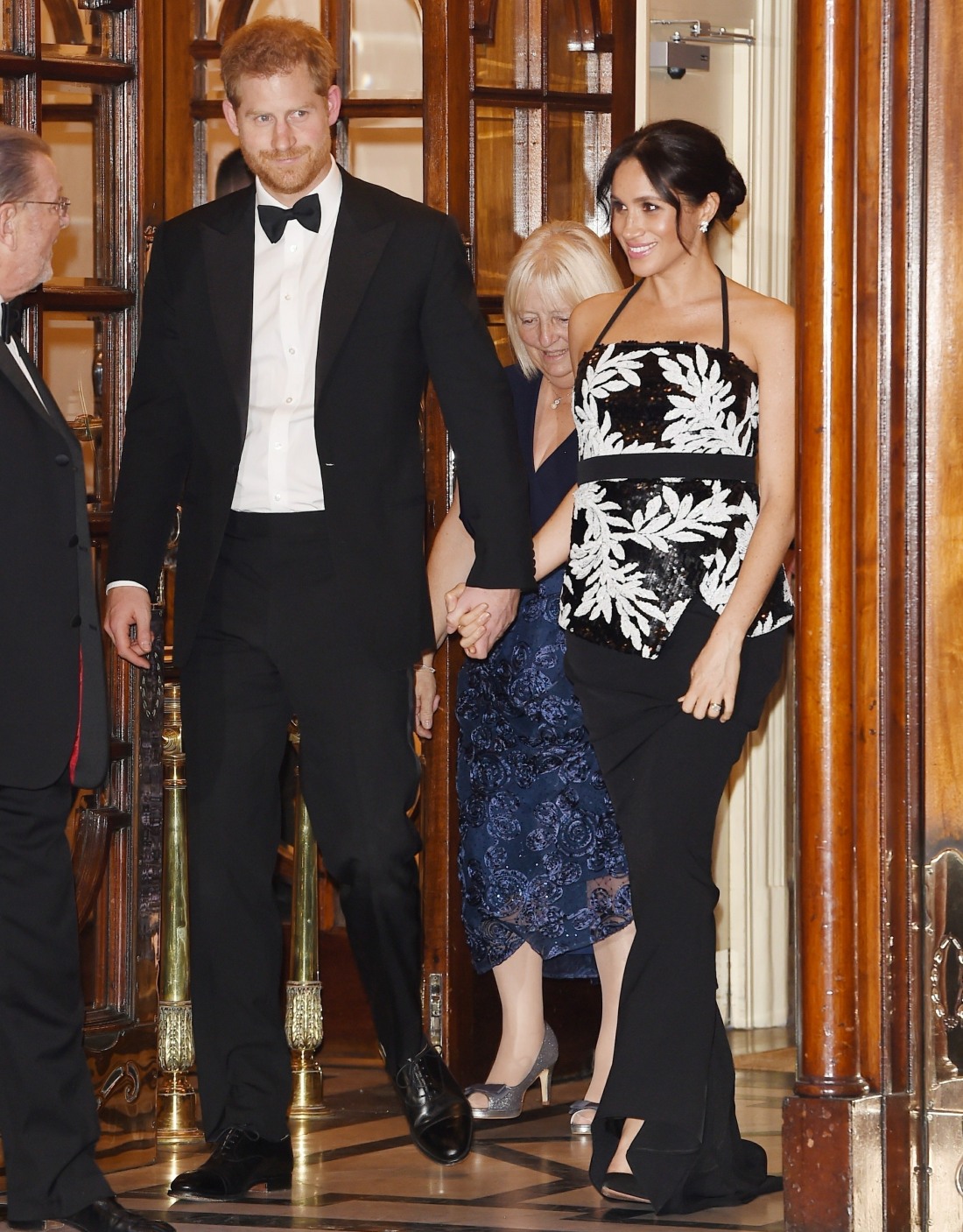 To me, it seems like the Royal Variety Performance must be one of the coolest events of the year for the royals. You would expect various duchesses and princes and princesses to be fighting over who gets to be the “royal guest” at the Royal Variety. But I don’t think that’s the way royal peeps think of it. For years, there’s been a back-and-forth – sometimes William and Kate attend, sometimes Prince Charles and Camilla, and the Queen has attended it at various points over the years. 2018 was Prince Harry and Duchess Meghan’s first year as “the royal guests” at the Royal Variety. The charity event raises money for UK-based entertainers who are down on their luck, or just old/retired/sick.

For arguably one of the most glamorous and celebrity-intensive nights on the royal calendar, Meghan chose to sparkle. She chose a simple long skirt with a train in black, and a sparkly, sequined top. Both pieces are by Safiyaa, and while we can see Meghan’s little bump, it really doesn’t look like she’s gotten very big at all so far. I like the black-and-white, I love the sparkles, and I’m glad she chose to go for a more glam look. For many of these royal women, it’s almost as if they’re too contrarian to even embrace “glamour” briefly for a celebrity-filled night. 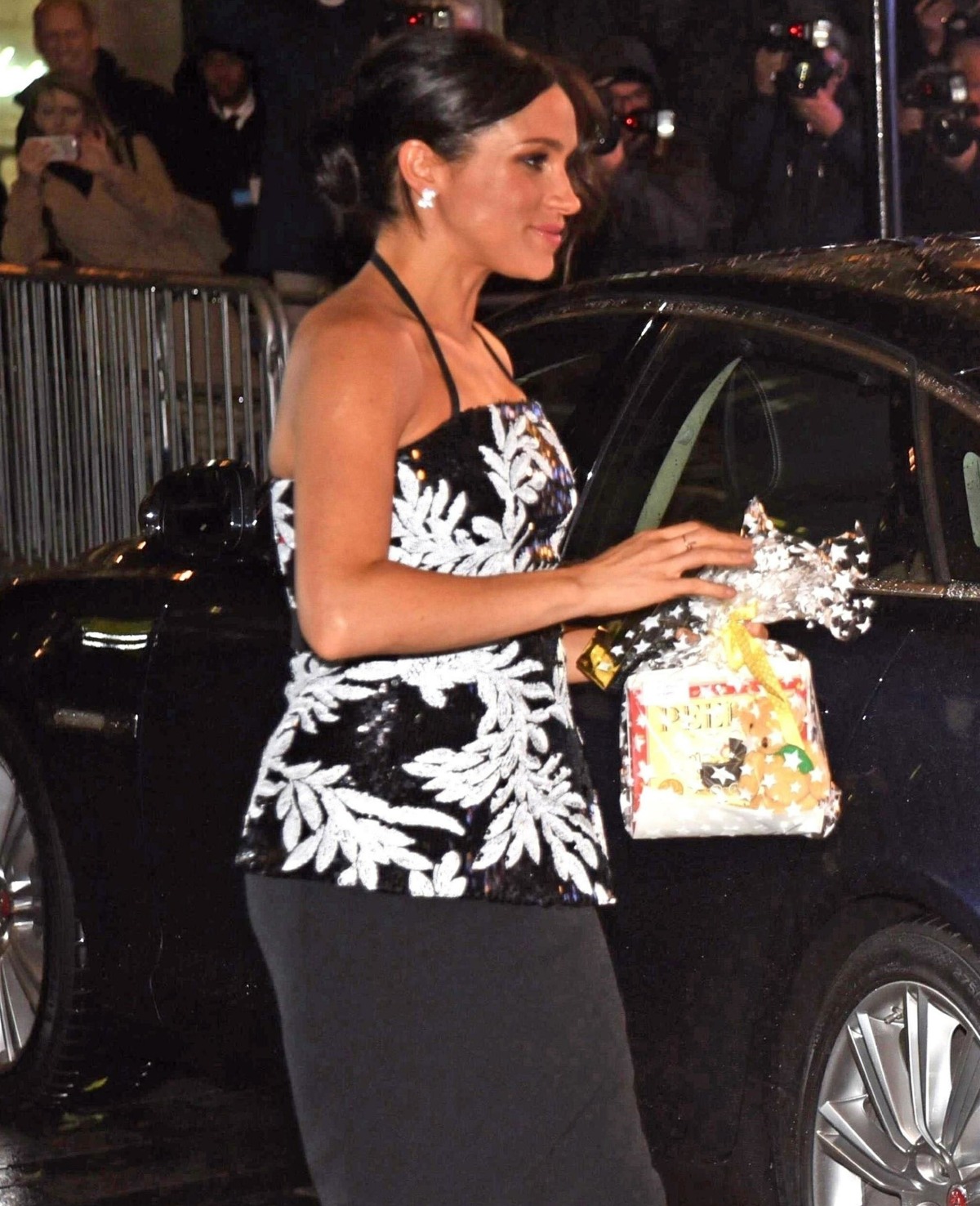 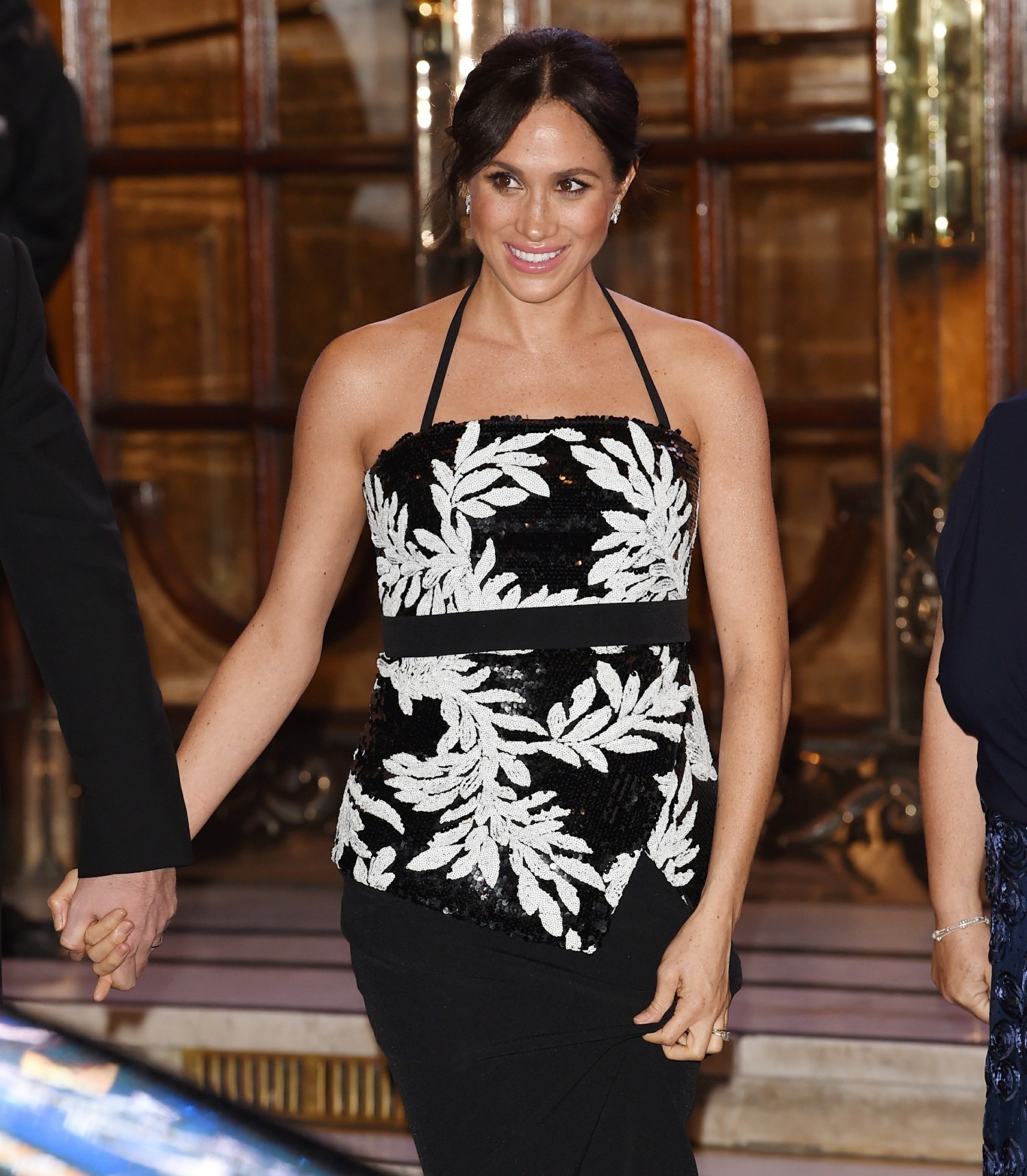