A few days ago, Sarah Michelle Gellar posted these photos on her Instagram. The photos are from a Maxim cover shoot she did for the December 2007 issue. Eleven years ago, she was wandering around a photo set in a garter belt and white blouse, as one does. I don’t do this, honestly – I don’t even remember the last time I looked through photos from more than a decade ago. I know if I did, I would think “damn, I can’t believe I was so self-conscious back then, I was so thin/pretty.” It’s just the way all of this works.

The problem was not that SMG decided to retrospectively humble-brag about how hot she was (and still is). The problem was that she attached a message of “I’m just going to pin these up all over my house as a reminder not to overeat on Thursday.” Do you see why people took issue? Yes, people accused of her of promoting “diet culture” and “thinspiration” with this Instagram. Other people were just like “really, you are worried about ‘overeating’ on Thanksgiving?!?” So SMG responded within the same IG post, writing:

“It’s come to my attention that some people think I was ‘fat shaming’ with this post. That could not be further from my intentions. I love Thanksgiving and unfortunately my eyes are often bigger than my stomach, and I tend to eat so much I make myself sick. This was a joking reminder to myself not to do that. I’m terribly sorry that people were offended by my attempt at humor. Any one that knows me, knows I would never intentionally ‘shame’ any one on any basis. I am a champion of all people.”

[From SMG’s IG via Us Weekly]

Eh. Personally, I think people were overreacting to her initial IG, but her explanation doesn’t make much sense. Who uses photos of themselves in lingerie from 11 years ago to send a message of “don’t overeat to the point of making yourself sick”? No, the message was “don’t overindulge on one holiday because then you won’t be skinny.” It must suck to be so tunnel-visioned on your appearance and your diet that days ahead of Thanksgiving, you’re already thinking about how you don’t want to gain weight. 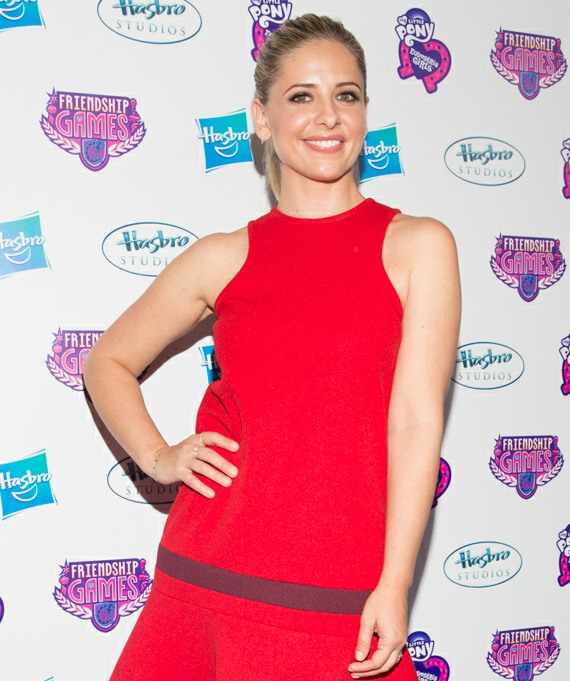 128 Responses to “Was Sarah Michelle Gellar ‘fat shaming’ people who overindulge on Thanksgiving?”