DM: Duchess Meghan ‘is quite opinionated & Harry has got very dictatorial of late’ 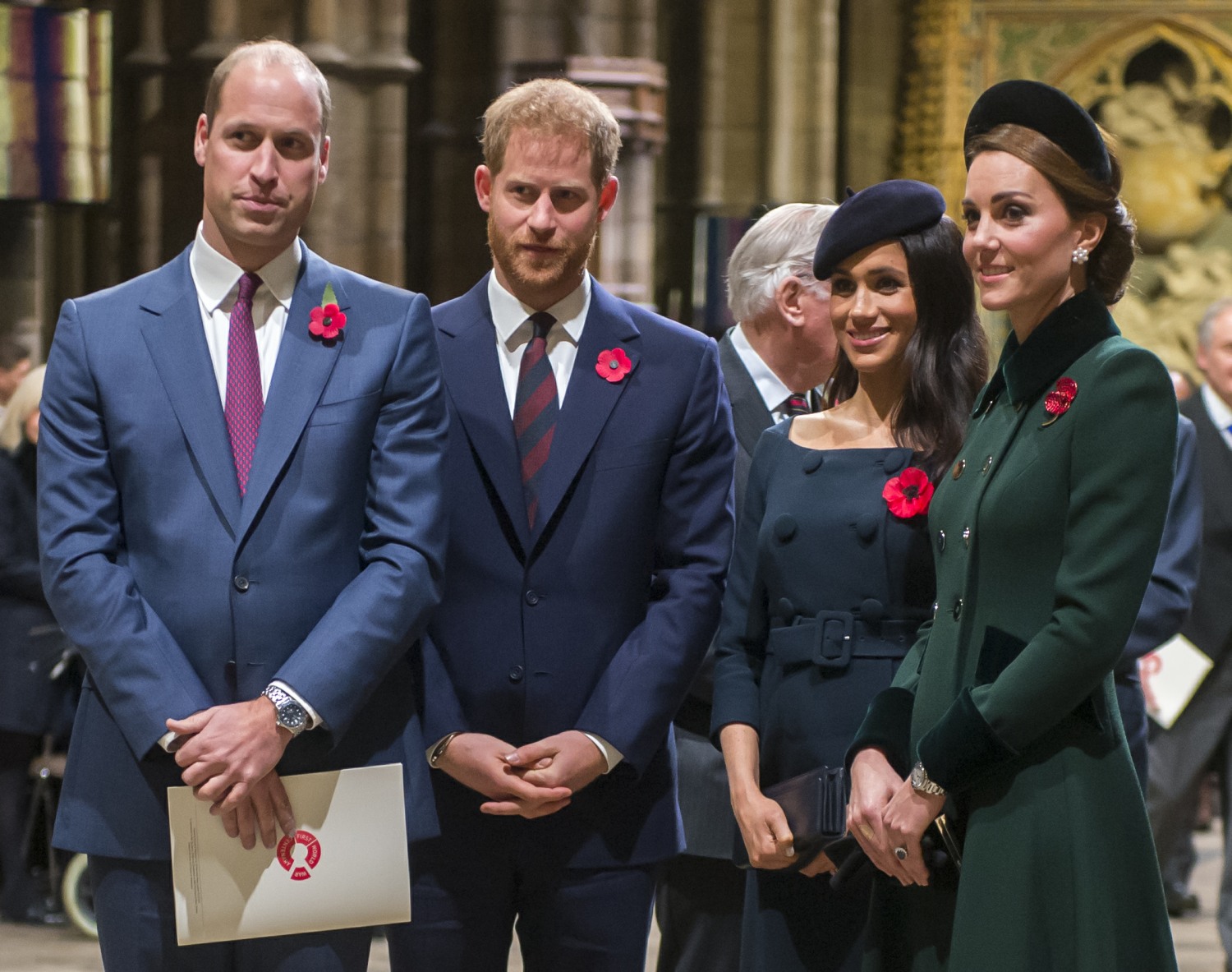 In case you didn’t notice, the British press went a bit crazy over the weekend. All it took was the confirmation that the Duke and Duchess of Sussex were going to make Frogmore Cottage their permanent home, meaning they would be living outside of central London, and they will have to commute from Windsor to do basically anything. Every British media outlet has run “what does it all mean??!?” stories, and the royal reporters have come to several conclusions. One, Meghan and Kate don’t get along. Two, Meghan is a “diva.” Three, Harry has had enough of William’s bullsh-t. Four, Harry’s marriage to Meghan has fundamentally shifted the royal family for years, possibly decades to come. So here’s some of the latest from the Daily Mail – much of this DM piece was just a rehash of the stories I’ve covered separately, but there are some new pieces of info here. Some highlights:

Meghan has “shaken things up.” Meghan’s arrival shook things up, “both in terms of what one source described to me as her ‘opinionated personality’ and Harry’s determination that his new bride should get her own way (‘what Meghan wants, Meghan gets’, Harry has said). And there is no doubt that the new Duchess of Sussex hasn’t forged a particularly close relationship with her brother-in-law’s wife. She and Kate are simply very different people, although sources insist there has been no dramatic falling out.

Harry doesn’t want his kids to grow up at Kensington Palace: One source has told me that until very recently there were ‘multiple’ options on the table for the couple, including moving into somewhere bigger at Kensington Palace. It was only decided after they returned from their recent tour to Australia and the South Pacific that Frogmore was the preferred option and plans were quickly lodged with the council to bring it up to scratch. One reason given to me is the cost of the work that would be needed to bring Apartment 1 up to scratch.

Frogmore Cottage is more secure & there’s more space: ‘The Cambridges have their garden in the back [of KP], which is nice, but there is no real other space for children to play in,’ says one who knows the set-up well. ‘Frogmore, which is inside the Windsor security zone [where the main house is only open to the public for a couple of days a year] is secluded, peaceful, tranquil and, most importantly, private. No one will see them coming or going.’

William & Harry have just grown apart: ‘The idea of the two of them as ‘the boys’, the brothers doing everything together and living in each other’s pockets, has been pushed with good intentions, but hasn’t really existed for some time,’ the source said. ‘The truth is that they have both just grown up. They are rare in that they live together and work together, but there has been a stepping back. They are still incredibly close, closer than most siblings, but now Harry has married and is about to become a father, so it’s a good time for him to be planning his own future. There is no acrimony.’

But truly, Meghan & Kate don’t get along: Still, others admit that new duchess, has been ‘an acquired taste’ and one that, perhaps, isn’t to the Duchess of Cambridge’s liking. Indeed, a second, very well-placed source, remarked tellingly that ‘the royal lifestyle and constraints are taking a time for Meghan to get used to’. They revealed: ‘She’s woman who has lived life into her 30s in her way, she’s been a relatively successful actress, has her own humanitarian interests and her own circle of friends. She is very self-sufficient. Understanding the Palace way, the deference, the politics and the fact that there’s a pecking order, is taking a while for Meghan to get her head around. She is quite opinionated and Harry has got very dictatorial of late, which hasn’t made things easy at times. But while there are some tensions behind the scenes, Kate is pretty unflappable and nothing has become bad enough to make Harry and Meghan want to move out. People are genuinely pleased to see them so happy.

“…While there are some tensions behind the scenes, Kate is pretty unflappable…” Yeah, so I guess we know which “side” is talking to the press about this. Basically, this drama is just another reminder of why Harry and Meghan needed their own communications office and a separate court. I get the very strong feeling that William and Kate’s side has been dictating the coverage of Harry and Meghan’s move to Windsor, and it’s being framed as “Diva Meg refuses to get along with Future Queen Kate.” Speaking of, Page Six ran a piece about how Meghan is “shaking up” the royals, and buried within the piece, Majesty editor Ingrid Seward said this:

“There’s lots of rumors swirling around that Meghan is a diva and staff are leaving because of it,” she told The Post. “They are saying that she’s upset Kate and William, too. She’s not the most popular girl on the block….The Establishment is slightly skeptical of her jetting off to all sorts of deprived places and holding the hands of the unfortunate. I think they feel she is too much of an actress.”

“…Jetting off to all sorts of deprived places and holding the hands of the unfortunate…” Yes, Meghan jets off to… London, to embrace the women of the Hubb Community Kitchen. How dare she, doesn’t she know she’s just an actress? Anyway, just more of the same – the Keen-associated reporters have the knives out for Meghan. At least it’s more out in the open now, so we don’t have to pretend that Meghan and Kate are BFFs. 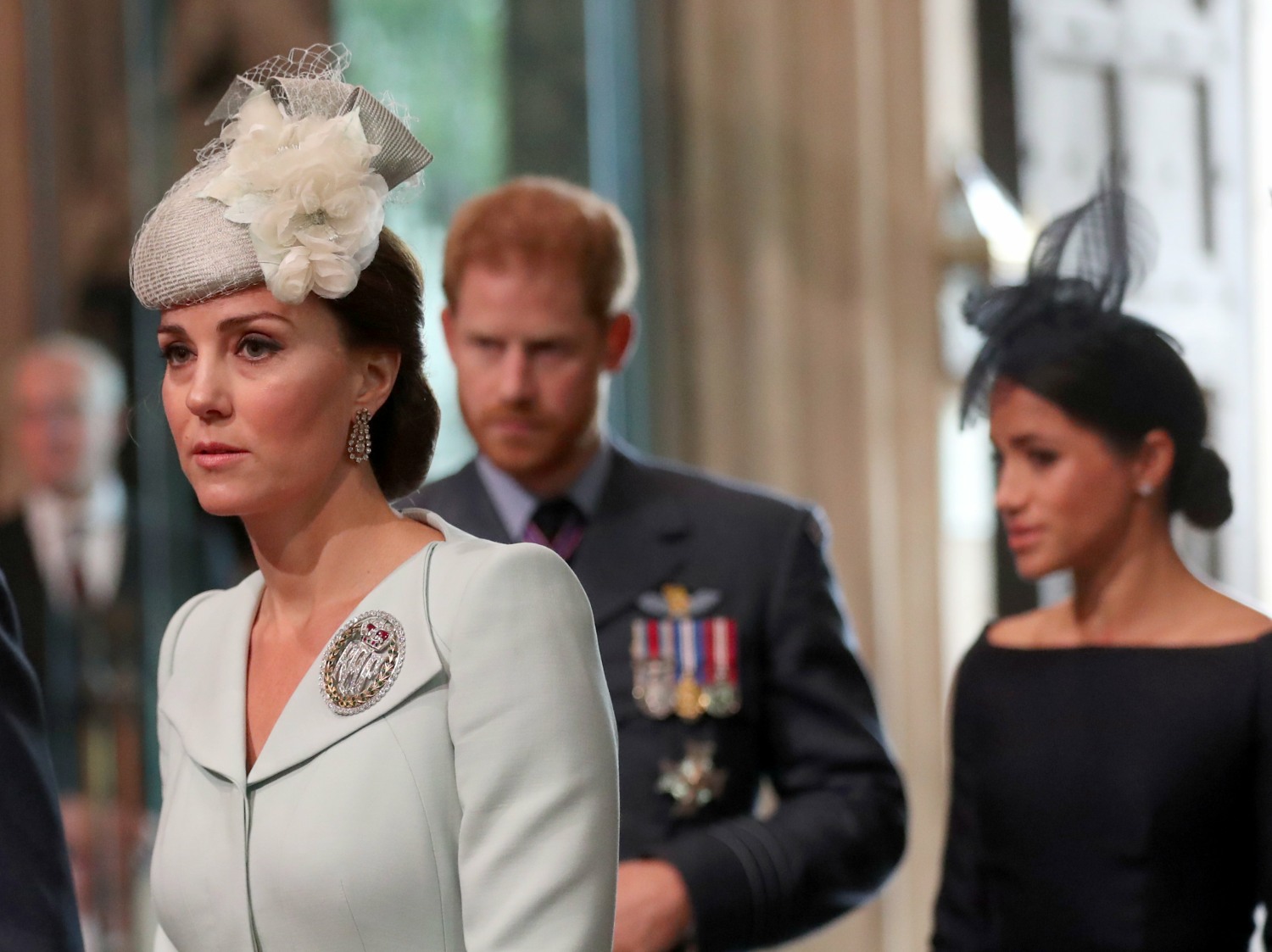 307 Responses to “DM: Duchess Meghan ‘is quite opinionated & Harry has got very dictatorial of late’”