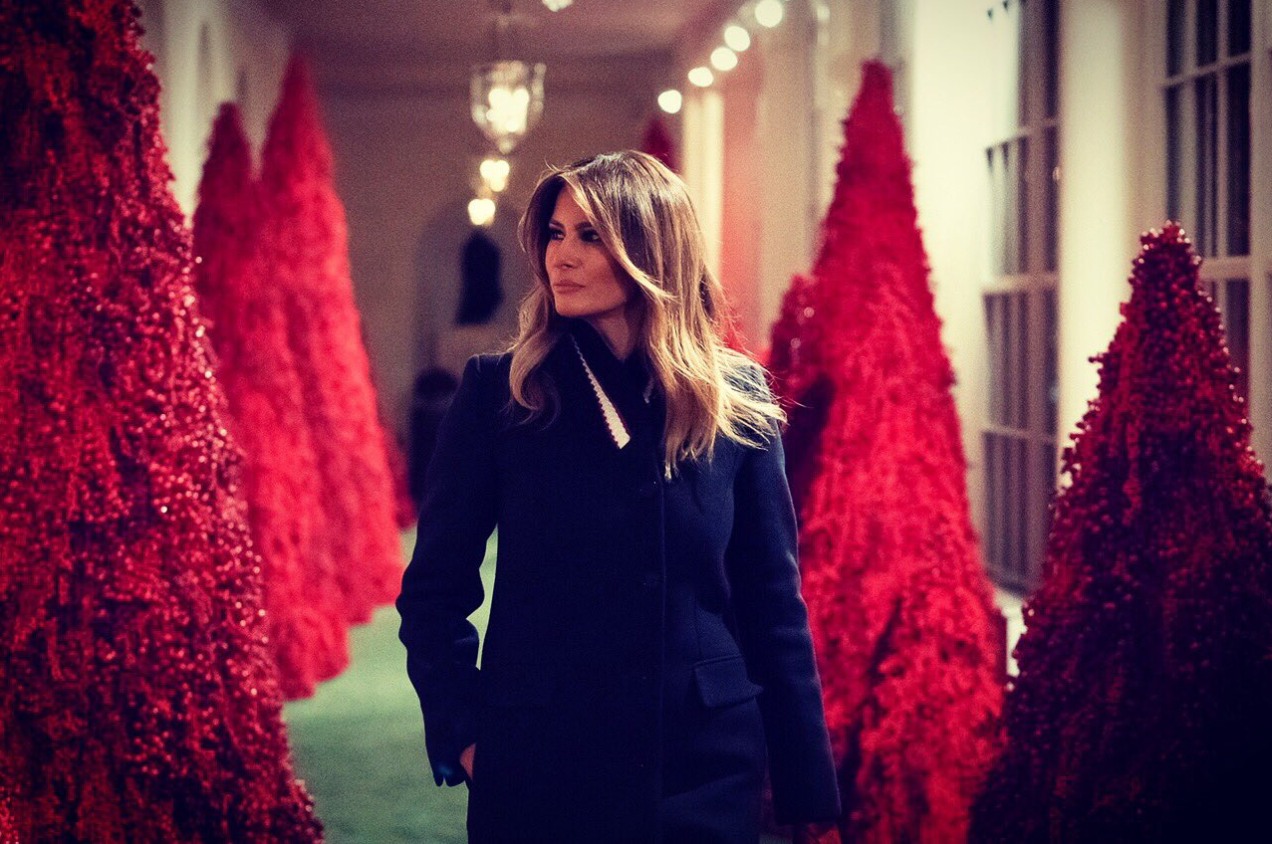 Several years ago, I remember reading a wonderfully charming article about the people who volunteer to decorate the White House for Christmas. The same people often apply to volunteer, year after year, and you really do have to pass security checks and all of that, just to volunteer for one day in the White House. If we were still talking about the Obama WH, volunteering for that gig would have been on my bucket list. But I would not be caught dead in Melania Trump’s haunted Christmas house. Melania does not have any kind of knack for decorating, or for choosing what should be appropriate Christmas decor. Melania decided that, for Christmas 2018, the White House needed an eerie passageway filled with blood red trees. She decided to hang wreaths with cheap-looking “Be Best” ornaments. And she decided to make a little video where she looks like a lonely ghost who haunts the White House at Christmas:

The People’s House @WhiteHouse is ready to celebrate Christmas and the holiday season! pic.twitter.com/oejKW3mC15

What bothers me the most? It’s actually not the stupid Be Best ornaments, although they are moronically ironic. I think what bugs me the most is the feeling of Melania play-acting the “lady of the manor,” like she gets to waltz around and check on all of the work done by peasants. She won’t even allow the peasants to appear on camera. Melania’s getting a lot of crap for yet another year of terrible Christmas decorations, but dollars to donuts she didn’t even do ANYTHING. I bet her chief of staff was the one to choose the Handmaid’s Tale theme:

It’s that time of year at White House … pic.twitter.com/7BEQ28neLj

The @WhiteHouse is sparkling for the Christmas season! pic.twitter.com/ncNhlkZAWl 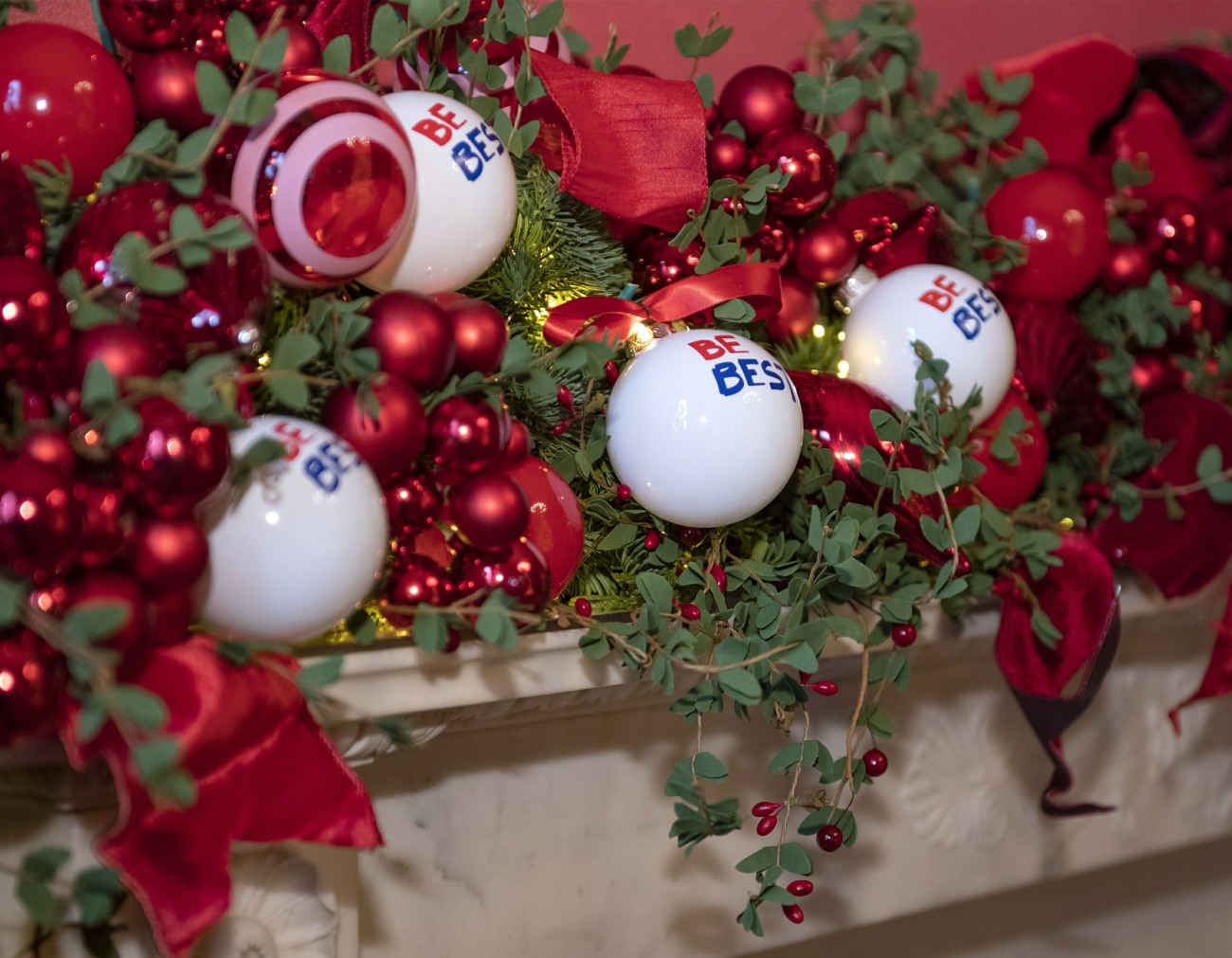 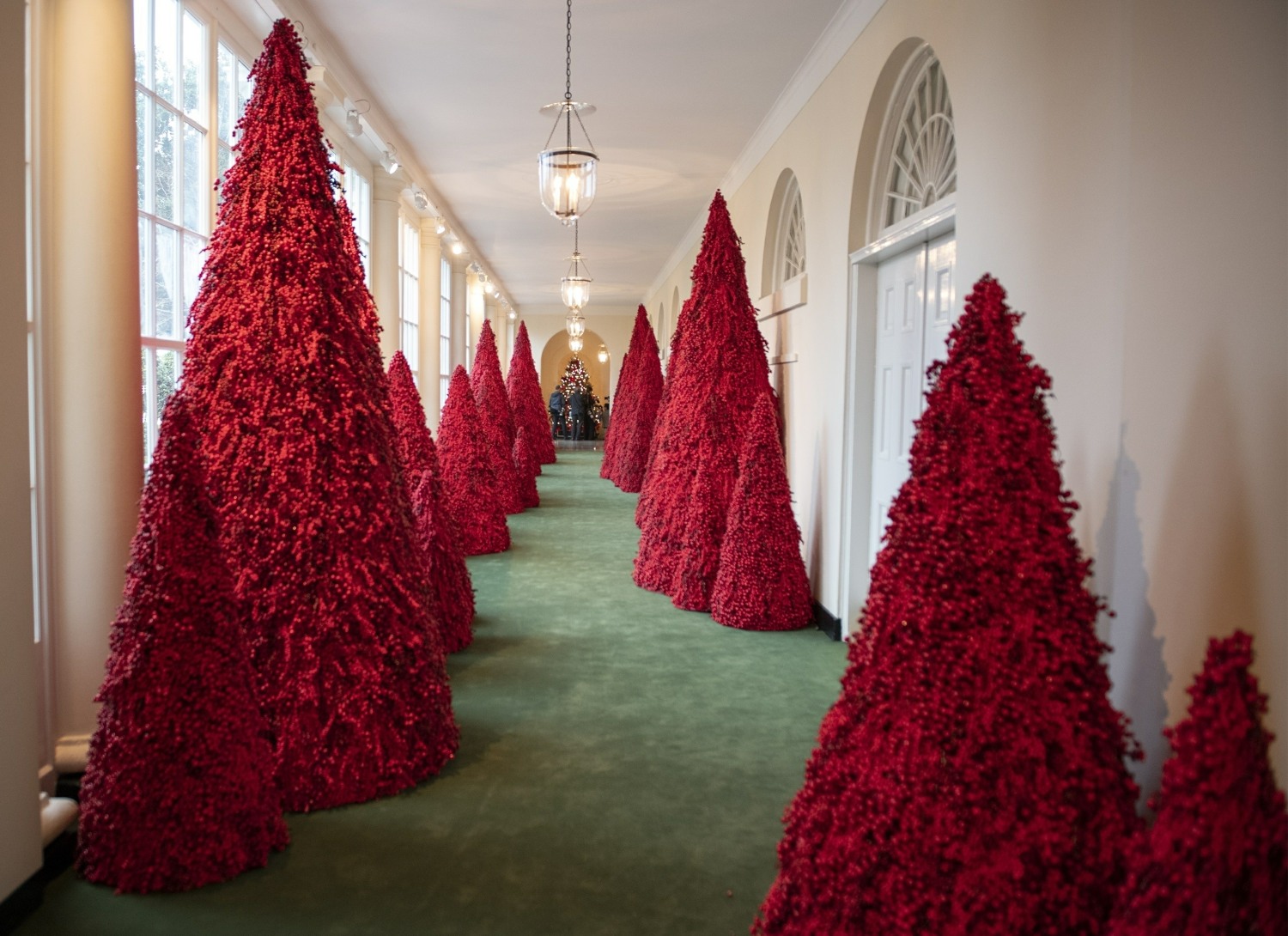