Amanda Bynes, four years sober, gets real about her drug use & Twitter escapades 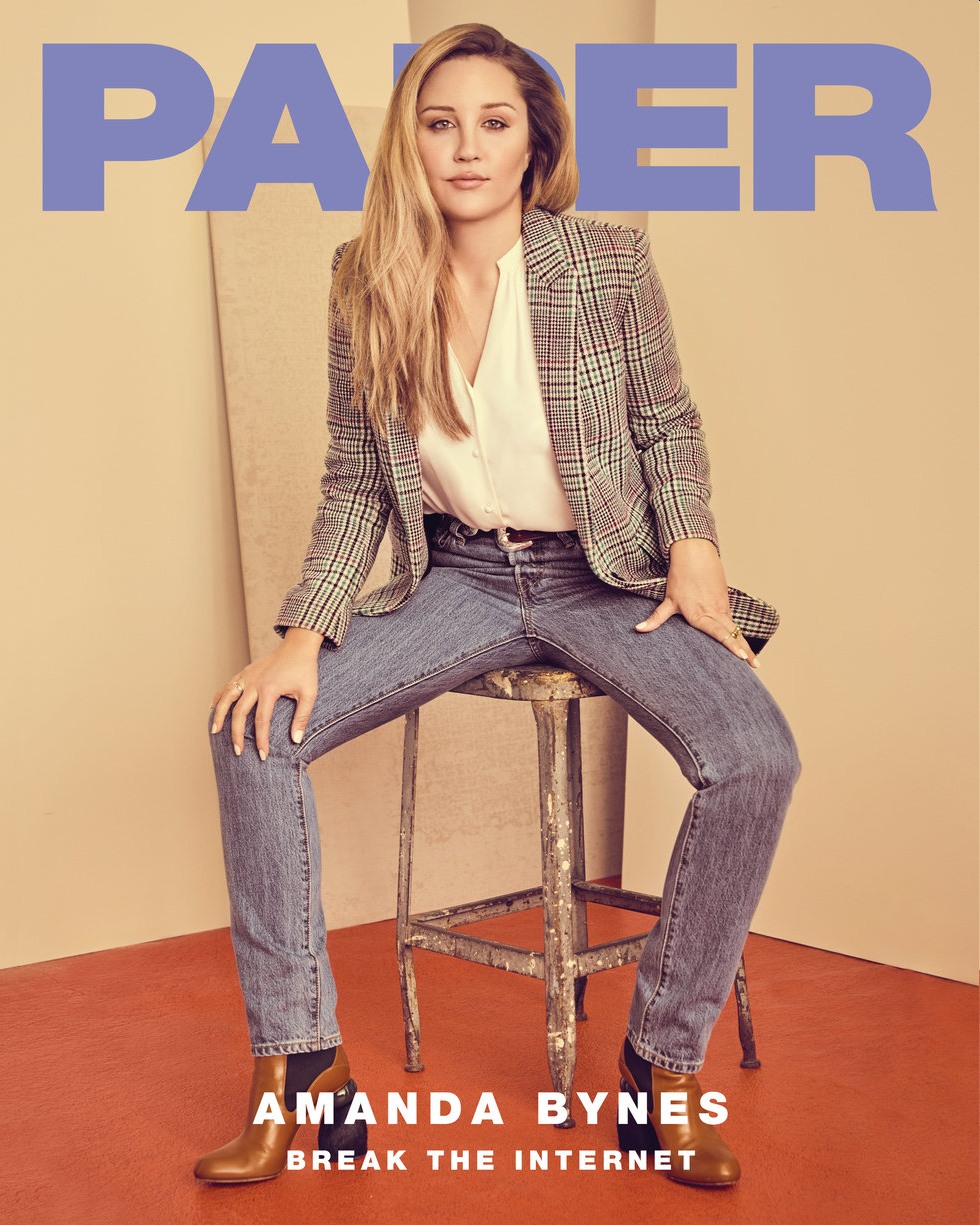 For a while, it seemed like Amanda Bynes was going down a self-destructive, Lindsay Lohan-esque path. For a time, Amanda was more like an oddity to cover, as she was doing a lot of stuff for attention, which she got. And then it just got sad, and no one really knew the specifics of what was going on with her. Eventually, Amanda’s parents brought her home to California, got her into some kind of drug treatment program, and she eventually enrolled into fashion school. She’s doing well right now – she’s been clean for years, she’s about to get an Associate’s of Art degree from the Fashion Institute of Design and Merchandising in LA, and she covers the latest “Break the Internet” issue of Paper Magazine. You can read the full piece here – unlike Lindsay Lohan’s many bullsh-t “comebacks,” Amanda seems clear-eyed, compassionate and truly sorry about everything that happened. Some highlights:

She was never a drinker: “I never really liked going out that much,” she says of her teenage years. “I [only] started going out around 25 years old.” She says she didn’t really drink much as a teenager and “never liked the taste of alcohol. I could not stomach it.” But, she says, “I started smoking marijuana when I was 16. Even though everyone thought I was the ‘good girl,’ I did smoke marijuana from that point on. I didn’t get addicted [then] and I wasn’t abusing it. And I wasn’t going out and partying or making a fool of myself… yet. Later on it progressed to doing molly and ecstasy. [I tried] cocaine three times but I never got high from cocaine. I never liked it. It was never my drug of choice.” One drug she admits she started taking on a regular basis, however, was Adderall. “I definitely abused Adderall,” she says.

On seeing ‘Easy A’: “I literally couldn’t stand my appearance in that movie and I didn’t like my performance. I was absolutely convinced I needed to stop acting after seeing it. I was high on marijuana when I saw that but for some reason it really started to affect me. I don’t know if it was a drug-induced psychosis or what, but it affected my brain in a different way than it affects other people. It absolutely changed my perception of things. I saw it and I was convinced that I should never be on camera again and I officially retired on Twitter, which was, you know, also stupid. If I was going to retire [the right way], I should’ve done it in a press statement — but I did it on Twitter. Real classy! But, you know, I was high and I was like, ‘You know what? I am so over this’ so I just did it. But it was really foolish and I see that now. I was young and stupid.”

She didn’t do much after she retired: “I just had no purpose in life. I’d been working my whole life and [now] I was doing nothing… I had a lot of time on my hands and I would ‘wake and bake’ and literally be stoned all day long….[I] was just stuck at home, getting high, watching TV and tweeting.”

Her crazy tweets at that time: “I’m really ashamed and embarrassed with the things I said. I can’t turn back time but if I could, I would. And I’m so sorry to whoever I hurt and whoever I lied about because it truly eats away at me. It makes me feel so horrible and sick to my stomach and sad. Everything I worked my whole life to achieve, I kind of ruined it all through Twitter.” But, she adds, “it’s definitely not Twitter’s fault — it’s my own fault.”

She’s sober: “I’ve been sober for almost four years now,” Bynes tells me, crediting her parents with “really helping me get back on track…. My advice to anyone who is struggling with substance abuse would be to be really careful because drugs can really take a hold of your life. Everybody is different, obviously, but for me, the mixture of marijuana and whatever other drugs and sometimes drinking really messed up my brain. It really made me a completely different person. I actually am a nice person. I would never feel, say or do any of the things that I did and said to the people I hurt on Twitter. There are gateway drugs and thankfully I never did heroin or meth or anything like that but certain things that you think are harmless, they may actually affect you in a more harmful way. Be really, really careful because you could lose it all and ruin your entire life like I did.”

On the armchair psychiatrists: “It definitely isn’t fun when people diagnose you with what they think you are. That was always really bothersome to me. If you deny anything and tell them what it actually is, they don’t believe you. Truly, for me, [my behavior] was drug-induced, and whenever I got off of [drugs], I was always back to normal. I know that my behavior was so strange that people were just trying to grasp at straws for what was wrong,” Bynes concedes with clear-eyed analysis and remarkable consideration for these wannabe “armchair psychiatrists.”

I believe her, about everything. I think what happened to her was all drug-related, and once she got clean, everything in her life improved. I think “going away” helped her a great deal too – she’s barely been heard from in the past four years, and just getting that distance from her old self must have helped her enormously too. I always think that about the drugged out messes, that it’s not enough for them to just get clean, however briefly. It’s about taking the time away from their old lives, and getting some distance from their own toxic behavior. Anyway, this is a good success story of someone who got clean. Good for Amanda.

"I have no fear of the future. I've been through the worst and came out the other end and survived it so I just feel like it's only up from here." #amandabynes #breaktheinternet #linkinbio

90 Responses to “Amanda Bynes, four years sober, gets real about her drug use & Twitter escapades”