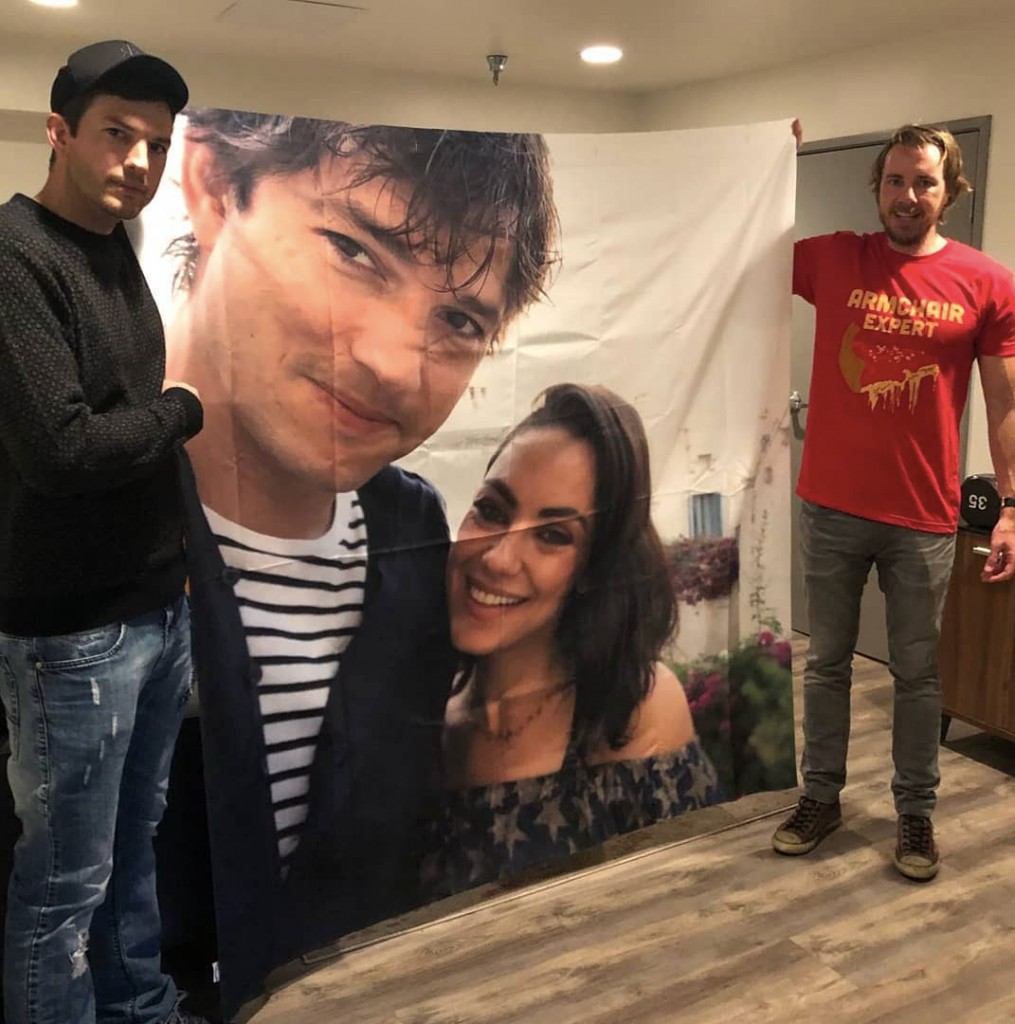 First of all, I’m not trying to be clickbaity in the title, although I’m not above that. If I wrote out that the gift was “a shower curtain with their giant faces on it,” it wouldn’t fit in our title format of two lines. We keep them short so the layout is consistent on computers. Also I am covering this because I wanted to say that Ashton Kutcher is one of two celebrities I know of to have blocked me on Twitter. The other one is Jessica Alba. I don’t comment on celebrities’ tweets so they must not have liked it when we covered the stupid things they said. Anyway this story is funny and cute and I wanted to talk about it. Ashton Kutcher and Mila Kunis had a giant photo of themselves put on a shower curtain and they gave this as a gift to Dax Shepard and Kristen Bell. The image is above and here’s what Dax wrote:

daxshepardWhat a generous Christmas gift from the Kunis-Kutcher family. A beautiful shower curtain for the attic(t) bathroom!

I don’t listen to Dax Shepard’s podcast but I should because I could surely get a bunch of stories out of it. I think he records it in the attic bathroom he mentioned where there’s an inlaw suite, right? This shower curtain will be a great conversation piece there. E! reminds us that Dax is starring on The Ranch with Ashton on Netflix, which is helpful because no one watches that. Dax also worked on Punk’d with Ashton back in the day.

Also, how cute a gift is this? It’s stupid, it’s funny and it’s perfect for rich people who don’t need anything. My favorite dumb celebrity gift/prank story is about Robert Redford and Paul Newman. I covered this ten years ago and I still think about it occasionally. These two sent a wrecked Porsche to each other. Redford sent the trashed Porsche to Newman for his 50th birthday. Newman had it compacted and sent it back! Then Redford hired a local sculptor to make it into garden art and sent it back to Newman. They never even talked about it!

Oh and remember how some woman came forward last week claiming to have hooked up with Dax 9 years ago, when he was dating his now wife, Kristen Bell? Dax wrote that it was 13 years ago and pointed out that the woman has sold stories about her relationships with other random celebrities including Kid Rock and Matthew Perry. Well Kristen hasn’t responded, but she did record a video thanking Dax for giving her a cordless Dyson vacuum. That was in her IG stories but I missed it. She posted a bunch of stuff from their holiday party though, including a weird table she had custom made last year for a white elephant gift. It had udders on it. The person who ended up with it had it adapted with kegs so that the beer came out of the udders! That’s genius. Sometimes I do get jealous of celebrities.

Dax and Ashton in 2004. They look so young!
Embed from Getty Images