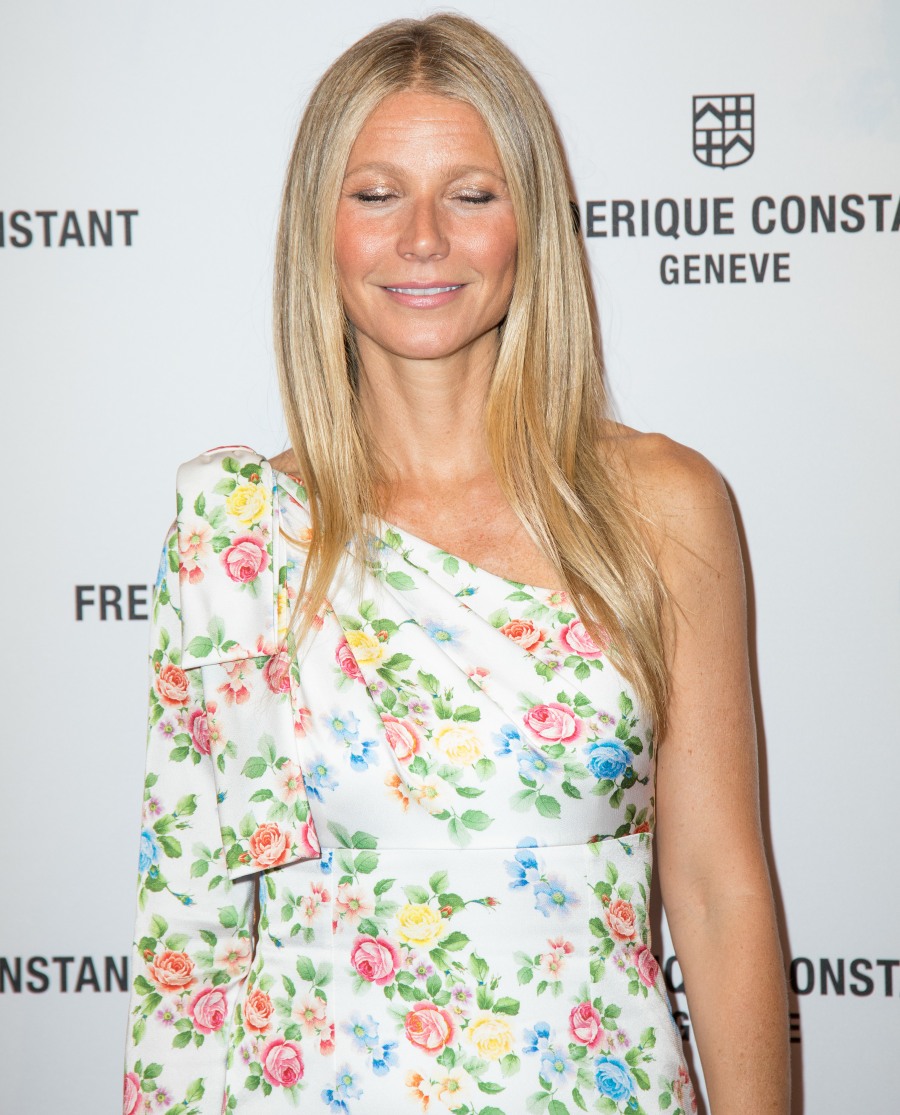 To be clear, I don’t actually believe that Gwyneth Paltrow should be canceled. Any cancellation – if it should happen – won’t come from me. That’s partly because I halfway enjoy how obliviously awful she is, and it’s fun to cover her sometimes. It’s not a “cancel Gwyneth y/n” issue. It’s more like: please recognize that she’s terrible. Please recognize that she’s getting rich off of bad science, elitism and expensive feelings. Please recognize that whatever Gwyneth is, she’s not f–king harmless. Gwyneth has a newish interview in the Financial Times, and she is just as dangerous clueless and obliviously elitist as ever. Some highlights:

How she started Goop: “It’s bizarre to think back on. I had such a different life then,” says Paltrow of the “life crisis” that precipitated Goop. “I was completely burned out. I had done 40 films in a decade, and even though there were aspects of it that were incredible, it was also pretty lonely. I was on the road alone a lot. And I had had my daughter and I thought, I don’t want to do that any more. And then I started to realise I was very interested in the digital space. I certainly had no idea what I was getting myself into. I was trying to figure out WordPress alone in my kitchen. It was ridiculous.”

She’s still telling that asinine story about bitching out a yoga-studio employee: “I started writing about this kind of stuff when it was ahead of the curve, and we are still ahead of the curve. Even when I started to do yoga, pre-internet, I remember there being very cynical articles about how yoga was culty and weird and for freaks. It’s been great watching the sea-change. I had this funny experience the other day where I went to a yoga studio in LA and the beautiful 22-year-old girl behind the counter was like, ‘Have you ever done yoga before?’ And I was like: ‘Bitch, you have this job because I’ve done yoga before.’ ”

On her detractors who say “wellness” is only for privileged, rich white women: “But this is bullsh-t. This idea that wellness is aspirational, and for rich people, it’s absolutely not true at all. At the crux of it, the true tenets of wellness — meditation, eating whole foods, drinking a lot of water, sleeping well, thinking good thoughts, trying to be optimistic — are all free.”

Going into to meet with investors for Goop: “Oh, it’s hilarious. And so brutal. Firstly, every investor will take the meeting. And then, for about the first 90 seconds, I am Gwyneth Paltrow and maybe they want a selfie for their wife and maybe they tell me about how much they loved The Royal Tenenbaums. And then you sit down to do the presentation it’s like: ‘Oh sh-t, this is what it’s like to be an entrepreneur.’ It’s such a great lesson, because when you’re a famous person . . . people are always treating you with kid gloves and removing obstacles for you. Investor meetings were a huge wake-up call, in the best way. It was when I realised I’d been treated like a fake person for 20 years.”

On all of the lawsuits & fake science: “As you grow, you realise you have a lot of responsibility and accountability. We’re getting very buttoned-up about all that stuff now. I think the scariest thing for me is not knowing what I don’t know. I have made huge mistakes because I didn’t know those particular mistakes were even conceivably possible to make.”

First of all, do you enjoy how she glosses over the lawsuits and consumer-advocacy watchdog reports about all of her expensive fake science? It’s only NOW that Goop is starting to get “buttoned up” about, you know, making sure that they don’t say or suggest that stickers can cure cancer. It’s “scary” for Gwyneth because of “not knowing what I don’t know.” *twirls blonde hair* You mean I can’t charge $599 for jade eggs and claim that they cure Crohn’s?? I DIDN’T KNOW THAT. See if that stands up in court.

But really, this is the most offensive part: “This idea that wellness is aspirational, and for rich people, it’s absolutely not true at all. At the crux of it, the true tenets of wellness — meditation, eating whole foods, drinking a lot of water, sleeping well, thinking good thoughts, trying to be optimistic — are all free.” WHOLE FOODS ARE NOT FREE. Flint still doesn’t have clean water. Being able to “sleep well” if you’re a working parent is not free. Having the time and access to focus on meditation and mental health is not free. Does she honestly think food and water are free and accessible to all people? This is the same woman who tried to “live on food stamps” for a month, only to blow all her SNAP money on limes and then quit after a few days and go to lunch at a fancy restaurant.

Last thing: someone needs to tell her to stop telling that story about how she invented yoga and bitched out a young woman. That story isn’t the charming little tale she thinks it is. 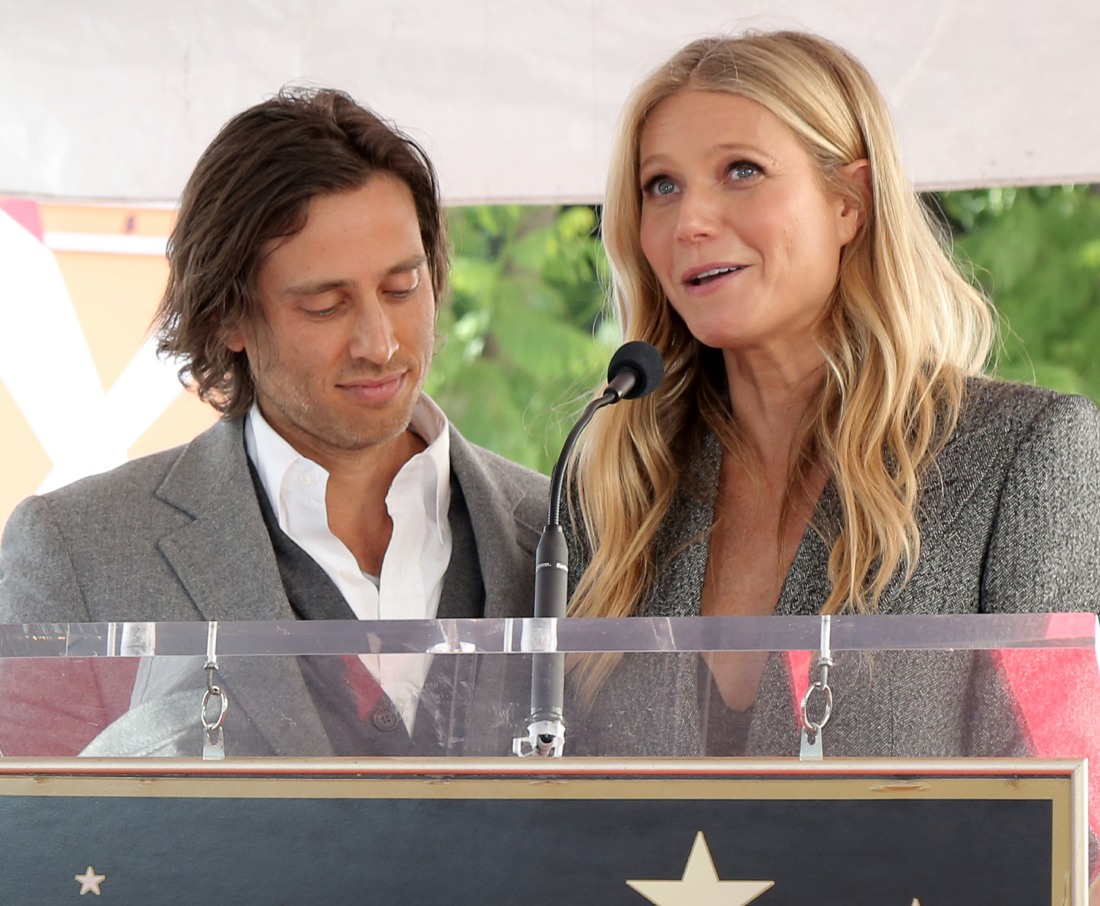 120 Responses to “Gwyneth Paltrow seems to think whole food, water and good sleep are all free”