Emily Blunt in McQueen at the Golden Globes: intricate, flat or lovely? 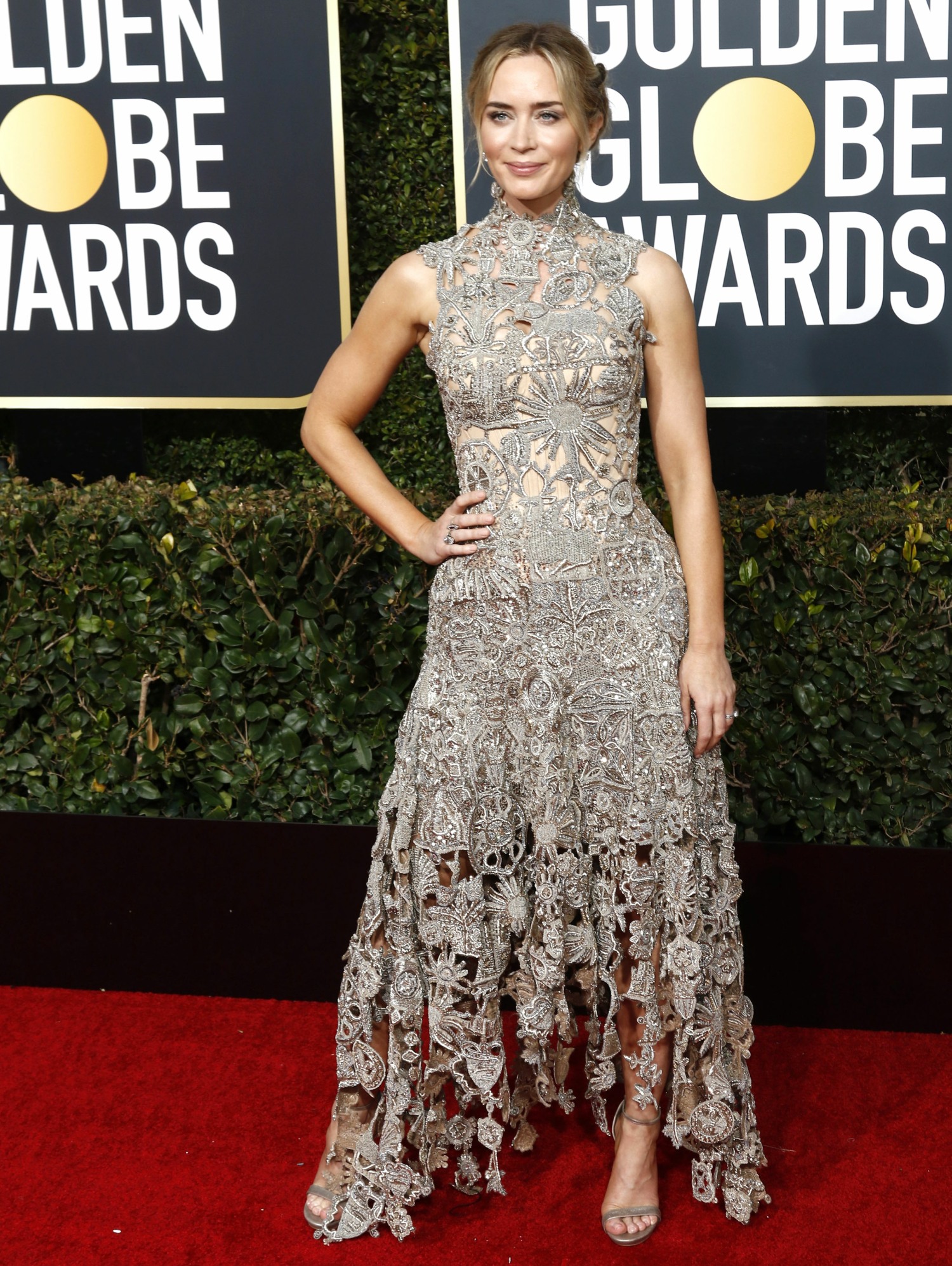 It felt like Emily Blunt was coming into the awards season with a lot of late-surging momentum, and like she might be a surprise winner last night. She was not. It was weird. Her fashion choice was weird too – she wore this Alexander McQueen dress (she was, I believe, the only person the House of McQueen dressed for the Globes) and while the dress is intricately constructed and interesting, it also felt kind of “off” for the Globes. Like, she was trying to dress like she would surprise-win but also, the dress didn’t do much on-camera or in motion? I’m overthinking this, I know. That’s what Emily did too – she overthought it. 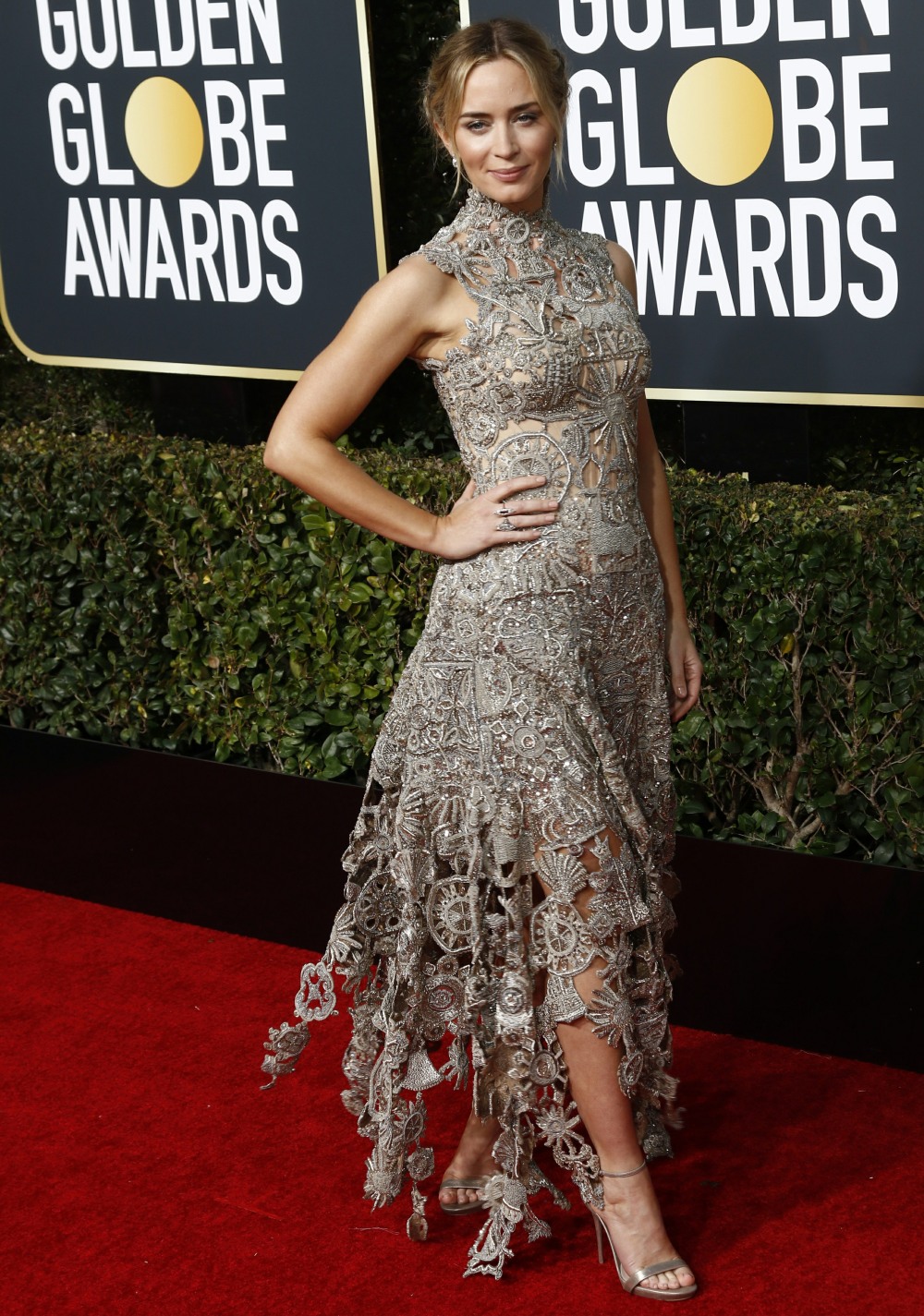 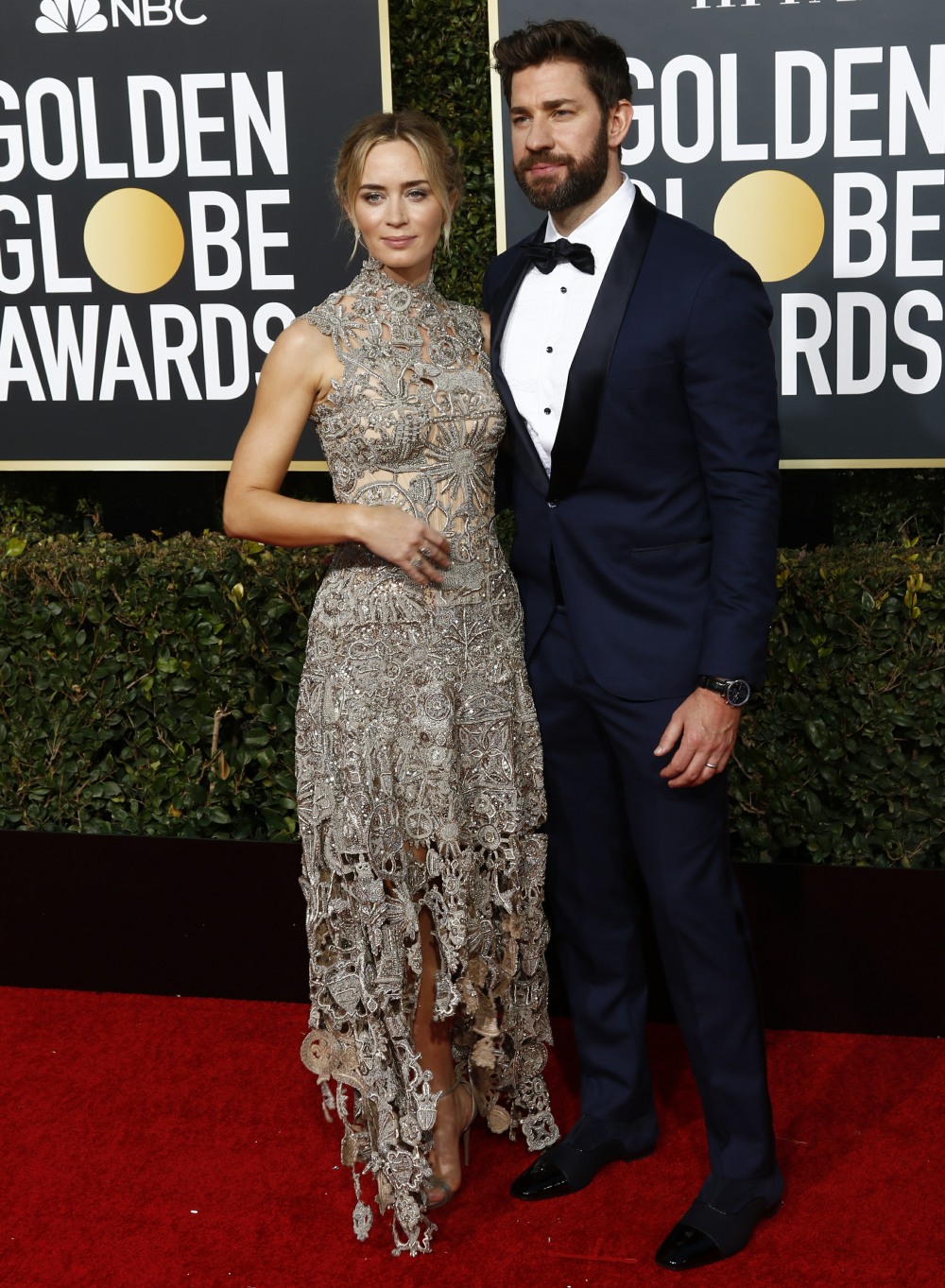 People were calling Nicole Kidman’s Michael Kors gown her Dom Look and once you see it, you can’t unsee it. What strikes me is that Nicole fifty f–king one years old and she still has a body like a Barbie doll. 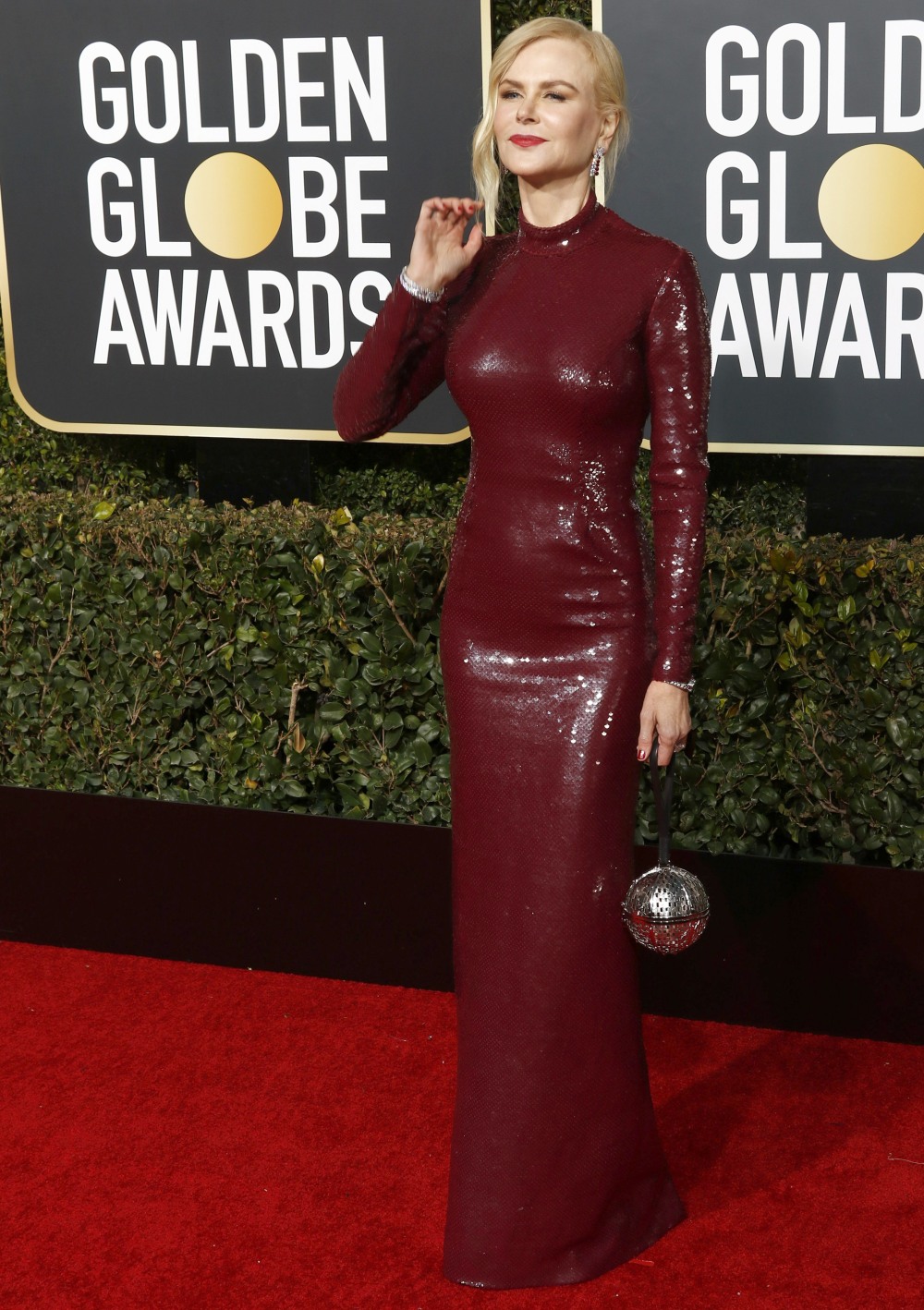 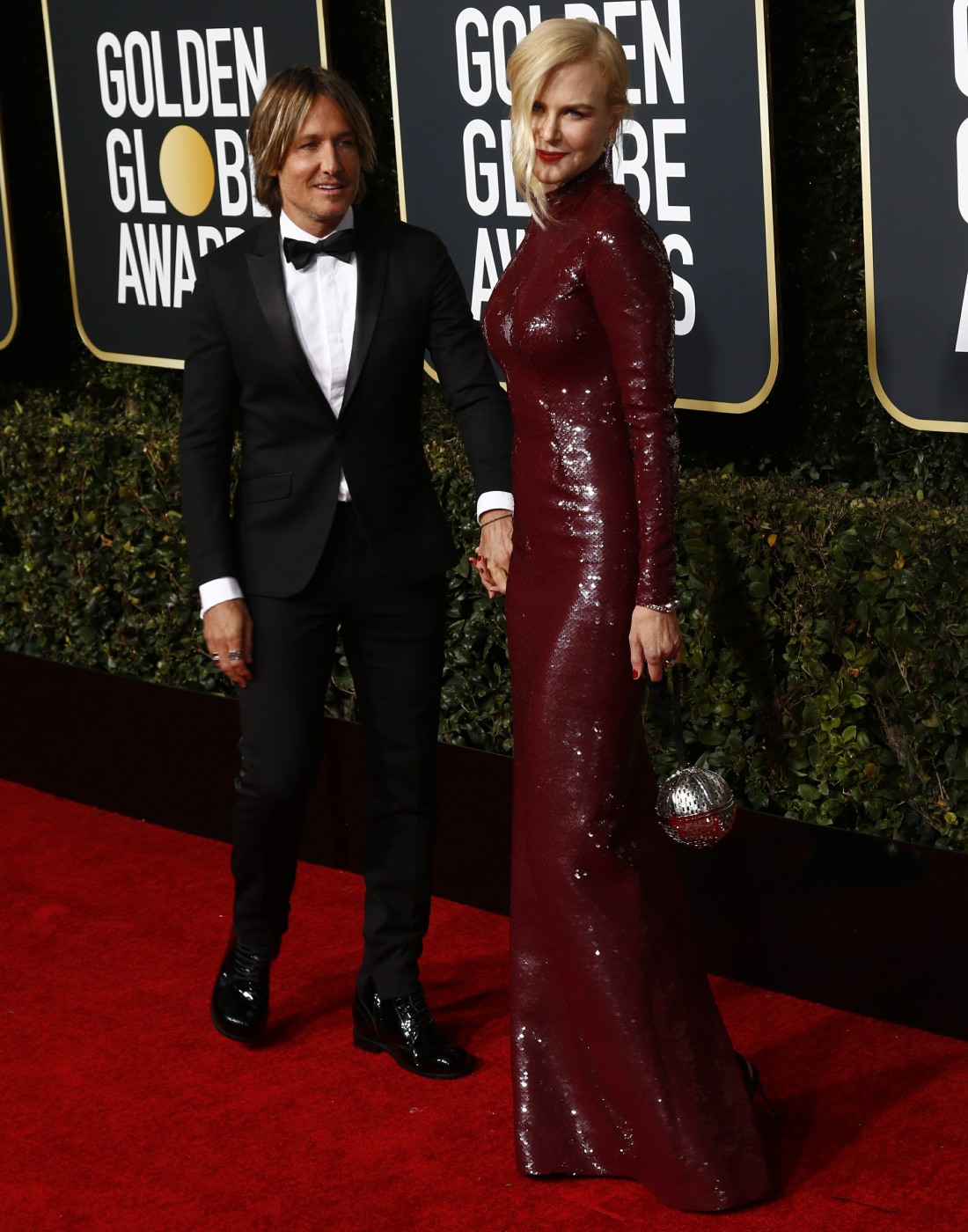 Amy Adams in Calvin Klein by Appointment. The dress wasn’t that great (nice color, but the cut sucked), and Amy’s permanent babyface seems to be softening and giving way to the natural ageing process. I thought it was sad that Amy never wins anything. When will it be her time, damn it? 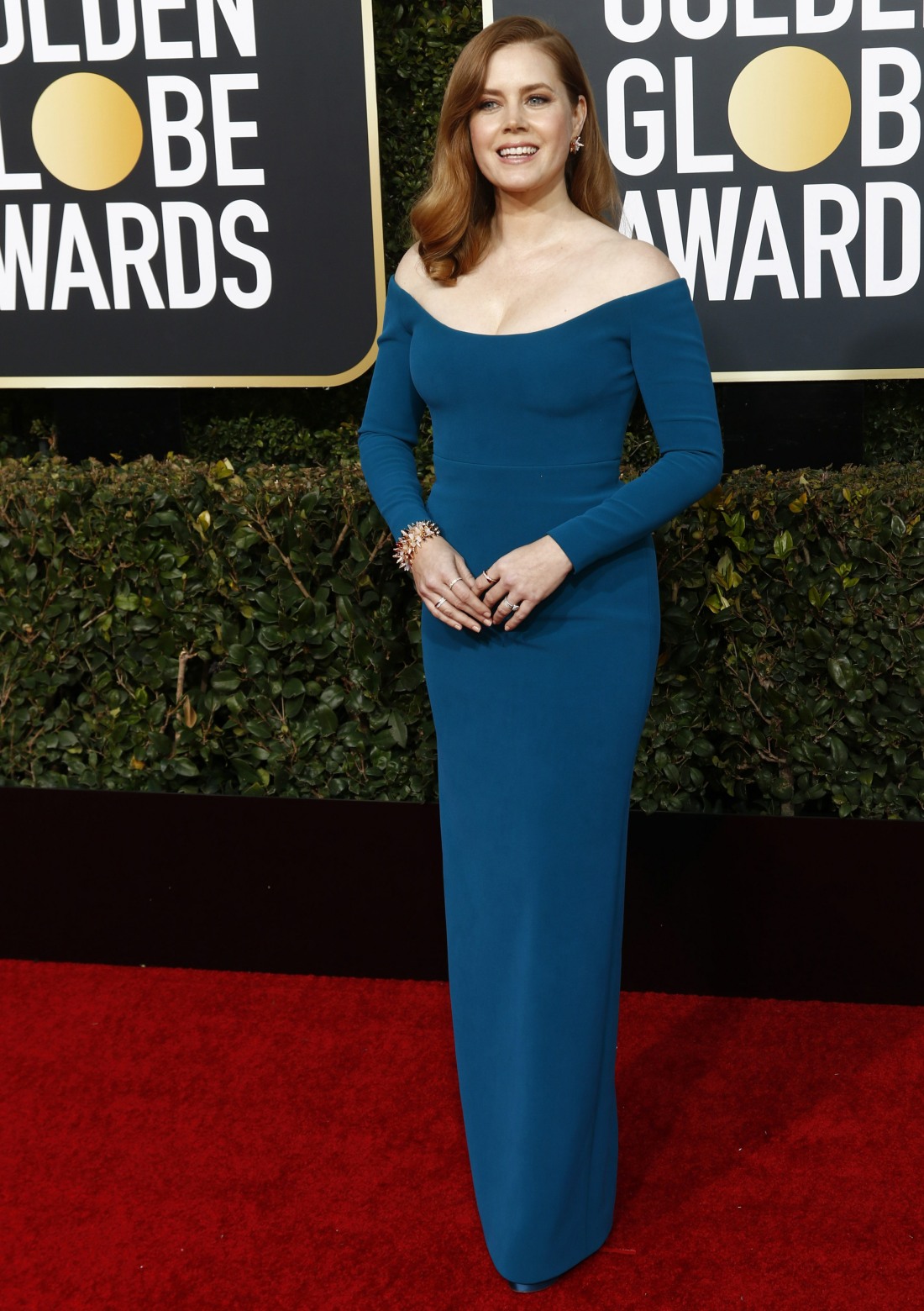 Catherine Zeta-Jones in Elie Saab. Sometimes I’m reminded of just how quickly gossip cycles change and celebrities go in and out of favor. Catherine Zeta Jones and Michael Douglas are old-school celebrities, and they’re still respected and admired by many in Hollywood. But… when they walked out on the carpet at the Globes, it just felt like they were two relics from another era, and they were so irrelevant now. Catherine’s look reflected that too – her Elie Saab would have been a bigger deal ten years ago. Now she looks dated, just like her Botox-y Jokerface. 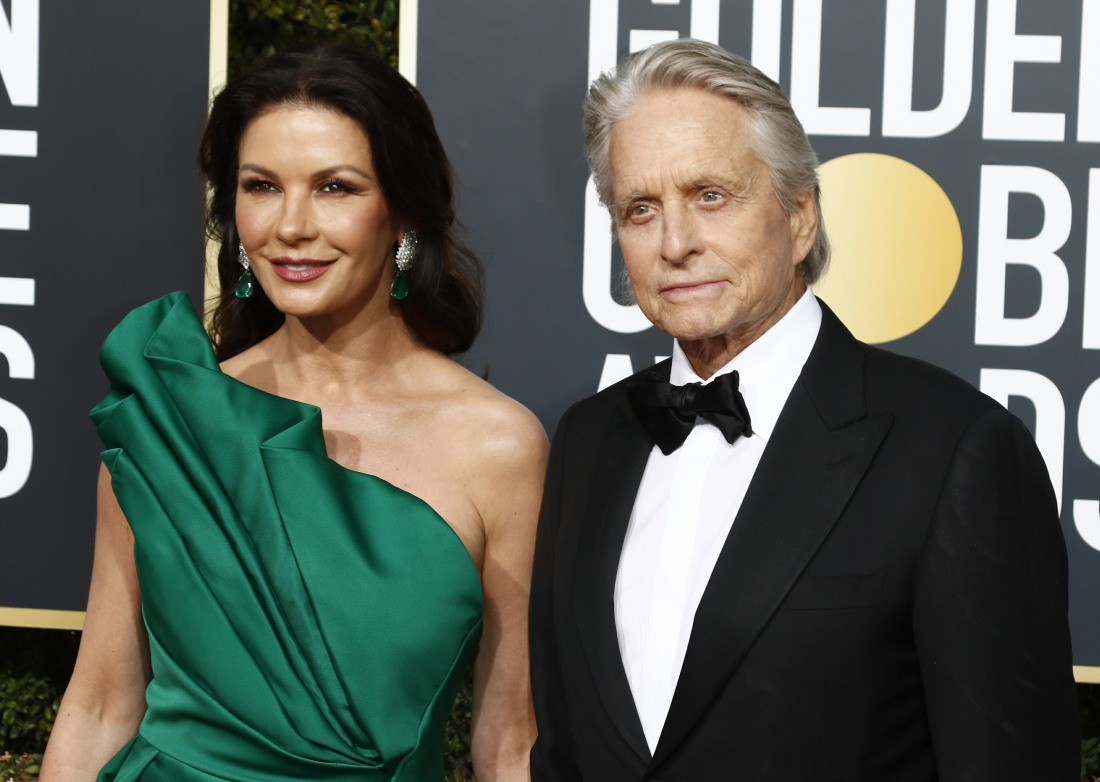 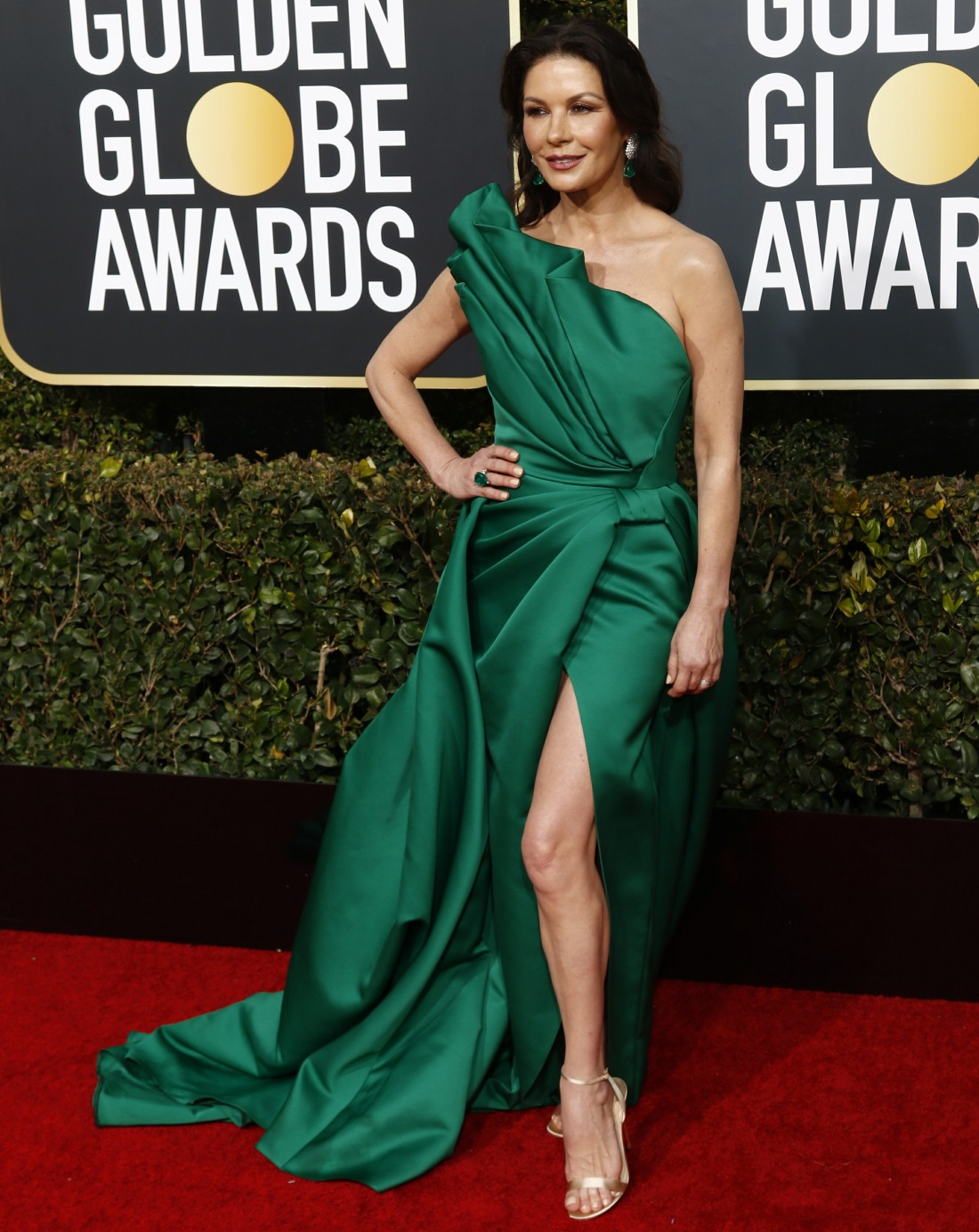 58 Responses to “Emily Blunt in McQueen at the Golden Globes: intricate, flat or lovely?”