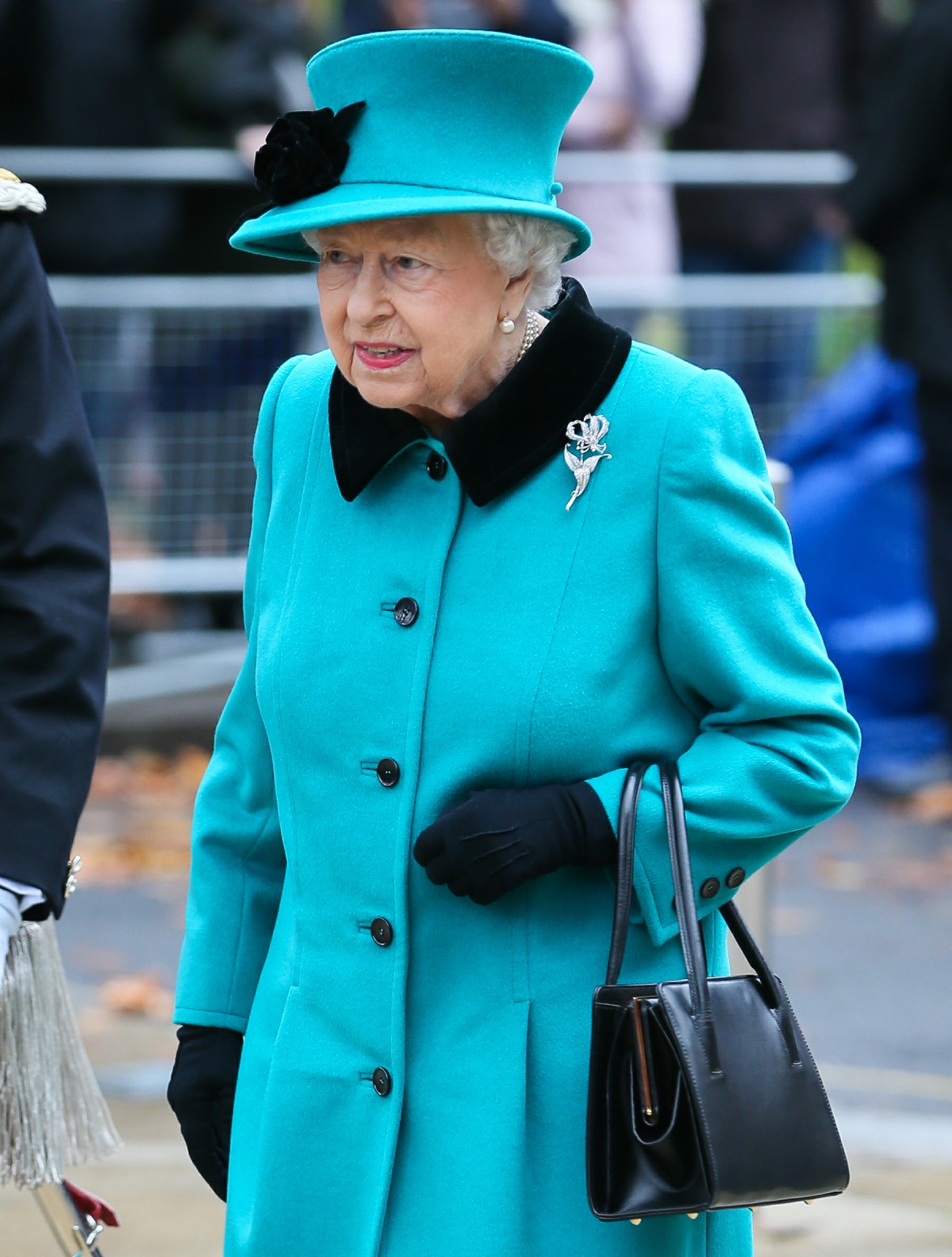 For the Duchess of Cambridge and Duchess of Sussex, everyone makes a big deal about when, where and how they repeat their clothes or accessories. I genuinely think it’s perfectly healthy to have an interest in fashion, so I don’t mind that Meghan and Kate’s fashion choices make headlines, even if the interest in those choices is – at times – way overblown. But we don’t talk enough about the Queen and how much she rewears things. Obviously, Her Maj has one of the greatest brooch collections of all time. But she does not have an extensive handbag collection, because she apparently has been using the same handbag for… FIFTY YEARS. And while she has an extensive scarf collection, she’s been using the same scarves for decades too. Rewear goals.

The Queen has been reusing her favourite bags, shoes and accessories for over half a century, MailOnline can reveal. The 92-year-old monarch entrusts a select few suppliers with making her clothes, some of whom she has been visiting for more than 70 years. Her busy schedule of public duties often demands several outfit changes a day, which means gloves and shoes must be made from the highest quality materials.

Among her hardest-working pieces is a patent handbag from British label Launer, a piece she has been wearing for nearly 50 years. Spotted on her arm for the first time in 1970, during a meeting with President Nixon at Chequers, the monarch was seen wearing it again in 2017 while reviewing the King’s Troop Royal Horse Artillery. Known for its iconic ‘twisted rope’ emblem, Launer was established in 1941 and awarded a Royal Warrant after supplying with Queen with leather good since 1968.

Similarly, the Queen, who is famed for her love of silk headscarves – her collection is thought to be in the hundreds – wore the same vibrant green number while riding in Sandringham in 1970, and on her 79th birthday at Windsor in 2005 – some 35 years later.

When it comes to gloves – a staple of any monarch’s wardrobe – the Queen has been using Cornelia James for a staggering 72 years. Her long-standing relationship with the East Sussex supplier began in 1947, when her wedding dress designer Norman Hartnell ordered a pair of plain white cotton gloves for her going-away outfit. Royal glovemaker Genevieve Lawson has previously revealed that Her Majesty tries to extend the quality of her gloves by reusing them and sending them back for repairs instead of buying new ones.

The Queen has also worn the same style of shoe for the past 50 years, handmade for her by Anello & Davide of Kensington, west London, from the finest calf leather – usually in black patent with a brass clasp or a small bow. She has worked her way through hundreds of almost identical pairs over the years but circulates about ten pairs at any one time — including plain black leather, black patent, white leather and beige leather, and three designs of evening shoe in satin, silver and gold.

She “circulates about ten pairs at any one time…” I think this is what she does with handbags too – it’s not that she only has one humble black leather purse which she uses every day, it’s that she has about six mostly identical black leather purses which she cycles through at any given time, and she sticks with the same style when she orders new ones. She probably has several duplicates of the exact same purse too, same with shoes and maybe even scarves and gloves. It’s all part of her regal uniform, complete with the Mad Hatter hats. Damn, though. Now I want to see her scarf collection AND her brooch collection and I want to study the subtle differences between the black purses. 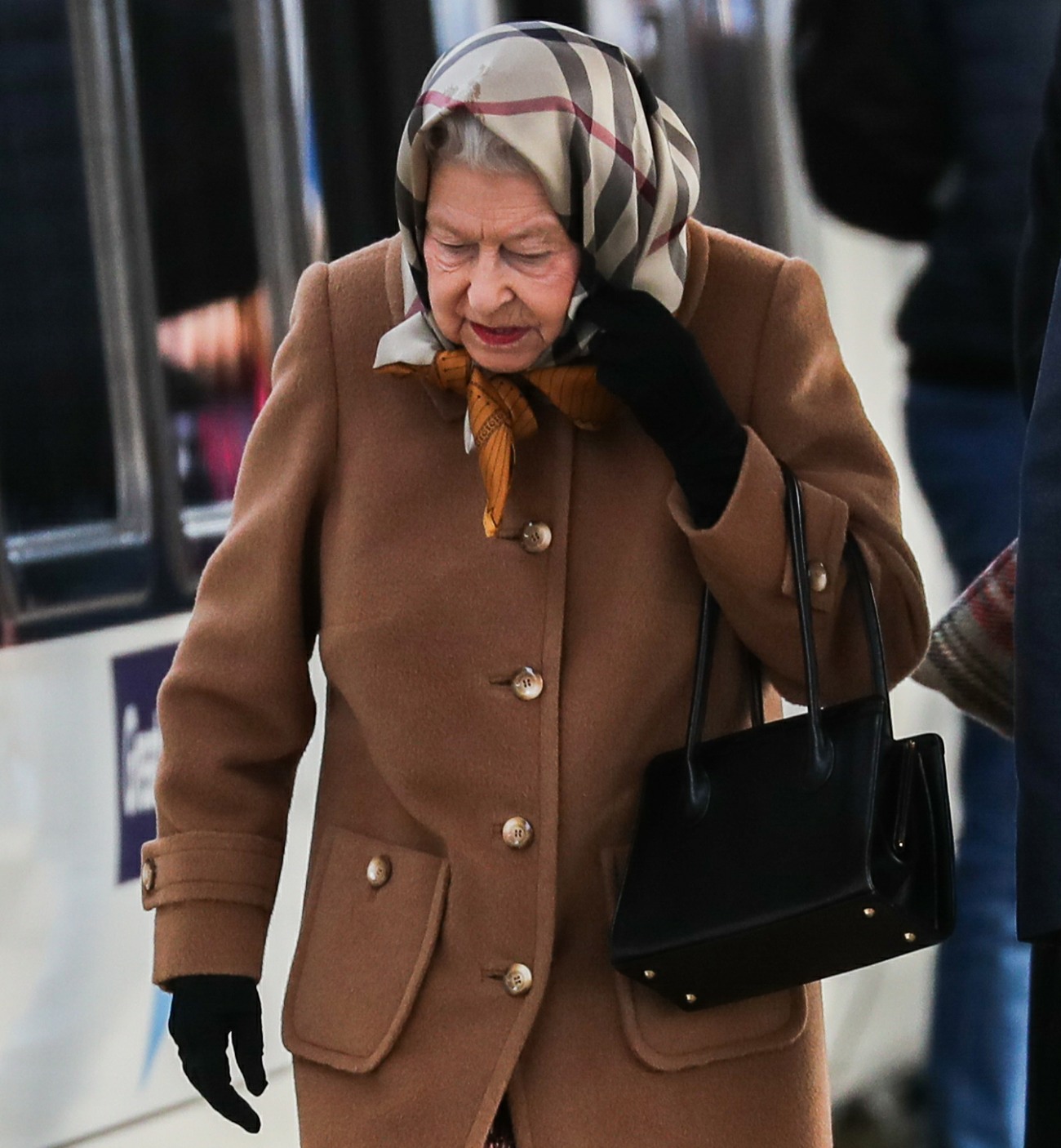 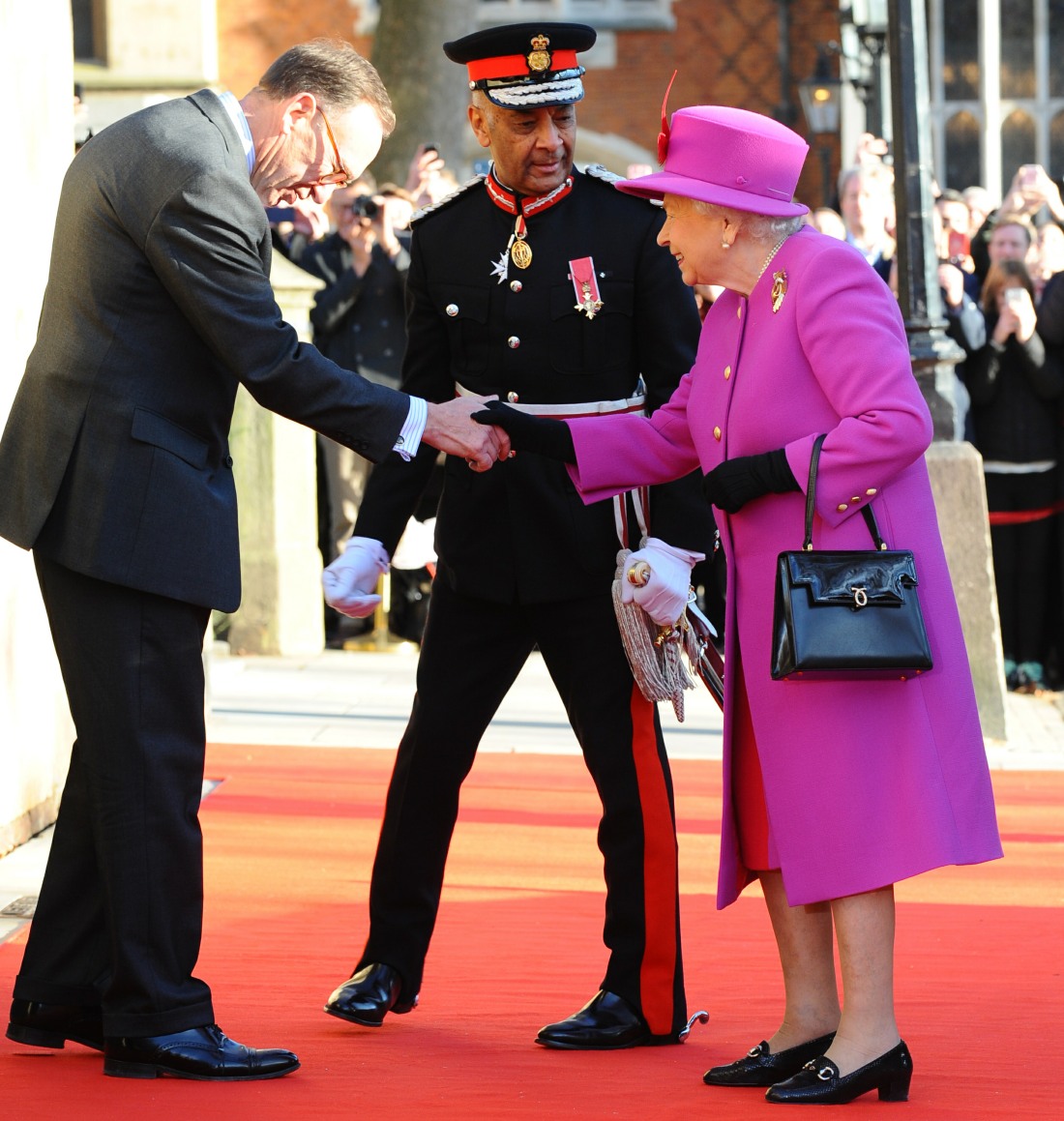