Evan Rachel Wood on her stay in a mental hospital: ‘The worst, best thing’

Had the privilege of speaking at the #WomensMarch yesterday. So inspired by everyone who came out in support. Photo: @gettyimages


Evan Rachel Wood, 31, has penned a powerful essay for Nylon about the time she checked herself into a mental hospital at the age of 22. She’s opened up in the past about the fact that she’s been raped, that she has struggled with her identity and has attempted suicide. I believe this is the first time she’s discussed her hospital stay. She opens by saying that depression and mental illness are not your fault but that there’s something you can do about it. Then she recalls the day she phoned her mom, admitted that she had tried to kill herself the night before and asked for help. I can’t do her story justice in an excerpt so please read it at the source if you have time. She’s a strong writer and the story of her despair and recovery is so well told. She fondly describes the other patients in the ward with her and has a vivid recollection of events. Her personal story would make a compelling film.

She reached out to her mom for help
When I was 22, I willingly checked myself into a psychiatric hospital, and I have absolutely no shame about it. Looking back, it was the worst, best thing that ever happened to me…

Then with an almost hysterical acceptance, without thinking, I picked up the phone.

Two burgers, two tacos, and a quesadilla later, at a truck stop, she finally asked, “Why? Why did you feel like you needed to do that?” After a moment I said, “I just wanted some peace.” And that was true. My mind was not a peaceful place. My mind at the time was filled with scars and shadows and, most importantly, so much shame. I was struggling with PTSD and didn’t know it.

Her mother had to call five places to find her a bed
If I didn’t shell out a significant amount of money to snag a private room at a decent place, I don’t know what I would have done. It certainly wasn’t fancy by any means, but it was decent and it was safe.

Mental health shouldn’t be a luxury for the rich. It felt like I barely made it in by the skin of my teeth—and I am privileged. Imagine how hard it is with no health insurance or money or resources?

When I was recovering, even the smallest act of kindness was like antiseptic on an open wound, I needed it, but it burned. It burned with shame and guilt. When you forget how to accept love it hurts when you finally do. Sometimes you don’t know just how bad you felt until you start to feel better, and that can be a tough pill to swallow. You start to realize just how much you have been lying to yourself.

She bonded with the other patients
I went into the mess hall to grab some food. I immediately started talking to the girl next to me. We made some silly comment about the dessert and decided to sit together. One of the other patients quickly joined us. I was taken aback by how welcoming everyone was. I was a new recruit, and I could tell that was a big deal and people were curious about me. We went around the table getting to know each other a bit. I remember feeling immediately at ease…

After that, I spent most of my time on the patio smoking. That’s where the patients really get to know each other. We shot the shit, we were brutally honest, but, most of all, we were incredibly loving and empathetic to each other, even when we disagreed or someone lost their shit. We forgave, very easily.

A psychiatrist thanked her for Thirteen
On my last day there, while I was having a cigarette outside on a bench, the psychiatrist who gave me my daily evaluations came over and sat beside me. She asked me how I was feeling and if I was ready to leave. I told her I was scared but that I felt like I was in a better place and ready to do the work I needed to do. At the end of our conversation, she leaned over and said, “Can I tell you something now that you’re leaving? I didn’t want to mention it before.” I said, “Sure.” “When I was in school, I saw the movie Thirteen, and it made me want to get into this line of work to help people. You’re why I’m here.”

Sometimes I feel like a version of me did die that night, but a new me was born. Now my life is in a place I could have only dreamed of because I committed to do the work and I continue that work every day of my life in every step I take.

I’m reminded of the early 2000s, when Angelina Jolie opened up about her mental health struggles, and how she was ostracized for it and painted as unstable. We have a better understanding now but there’s still a long way to go. Stories like Evan’s help people understand that they’re not alone and don’t need to be ashamed. I also appreciate that Evan acknowledges her privilege and understands how much more difficult it can be for people without her means. 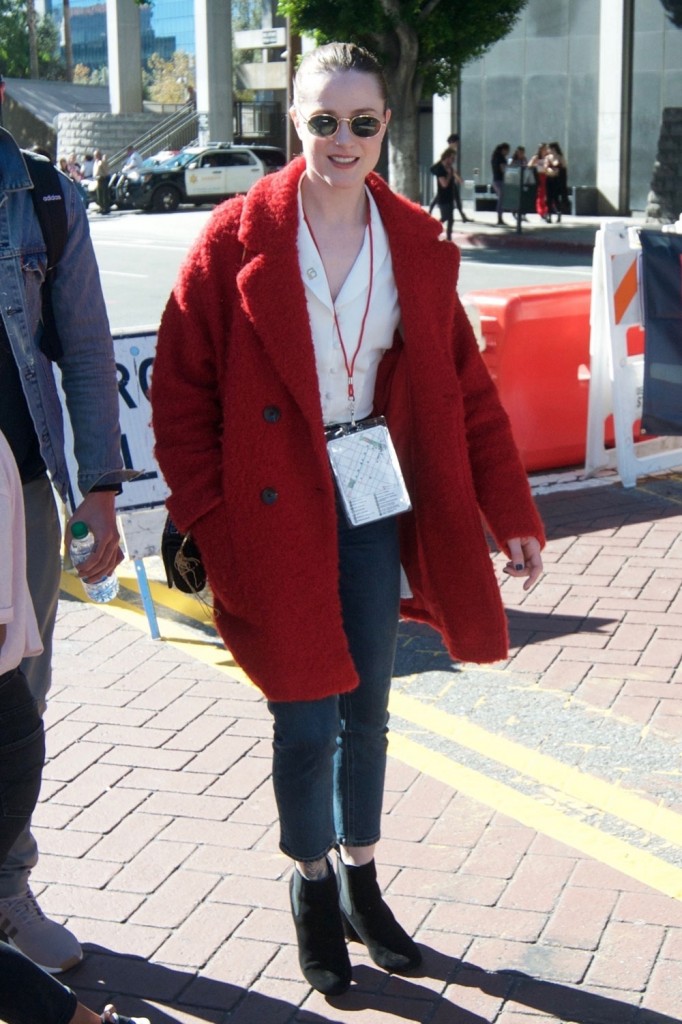 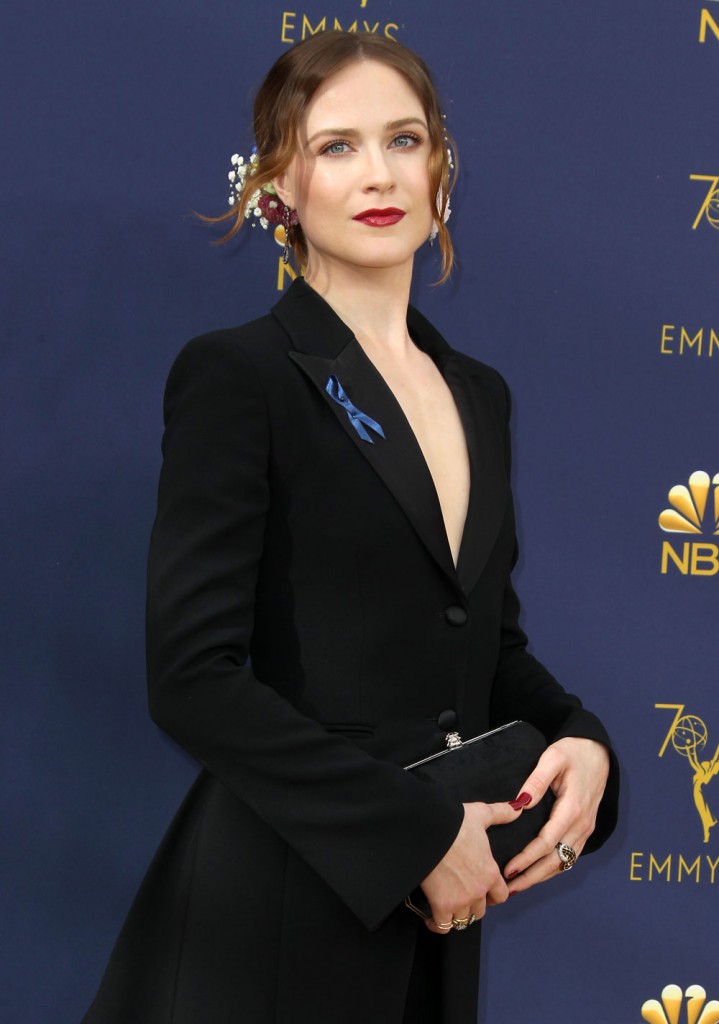 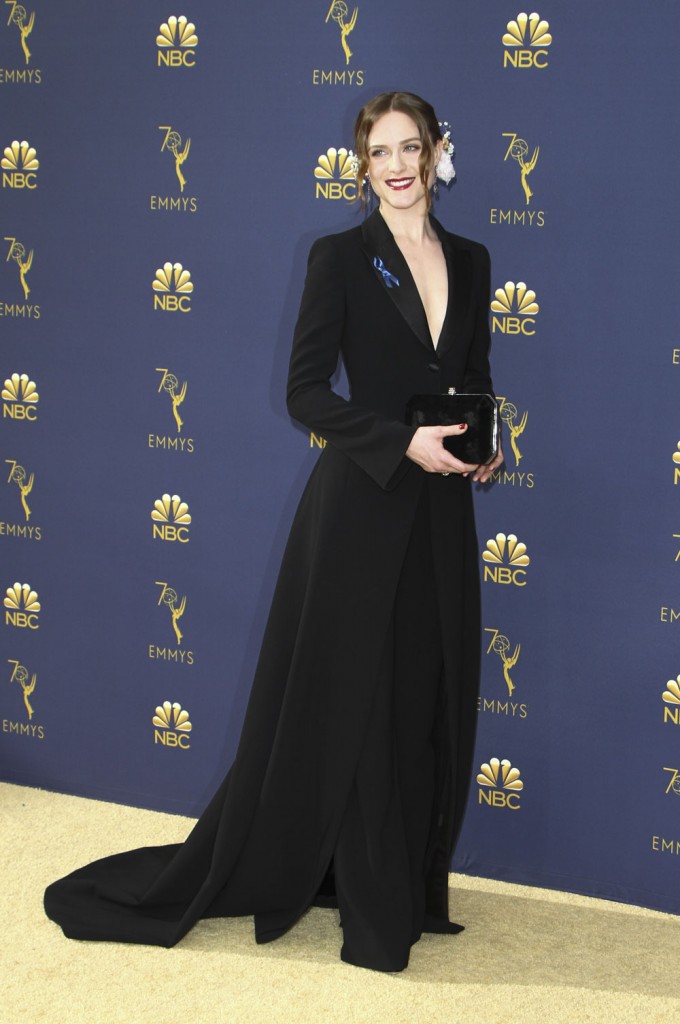 28 Responses to “Evan Rachel Wood on her stay in a mental hospital: ‘The worst, best thing’”