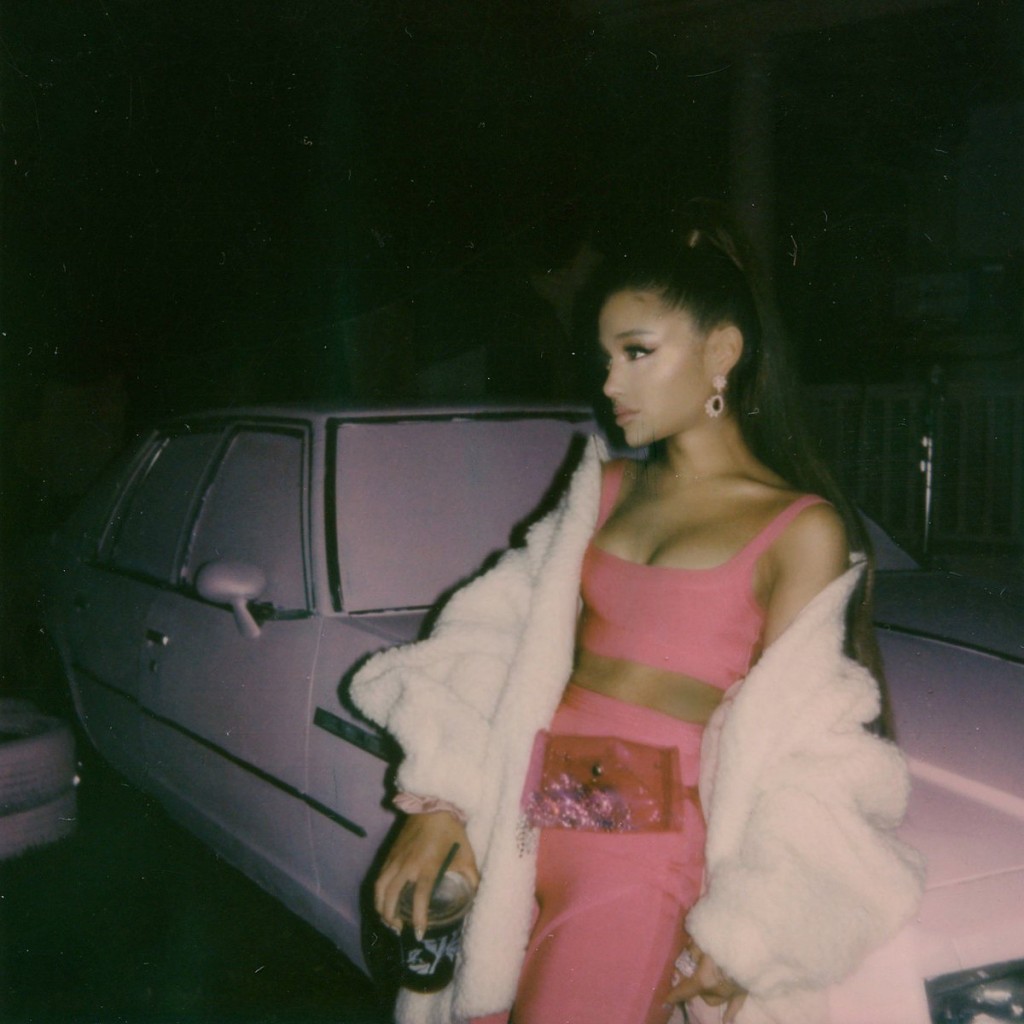 Ariana Grande dropped a hint yesterday about the title of her new single coming out next week. It’s probably called “7 Rings” and people think it’s going to sample Biggie’s “Gimme The Loot” because she also posted a screenshot from the video for it. (NSFW link to that song, radio edit link). The song is fire, but I’m usually not into Biggie’s music. (I love 90s rap but more like The Pharcyde, Pete Rock, Tribe Called Quest, etc.) Here’s her tweet:

I made the title a little click-baity (don’t judge me!) because “7 Rings” will likely be about how she got over the breakup, not necessarily the breakup itself. She tweeted in early December that she went to Tiffany’s with her girls and bought everyone rings, so she’s probably going to make an earworm song about doing that. I’ll surely love it. I’ve listened to thank u, next so many times.

well …………. ‘twas a pretty rough day in nyc. my friends took me to tiffany’s. we had too much champagne. i bought us all rings. 💍 it was very insane and funny. & on the way back to the stu njomza was like ‘bitch, this gotta be a song lol’. so we wrote it that afternoon. https://t.co/CoczmPj1Fo

This is a smart strategy and would be similar to thank u, next in that it’s about her and her reaction, not the event itself. It’s not like she’ll have lyrics about her ex moving on with a hot British cougar, although I would be here for that. I can’t believe it’s already been three months since Ariana and Pete broke up. It doesn’t seem like that long ago (partly because it’s still playing out in the press). That’s also why it’s a bad idea to get engaged and move in together so soon. It’s amazing to meet someone with whom you’re mutually infatuated, but it can backfire when you change your whole life to include them in it immediately. (I’m watching Dirty John now after having listened to the podcast. They put the timeline up on screen, which makes everything seem more ominous. They moved into together after just a few weeks and were married in less than three months.)

Also I forgot she called her mini pig Piggy Smallz! She reminded us with this cute video.