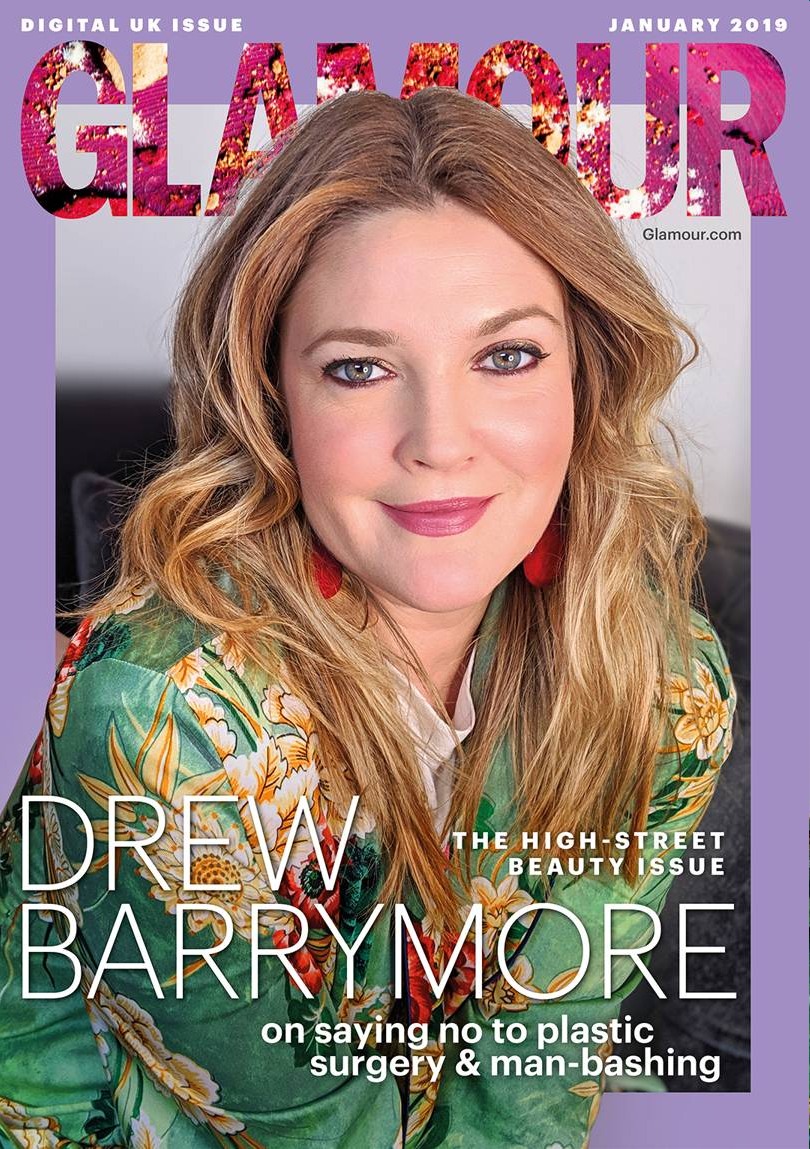 Drew Barrymore covers the digital January issue of Glamour UK. She seems to be promoting her makeup line, although she does have some upcoming projects later on this year. But mostly, Drew is just promoting Drew, and she has no problem saying whatever inane thing comes to mind. I usually think Drew is pretty harmless, albeit not the brightest bulb. I got exhausted with her when she was married to Will Kopelman and her whole vibe changed to some kind of Stepford Wife/Mom. But as I predicted back then, it was all just a phase and she’s reverted back to her flower-child/hippie stand-by personality. She’s 43 years old and she still doesn’t understand the basics of feminism though. So… not so harmless. You can read the full piece here. Some highlights:

She could never do heroin or have plastic surgery: “I have an extremely addictive personality. I’ve never done heroin… and I don’t want to get plastic surgery because I feel like they’re both very slippery slopes. I feel if I try either, I’m going to be dead really soon.”

Natural beauty: “Not messing with my face or chasing some unnatural beauty is a standard I live by. I have dark circles under my eyes. I was at my dermatologist’s recently who said to me, ‘Can I shoot some Juvederm up there? It will raise the skin and it won’t be so sunken, which is causing the darkness to look worse, because it’s lower than the natural light that is hitting it.’ And I went: ‘No, but I’m gonna go home and start highlighting under my eyes, so thank you for the tip!’”

How it’s unusual for a Hollywood actress to not have plastic surgery: “It shouldn’t be. We’ve gone far too far with the whole thing, especially when people who are so young are doing it. I feel ageing is a privilege. It’s about how to do it gracefully, with humour, self-love and a respect for the process, and that’s always been really important to me. Then I started having girls and I thought, thank god these were my initial instincts. Now I can carry them out in an even more deep and profound way.”

Scared of feminism: “I was a bit scared of feminism when I was younger because of all the male bashing. And there are a lot of women’s movements now that I’m apprehensive about, because I don’t want to be viscerally angry at men. I love men. I like keeping both sides in mind. I avoid anything political, where I sense too much anger. It’s just not the way I find messaging to be truly empowering.”

What she wants her daughters to know: “The empowerment to know that girls and women are worthy without wanting to take down the male race…”

Something nice… I think it’s cool that Drew is talking about her dark eye circles, because I can relate. It’s become the thing that bugs me the most about ageing – the dark circles. It sucks. Something not nice… Drew is a 43 year old woman and she still feels the need to publicly “Cool Girl” about feminism. “Sure, I believe in feminism but I LOVE MEN and please mean dark feminists, don’t be so mean to men!!” She believes in a version of feminism which is mostly about appealing to men’s feelings. 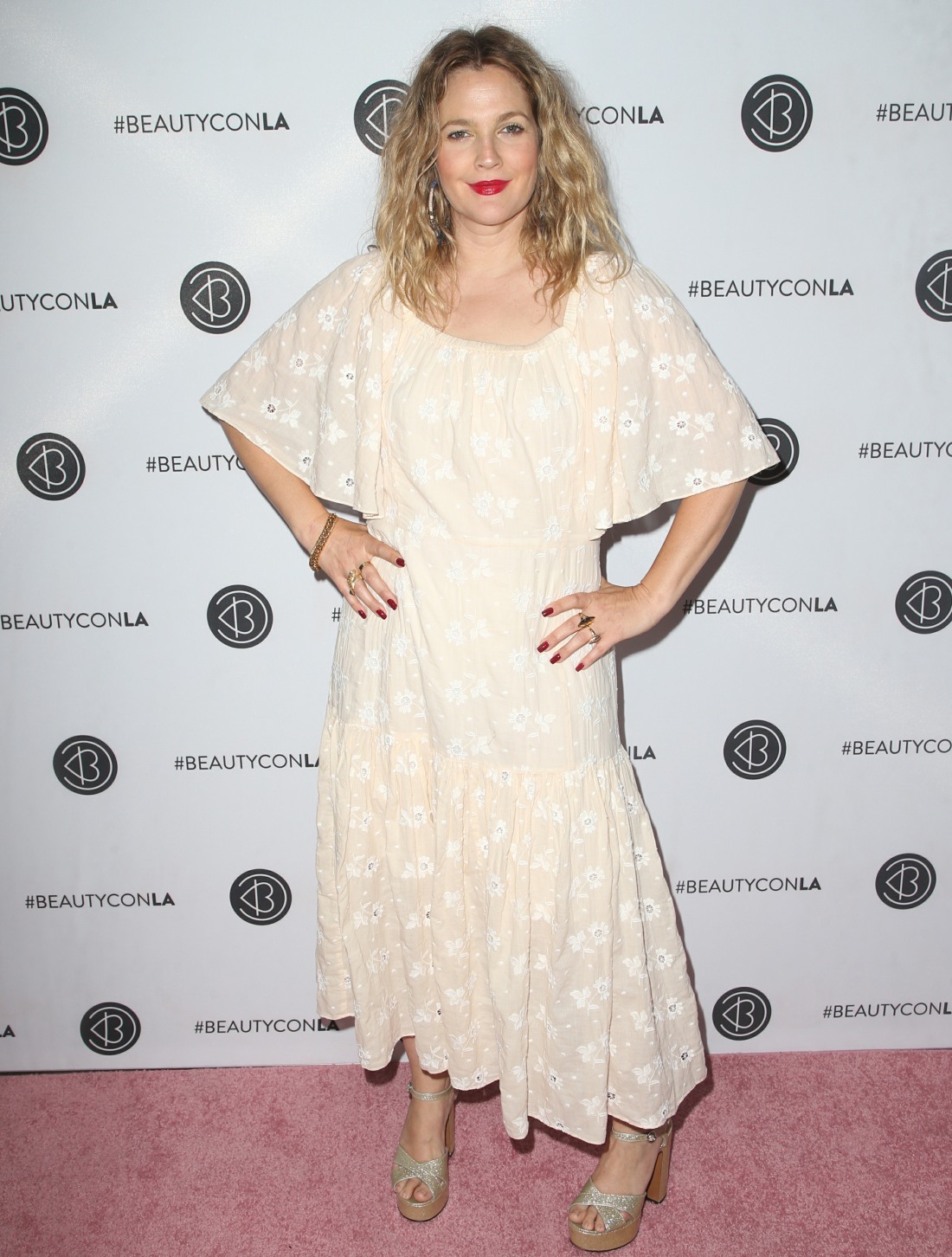