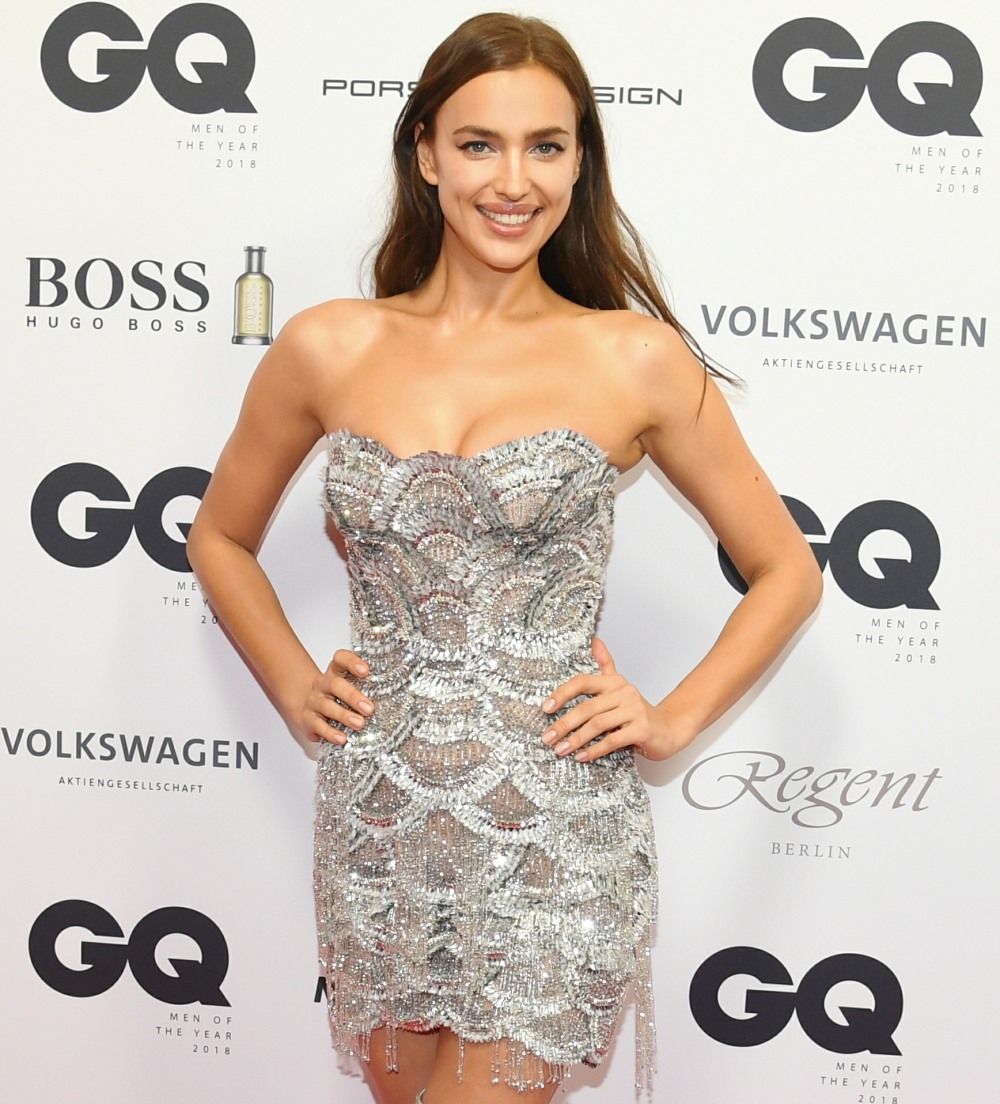 After all this time, I’ve never really gotten a sense of who Irina Shayk really is. I mean, I know what she does and why she’s famous – Russian model, great body, former girlfriend of Cristiano Ronaldo and now the baby-mama of Bradley Cooper – but I’ve never known what she’s really like. I was pleasantly surprised when I read her interview with W Magazine to promote her continuing brand endorsement for Intimissimi lingerie – she comes across as sort of funny, maybe, and she actually comes across as just kind of normal and not really fancy or pretentious? She’s not Gooping it up, so I give her some credit, if we’re setting the bar that low. You can read the full W Magazine piece here. Some highlights:

The idea of sexiness: “We live in the 21st century and with everything that’s going on in the world, people always ask me what it means to be sexy, and sexy is not about wearing a push-up bra and red lipstick and high heels. Every women is sexy in her own way. It’s something that comes from inside of you. You don’t have to go out there and show it—though if you want to go out there and show it, it’s totally fine. When you see a woman dressed in a suit and sneakers, I think she’s sexy. It’s about your character, how you move, how you talk—that’s sexy to me. It’s not about a push-up bra to your neck and you can’t breathe. It’s something more classy and sophisticated and modern.

Whether motherhood changed her confidence: “I always say that being a mom is one of the greatest things in the world. I don’t think it’s changed my life. It did change in a way to make me better. Family is the most important thing in the world.

Whether motherhood changed her style: “No. Not at all. Sometimes [people] will be like, “Oh, she’s a mom and she’s wearing this?” I’m like, “Give me a break, girl.” Again, we live in the 21st century. Just because you are a mom and you have a baby doesn’t mean you have to change and dress different. Keep expressing yourself and who you are.

She’s a bra hoarder: “I have so many bras. But I’m really good at giving them away when I get new ones. My friends always call me. I’ve been so lucky, that I feel like it’s good to give some away. But what’s really funny is I still have one of my first bras that Intimissimi ever gave to me. I think it’s probably eight or nine years old. I still wear it…I have drawers. I keep moving bras from drawers to boxes, and now I have so many boxes. I’ve been giving them away. Some bras are really close to my heart though, so I’ll keep them. I’m like, “Maybe it’s for my daughter.”

Her obsession: “Well, I’m Russian, so I do a Russian sauna at least once or twice a week. It’s different because you get hit by a hot broom, and it opens your pores and cleans your skin. Then you jump in a cold plunge and the difference in temperature makes your skin tighter. It’s a Russian ritual that I’ve been doing since I was a kid. And I don’t believe in facials. I really don’t. I don’t believe in going somewhere and pay someone $300 to rub cream on your face. I believe in facials with machines, like microcurrents, so it’s actually a microcurrent for your face. My latest obsession is in London called FaceGym. They have one in New York, I think. It’s literally the best thing ever. The woman comes and does a workout for your face. When you leave, you really feel like your face is lifted.

She keeps talking about eating cakes, and she’s asked if she bakes those cakes: “No, I’m a really bad cook. I just eat cakes.”

This is maybe the most Russian sentence ever: “It’s different because you get hit by a hot broom.” Was something lost in translation or are people really sitting in saunas and getting hit with hot brooms? Cue twenty people telling me that Russian saunas are the hottest thing ever and why don’t I know about the Hot Broom Technique. You bitches are so gullible!! *insert Russian villain voice* “We will make women come into hot house and we will hit with hot broom hahahaha.” Also: I like her better for not believing in facials. I really do. I also think it’s gross/funny that she would save BRAS for her daughter. 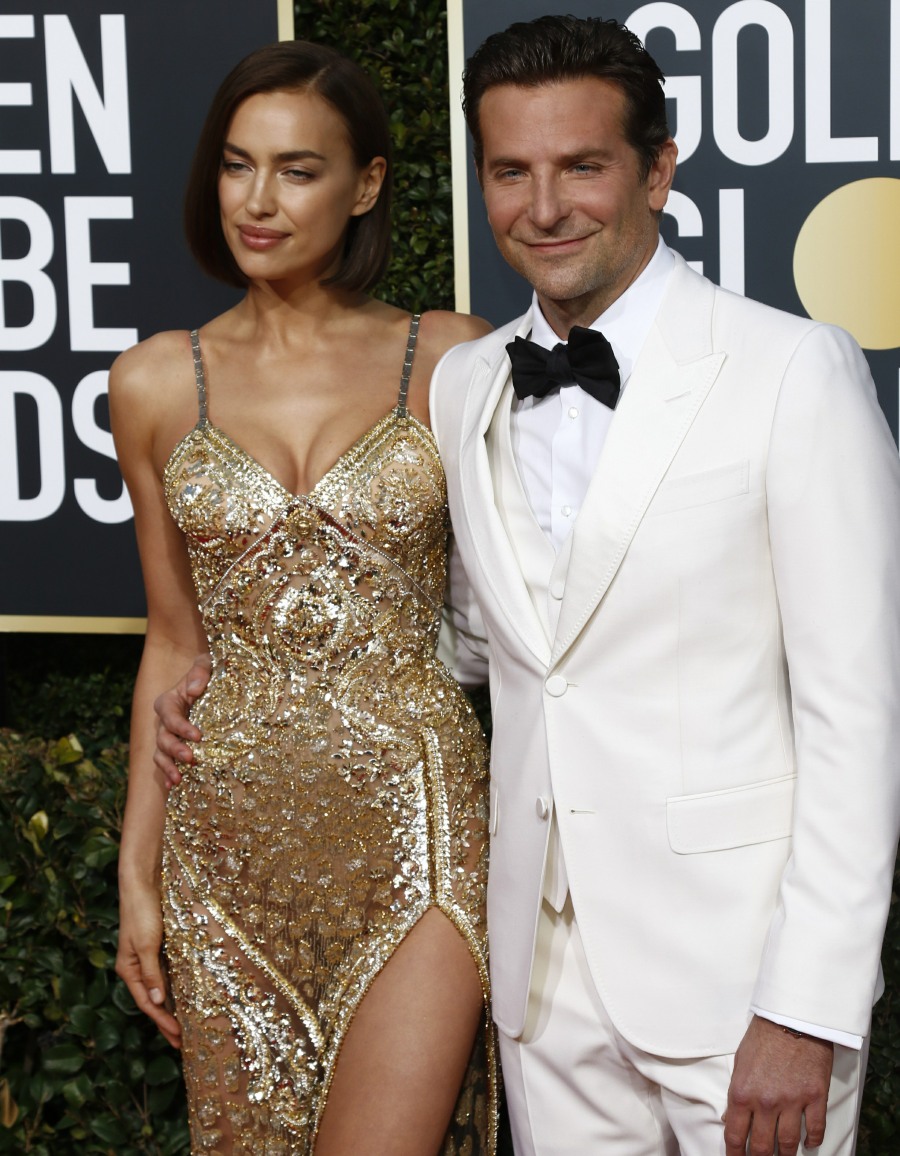