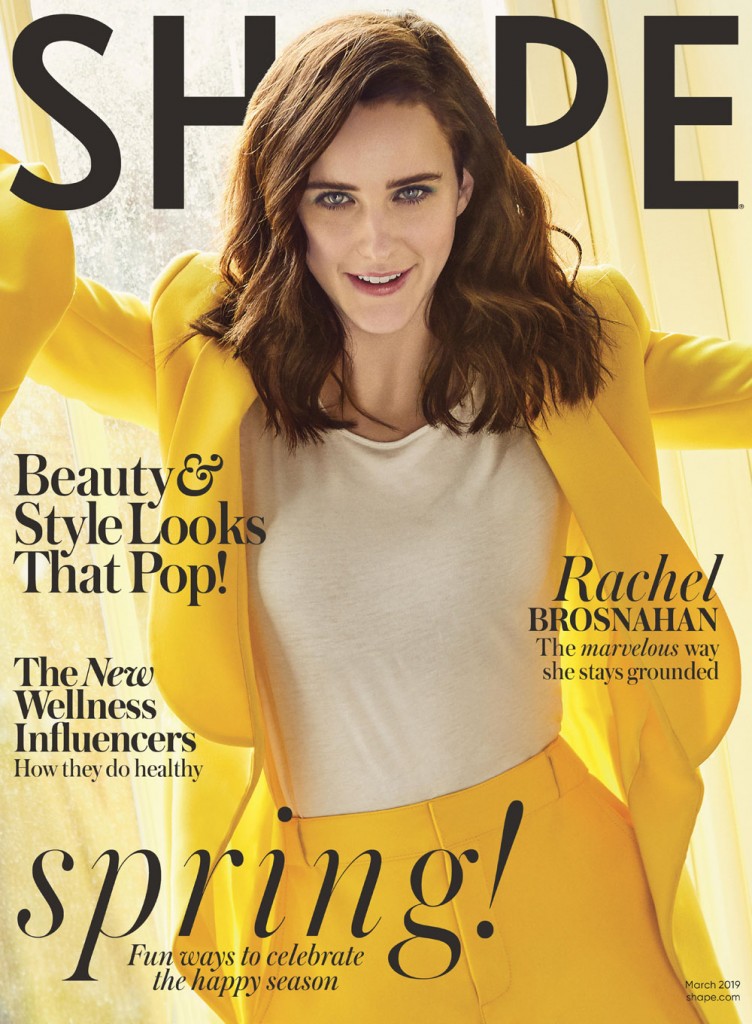 Rachel Brosnahan is covering the latest Shape Magazine. Her face looks bizarrely photoshopped, but the editorial is pretty. They put her in a lot of bright solid colors and it has a very 60s vibe. You can see that here. The interview reads like it was dictated by a publicist in that it’s kind of staid and her quotes are presented without context. It doesn’t specify whether the interviewer met her or if they talked on the phone. She does open up about losing her aunt, Kate Spade, and representing Kate’s brand, Frances Valentine, but it all sounds orchestrated. There is one part, where she claims to have staved off getting sick by drinking bone broth, that interested me.

On exercising
I like to take yoga or Pilates or Spinning. Classes are my preferred method because I have trouble self-motivating. If I’m left to my own devices in a hotel room or in my apartment, I probably will choose an extra hour of sleep. It’s harder to skip a class you’ve signed up for. In truth, my most consistent form of exercise when I’m home is taking really long walks every day with my two dogs.

Her “stay healthy secret”
My stay-healthy secret when I’m working 14- or 15-hour days on Mrs. Maisel is bone broth. For the first season of the show, I was feeling very tired. And because I have a fast metabolism, I felt like I was dropping weight in an unhealthy way. Bone broth has collagen and fat in it, along with all kinds of vitamins and minerals, and I really think it helped me. I was the only person on our set who didn’t get sick that season. I have to credit the bone broth.”

On losing her aunt and working with her aunt’s company
When you lose someone you love [Kate Spade, Rachel's aunt, died last June], you search for ways to commemorate and honor them and keep their memory alive. This past year has obviously been very challenging for my family. Katy inspired me greatly as an artist and a human being, which is why I have partnered with Frances Valentine, the fashion brand she created, to celebrate her life and legacy and the impact that she and her work had on so many people.

It’s mildly annoying when celebrities claim to have some new secret formula for something, but at least she’s not selling or endorsing something. It’s annoying because I assume it’s one of those post hoc fallacies but also because I want to try it. At least this one is cheap and easy to make. Shailene Woodley also swears by bone broth and it’s supposed to have a lot of nutrients so it can’t hurt. As for her approach to exercise, I’m sort-of like that about being more motivated in a workout class. I have also found that this works with YouTube exercise classes though. Like even if the people aren’t in the room with me and I’ve done that workout before I feel like I’m letting them down if I don’t finish.

Her dogs are so cute! 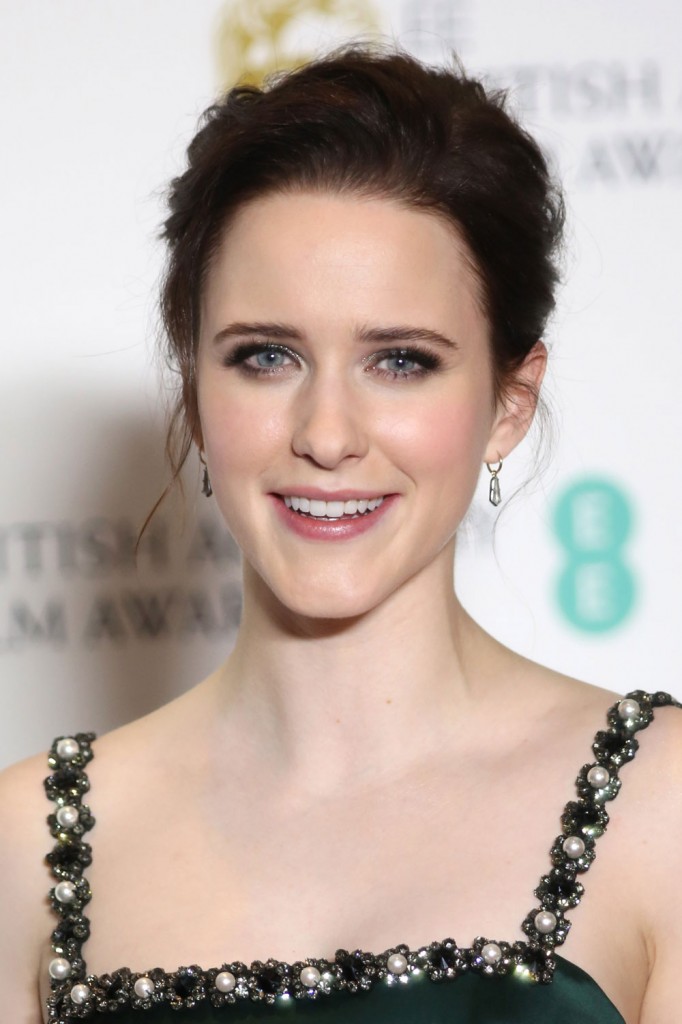 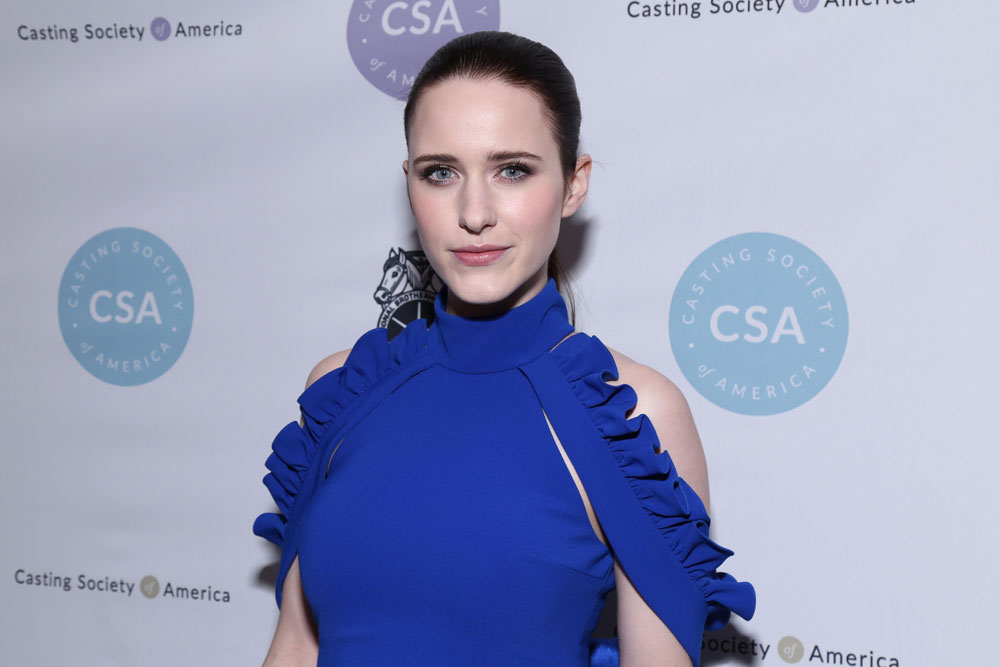