Duchess Meghan didn’t wear pantyhose, so now we have to debate ‘air stockings’ 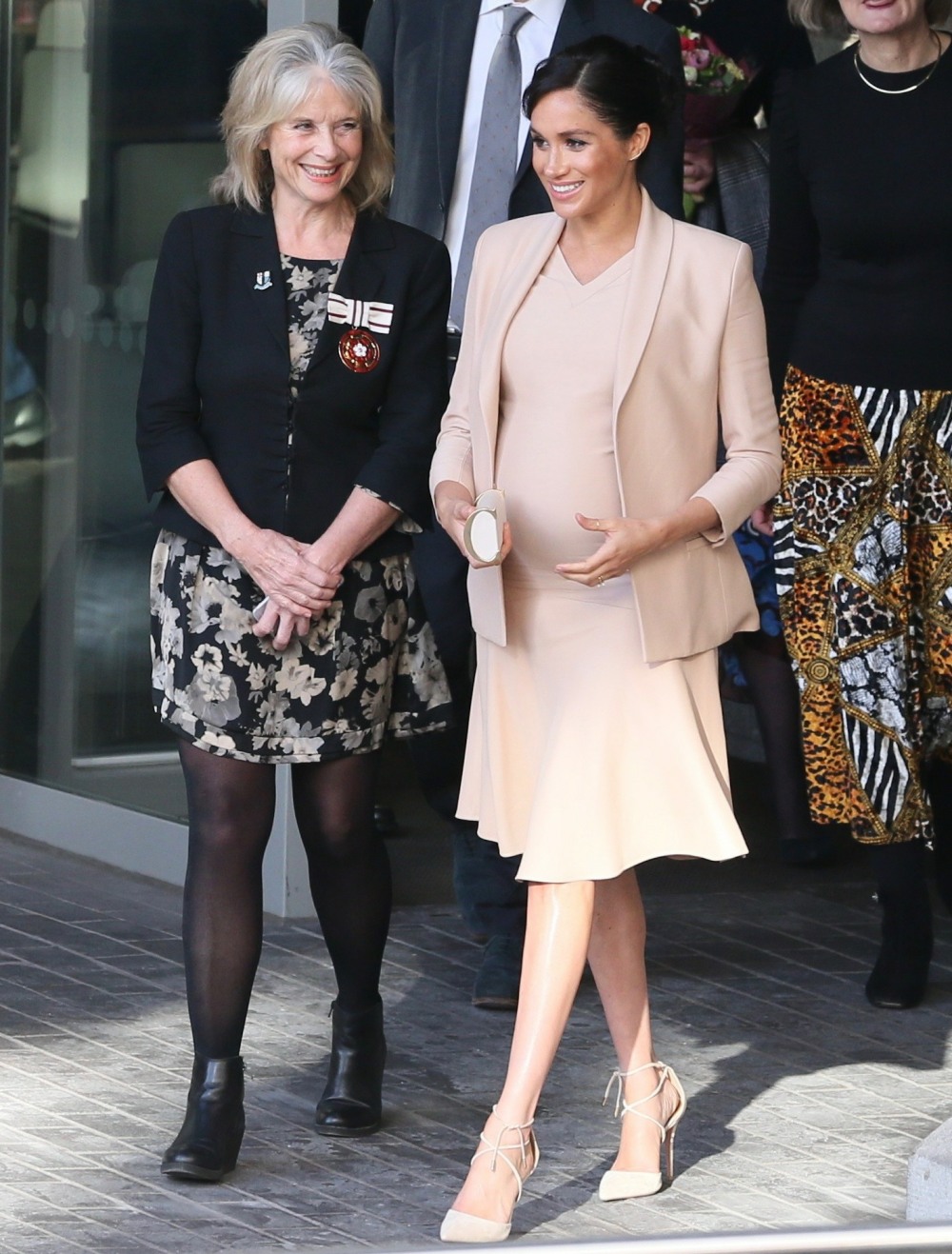 As always, much has been made over the fact that the Duchess of Sussex seems to prefer to avoid pantyhose and tights. When Meghan stepped out for her first official visit to the National Theatre yesterday, the Daily Mail searched and searched for something slyly negative to note and they came up with… her lack of pantyhose. To be fair, it was notable because it’s apparently pretty cold in London this week? That being said, she was only outside briefly. The Daily Mail wrote up this big thing about how Meghan is bare-legged, only they made it into this weirdness:

The Duchess of Sussex opted for head-to-tie peach as she arrived at the national Theatre in London – but it was her rather shiny legs were competing for attention with her outfit. While it’s royal tradition to wear nude tights, Meghan Markle, 37, flashed a rather glossy-pair of pins and seemed to go bare legged.

It was a stark contrast to the flesh-coloured tights she opted for back on 22nd May when she attended Prince Charles’ 70th birthday – her first event as a fully-fledged royal following her marriage to Prince Harry. And according to celebrity make-up Lisa Little today’s shiny look is likely down to using skin-enhancing products that mimic the effect of tights.

‘It looks like Megan has used a product such as Vita Liberata Body Blur, this is a must have product for a superior finish,’ she told Femail. ‘It offers a natural coverage with a slight skin tint to mask any blemishes or imperfections. It contains light reflecting particles, hence why she has a beautiful sheen. I also think she has added a liquid highlighter down the centre of her leg which adds an additional glow.’ The expert added: ‘It is a very similar product to “air stockings”, or spray on tights. They mask imperfections and hydrate the skin, giving a subtle glow.

“Air stockings” are not a thing. It’s called going bare-legged and making sure you put on some lotion. As for why Meghan mostly avoids pantyhose…I have some theories, and those theories revolve around my own experiences too. For one, Meghan probably finds it difficult to find pantyhose in her skin color. I know I do – most regular hosiery brands (and even expensive brands) don’t make hose colors for mixed race women. Or should I say, they do make those colors but they end up looking terrible (or you find a perfect color and the quality is crap). Plus, I think Meghan is probably like me in that she “runs hot.” Some people are perpetually cold, some people are perpetually warm. I’m almost always warm/hot and I would be willing to bet Meg’s the same. Even more so during her pregnancy. Plus, maybe she doesn’t like pregnancy pantyhose? She didn’t want that sh-t to roll down mid-event. Last thing: even though the Daily Mail and other sites like to say that pantyhose is a “royal rule,” several royal women go bare-legged often enough. 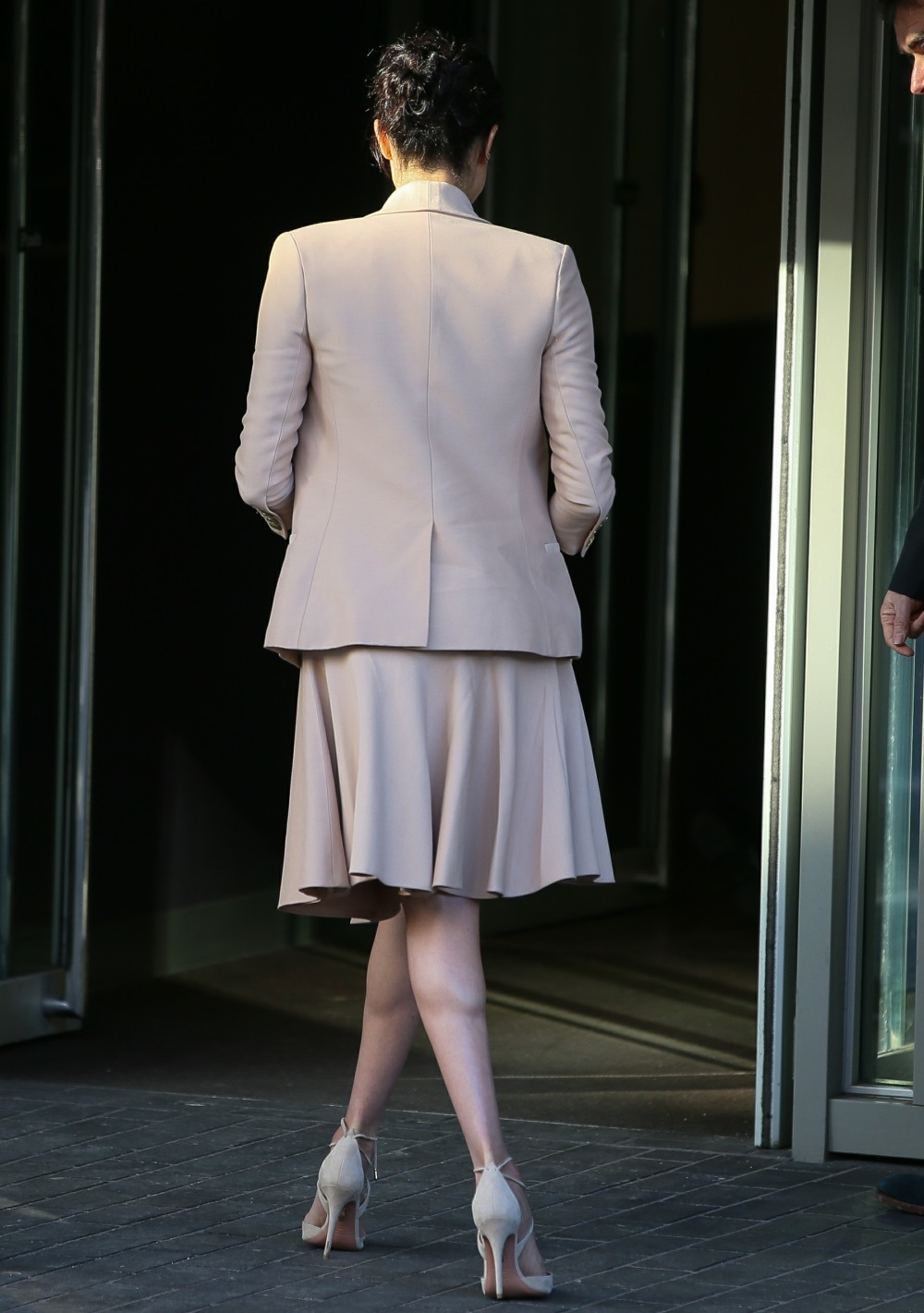 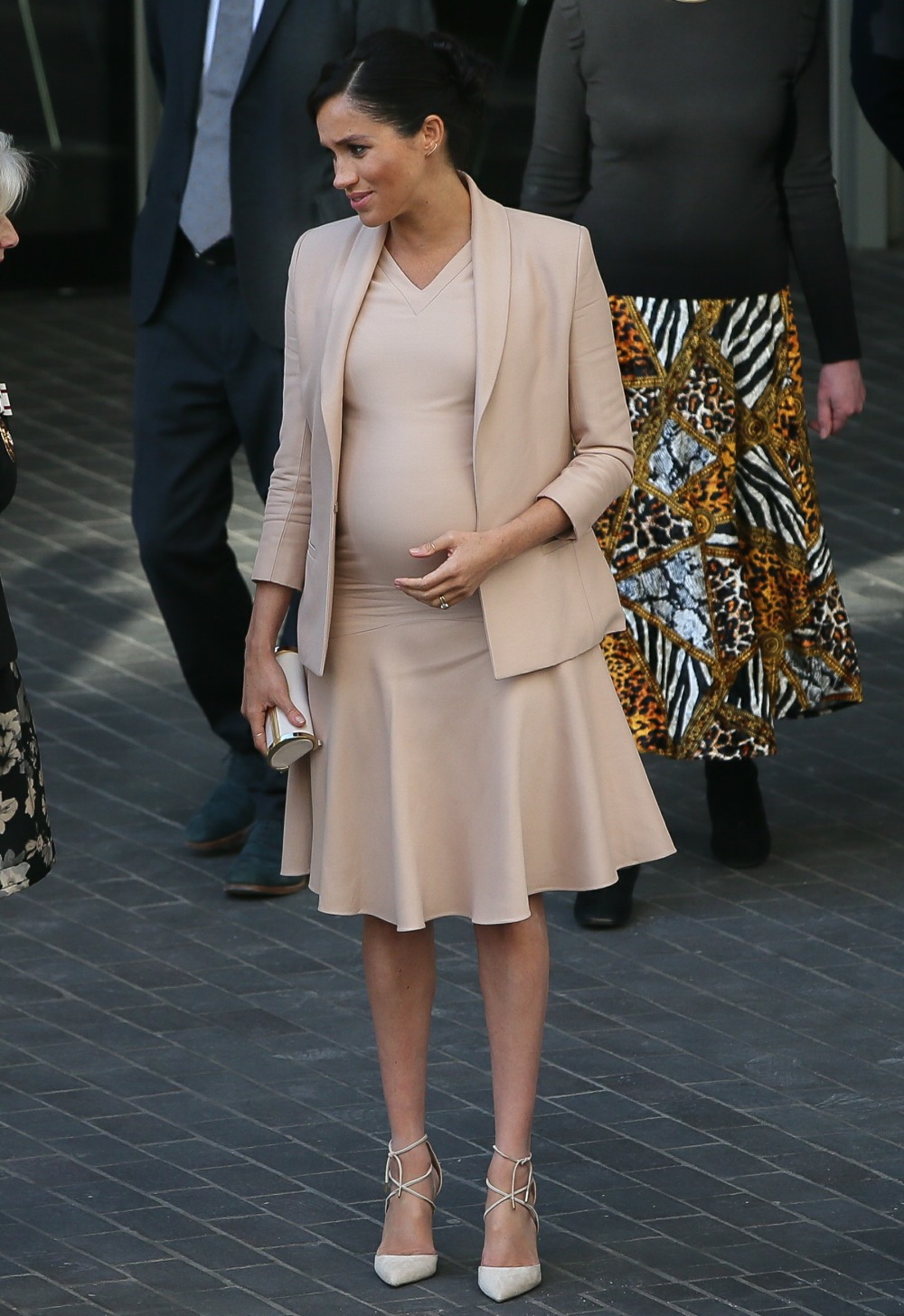 134 Responses to “Duchess Meghan didn’t wear pantyhose, so now we have to debate ‘air stockings’”