Jennifer Farley’s ex responds by playing the victim, because that’s what abusers do 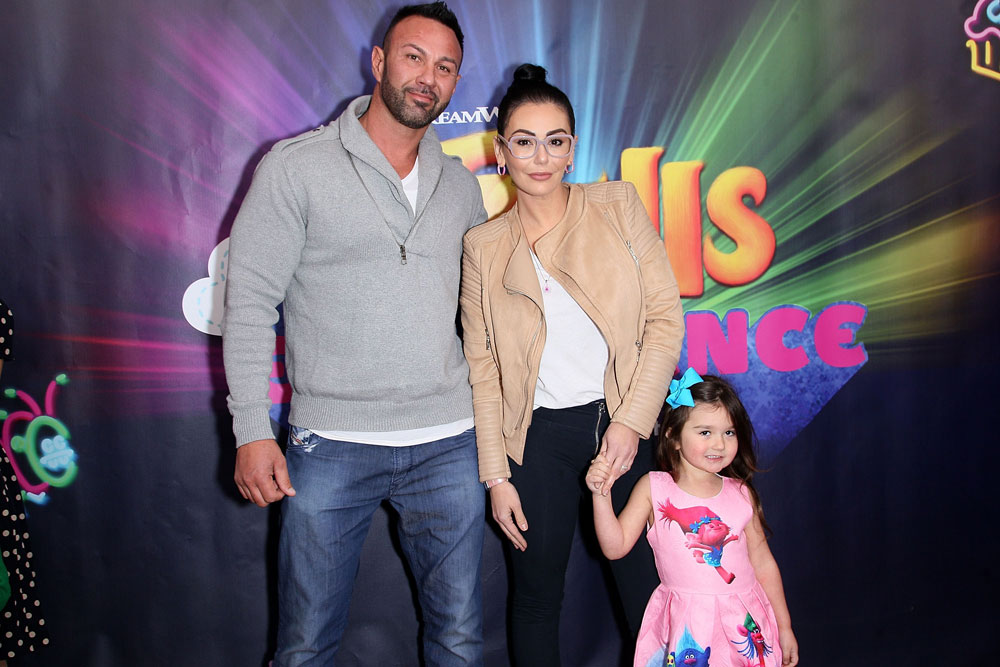 Yesterday we reported on a statement and several videos that Jennifer Farley, JWoww from Jersey Shore, posted on her website detailing years of abuse by her ex, Roger Mathews. It was harrowing and sadly typical. The videos she released showed him abusing her in their kitchen and taunting and mocking her in front of their children. She was upset and yelling at him in one video and he was clearly enjoying it and taping her as “evidence.” Roger has released a video responding to Jenni. Of course he turns it around, plays the victim and claims she’s lying because abusers ALWAYS do that. That’s how they control, abuse and gaslight their victims, by making themselves into the wronged, misunderstood party.

I am not going to report exactly what he says because f-k him. You can read about it on People, or if you have the stomach for it, go watch his video. He calls himself “heartbroken,” and says he’s going to address it in court and that “We’ve proven Jenni and her attorneys to be liars in the past.” Uh huh. He also posted a long legal rant from his attorneys attacking Jenni and claiming that her story is “fictitious, defamatory” and exploitative of “victims of domestic violence and abuse, which include men and women.” Dude, your client is on tape abusing her. There is no gray area there. Plus they mock her for doing sponcons for her job, with the insinuation that she’s doing this for publicity. It’s despicable.

Here are a couple of passages from the book I mentioned yesterday, Why Does He Do That?: Inside the Minds of Angry and Controlling Men by Lundy Bancroft.

The abuser’s highly entitled perceptual system causes him to mentally reverse aggression and self-defense. When Tanya attempted to defend herself against Emile’s life-threatening attack, he defined her actions as violence toward him. When he then injured her further, he claimed he was defending himself against her abuse. The lens of entitlement the abuser holds over his eye stands everything on its head, like the reflection in a spoon…

One of my areas of specialization is court-related work involving abusers who are physically violent or who abuse their children. I frequently encounter court personnel who say: “Well, she accuses him of abusing her, but he denies it.” They then drop the matter, as if the man’s denial closes the case. They also tell me: “He says she does the same things to him, so I guess they abuse each other.” This kind of denial and cross-accusation tells us nothing about whether the woman is telling the truth. If the man is abusive, of course he is going to deny it, partly to protect himself and partly because his perceptions are distorted. If he were ready to accept responsibility for his actions in relationships, he wouldn’t be abusive.

[From Why Does He Do That, Inside The Minds of Angry and Abusive Men by Lundy Bancroft]

Jenni Farley’s ex is an abuser and he’s continuing to behave like one. I really hope that they get a judge who sees through the lies and manipulation of abusers and that all of Roger’s custody visits are supervised by a court monitor.

35 Responses to “Jennifer Farley’s ex responds by playing the victim, because that’s what abusers do”