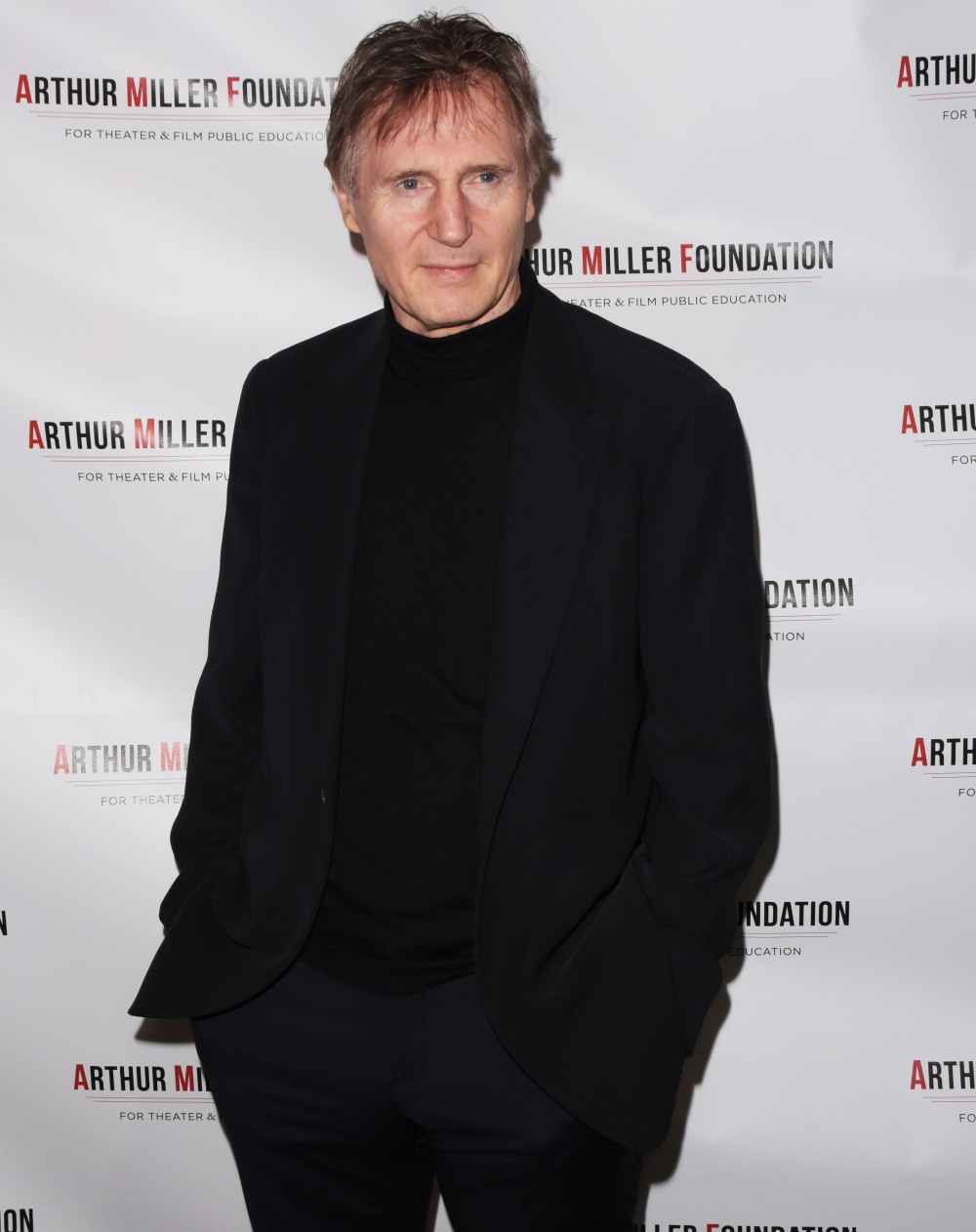 Liam Neeson is currently promoting Cold Pursuit, his latest “revenge movie,” wherein he plays a character who goes on some kind of violent killing spree after someone close to him is killed or hurt or kidnapped. It’s a whole genre and Liam has been riding it hard for a decade. It’s weird that it’s only now, after doing a dozen of these kinds of revenge movies, that he’s only decided at this moment to reveal his own brush with real-life revenge violence. Liam was doing a junket interview with The Independent and he shared a terrible story about how, when he was much younger, he spent days hunting for any black man to hurt or maim or kill. I sh-t you not.

“There’s something primal – God forbid you’ve ever had a member of your family hurt under criminal conditions,” he begins, hesitantly but thoughtfully. “I’ll tell you a story. This is true.” It was some time ago. Neeson had just come back from overseas to find out about the rape. “She handled the situation of the rape in the most extraordinary way,” Neeson says. “But my immediate reaction was…” There’s a pause. “I asked, did she know who it was? No. What colour were they? She said it was a black person. I went up and down areas with a cosh, hoping I’d be approached by somebody – I’m ashamed to say that – and I did it for maybe a week, hoping some [Neeson gestures air quotes with his fingers] ‘black bastard’ would come out of a pub and have a go at me about something, you know? So that I could,” another pause, “kill him.”

Neeson clearly knows what he’s saying, and how shocking it is, how appalling. “It took me a week, maybe a week and a half, to go through that. She would say, ‘Where are you going?’ and I would say, ‘I’m just going out for a walk.’ You know? ‘What’s wrong?’ ‘No no, nothing’s wrong.’”

He deliberately withholds details to protect the identity of the victim. “It was horrible, horrible, when I think back, that I did that,” he says. “And I’ve never admitted that, and I’m saying it to a journalist. God forbid.”

“It’s awful,” Neeson continues, a tremble in his breath. “But I did learn a lesson from it, when I eventually thought, ‘What the f–k are you doing,’ you know? I come from a society – I grew up in Northern Ireland in the Troubles – and, you know, I knew a couple of guys that died on hunger strike, and I had acquaintances who were very caught up in the Troubles, and I understand that need for revenge, but it just leads to more revenge, to more killing and more killing, and Northern Ireland’s proof of that. All this stuff that’s happening in the world, the violence, is proof of that, you know. But that primal need, I understand.”

There are several levels of discomfort and awfulness. One is that… even now, Liam seems to think this story is just about how awful it is that he was so bloody-thirsty and hungry for revenge in general, not that he was also being racist AF? Two, of course it begs the question… would he have been so blood-thirsty if the rapist was a white guy? Would Liam have gone out every night and hunted for any random white dude to kill? I guess I should note that in Liam’s telling, nothing ever came of it and it’s difficult to get completely upset about someone merely *thinking* about racist revenge violence. But it’s still appalling. And it’s strange that he tells this story in this way and doesn’t really offer better context? I don’t know. 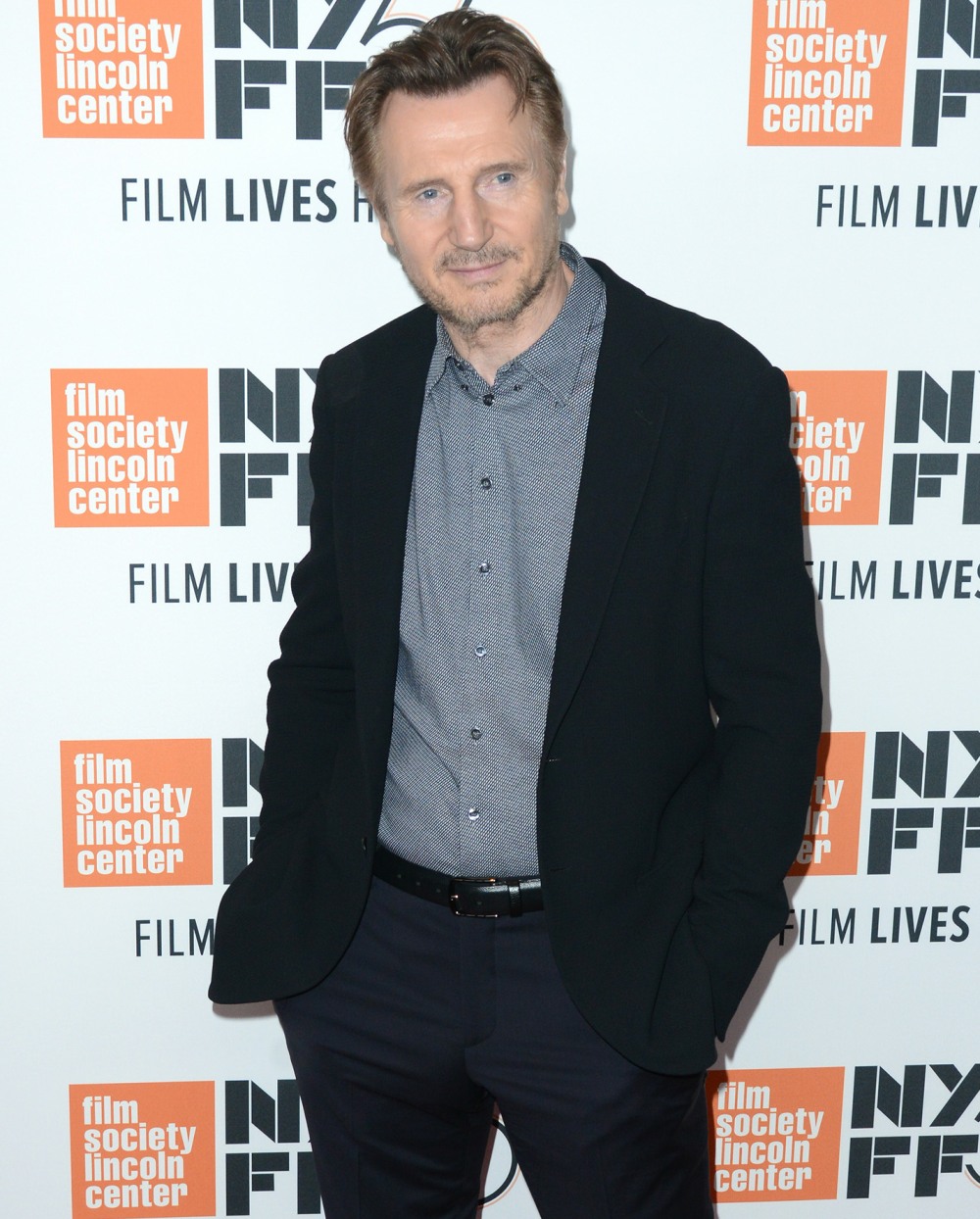