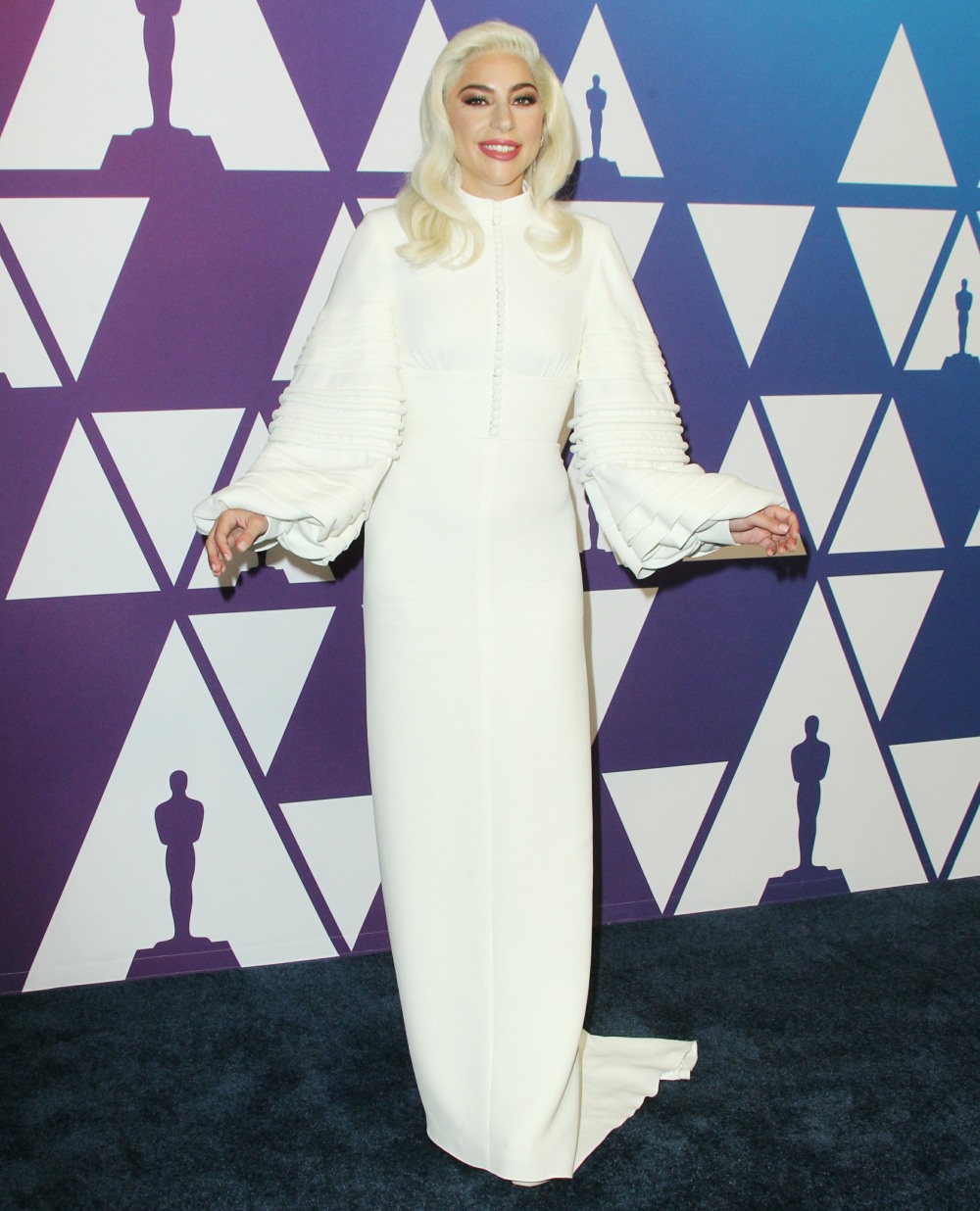 Here are some photos of Lady Gaga at the Oscar Nominees Luncheon yesterday, and some photos of Bradley Cooper at the Directors Guild Awards over the weekend. Style note: Gaga’s white dress is Louis Vuitton, and it’s not great. It IS conservative, which is probably the point. Oscar-nominated Gaga wants to show the Academy that she’s not all about meat dresses and drama. She can be “establishment” and “conservative” too. I also have to keep reminding myself that Gaga is ONLY 32 years old. She’s wandering around the Oscar luncheon looking like Norma Desmond just to get those old farts to like her and vote for her.

Anyway, I don’t have some huge gossip story to go along with these photos, I just wanted to make some general remarks about the journey Gaga and Bradley Cooper have been through over the past six months. Back in August/September, everyone said that they would be the Oscar frontrunners and favorites. Now that it’s February and we’re in the last stretch of Oscar voting, I’m not even sure that they’ll win Best Song. For sure, that’s their only shot at any Oscar. Gaga’s Best Actress hopes were dashed by Glenn Close’s stellar performance in The Wife, and the Academy didn’t even like A Star Is Born enough to give Bradley a director nom. Speaking of, Bradley didn’t win anything at the DGAs, where he was nominated for Best Feature and Best First Feature. He lost both, to Alfonso Cuaron (Roma) and Bo Burnham (Eighth Grade) respectively.

All of which to say… I understand why B-Coop and Gaga keep getting “snubbed” for everything. A Star Is Born never deserved to be an Oscar frontrunner, which CB and I discussed in this week’s Gossip With Celebitchy podcast. It was always a middling film with a bad script. Still, I feel sorry for Gaga. She’s brightened up the Oscar season and I do hope that she and Bradley win Best Song for “Shallow.” 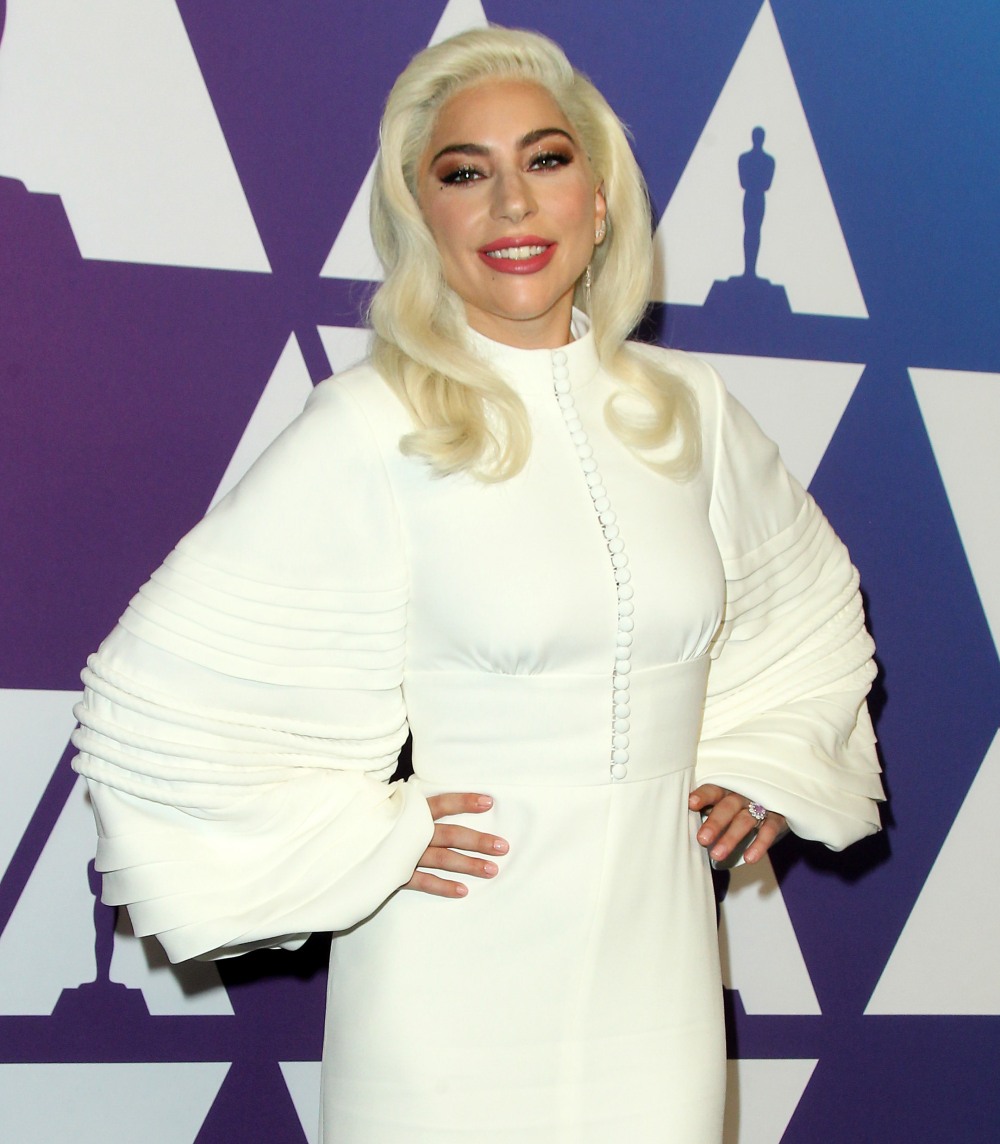 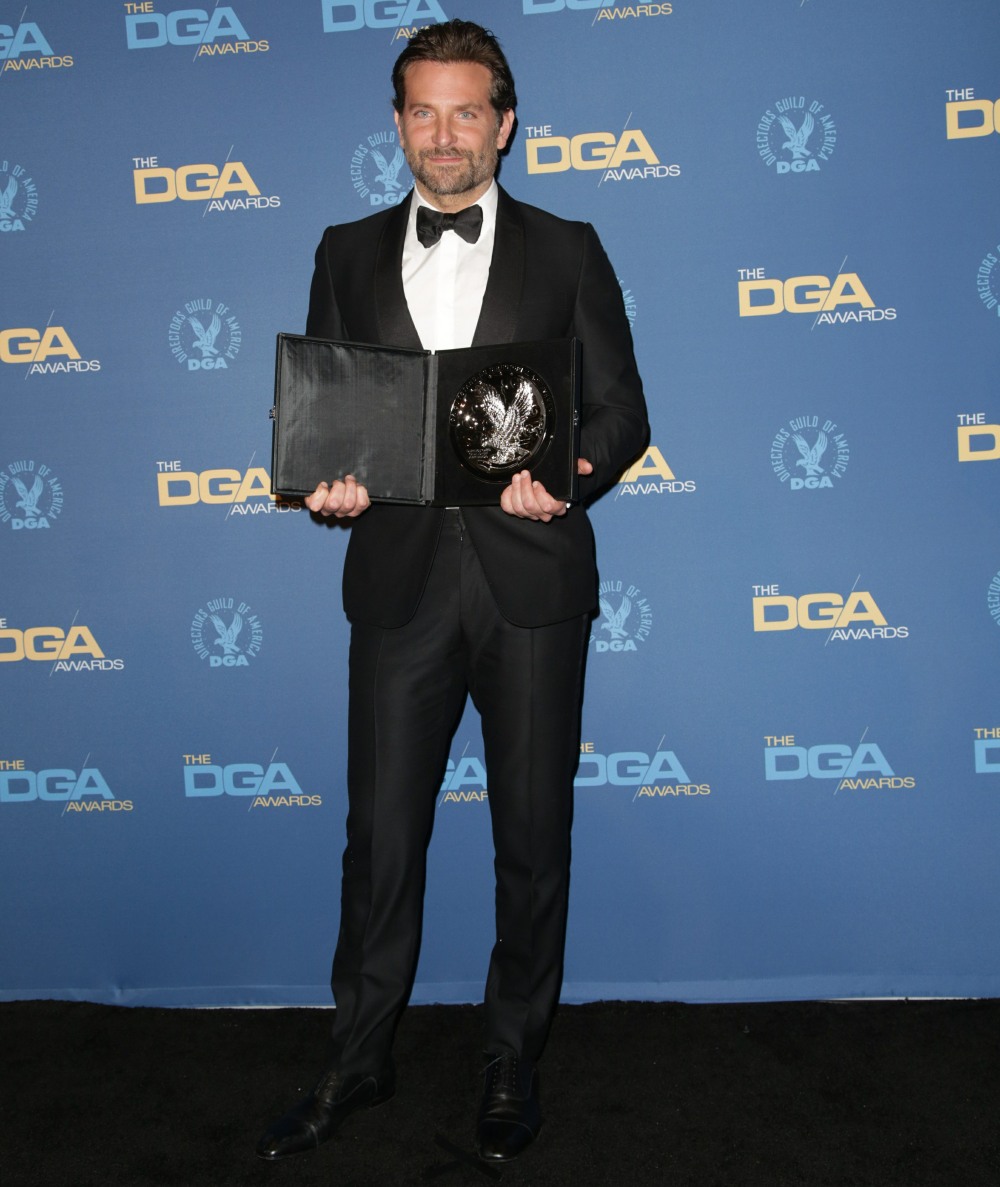