Tori Spelling confirms 90210 reboot, was anyone asking for this? 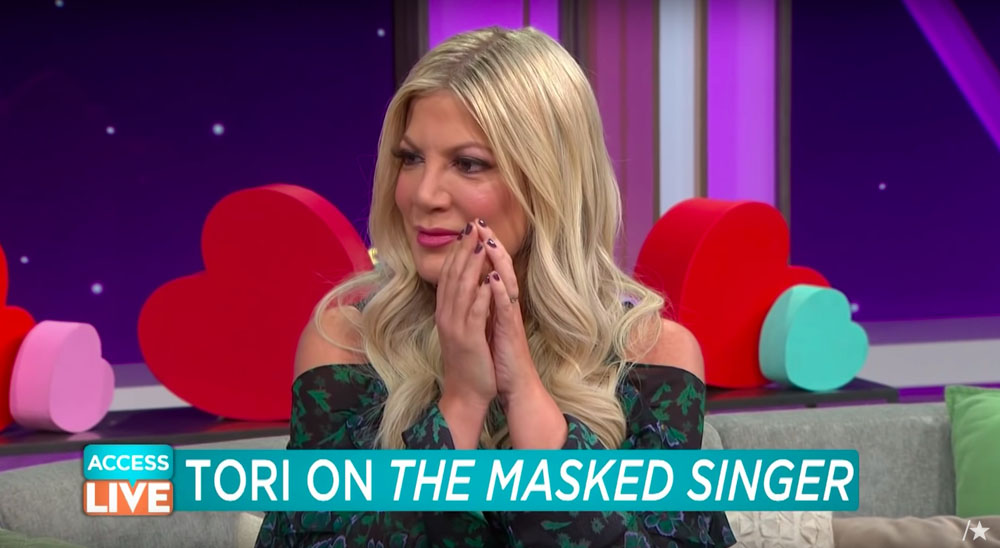 The original Beverly Hills, 90210 went on long past its expiration date. I distinctly remember seeing the farewell episode in the year 2000 and thinking “my God is this show still on?” (My friend insisted on watching it when I was over her place or I never would have noticed.) That wasn’t even the end of that stupid show after 10 years. There was already a reboot from 2008 to 2013 on The CW called just 90210 featuring new cast including Shenae Grimes, Jessica Stroup and AnnaLynne McCord, with appearances by the original cast. Well now yet another reboot is happening. Tori Spelling confirmed that a reboot is happening featuring the original cast.

Tori Spelling, who starred in the original ’90s series, confirmed the exciting news on Access on Friday, when she said, “did I just confirm something that wasn’t known?”

“We were having coffee in between meetings with networks,” Spelling, 45, explained about a recent paparazzi photo of the cast. “It’s confirmed. We’re doing a new 90210.”

She explained that the reboot, if picked up by a network, will bring “the OG crew back together and we’re playing heightened versions of ourselves. The fans will be pleasantly surprised, though, because we will intercut that with scenes from the show. So it’ll be a whole ensemble cast playing a heightened version of themselves. Almost everybody.”

While the majority of the cast will be returning for the revival, Luke Perry (Dylan McKay) “will do as many [episodes] as he can do,” according to Spelling, as he currently stars on Riverdale.

[From EW via Dlisted]

We want reboots of these shows no one loved like we want pancakes reheated in the microwave a week after they’re made. Of course the cast wants a revival because Sharknado is ending and they need some dough. Does this mean that Tori is going to pay her creditors? Doubtful, but you can see the visions of luxury goods behind her crazy eyes. Also, notice how Tori is trying to get Shannen Doherty interested. Remember how Tori claimed in her book that Shannen and Jennie Garth got in a fist fight on set and then Shannen and Jennie denied that? Shannen had some words for Tori, saying, “a vast majority of it is incredibly exaggerated” and “In 27 years of acting I’ve never sold out one of my cast members.” So I bet Shannen is wisely staying away from this mess.

If this is really happening, why is Tori the one telling the press about it and why are there no Instagram photos with Tori and Jennie? (Tori and Ian Ziering did bring their families together a couple of weeks ago.)

I’ve heard that Tori was on The Masked Singer and that she was decent on that, but as I mentioned yesterday I don’t watch that. Maybe I will start though.

Here’s the interview. Tori acted like the paparazzi just happened to catch them out after the meeting. Also she said that Adam Levine performed at the Peach Pit 20 years ago. That seems fitting.

51 Responses to “Tori Spelling confirms 90210 reboot, was anyone asking for this?”