Kendall Jenner: ‘I’ve cried endlessly for days because of things people have said to me’ 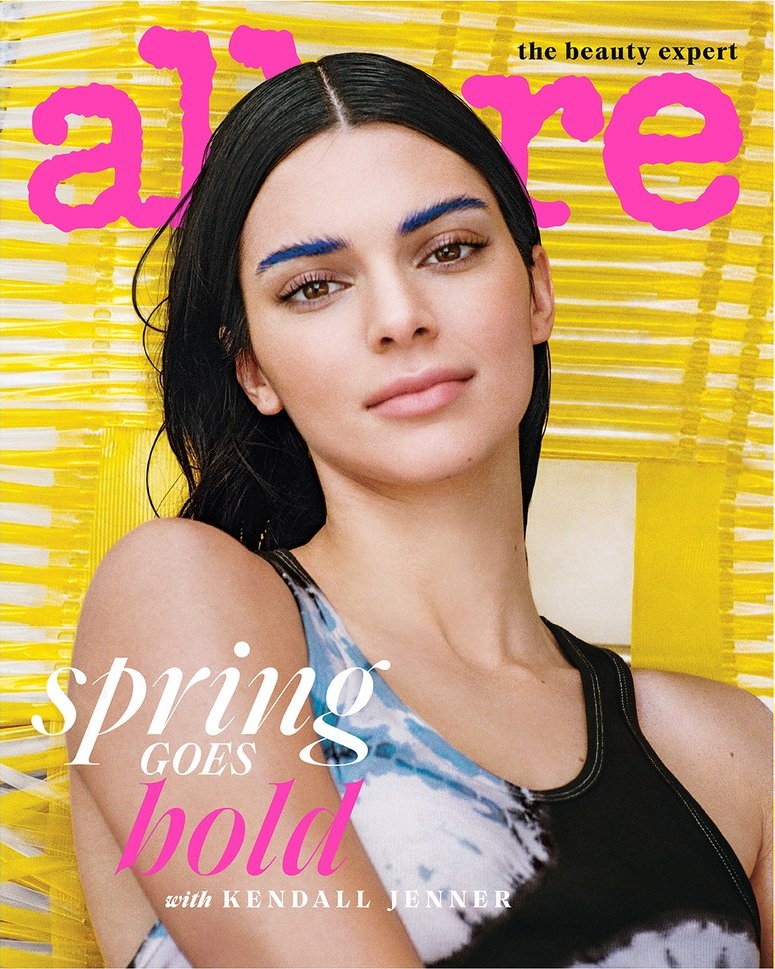 Kendall Jenner covers the March issue of Allure, to promote…her Proactiv endorsement, I think. Allure does these kinds of cover interviews all the time, where they get celebrities to label-drop all of the skincare and makeup products they use, sort of like high-level magazine sponcon. That’s what Kendall’s Q&A feels like, sponcon. Kendall became the latest face of Proactiv this year, after a lot of drama about how she had been “bullied” about her “acne.” Maybe I completely blanked on all of that, but to my recollection, Kendall stepped out once with some zits, a few people on Twitter were like “whoa, you get zits?” and BAM, now Kendall has a multi-million-dollar contract with Proactiv. Anyway, I’m bored of Kendall already, but if you want to read the full piece, go here. Some highlights:

The manicure she wants to try next: “So there’s one that’s like cow print. I know that sounds really weird but it’s actually really cool. So we’ll see if that happens any time soon.

What she’s learned from her makeup artist Mary Phillips: “I die for Mary! She is a genius at contouring and making your face look alive and fresh and glowy. We actually collabed on this highlighter trick. We combine a creamy highlighter with the powder highlighter on top just to make me extra highlighter-y, we’re glowing over here. I think that skin is half the battle when it comes to doing makeup, maybe this relates to me having skin issues occasionally. Like, if your skin isn’t on point then it doesn’t really matter what eye you have, you know what I mean?

Her skincare routine: “I always wash my face in the morning and at night. I have an obsession with keeping my face clean and feeling clean. I use ProactivMD which is basically a face wash, and then an acne fighting advanced retinoid, which is new for them and something that’s never been sold over the counter before, and then a moisturizer with some SPF in it.

Her biggest skincare worry: “I’ve always struggled with a bit of acne since I was around 14. It killed a lot of self-esteem and I had to really work past that. It started clearing up for me probably when I was 17 [when] I was modeling a lot, then it all kind of came back when I was about 21 again — really bad, and that’s not a nice feeling. I get really easily stressed out, but there’s obviously a lot of factors to it. It’s a fact that, as women, our bodies change, so that includes hormonally and everything, so for me, I might just be in that cycle. I’ve had an ongoing battle with it, so it’s a constant thing for me, but I’m in a good place right now, which is awesome.

People commenting about her skin online: “I mean, it’s something that I look at myself in the mirror every day and see. Like, I don’t want it there, but you have to deal with what you have right in front of you, and I had to deal with it, and it was probably a once in a lifetime thing for me to go to the Golden Globes (in 2018). I don’t know if I’ll ever go again, ’cause that’s not usually my event to go to, you know? And so I went and I was super excited about it, and I’m not gonna let something so little (and big) as acne stop me. I was feeling good about myself, and then when people say mean things I’m like, “I know I have a zit. I know I’m breaking out. You guys don’t have to keep pointing it out. I obviously see that, but let me live.”

She’s cried: “I have cried endlessly for days because of things people have said to me, and I’ve had to become stronger through it. I mean, don’t get me wrong: I am not superhuman. I definitely feel, and the things people say online are very hurtful. You also just have to live your life and not pay attention to it. I think it can get pretty unhealthy if you really are deep in it and paying attention to it all the time. I think that that’s what can really mess you up.”

There’s also a lengthy section in the piece where she talks about her panic attacks and how she’s learned to deal with them, by meditating and self-caring and working less. It reminded me of the issue Kendall had last year, when she basically sneered at regular ol’ working models for taking whatever runway work they could get. I’m not saying that Kendall doesn’t feel the things she feels – she seems particularly sensitive about her skin, and I believe that she was having panic attacks. But it also feels like… Kendall needs to get out of her own head? Or out of her own ass, whichever works. She chose to go to the Golden Globes last year and she’s basically still upset that everyone didn’t kiss her ass and tell her that she looked perfect. That’s it. That’s her big struggle.

Photo and cover courtesy of Allure.

58 Responses to “Kendall Jenner: ‘I’ve cried endlessly for days because of things people have said to me’”