Margot Robbie in bejeweled Chanel at the BAFTAs: gorgeous or overworked? 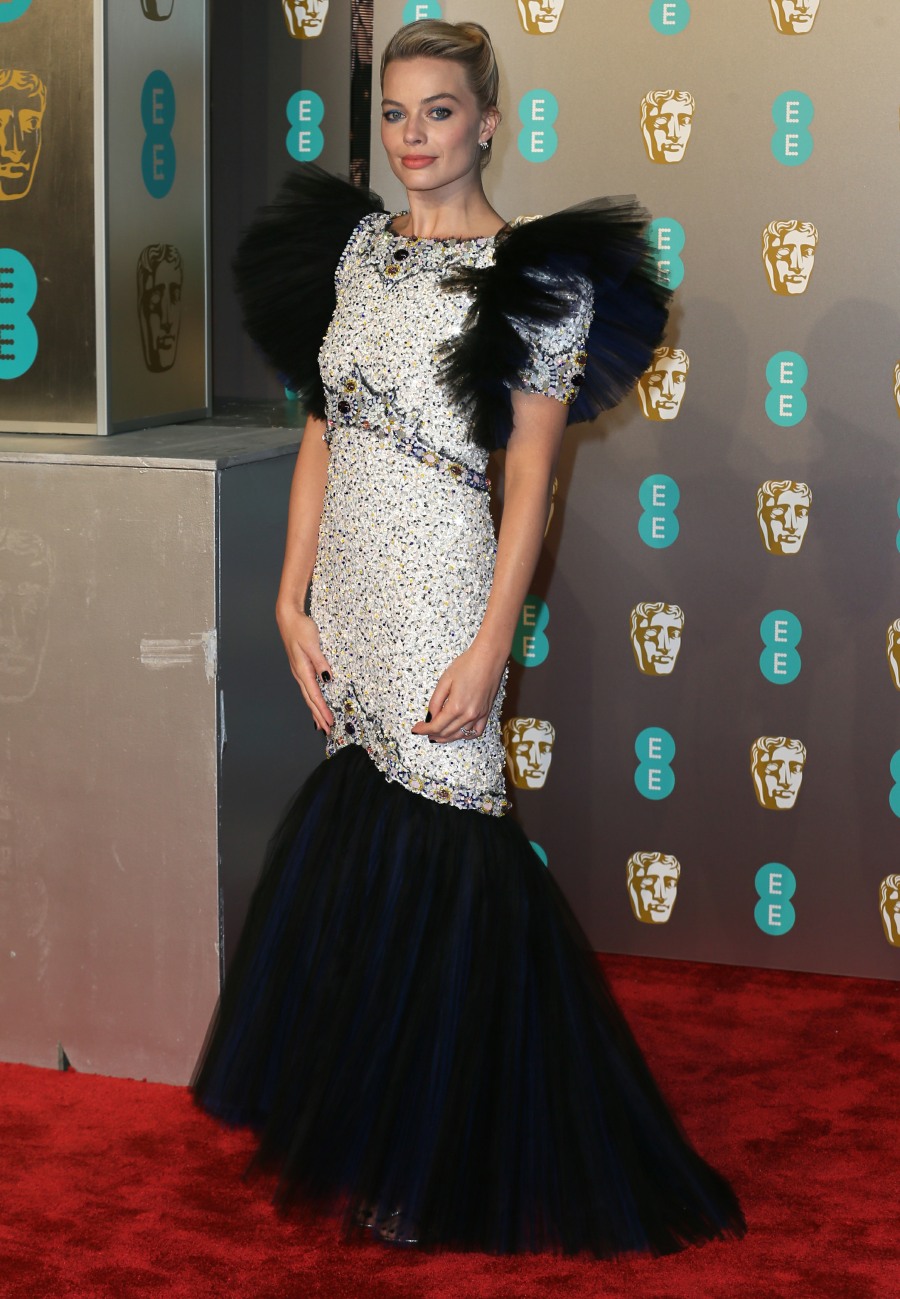 Margot Robbie is beloved in the British press. I mean, she’s well-liked everywhere and she gets good press here in America too, but the British press really seems to treat her like one of their own for some reason, possibly because she married an Englishman? Maybe that’s it. So Margot is their honorary Brit, and they give her a rock star reception whenever she does anything in England. She’s nominated this year at the BAFTAs for Mary Queen of Scots (she plays QEI) in the supporting category. So she decided to really go all out and wear this bejeweled Chanel gown with full “wings” or something. I would be interested in seeing this gown without the stiff tulle nonsense – I suspect it would have been an interesting dress without it. As it is, I just hate this. 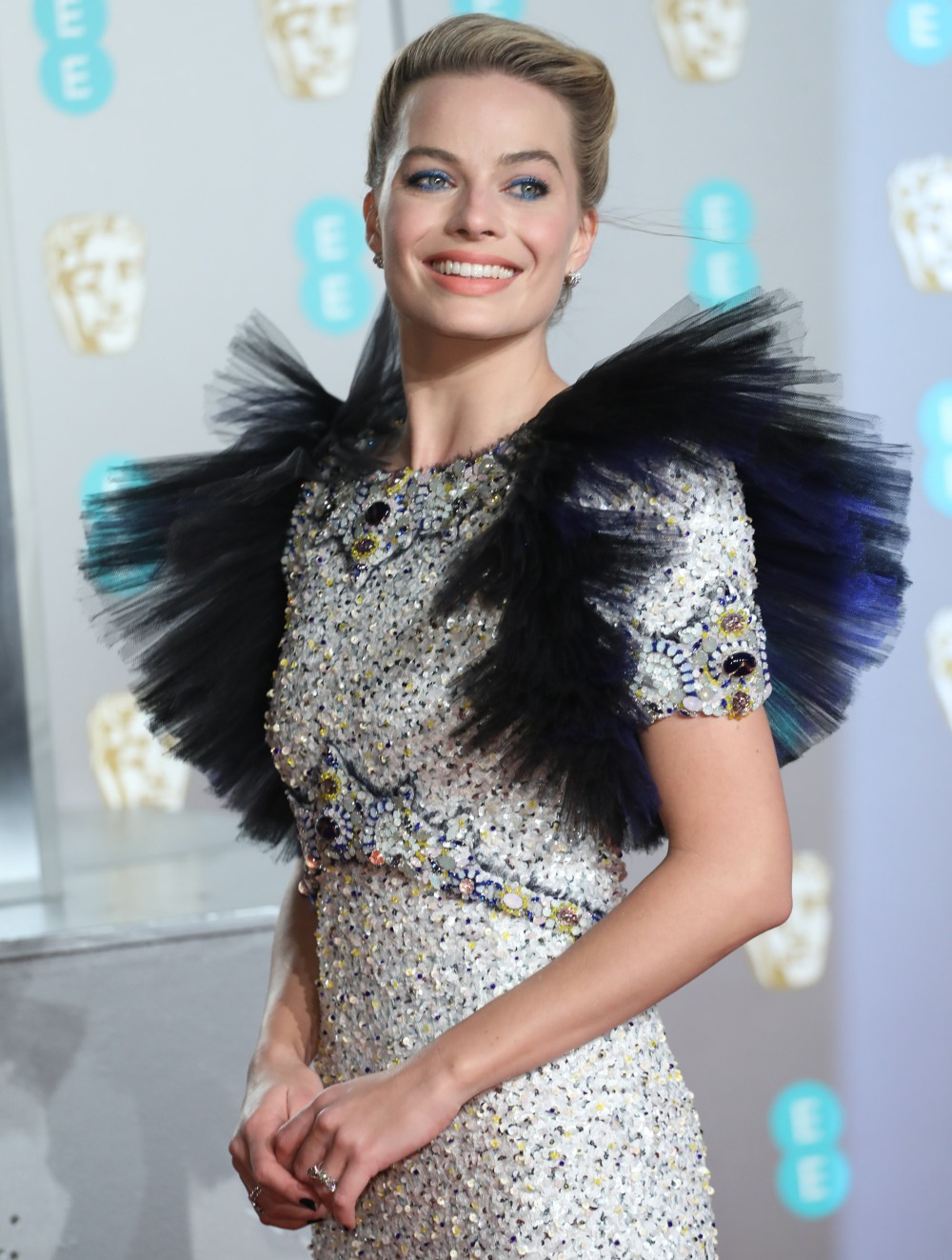 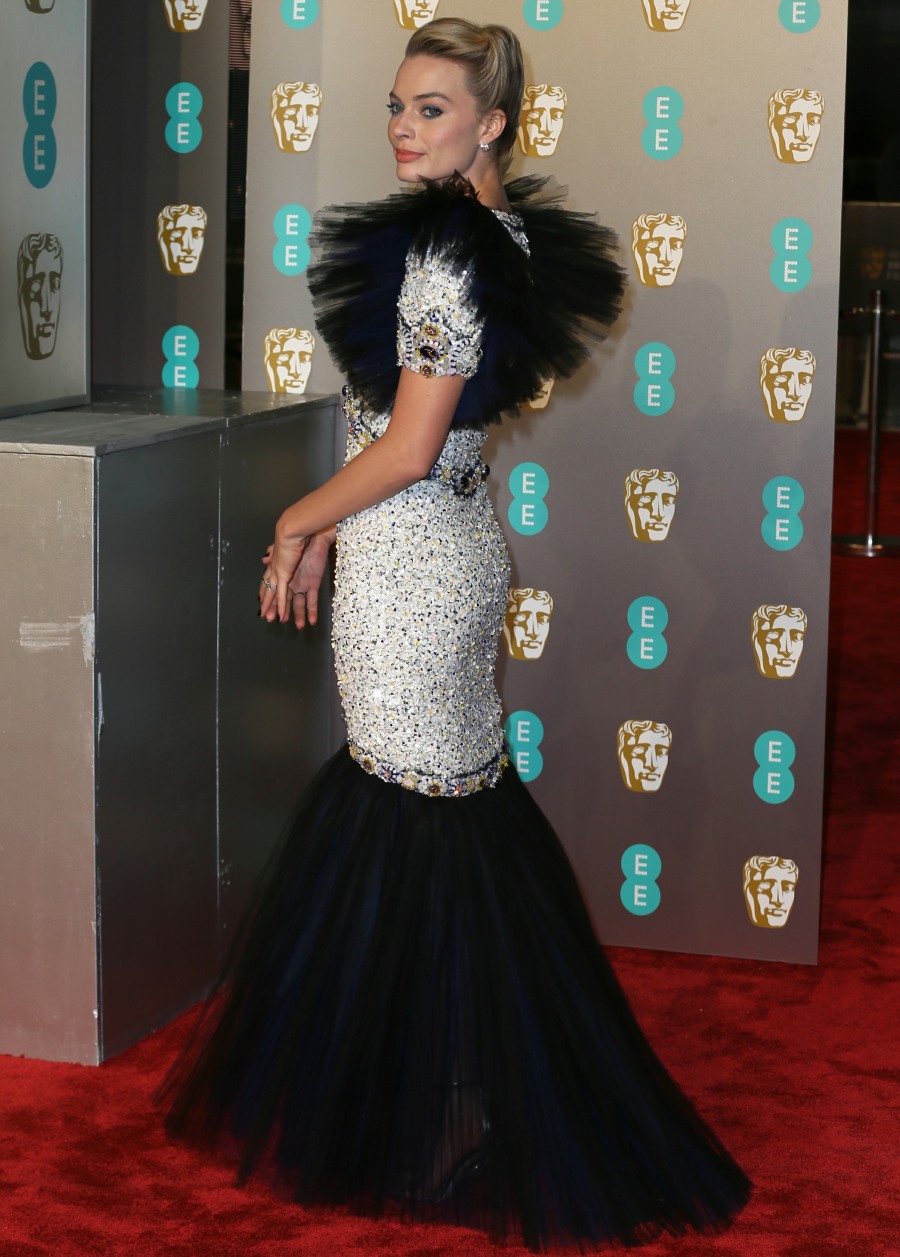 Viola Davis in Armani. This reminds me so much of the iconic ‘80s dress Julia Roberts wore in Mystic Pizza. Either you get that sartorial reference or you don’t. To me… I just think Viola could do better, but I don’t hate this. I’m actually impressed that the BAFTAs gave her a nomination for Widows, because she was GREAT in that movie. 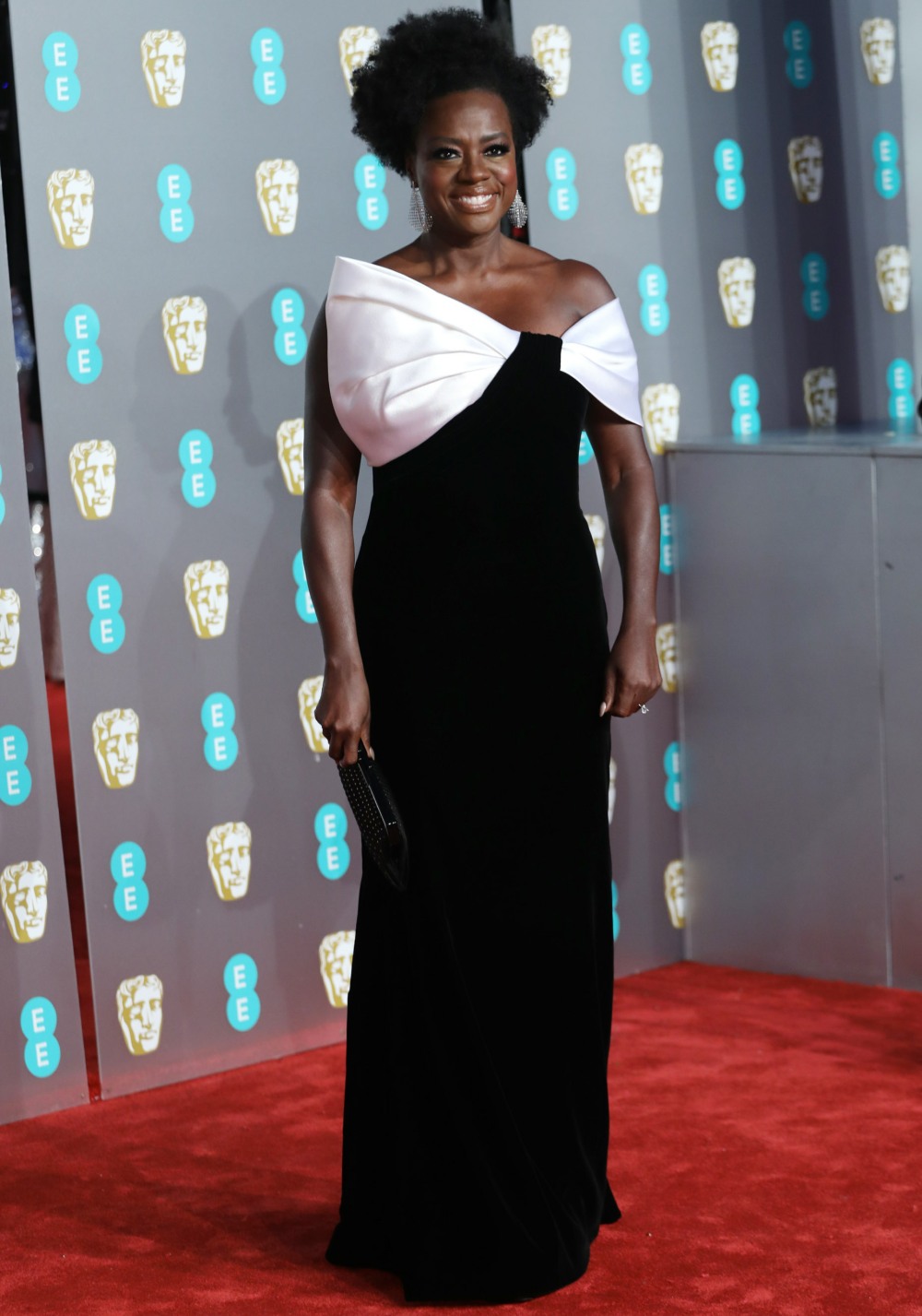 I heard a rumor that Adam Driver and his wife were quietly divorcing. Either that wasn’t true or they’re sticking together for the awards season. 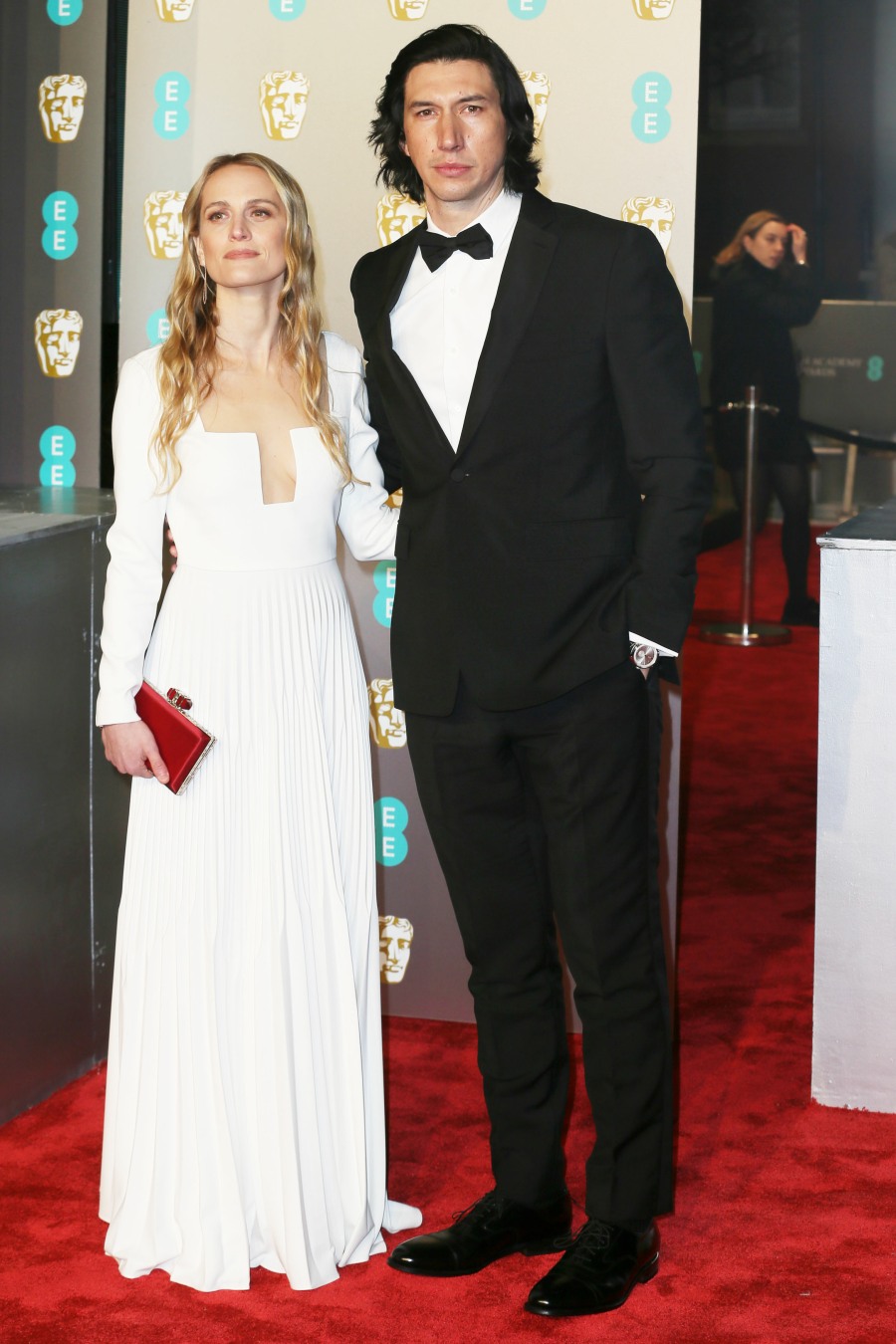 I love Claire Foy and I think she’s a lovely woman, but her style has been driving me crazy for months. This Oscar de la Renta is just such a snooze at THIS event, where she really could have blown it out. It looks like she just wrapped a curtain around her body and decided “f–k it, this is good enough.” The curtain is a pretty color and that’s the only nice thing I’ll say. 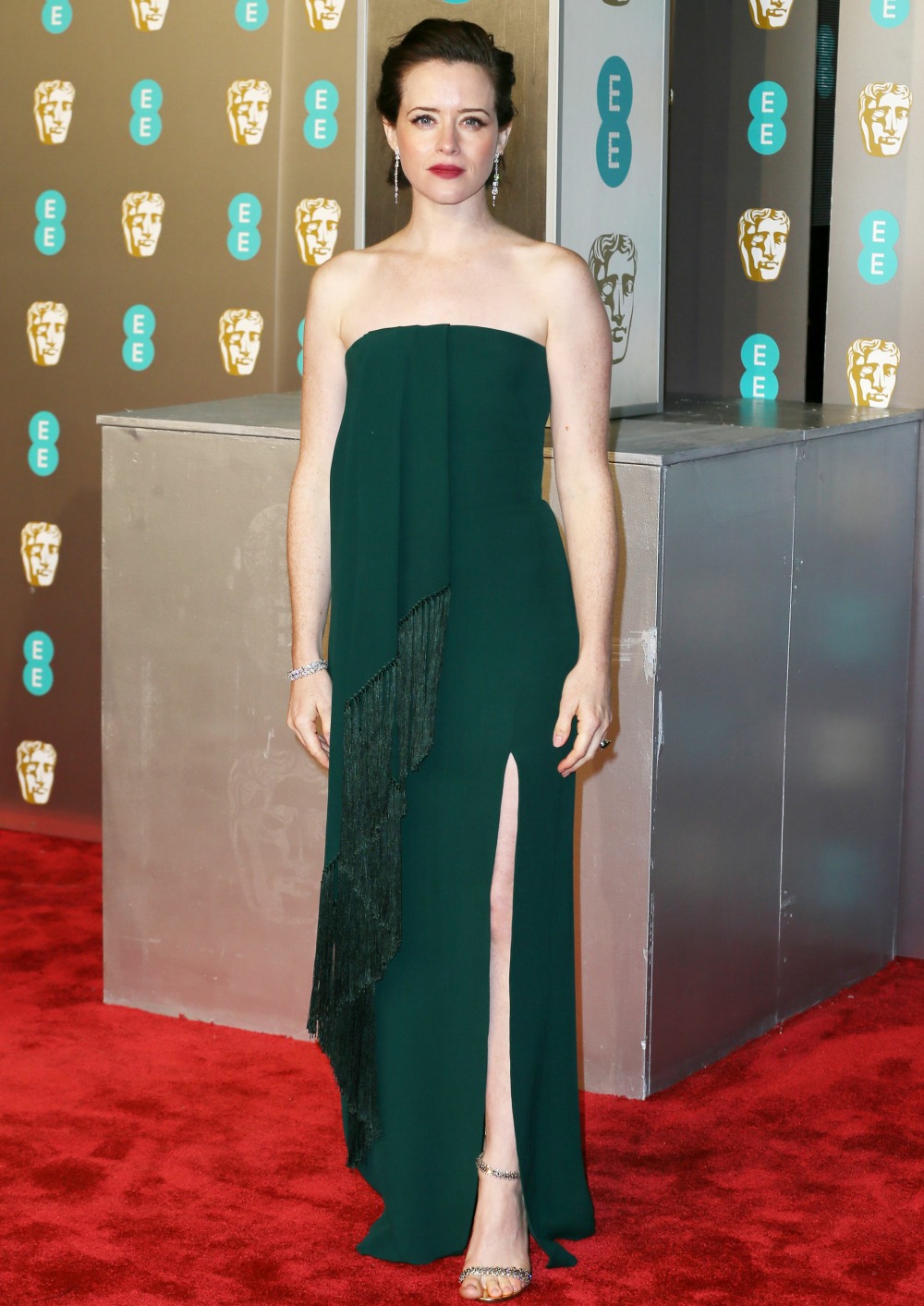 40 Responses to “Margot Robbie in bejeweled Chanel at the BAFTAs: gorgeous or overworked?”