Salma Hayek in Gucci at the BAFTAs: stunning, regal or struggling? 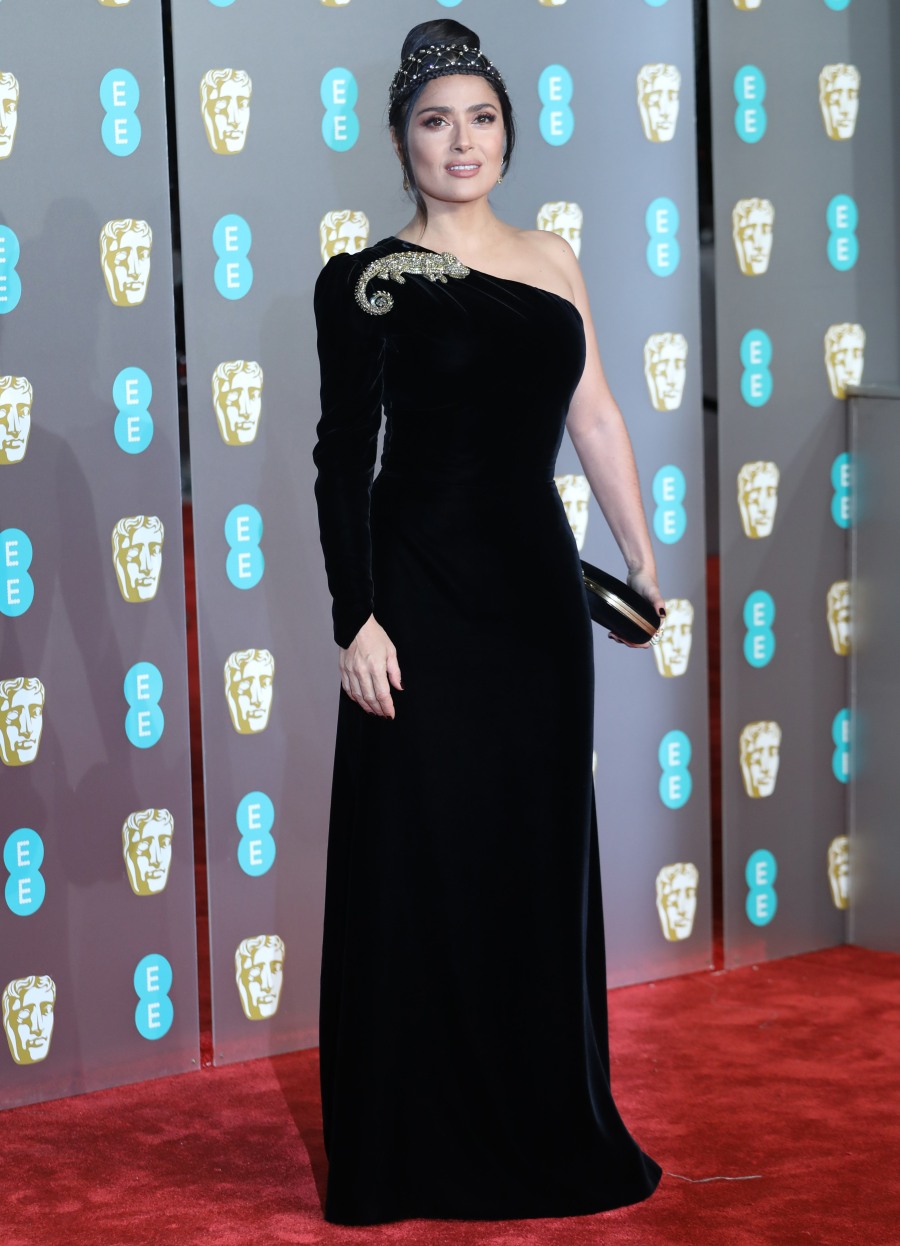 The BAFTAs felt somewhat low-key last night, probably because they fell – yet again – on the same night as the Grammys for all of us Americans. We have to make a choice about what to watch live, and most of us choose the Grammys. Salma Hayek attended the awards show as a presenter, and to represent Mexican filmmaking and Roma specifically. She ended up presenting her friend Alfonso Cuaron with his Best Director BAFTA. Salma wore one of the labels owned by her husband, Gucci, and I actually don’t hate the gown. It’s quite beautiful, really. What I don’t like is the headband and her hair. What awful styling choices for such a pretty gown. 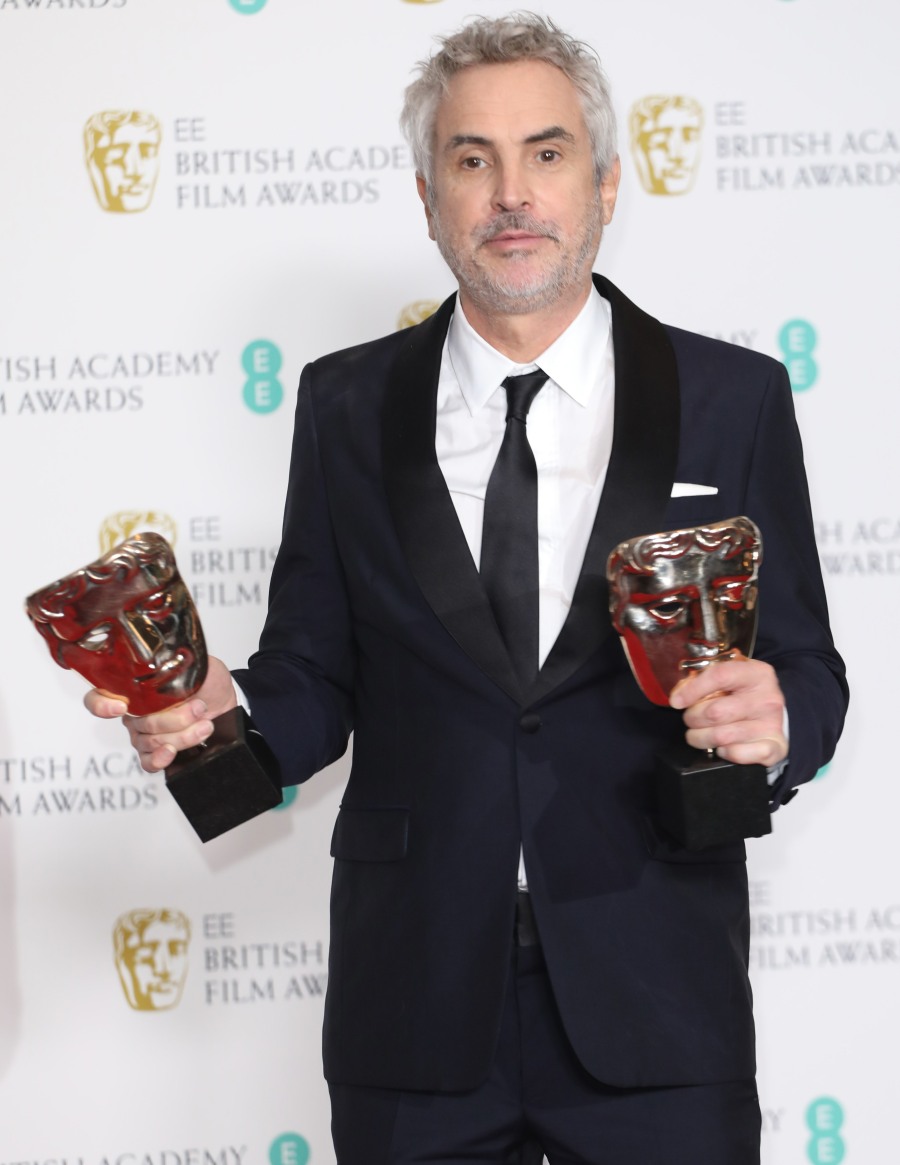 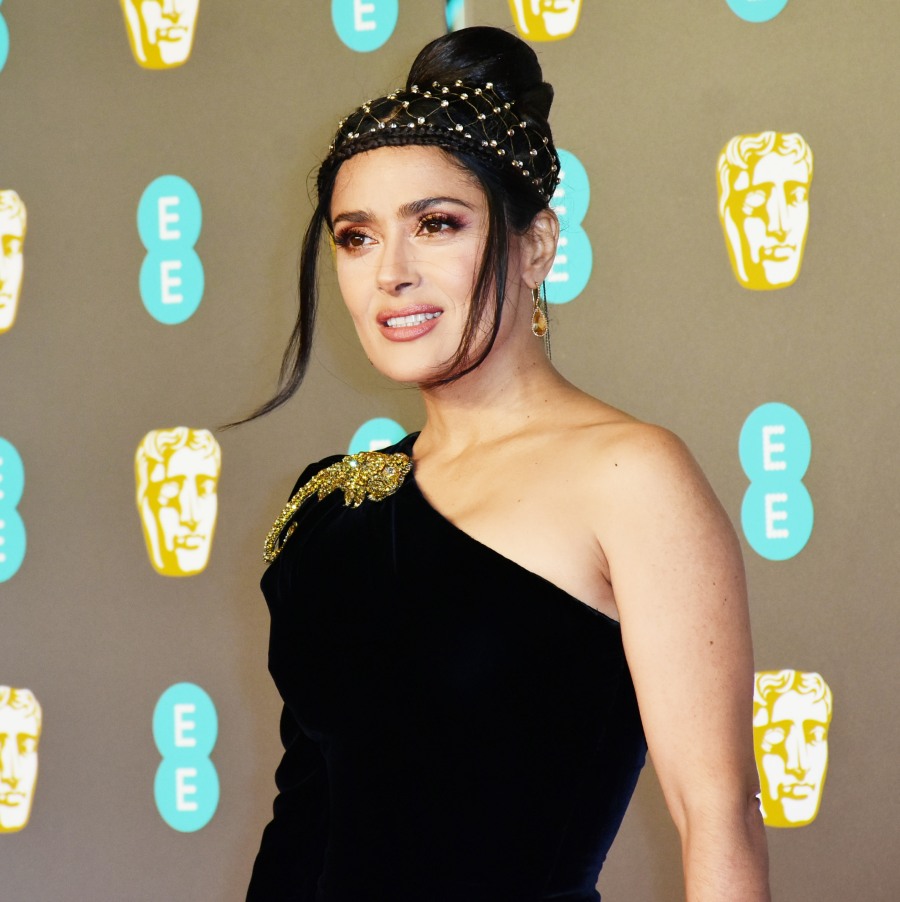 Glenn Close still feels like a sure thing for the Best Actress Oscar, but she lost the BAFTA last night – the Best Actress award went to Olivia Colman, as The Favourite picked up tons of awards. Still, Glenn looked regal in this Alexander McQueen dress. 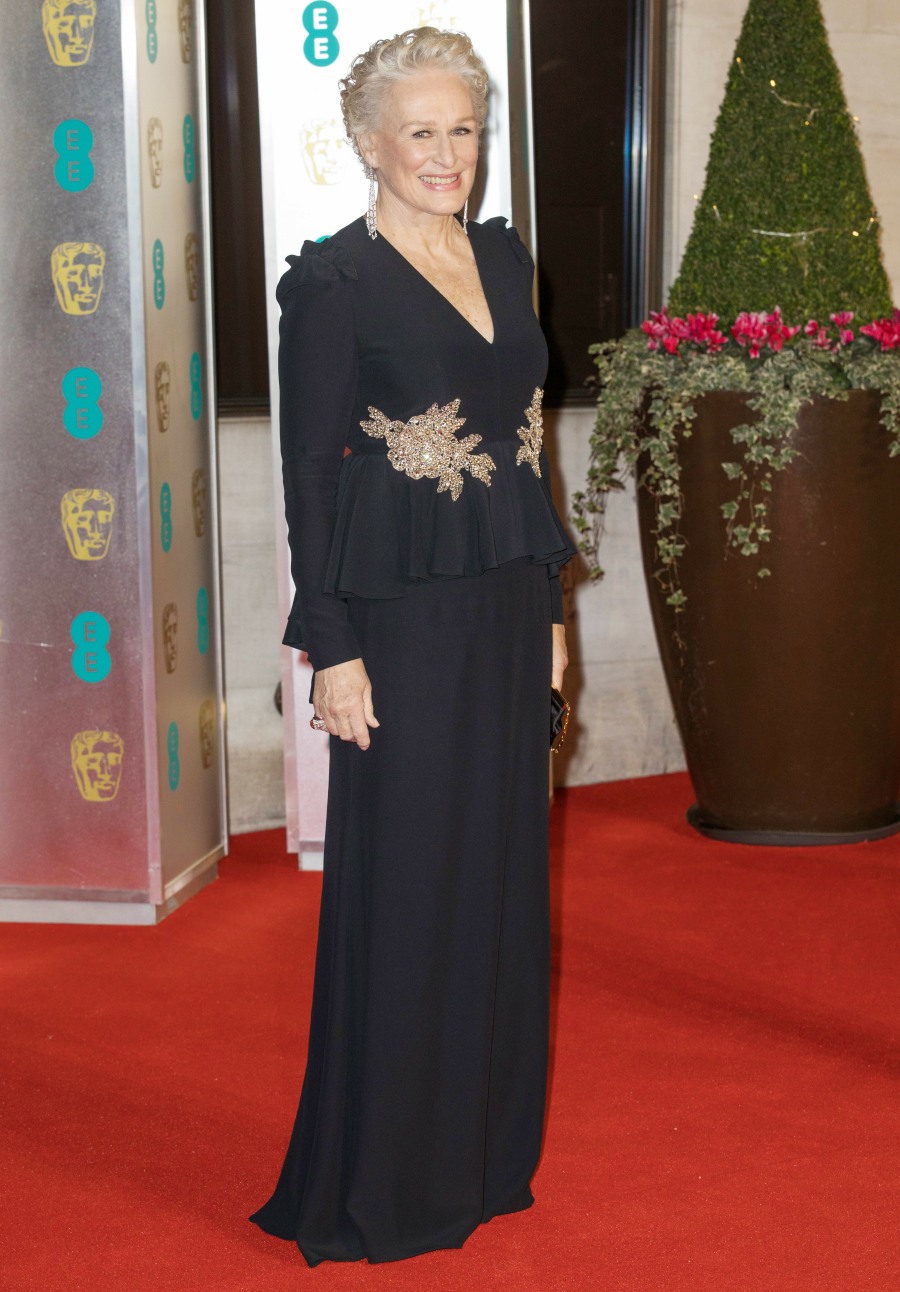 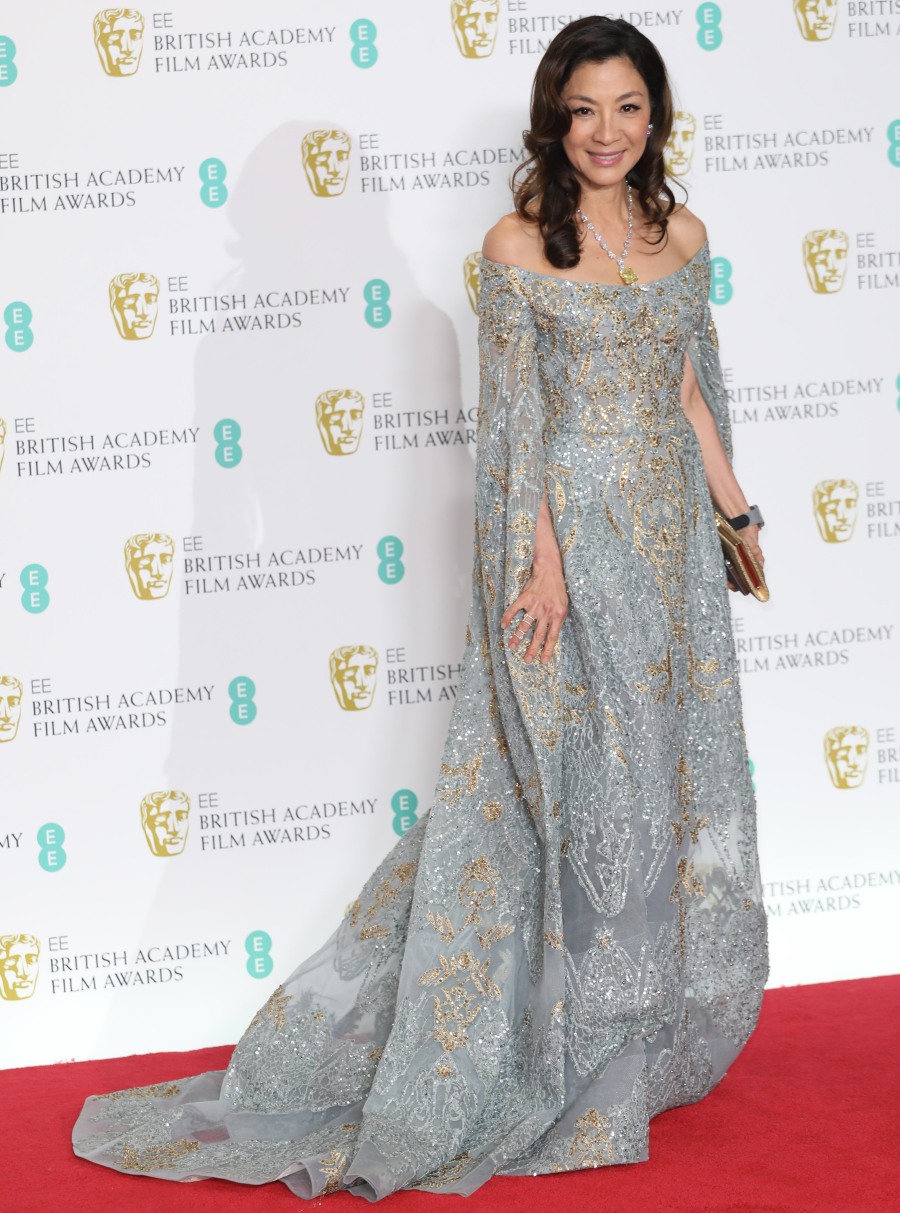 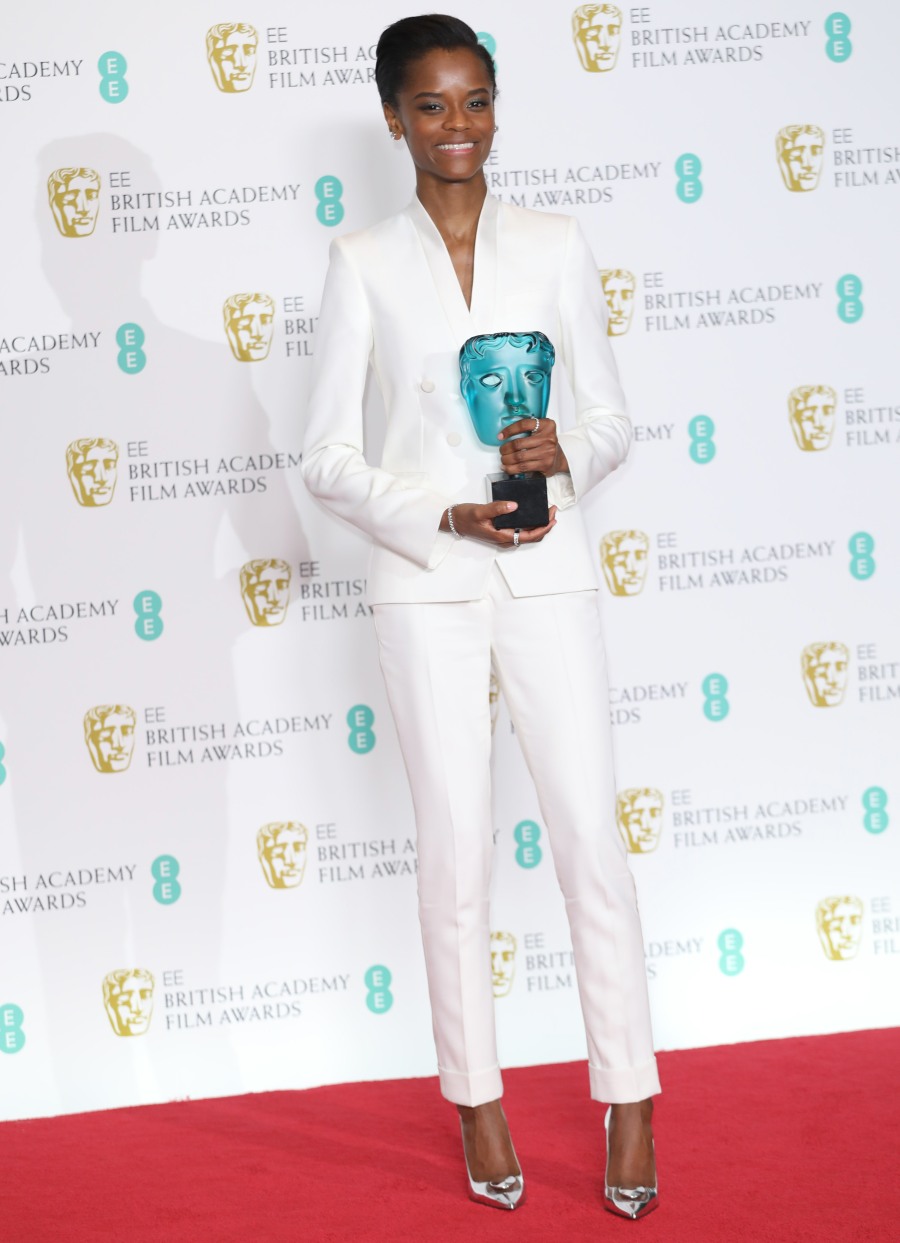 Rami Malek also wore white, and he picked up the Best Actor award for Bohemian Rhapsody. I still feel like… something might happen in this category at the Oscars. 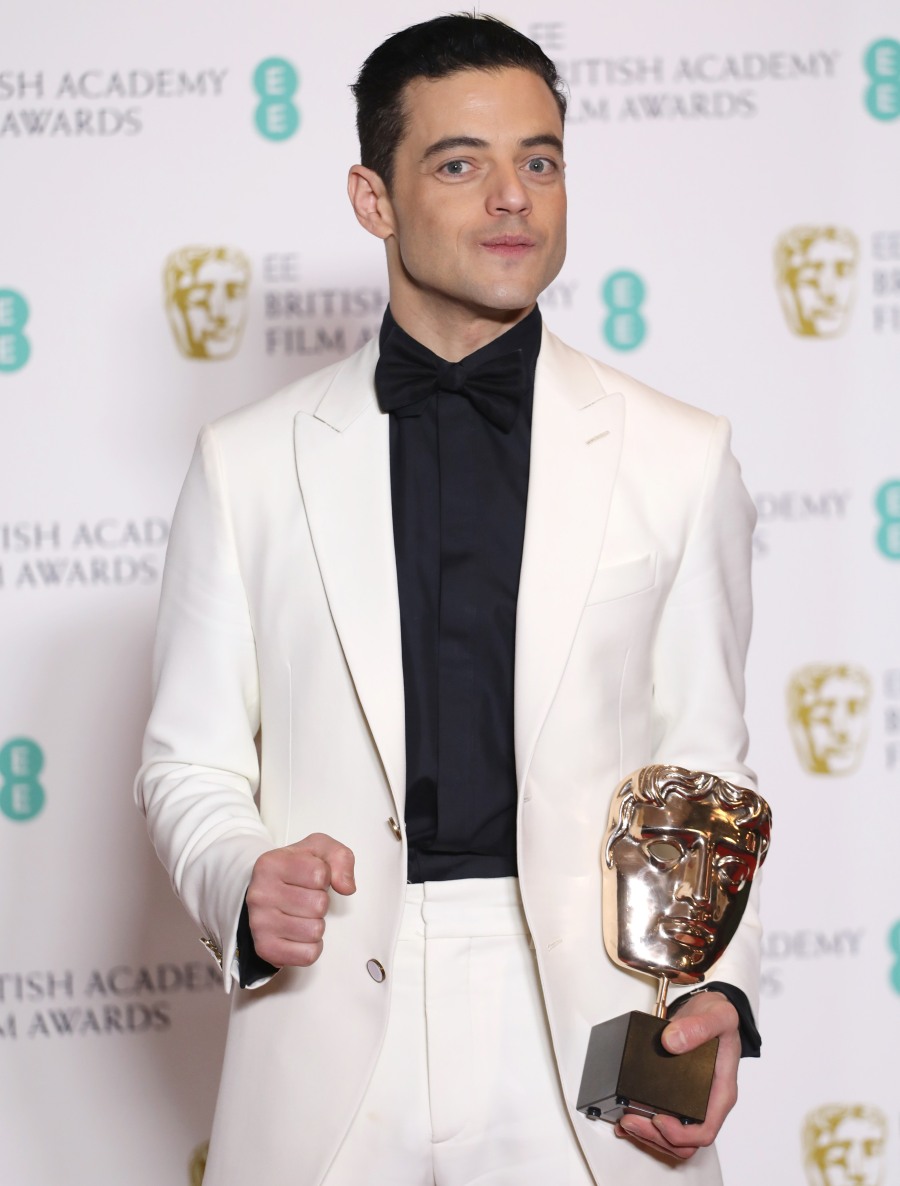 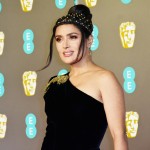 23 Responses to “Salma Hayek in Gucci at the BAFTAs: stunning, regal or struggling?”