Well, this is something. Katy Perry and Orlando Bloom are engaged after about three years of dating. Personally, I always thought that Orly was way more into Katy than she was into him, and I always thought that she tried to break up with him a few times over the course of their three-year relationship. But maybe it’s really a love match, who knows. Katy posted the Instagram, above, showing off the engagement ring. Katy’s mom also posted photos and video of the proposal:

Katy Perry confirmed on Friday that she got engaged to Orlando Bloom on Valentine’s Day, following a three-year on-off romance. The singer, 34, took to Instagram to share a picture of herself and her actor beau, 42, as well as her vintage pink engagement ring, simply writing: ‘Full bloom.’ Orlando shared the same snap, writing: ‘Lifetimes.’

Katy’s mother, Mary Hudson, broke the news on Facebook, sharing images of the emotional proposal and captioning them with: ‘look who got engaged last night’. Katy could be seen crying as she stands under a heart-shaped arch, while posing in the Orlando’s arms. Another shot showed the pair looking emotional while standing on stage, as Orlando takes to the microphone.

Katy looked incredible wearing a pink Alessandra Rich dress as she cosies up to the handsome star. Her nails were painted pink to match the ring, although this may have been a coincidence and she had diamantés artfully applied to one talon.

I had to look it up – Russell Brand dumped Katy by text in 2011, and their divorce was unpleasant, but relatively quick. That was eight years ago, and I’m shocked it was that long. After Brand, she dated John Mayer for a while, although I always thought they were very “off-and-on” too, just like her relationship with Orlando seemed to me. In any case, I’m happy for them. I think Orlando adores her and she likes being adored. 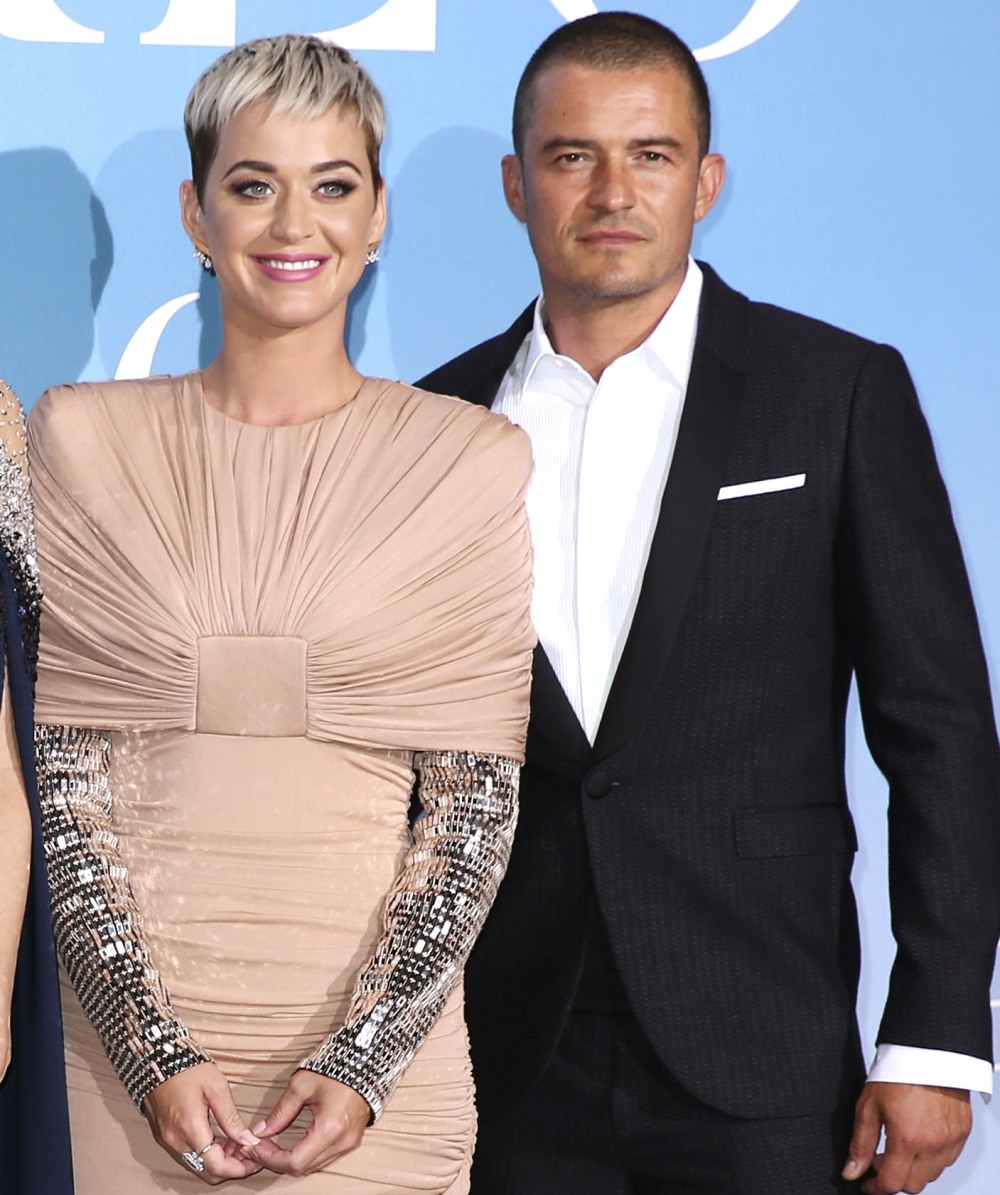