Angelina Jolie steps out with Pax, they went shopping on Melrose in LA 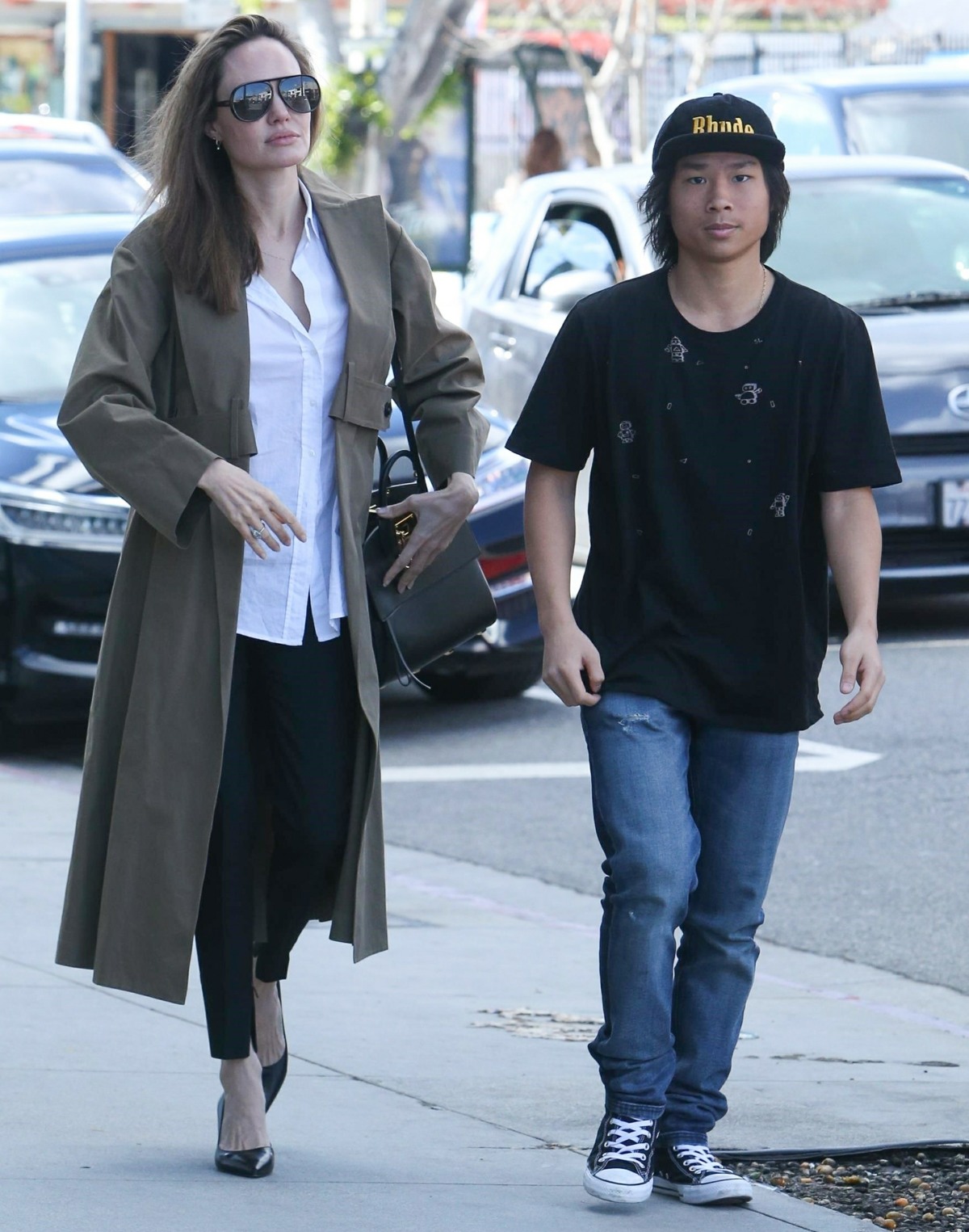 Angelina Jolie stepped out this weekend with her son Pax. They went shopping on Melrose Avenue, which is sort of an old-school pap stroll. What I always think is interesting is that Angelina Jolie has a certain image, which is largely self-created. That image is badass action heroine/globe-trotting humanitarian/studio-director. She’s all of those things. But she’s also a woman who has spent most of her life in LA. She grew up there. She presumably spent part of her adolescence shopping on Melrose with her mom. She’s raising her kids partially in LA, and she’s continuing that multigenerational LA life.

Anyway, people were making a big deal last week about how Angelina was probably very upset about Brad Pitt attending Jennifer Aniston’s birthday party, and all of the subsequent PR shenanigans about Brad & Jen 2.0. I honestly doubt Angelina gives a sh-t, just like I never believed she gave a sh-t about Neri Oxman or Charlize Theron or whoever else Brad was trying to date. Again, she dumped him. She’s living her life.

Also: remember when Angelina invented white blouses and trench coats?? LOL. I love her whole outfit here, even if I think that white blouse makes her look a tad preggo. Wouldn’t that be something? She’s not pregnant, of course. She’s just gained a little weight and it looks so good on her. 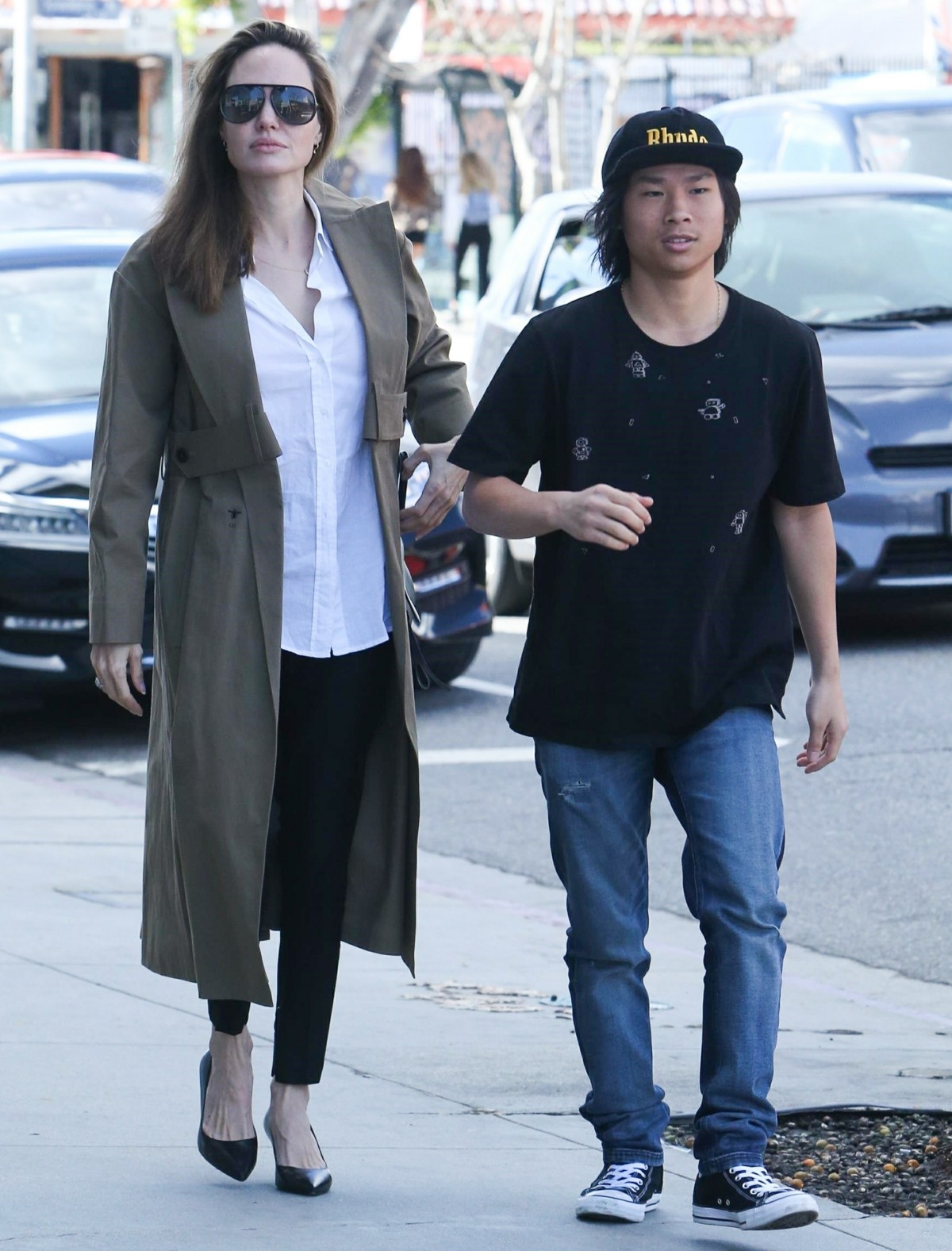 53 Responses to “Angelina Jolie steps out with Pax, they went shopping on Melrose in LA”