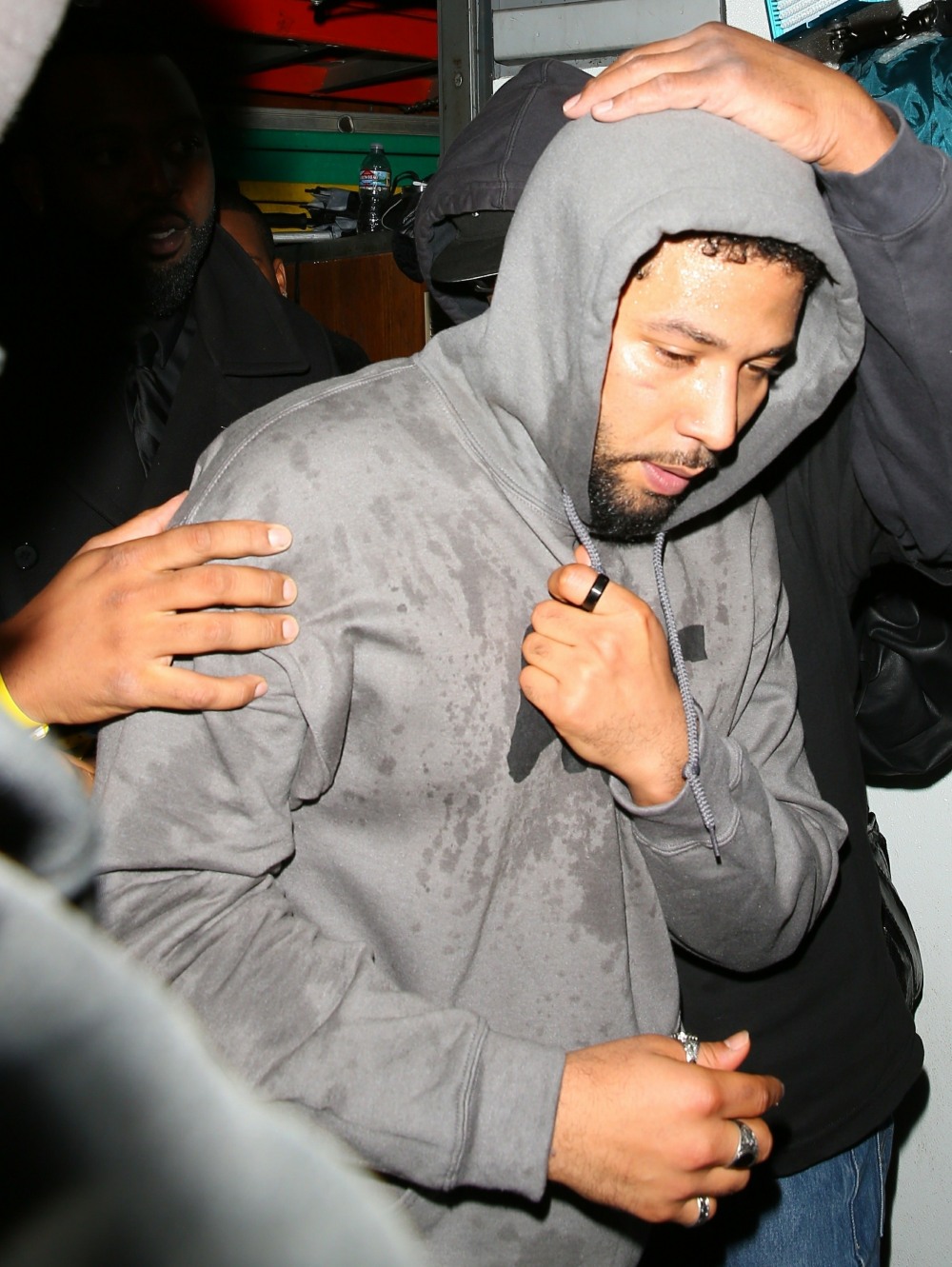 Jussie Smollett is either a very disturbed individual, or he’s a guy who is being worked over by many people all at once. Or both, maybe. People lie about crimes all the time, but it takes a special kind of fantasist to manufacture a hate crime against oneself. According to CBS Chicago, that’s what Jussie was all about:

“Empire” actor Jussie Smollett, upset after a racist letter sent to the show’s studio didn’t get a “bigger reaction,” is suspected of paying two men to attack him a week later, according to multiple sources with direct knowledge of the investigation.

“When the letter didn’t get enough attention, he concocted the staged attack,” a source told CBS 2 Investigator Brad Edwards. Other sources corroborated that information. The blockbuster revelation into at least part of Smollett’s potential motive comes two days after CBS 2’s Charlie De Mar reported Smollett and two brothers — Ola and Abel Osundairo — staged the attack on Jan. 29 in Streeterville.

De Mar spoke on the phone exclusively with the Osundairo brothers Monday afternoon. In a joint statement, they said: “We are not racist. We are not homophobic and we are not anti-Trump. We were born and raised in Chicago and are American citizens.” Smollett received a letter containing a white powder Jan. 22. The letter was mailed to Chicago’s Cinespace Studios, where the show “Empire” is filmed. The letter prompted a HAZMAT response. CPD says the “white substance” was later determined to be aspirin.

Was this really just about Jussie wanting attention? Was it really just about using Trump’s Deplorables as a convenient (terrible, but convenient) boogeyman for what was really just a cry for help from a profoundly disturbed dude? This is like when fire fighters set fires so they can be the heroes and save everybody – Jussie wanted to be seen as the hero of the anti-Trump peeps, I guess? TMZ also says that the Nigerian-born brothers also told cops that they “rehearsed” the attack on Jussie, with Jussie:

Jussie Smollett rehearsed the “attack” against him days before the incident and it was all staged for the camera, this according to what the 2 brothers told cops. Law enforcement sources tell TMZ, Abel and Ola Osundairo told cops they got in a car with Jussie and scouted a location, settling on the one right outside the actor’s apartment. The brothers said Jussie chose the spot because he believed a camera would have captured the action.

Our sources say the brothers told police Jussie said he wanted to make it a “physical thing,” but not to the point he’d be seriously injured. On the night Jussie says he was attacked, the brothers claim they showed up at the scene but were extremely nervous because, just as they played out the scene, a car drove by and they were worried they’d be ID’d.

Our sources say the brothers performed per the rehearsal — they screamed out they recognized Jussie from “Empire” and then hurled the racist n-word and the homophobic f-word. The brothers told cops they “made contact with Jussie’s face” but it was “weak.” They said they didn’t know how he suffered the bruises but the staged fight was not designed to injure him.

Something that doesn’t make sense, just from a “fabricate a threat and stage a physical assault” aspect… Jussie clearly thought that he had picked a location where the attack would be recorded via street camera. So why were the Nigerian guys just hanging out there? And what did Jussie do, just walk up to them and say “let’s do this”? If there had been video evidence, it would have been clear that there were like 10 fishy things about the assault. It’s very weird.

It looks like Empire producers are over it too – after spending the money on added security for Jussie and the rest of the cast, Empire is severely cutting down Jussie’s role in future episodes. He was supposed to have several big scenes in the last episode, which is being shot now, but many of his scenes have been cut and writers are working overtime to rework the season finale. 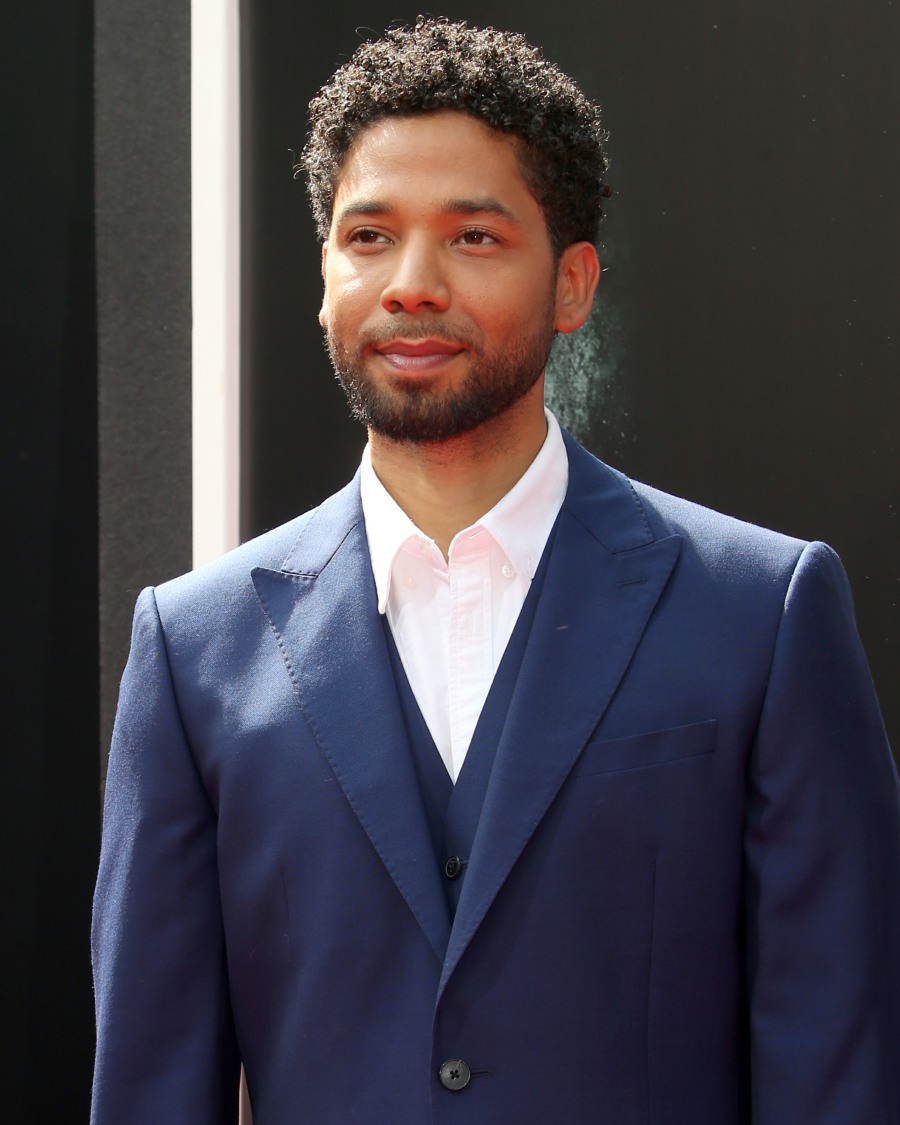