Thank you to the Brits for the award for Best International Group. I won this award back in 2002 with my besties, Kelly and Michelle. How lucky am I to have been in a group with my other best friend, the GOAT Hova. 🙌🏾 In honor of Black History Month, we bow down to one of our Melanated Monas. Congrats on your pregnancy! We wish you so much joy.

The BRIT Awards were last night. Dua Lipa, Calvin Harris and Sam Smith turned up. Beyonce and Jay-Z did not physically turn up, even though they were nominated as “Best International Group.” The Carters ended up winning, and they had prepared a lovely little video thanking their British fans. And by “prepared a lovely little video,” I mean that Beyonce and Jay-Z commissioned a damn painting of the Duchess of Sussex, only the oil portrait is of Meghan as Queen of the Realm. LMAO. Beyonce and Jay arranged the video so that it panned out from the painting just like in their video for “APESH-T,” with the Mona Lisa. Watch this:

LMAO. I LOVE BEYONCE. She was sitting there, drinking wine, watching Rumi and Sir learn how to levitate and bend spoons with their minds. She turned to Jay and said, “We’re not going to the BRIT Awards, right?” Jay: “Nah, let’s stay home, but we can make a video.” Beyonce: “Good, because I have some ideas. Let me contact a painter and an art historian specializing in portraits of monarchs.”

Beyonce decided to enter the f–king game. Those hateful, xenophobic, racist royal reporters aren’t going to know what hit ‘em. They think it’s bad right now? Wait until Beyonce gives the nod to the Beyhive to defend Queen Meghan’s honor at every turn. Bee emojis will be turning up on every royal reporter’s social media. Bey stans will fly to London JUST TO HISS AT ROYAL REPORTERS. Oh, it’s going to get good. *prepares the bee emojis* 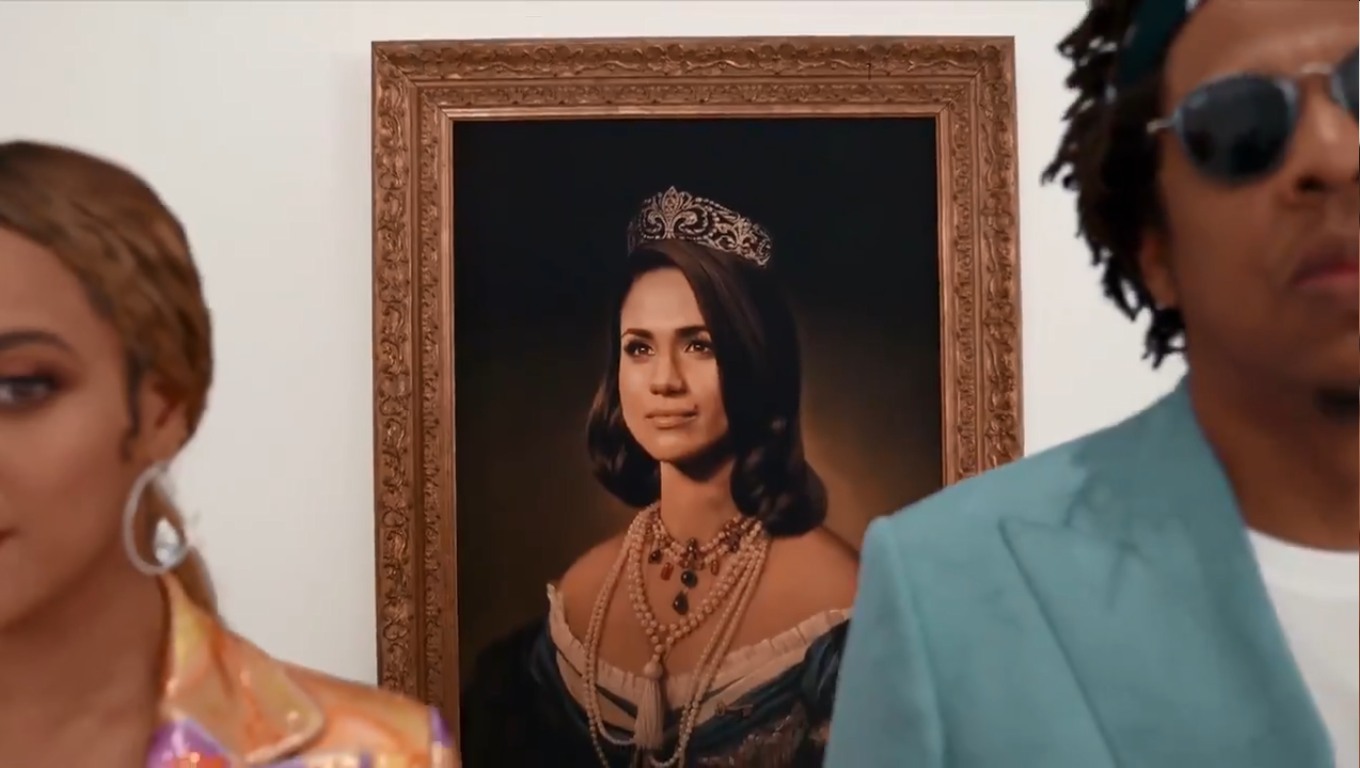