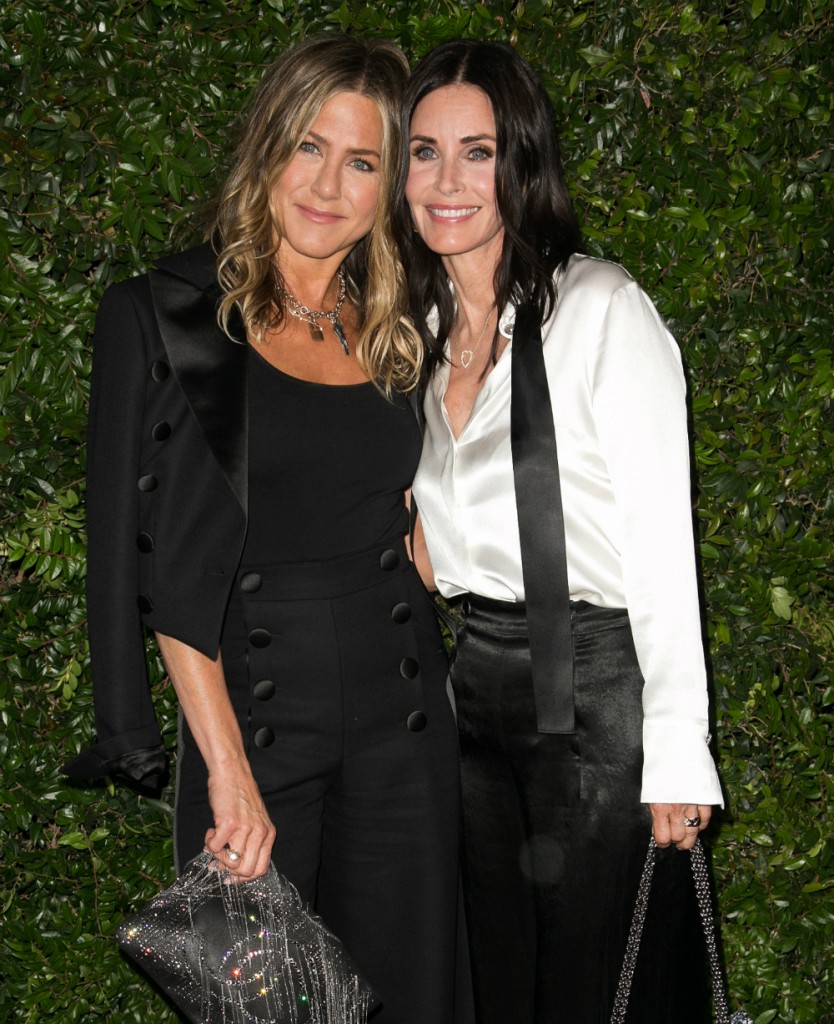 As we well know by now, Jennifer Aniston had a swanky bash for her 50th birthday. One of her besties, Courteney Cox, attended. I think some other people did as well, but I don’t think that got much publicity (/s). So what does one get the birthday girl who already has everything? A pottery wheel. At least, that’s what Courteney and a group of Jen’s friends did. And to thank Courteney and Co, Jen jetted them to Cabo and they all thought they were going to die.

Courteney, Jen and some friends were flying from L.A. to Cabo San Lucas, Mexico for Aniston’s birthday party when they heard a loud bang.

Cox revealed, “I’m not afraid of flying at all… my dad was a pilot… but I was really scared, because when we were taking off, we heard this really loud bang and I was like, ‘Oh, that sounds like we should probably check that tire.’”

She continued, “There was no tire at all, there was no wheel. Luckily, there are two wheels on each side and two in the front. I have to say, we were in the air for four hours, burning off fuel and just thought of what it is going to be like when we land… it was a really smooth landing.”

Courteney added, “I sent a little text to Coco, ‘I love you,’ I didn’t say why, and to Johnny [McDaid]… I told him everything that was going on and I FaceTimed him after.”

Cox also revealed what she got Jen for her big birthday. “A bunch of us got her a pottery wheel and lessons, even though she’s a great artist, and a table, a big beautiful antique table.”

Unlike Courteney, I am afraid of flying and would still be shaking from that flight. And telling a different ending, if a flight is going to scare a decade off my life, I’d embellish something more dramatic than a smooth landing to tell at parties (and maybe limp a little, for effect). But I’m glad there was no harm to anyone save the plane. I’ll bet the Cabo Girl Talk was a bit more reflective than the usual margarita gossip. Maybe they discussed what Jen should make first on her new pottery wheel? I know! She can make a symbolic wheel for each Cabo guest. I’ve never heard Jen was an artist, I hope we hear more about that.

Courteney is currently promoting her Facebook Watch docu-series, 9 Months with Courteney Cox. The show follows a number of couples from conception (not like the actual conception but, you know, the positive pee-stick) to birth and documents all the emotions around wanting and struggling with having a child. Courteney has been very open about her infertility struggles and is helping others understand the strain it can put on people/couples. 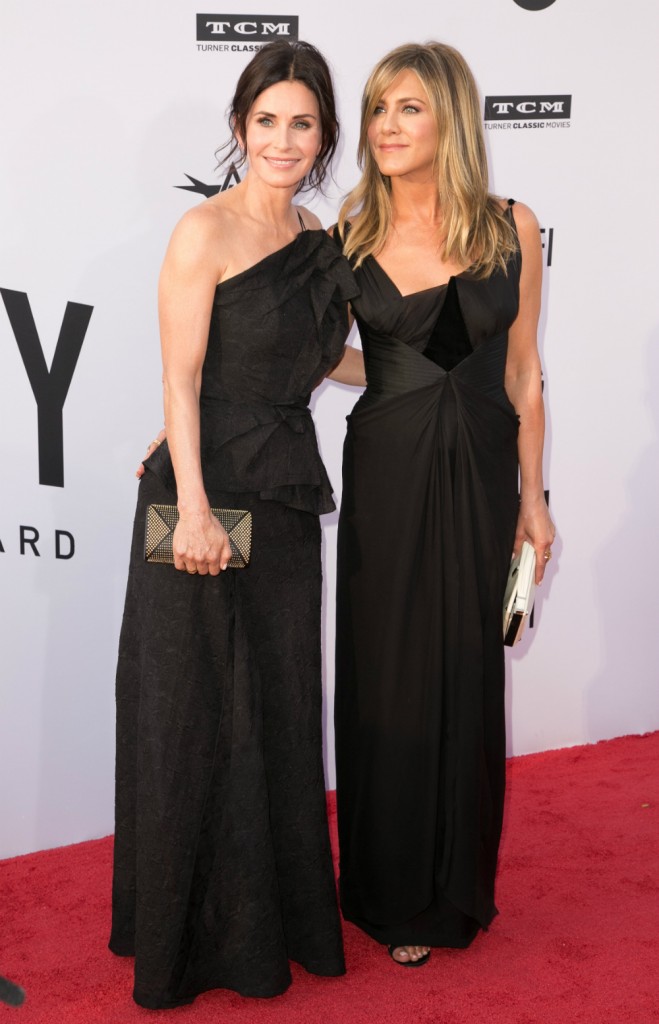 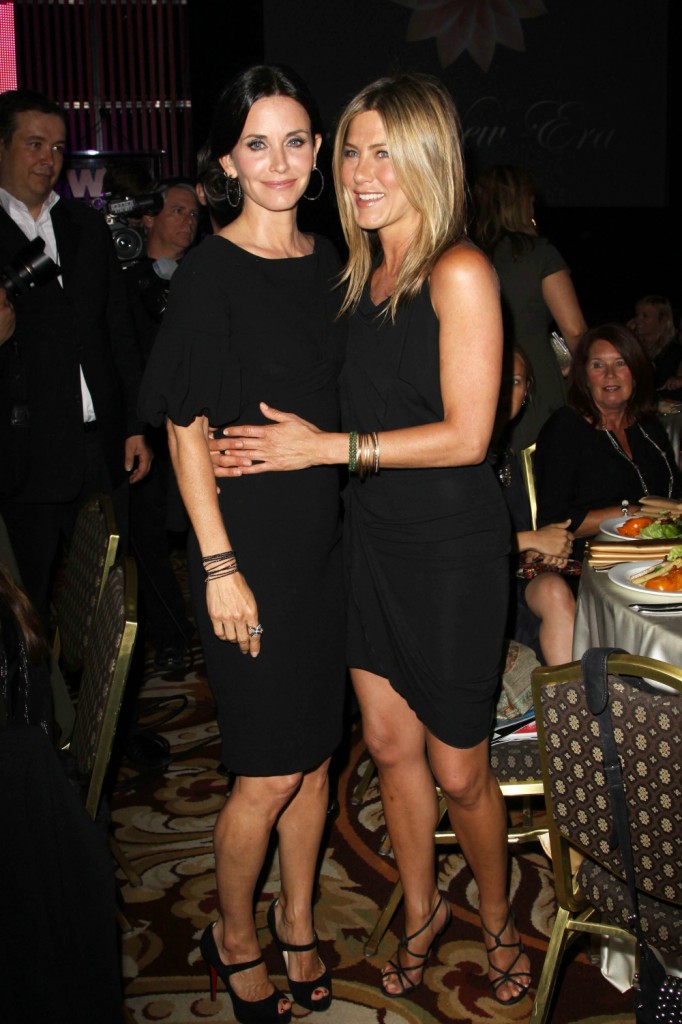 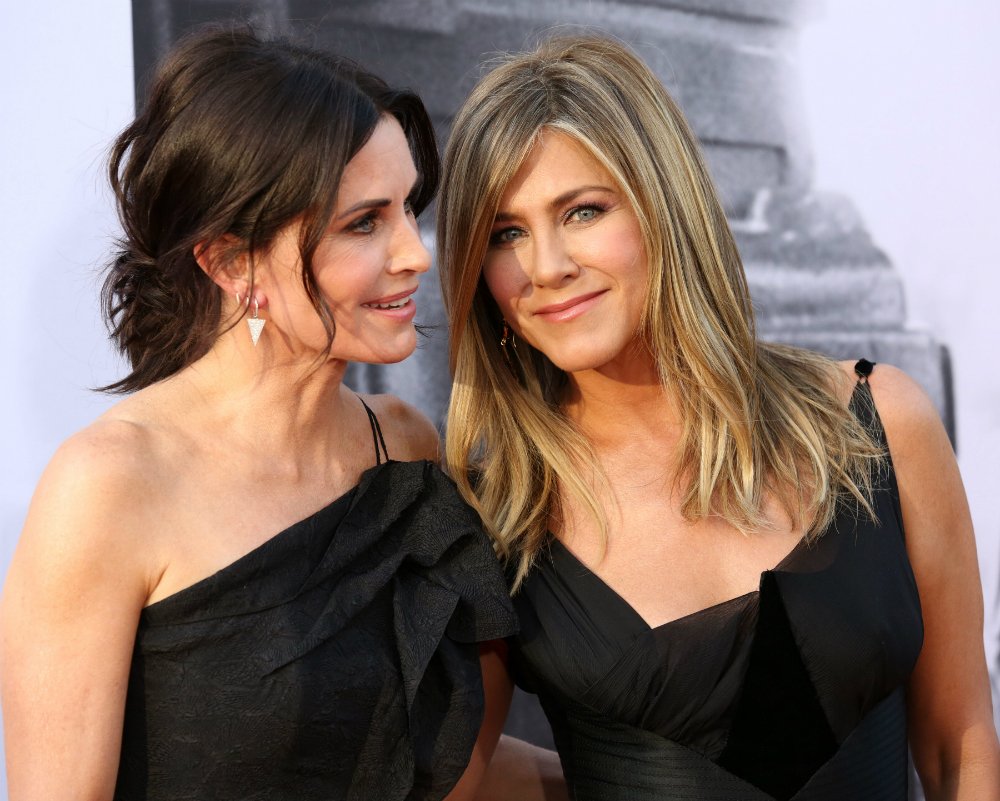